On February 10 and 11, 2018, Felipe Cancino (Chile), Max Fisher (Canada), and I reached the summits of two previously unclimbed peaks on the Northern Patagonia Icefield (Campo de Hielo Norte). The first, Punta Pantagruel (2,410m), had already been named and was attempted as recently as 2017 (see report here). We managed to climb it via a route on its east face that we dubbed Brisa Suave (350m, M6 C1 70°). The name means “soft breeze,” which is what the weather forecast called for on a night when the winds almost snapped our tent poles! The second peak, Cerro Fantasma (2,252m), was not previously named, and in fact did not even appear on the official map of the area —hence the name, which means “ghost peak.” We climbed Cerro Fantasma via its southwest face (300m, AI4).

In total, our expedition lasted 16 days. After months of planning, we convened in Coyhaique in late January and drove south to Puerto Bertrand. On February 1, we received a boat ride across Lago Plomo from Tyo, a Bertrand resident and an old friend of Felipe’s, and then we started walking up the Soler Valley toward the Nef Glacier. We were very grateful to walk with light packs on the first day while Ramón, a local poblador, carried our gear and food on several horses and met us about 20km up the valley, near the edge of the Nef. 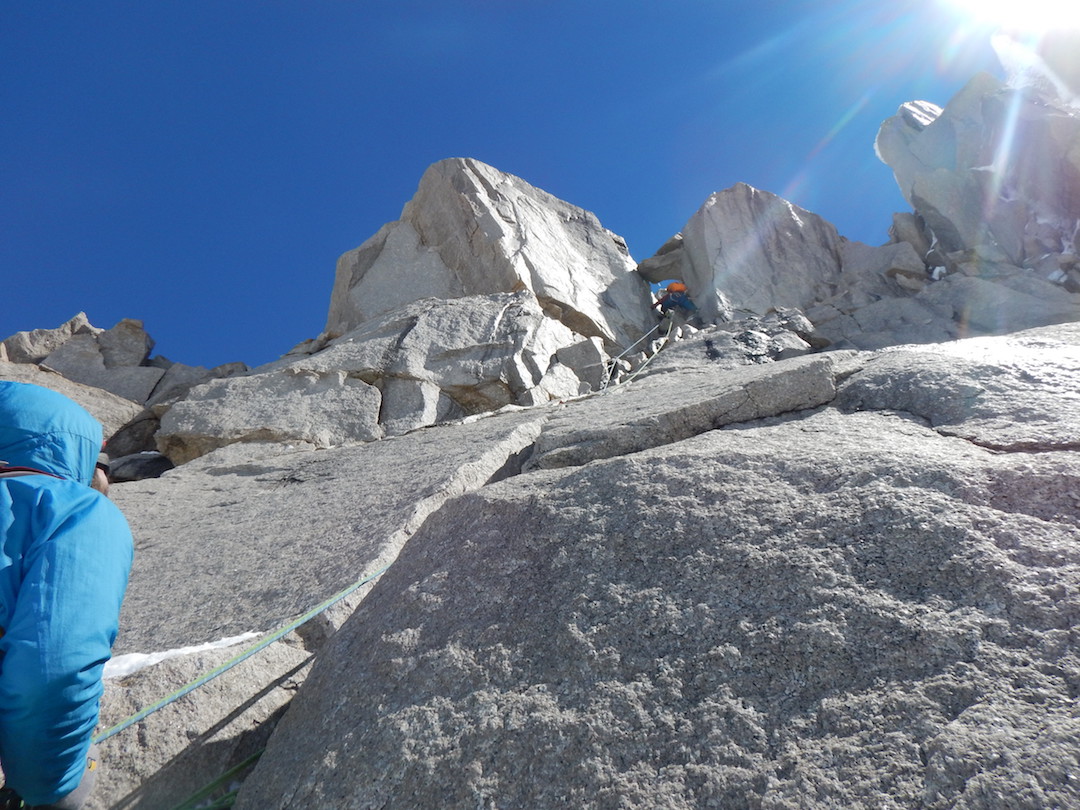 We were self-supported from that point onward and spent the next eight days ferrying loads westward across the Nef and then north up the moraine and up a small glacier to establish a high camp just south of Pantagruel. During this time we encountered some challenging weather and almost watched the expedition fall apart when one of our boot liners took off in a huge gust of wind in the middle of the night. Fortunately, we recovered the liner and managed to reach our high camp during a snowstorm on February 9.

The next morning dawned cold, clear, and with minimal winds, and we giddily took off for Pantagruel. We reached the summit under a cloudless blue sky. From there, we got our first glimpse of Cerro Fantasma to the north—a peak that is indistinguishable on earlier maps of the icefield but had been brought to our attention by Camilo Rada and his inspiring Uncharted project. We decided to attempt it the next day and left camp only eight hours after returning from Pantagruel. The climbing on Fantasma was more straightforward than Pantagruel, but with more challenging conditions: By the time we reached the summit ridge, we were climbing in wind, rain, and low visibility. We reached the summit in whiteout conditions. After a few rappels and some downclimbing, we were back on the glacier in early evening—wet, cold, and happy! 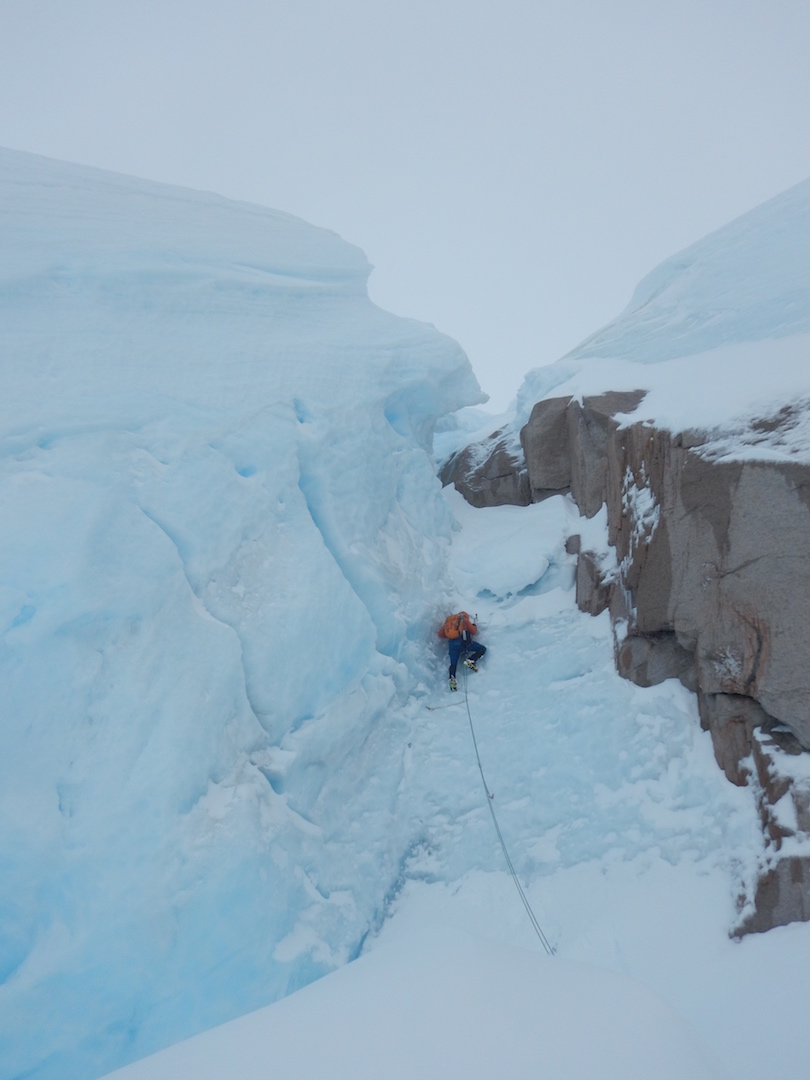 We were prepared for an expedition of 20 days, but on February 12 we received a forecast via InReach that predicted serious winds and significant precipitation starting the next morning and continuing into the foreseeable future. We considered trying to squeeze in one more climb, but ultimately decided to be grateful for two days of fantastic climbing. And so much is like this: knowing when to push hard and when to ease off. We headed down that afternoon, reaching Lago Plomo again on February 15 and getting picked up by boat the next day.

We felt proud that our expedition had made a small contribution to Camilo Rada’s growing storehouse of knowledge about this incredible area. We also benefited tremendously from attentive weather forecasting by Frank Preston, generous sponsorships from NOLS and Patagonia, and unfailing hospitality from residents of Puerto Bertrand and the surrounding areas. We humbly look forward to continuing to explore the vastness of Campo de Hielo Norte.