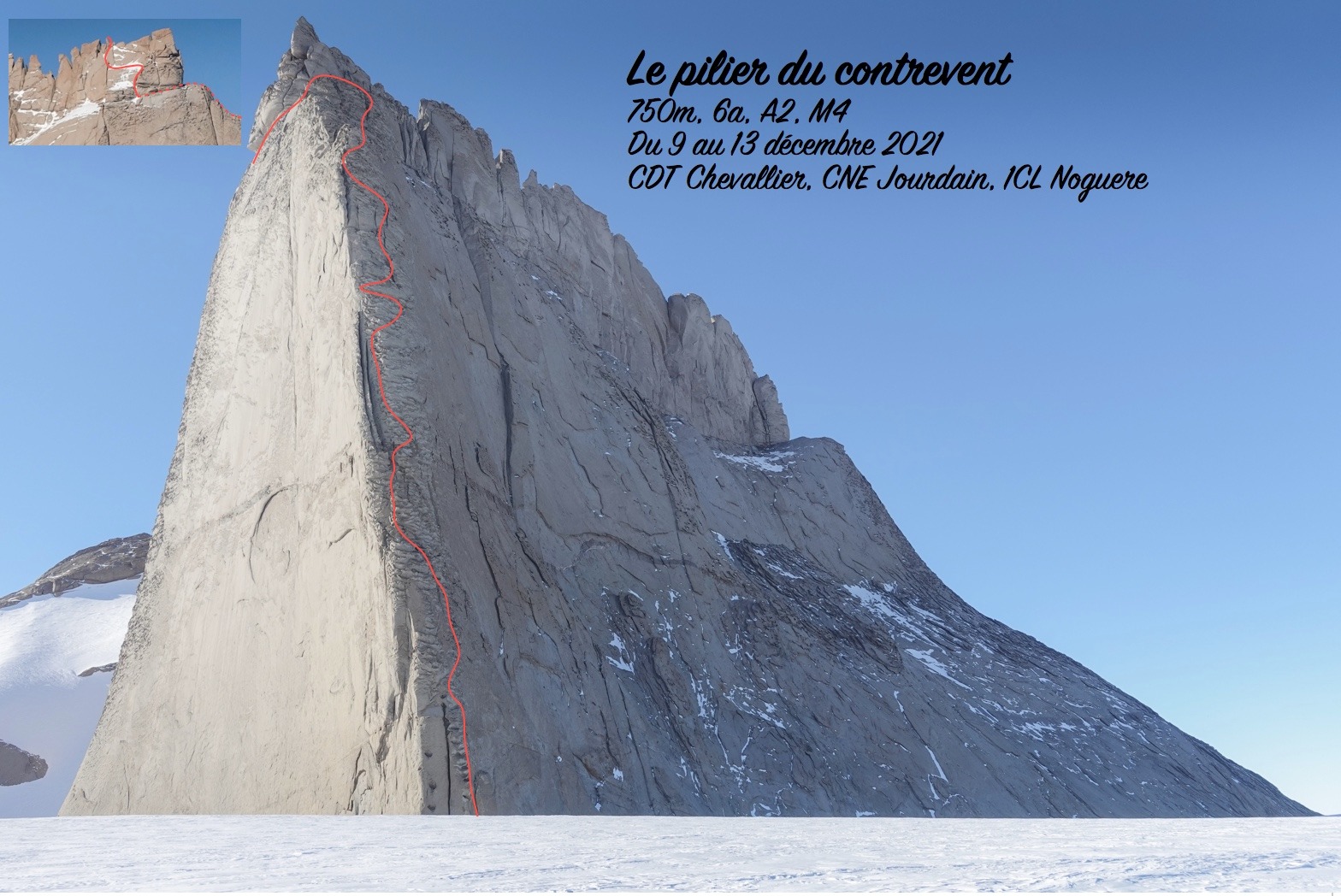 The French Groupe Militaire d’Haute Montagne (GMHM) once again sent a team of mountain soldiers to Queen Maud Land for exploratory ascents during November and December. Jacques-Olivier Chevallier, Didier Jourdain, Sebastian Moatti, and Jordi Nogeure used kites to help ski the 37km from their landing site, near the well-known spire Ulvetanna, eastward to the Conrad Fjella peaks at the northern end of the Orvin Fjella massif. Their primary objective was a striking granite prow on the east side of twin-summited Sandneshatten (2,200m, 71°41’57”S, 9°41’20”E).

Sandneshatten’s eastern and highest peak was first climbed in 2006 (AAJ 2007) by a Norwegian team led by Ivar Tollefsen, the climbing pioneer of the region, and it received a second ascent in 2009 by Austrian guide Christoph Höbenreich with Karl Pichler and Paul Koller (AAJ 2010). Both parties climbed moderate terrain on the south side. When the French were researching potential new lines in the area, it was Höbenreich who suggested the impressive wall beneath the east summit.

On December 3, the four French climbed the moderately angled and sweeping northeast arête of the east summit, which gave 800m of rock climbing (French 5), followed by steep snow (up to 60°) and mixed terrain up the northern side of the summit tower.

Six days later, Chevallier, Jourdain, and Noguere set off for the main objective: the prow on the east face, zigzagging up a line of tafoni. (Tafoni are giant pockets in the granite formed by a combination of chemical and physical weathering, with the strong wind of the region removing rock softened by temperature and salinity changes.) At the top of the pillar, they moved left across the upper south face and up mixed ground to the summit. The climb took four days. The 750m line, with climbing to 6a A2 M4, was named Le Pilier du Contrevent (“Windbreak Pillar”).

— Damien Gildea, with information from Didier Jourdain and Christoph Höbenreich 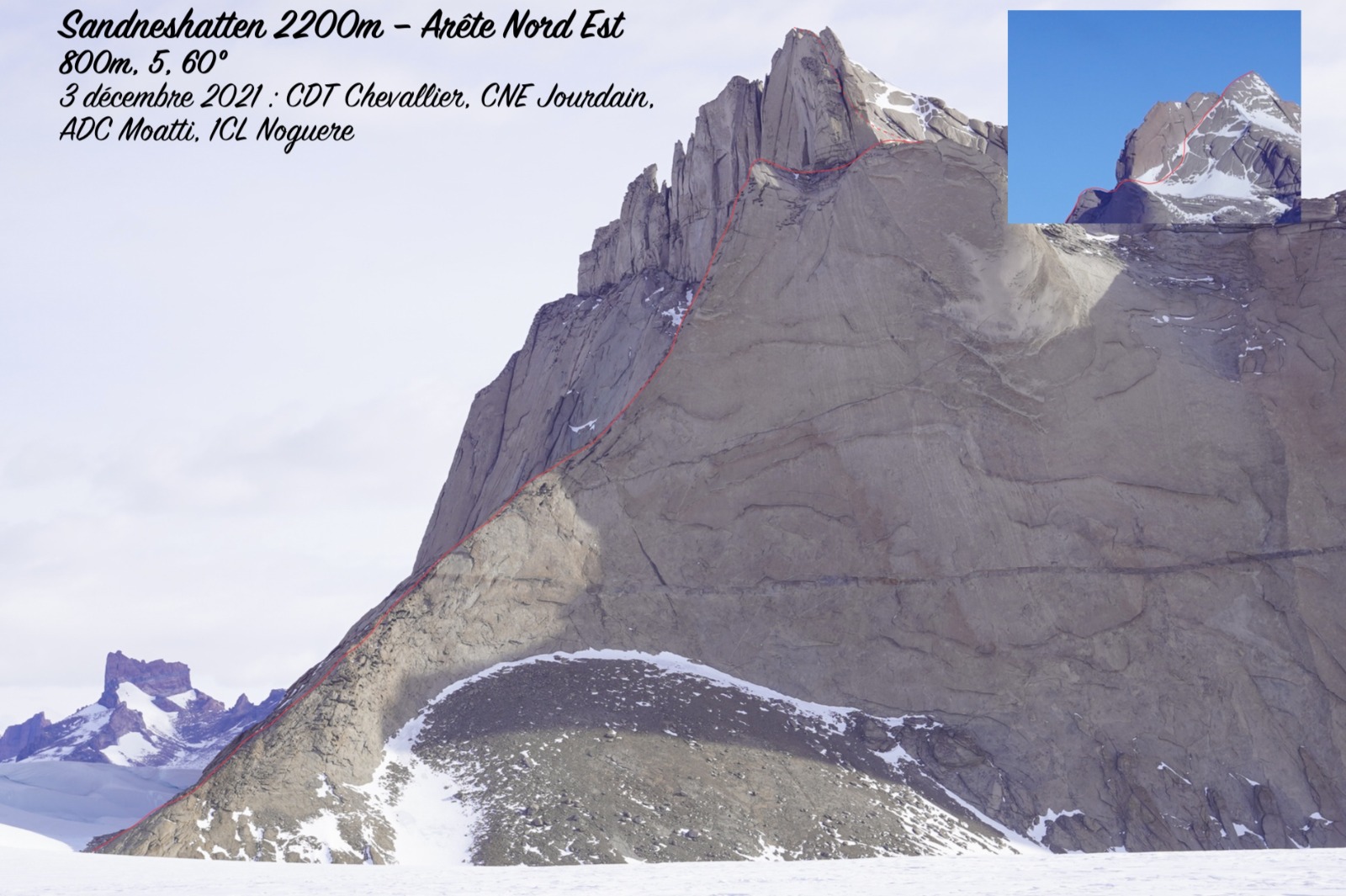 The 2021 climb up the northeast side of the east peak of Sandneshatten.
GMHM Collection

The 2021 climb up the northeast side of the east peak of Sandneshatten.
GMHM Collection