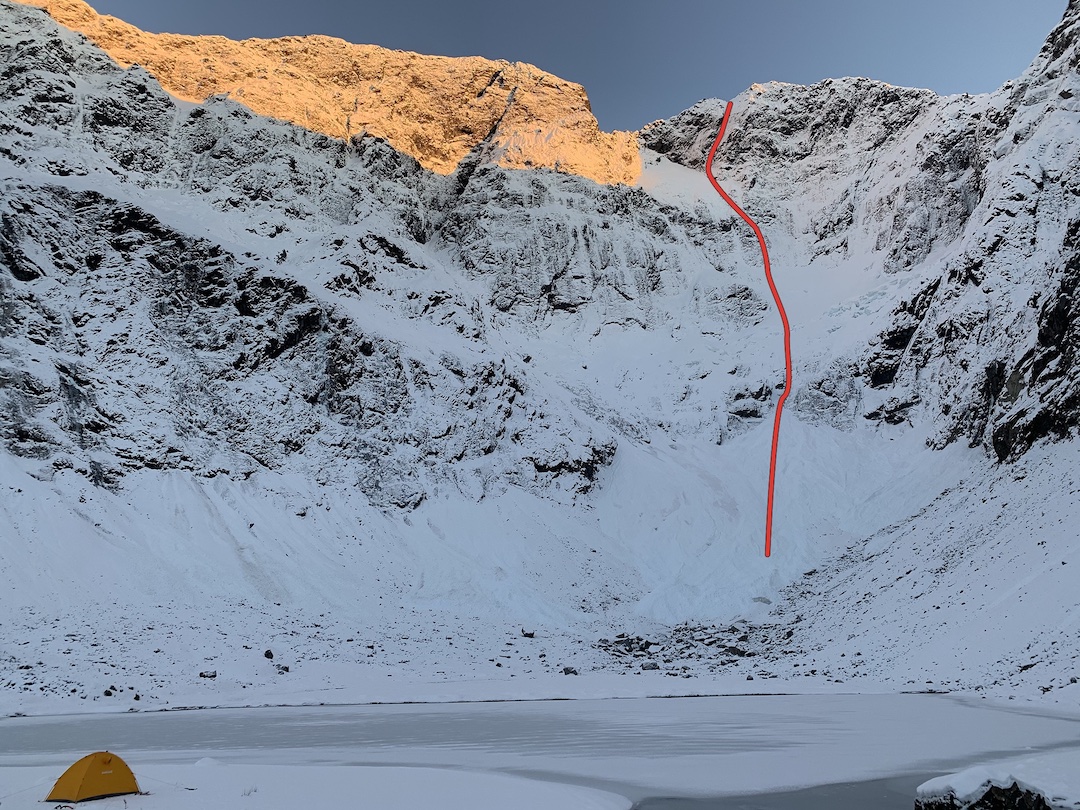 Ten years ago, I ventured out on my first winter climbing trip to the Darran Mountains. Following an abortive attempt at a then unclimbed route on the west peak of Mt. Crosscut, Al Uren and I stopped off in the upper Eglinton Valley. From an innocuous vantage point, we were rewarded with a view into the head of Mistake Creek, where two prominent features stand guard: the east face of Flat Top Peak and the south face of Pyramid Peak. It was a view that captured the imagination and planted the seed for an adventure a decade in the making.

Finally, in July 2020, I decided it was time to become properly acquainted. The east face of Flat Top is a kilometer-long wedge of dark stone—while lacking in classical elegance and beauty, it holds a certain brutish appeal. Its companion, the south face of Pyramid Peak (2,295m), just to the right, is a sweep of steepening snow, ice, and granite that rises 1,300 vertical meters from the valley floor—it takes center stage at head of the valley and instantly commanded my unfaltering attention.

On July 16, I started walking from the highway around sunrise and arrived at the small lake below the south face not long after midday. I pitched my tent here and then continued up. Access to the face was guarded by a jumbled mass of avalanche debris: car-size snow blocks, welded together and haphazardly stacked like a giant game of drunken Jenga gone wrong. It was a stark reminder of the greater powers at play following storm activity from the previous weekend. After 200m, the debris cone petered out as the slope steepened and entered the first rock band. In a narrow chute, the snow transitioned to firm névé and then water ice as dark rock walls closed in on either side.

As I escaped from the confines of the gully, the face proper unveiled itself. Several hundred meters of steep snow and squeaky névé led into the second rock band. I tackled this via a great shield of thin alpine ice leading into a series of interlinked runnels. Hero ice provided first-swing sticks and rapid progress despite the near-vertical terrain. The ground quickly fell below, and I soon found myself at the base of the upper headwall.

Viewed from the valley floor, this was the only portion of the route that did not appear to hold continuous ice. Thankfully, luck and conditions were on my side and a thin, ice-choked gully provided a means to advance. Slowly moving through the steep cruxes, I watched the last of the day’s light fade away. Shadows quickly lengthening as the alpenglow illuminating the surrounding peaks faded into nothingness. Finally reaching the notch between the twin summits under the cover of darkness. Alone with my thoughts and the slightest hint of a breeze. Occasional snowflakes, whisking in and out of the beam of my headlamp, my only company.

As with many long alpine routes, the descent provided an adventure within itself. As I started downclimbing the unfamiliar south ridge of Pyramid, I seriously questioned the logic of not opting for the known quantity of a descent into Falls Creek to the northeast, a descent I had already done after a climb of the northeast face back in 2016. But decisions influenced by eagerness can often lack in logic, and for better or worse I had left my tent and sleeping bag back at the head of Mistake Creek, thus committing myself to the long traverse over Flat Top.

Bumbling my way slowly through the long hours of darkness, the time taken on the descent soon elapsed the time for the ascent, and it was well into the wee small hours before I finally reached the security of the valley floor.

I called the 1,200m route Frost Flower, VI, 6 (M5, WI4), inspired by the intricate patterns of the frost formations I saw on the valley floor. 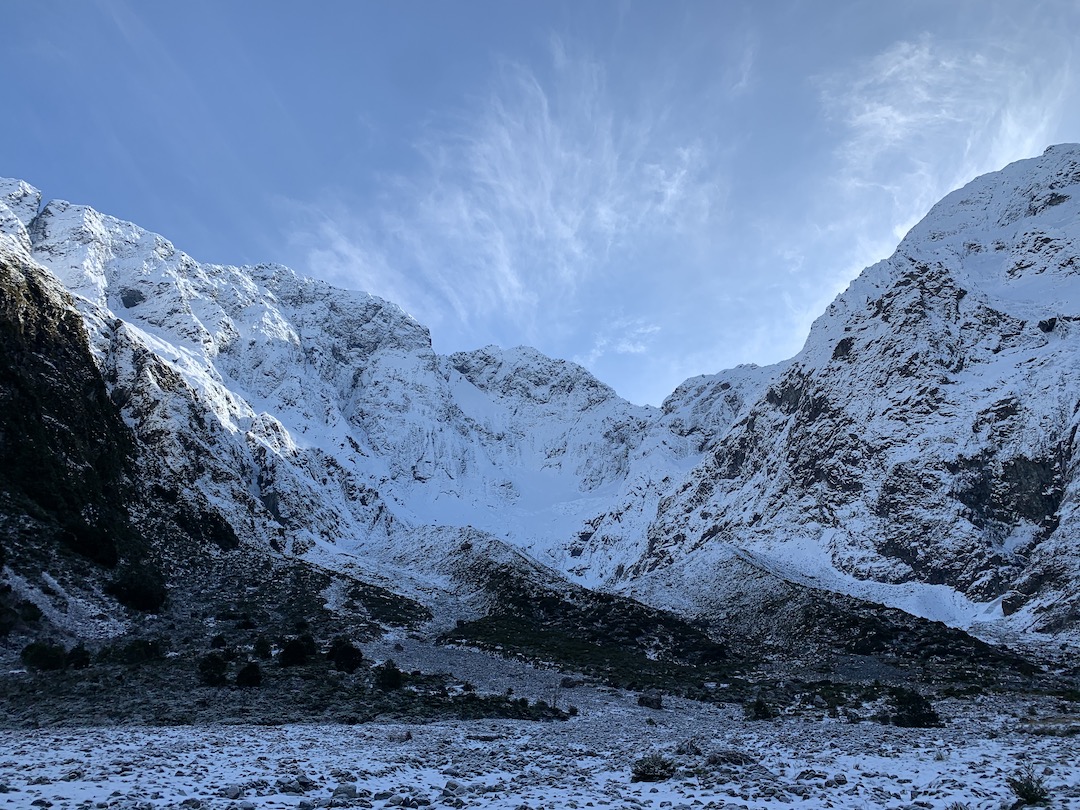 The Mistake Creek valley with the south face of Pyramid Peak at the head of the valley and the east face of Flat Top Peak on the left.
Ben Dare

Looking up the south face of Pyramid Peak during the ascent.
Ben Dare
Previous Next

The Mistake Creek valley with the south face of Pyramid Peak at the head of the valley and the east face of Flat Top Peak on the left.
Ben Dare

Looking up the south face of Pyramid Peak during the ascent.
Ben Dare
Previous Next