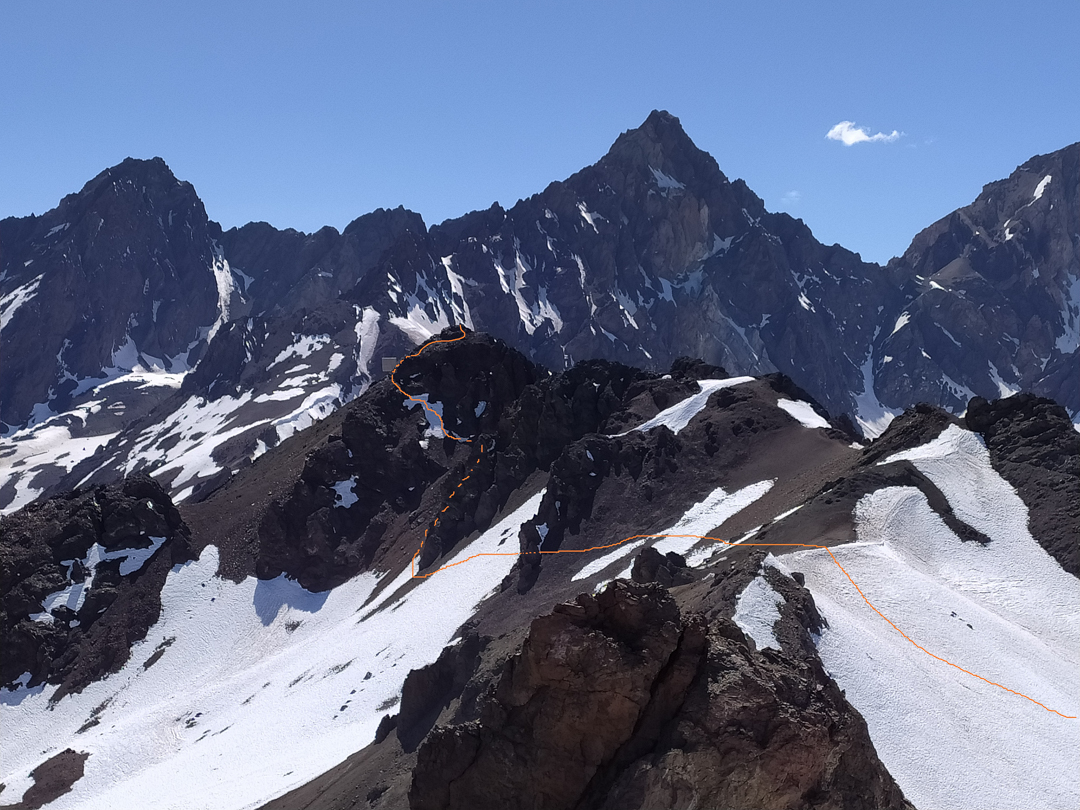 In late October, Yorly Batlle, Juan Pablo Cabbada, Adrián Gambetta, Alejandra Morales, and Álvaro Zerené drove from Santiago to the Parque Andino Juncal (V Region). They approached up the Quebrada de Lagunillas, heading north to a camp at 3,400m near some springs. On November 1, they departed at 5:30 a.m., to reach the end of the Quebrada de Lagunillas. From there, they ascended Cerro Cabeza del Inca Este (4,105m; 32°51'45.29"S, 70° 5'36.34"W) by its east face, reaching the summit at 10 a.m. The peak had only one known previous ascent, in 2019.

That same day, they decided to attempt a possible route up the nearby Cerro Alto Mardones (4,098m; 32°51'36.37"S, 70° 5'5.57"W), which had only one known attempt, also in 2019. This peak is located along a west-to-east, horseshoe-shaped ridge that connects Cerro Cabeza del Inca Este to the more technical peak Cerro Navarro Norte (4,640m). From Cerro Cabeza del Inca Este, they descended east to a col then climbed northeast along the ridge. They rounded some rock spires on the west slopes of the mountain and eventually connected to the upper northwest ridge. They reached the summit at 12:45 p.m. after climbing 30m of exposed, loose rock. 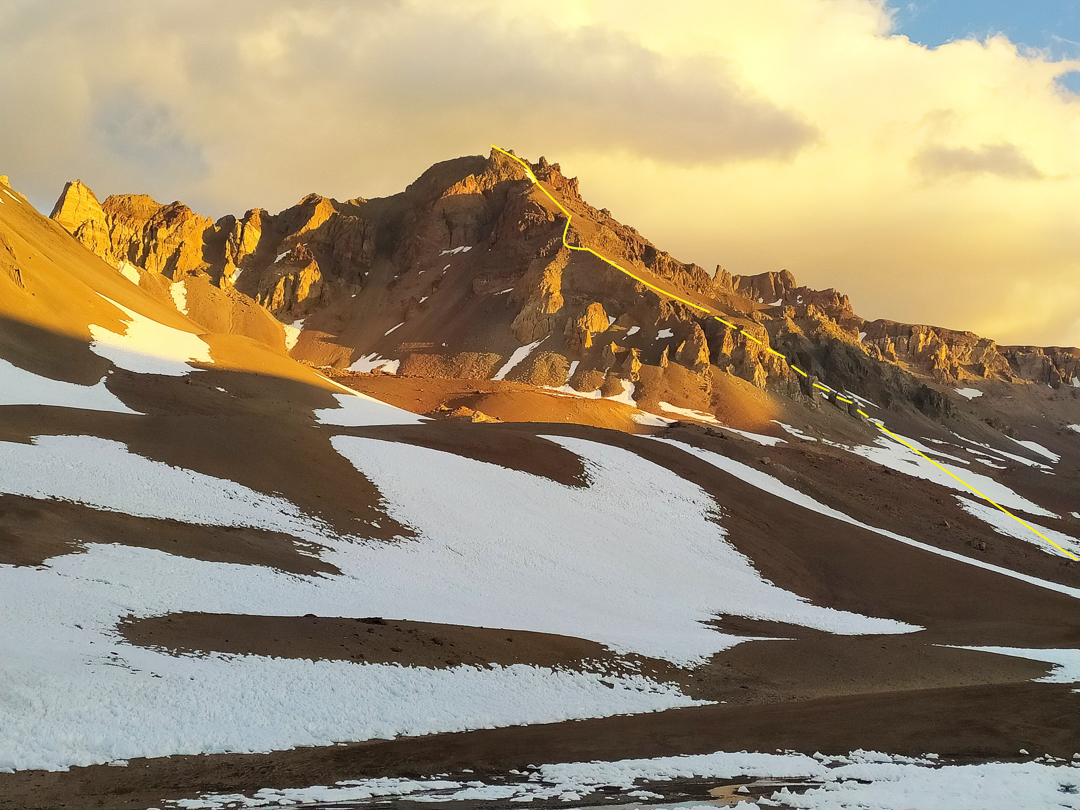 On a separate expedition in late November, two of the same climbers made the first ascent of a 4,271m peak located 100km to the south. On November 20, Juan Pablo Cabbada, Paz Pillancari, Edison Sanhueza, and Álvaro Zerené traveled from Santiago to the springs at Colina (33°39'18.35"S, 70°21'24.56"W), in the Cajón del Maipo. They then approached southwest up the Cajón del Estero Carreño, making camp at 3,500m at the foot of the mountain.

On the 21st, they departed at 8:30 a.m., heading east, then climbed a snowfield up the west side of the mountain. Upon reaching the upper northwest ridge they ascended scree and snowfields, reaching the top at 3 p.m. The summit comprises two towers (east and west) of the same altitude. They reached the west one, then rappelled and downclimbed from the top. They called the previously unnamed summit Cerro Punta Gallardo (4,271m) after a friend who died in an avalanche in 2019.

Cerro Punta Gallardo (4,271m) with the 2020 route up the west-northwest aspect.
Álvaro Zerené
Previous Next

Cerro Punta Gallardo (4,271m) with the 2020 route up the west-northwest aspect.
Álvaro Zerené
Previous Next