On August 14, three climbers summited Dewey Peak, a 6,710-foot mountain on the east side of Mt. Rainier National Park with a third- or fourth-class route to the top. The climbers had met earlier that year in a local climbing course, in which Climber 1 acted as a volunteer instructor and Climbers 2 and 3 were students with no previous experience. After summiting, Climber 1 first inspected the normal rappel from Dewey Peak, then decided to look for an alternative anchor.

Climber 1 selected a large block to sling for an anchor. The rock was about the size of a microwave oven and tilted only slightly above horizontal in orientation. After debating the merits of this anchor and looking for other options, the party agreed to use the large rock as the primary anchor and place a backup for the first couple of rappellers.

The primary anchor consisted of a doubled cordelette slung over the rock and tied into a master point. The backup was a cam placed in a crack four to six feet behind the cordelette anchor. The cam was connected to the cordelette by a prusik cord hitched to two opposed non-locking carabiners, which were clipped to the cordelette on top of the block.

The climbers rappelled with a doubled 60-meter rope. Climber 1 went first, based on the idea that he was the heaviest and could straighten out rope tangles ahead of the two student climbers. Climber 2 rappelled second. Climber 3 (male, age 35) was told by Climber 1 to clean the cam anchor before rappelling. He removed the cam and carabiners clipped to the top side of the cordelette anchor. As he rappelled, the cordelette slipped off the rock and Climber 3 fell to his death. 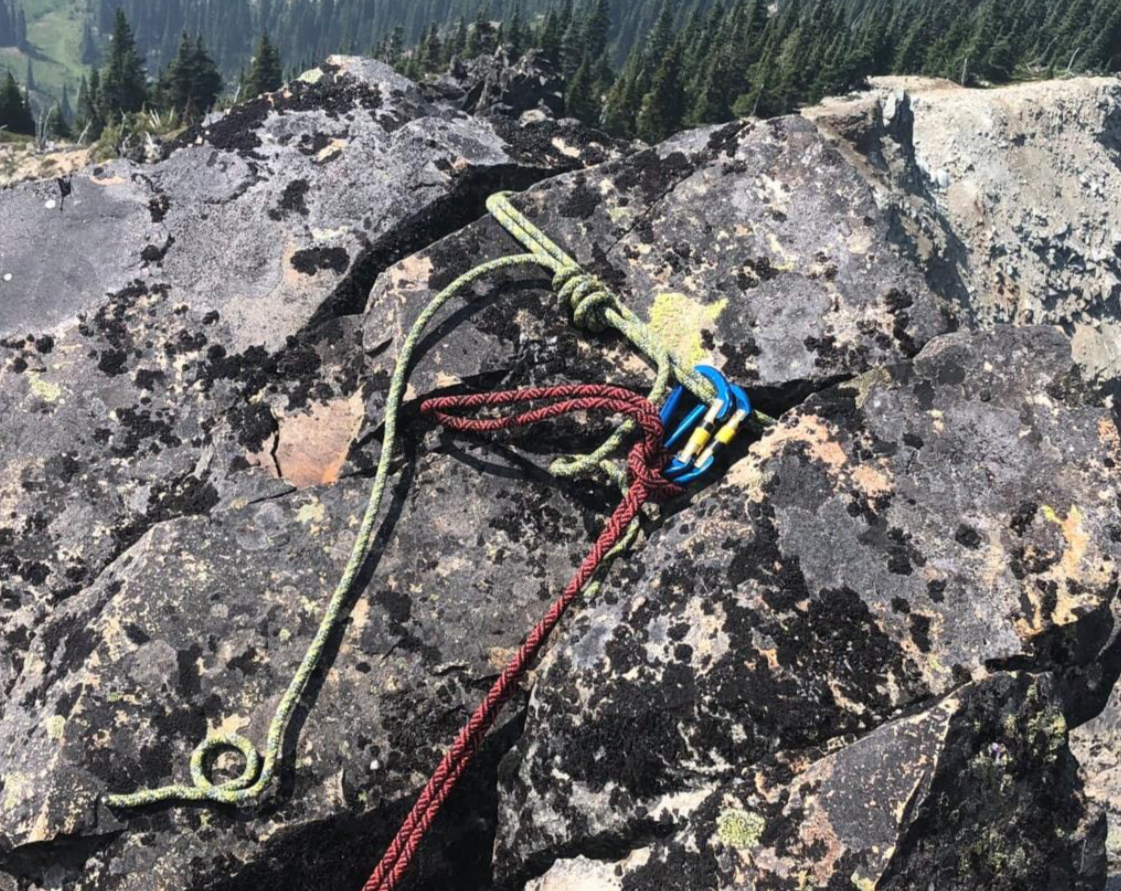 As is often the case with alpine climbing accidents, this was the result of a series of decisions, any one of which might have prevented the accident. These include:

• Rappelling instead of downclimbing or lowering the student climbers.

• Choosing a block anchor without a sufficient lip or horn to hold the cord securely.

• Use of cord instead of slings to build the anchor (sling material would not be as prone to rolling).

• Loosely slinging the cordelette rather than girth-hitching it around the block.

Putting an inexperienced climber in the position of cleaning the backup, evaluating if the cordelette anchor had been compromised by removing the cam and carabiners, and rappelling without a backup. (Source: Tacoma Mountain Rescue.)