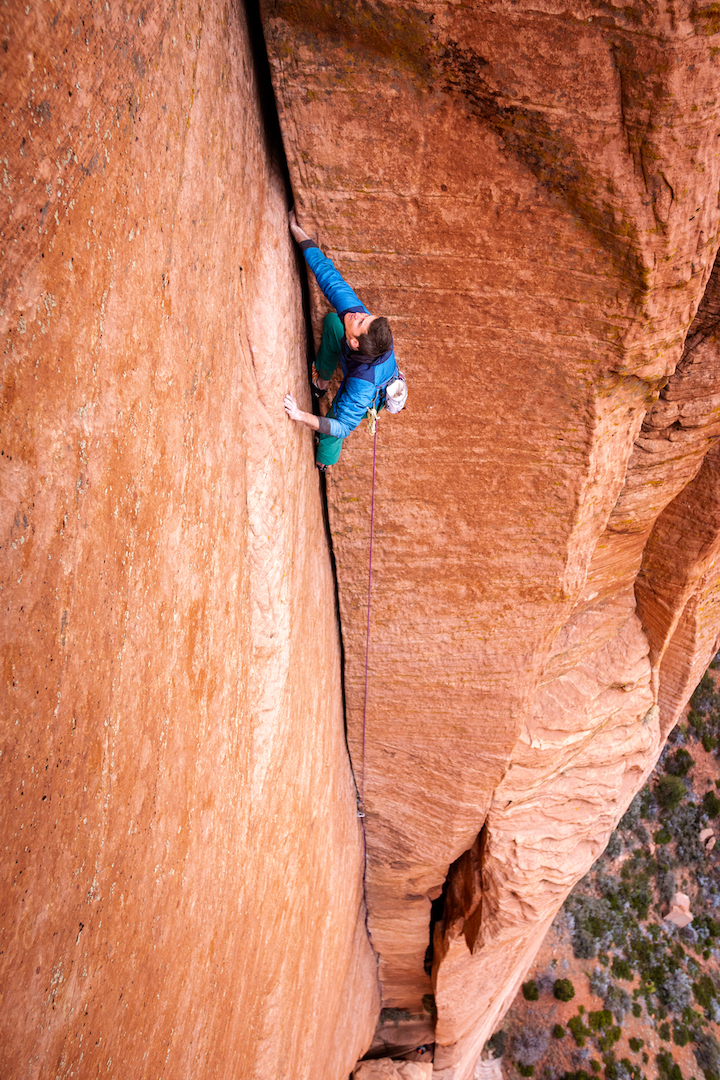 In November of 2019 Lane Mathis, Collin Turbert, and I set out to attempt a first ascent of a new route on Nagunt Mesa in Kolob Canyon. After hiking three fully loaded bags almost three miles over rough terrain, including some fifth class, we found our intended route had already been climbed by an unknown party. So, we hiked back down the canyon and up the other side to the base of the south face of Beatty Point. On that wall a sun soaked buttress promised a worthy—if not at least warmer—plan B.

After two days of ground-up climbing, we were only a couple hundred feet off the ground. Pitch three proved to be very difficult and required a handful of lead bolts near the top where the crack vanished. Then, Collin had to return home to work so Sam Stuckey was called in to fill the spot. After six total days and around 1,100’ of climbing, we topped out the route just shy of the rim of the mountain. It felt amazing to reach a high point, but the thought of still needing to free the route weighed heavy on my mind.

It wouldn’t be until later in January 2020 that Lane, Sam, and I would return to free it all from the ground. The pitch three crux, which had been difficult just to establish, featured all sizes from fingers to chimney and required very strong ringlock and face climbing skills. This 45-meter pitch went all free at 5.12d, but can be done at 5.10+ A0. At the same length, pitch four is almost entirely a 5.11 stem-box/corner that contains nothing but stellar rock and great gear. Big Game Hunter (1,100’, 9 pitches, 5.12d) finishes on a high note with a 55-meter chimney that is remarkably clean and easy to protect with mostly hand-size pieces. We established two additional pitches to the top, but we found them to be lower quality and dangerous—we’d recommend future parties rappel from the top of pitch 7. 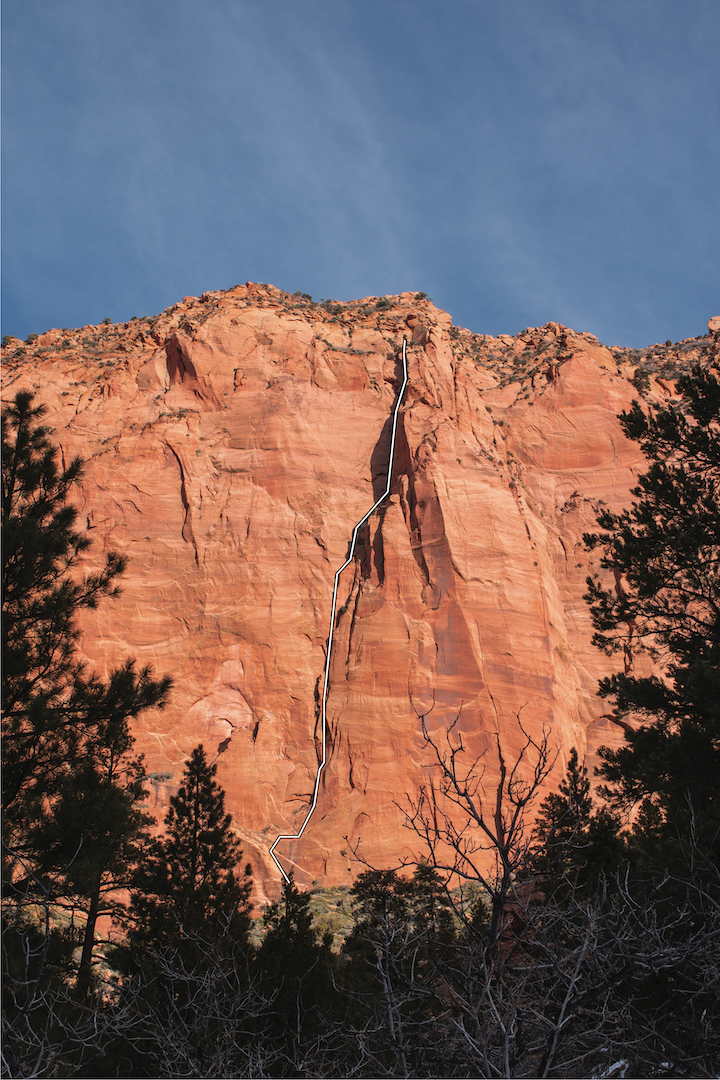 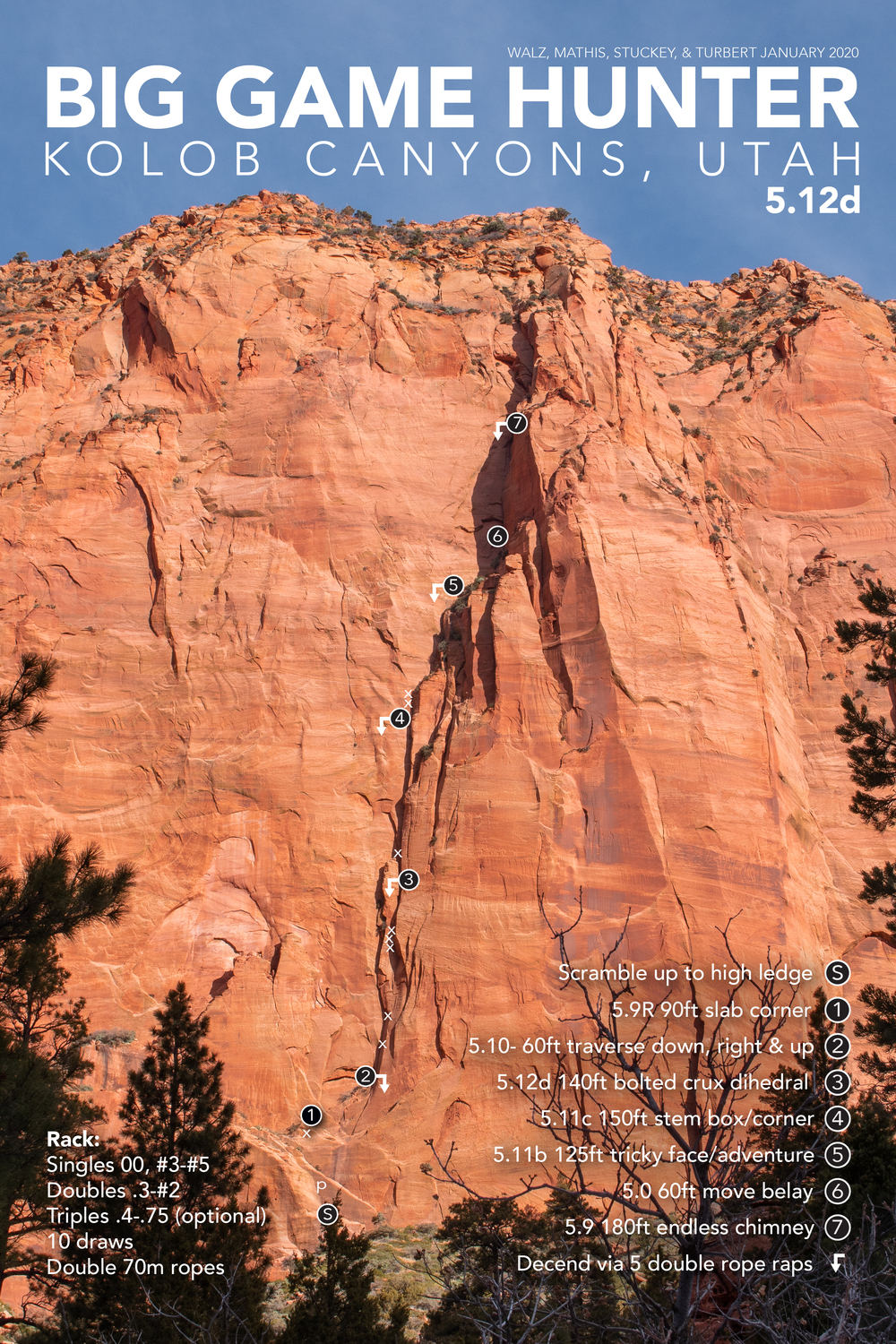