The South Muysky Ridge (also spelled Muiski) is a range of granite peaks in the Bauntovsky region of Buryatia. The highest point, Muysky Giant (3,067m), has seen a number of ascents and is located in the northeastern part of the range, around 280km east of the northern tip of Lake Baikal. But the southwestern part, some 125km distant from the Giant, is little known to rock climbers. It was to these mountains that Evgeny Glazunov, Nadezhda Oleneva, and Pavel Tkachenko traveled in July. The expedition was organized by the Impossible is Not Forever Foundation, inaugurated to honor Glazunov’s younger brother, Sergey, who was killed on Latok I in 2018.

The trio started from the remote village of Baunt (55°15 ́N, 113°7 ́E) to the southeast of the peaks they had targeted. After a 20km drive in an all-terrain vehicle, the team walked 40km to reach these mountains, crossing four passes and meeting two bears. (The total distance covered on foot from beginning to end of the expedition was around 120km.) After reconnoitering the area, they climbed three walls. On each of the new routes, 95 percent of the climbing was free.

The team first climbed the west face of Pik Kart (“Map Peak,” 2,661m). This summit has an easy route to its top and therefore had been climbed several times previously. The new route is very aesthetic, following a logical system of clean cracks. Apart from one wet section, the climbing went free at up to 6c. The 700m route was Russian 5B overall.

The second route led to a previously unclimbed summit. Glazunov soloed the northeast face of this formation in one day and named it Sergey Glazunov Peak (2,400m). The 450m route was climbed free (6b) apart from a few places where the cracks were clogged with mud.

All three then made the first ascent of Pik Mechta (“Dream Peak,” 2,590m, 55°30’35.4”N, 112°39’16.7”E) via the 800m west face. Several teams had tried to climb this wall previously. Oleneva led the first section of the route, using a little aid. In the middle, Glazunov took over and climbed mostly clean to the top. This was a great route, and the team reported that 20 logical routes could be opened on the various flanks of this impressive mountain. Moreover, they found an easy descent: four rappels and then walking. The difficulty was 5B/6A (roughly 6c+/7a), with a little aid.

The team also climbed Pik Admiral Makarov, Polar Explorers’ Peak, Pik Olg, and Pik Valery Popov, the last three previously unclimbed. This area has great potential, but it is very inaccessible, and future parties may seek to approach by helicopter or with the help of other people to transport food and gear.

Editor’s Note: An article in AAJ 2006 titled “East of Lake Baikal,” by Konstantin Beketov, provides additional information and photos from the South Muysky Ridge and the other ranges of this region of Siberia. 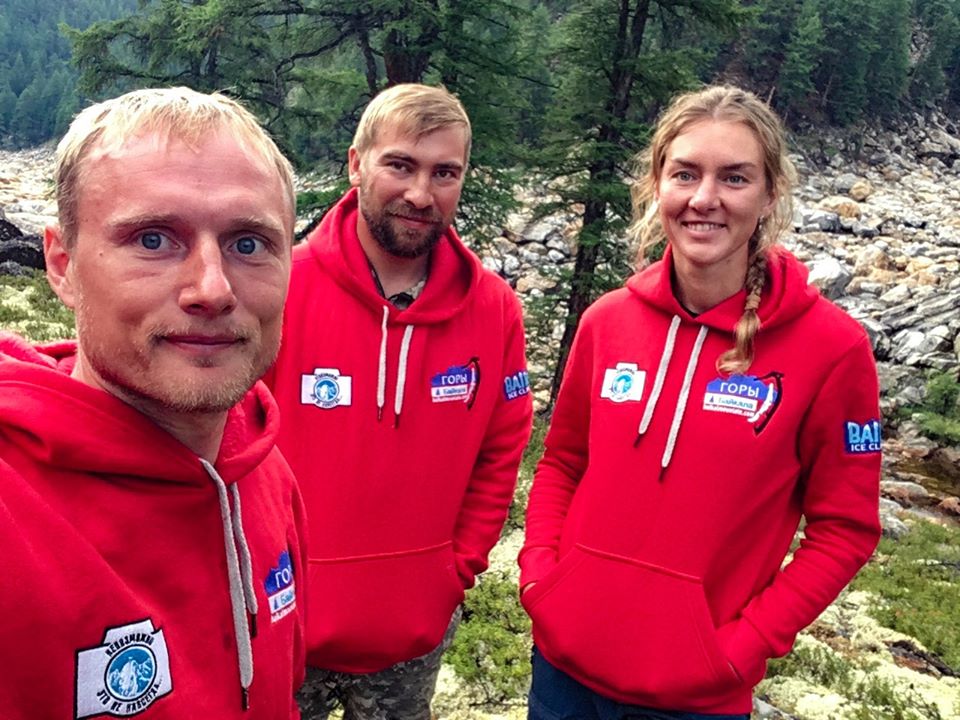 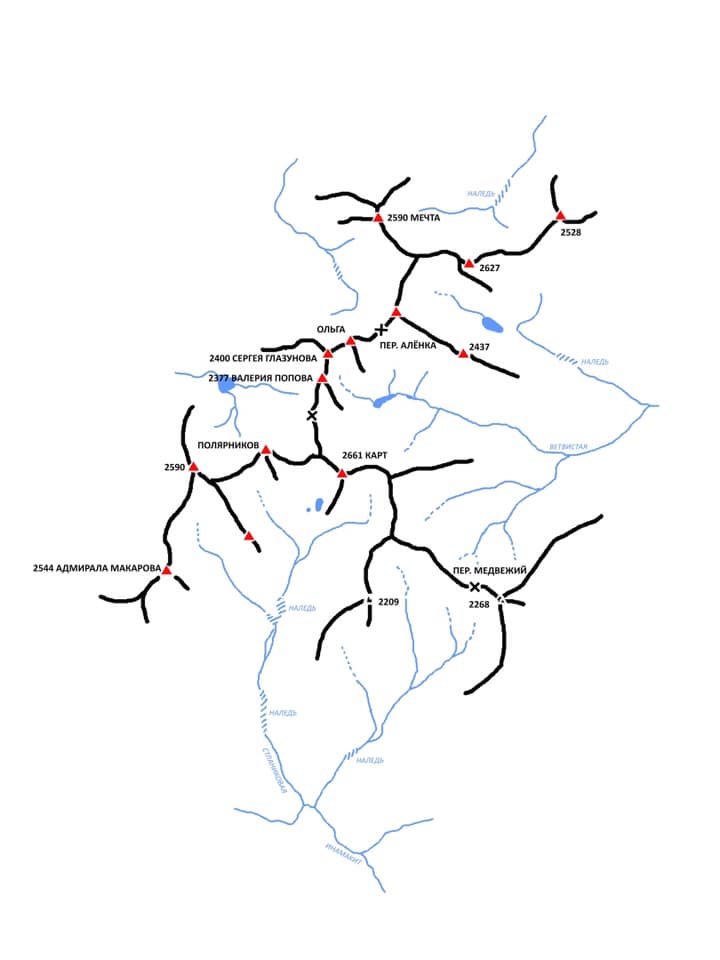 Map of the area visited by the 2019 Russian in the southwestern section of the South Muysky Ridge.
Evgeny Glazunov 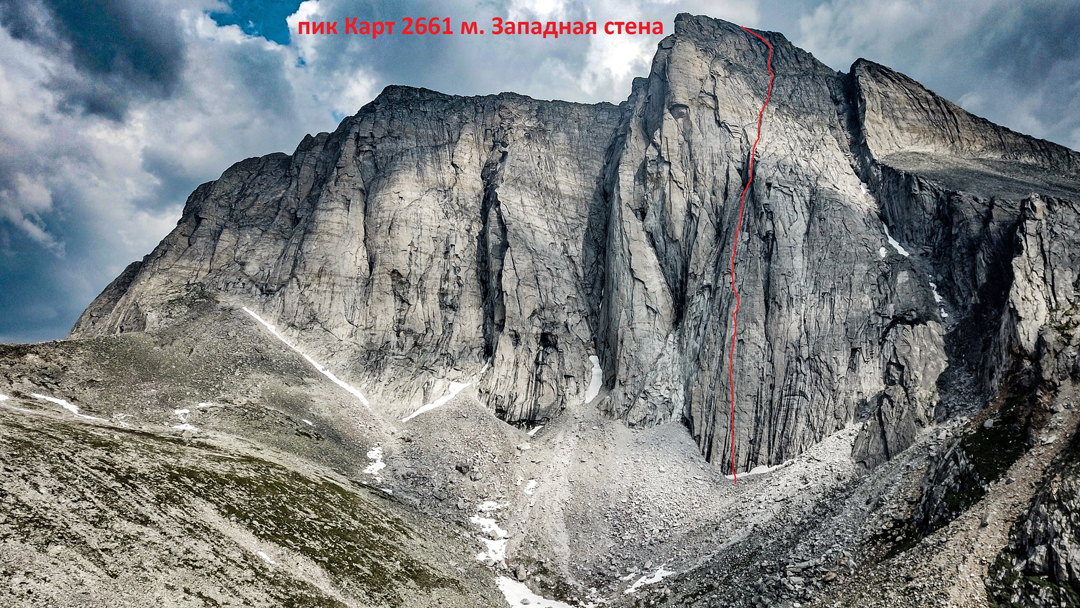 The 700-meter route on the west face of Pik Kart.
Evgeny Glazunov 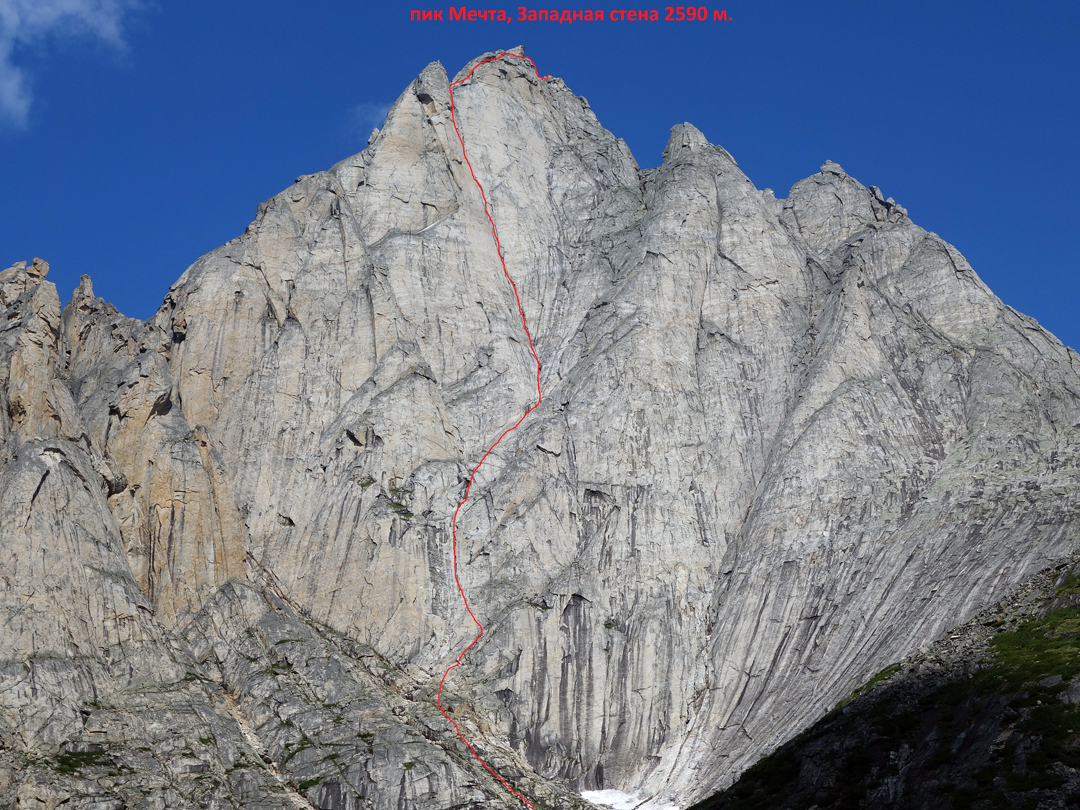 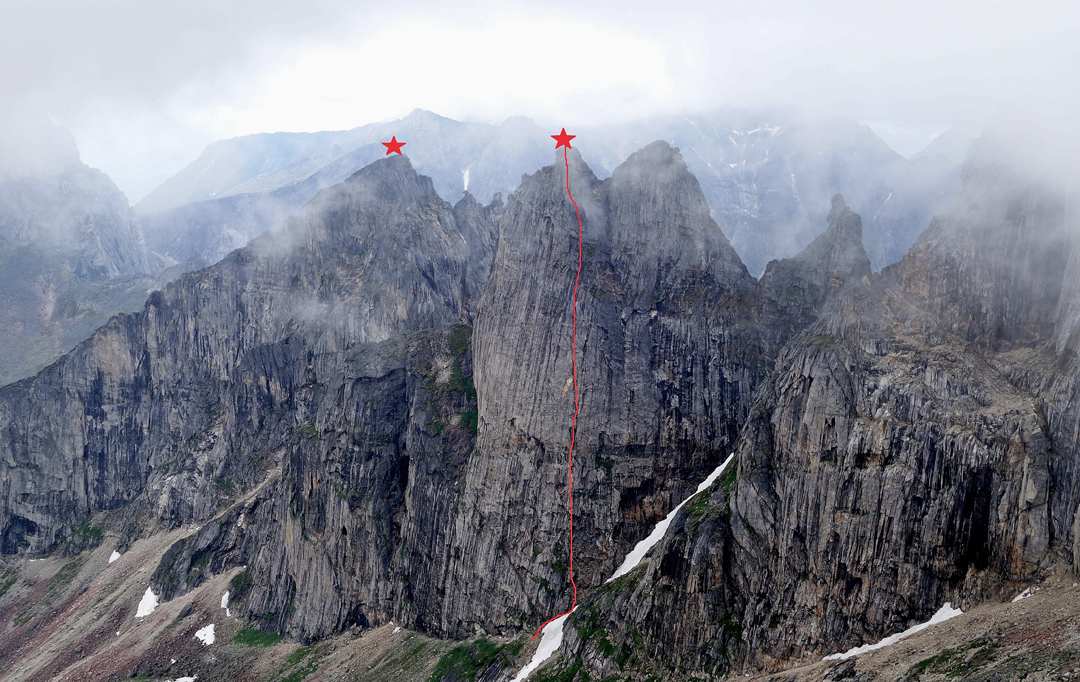 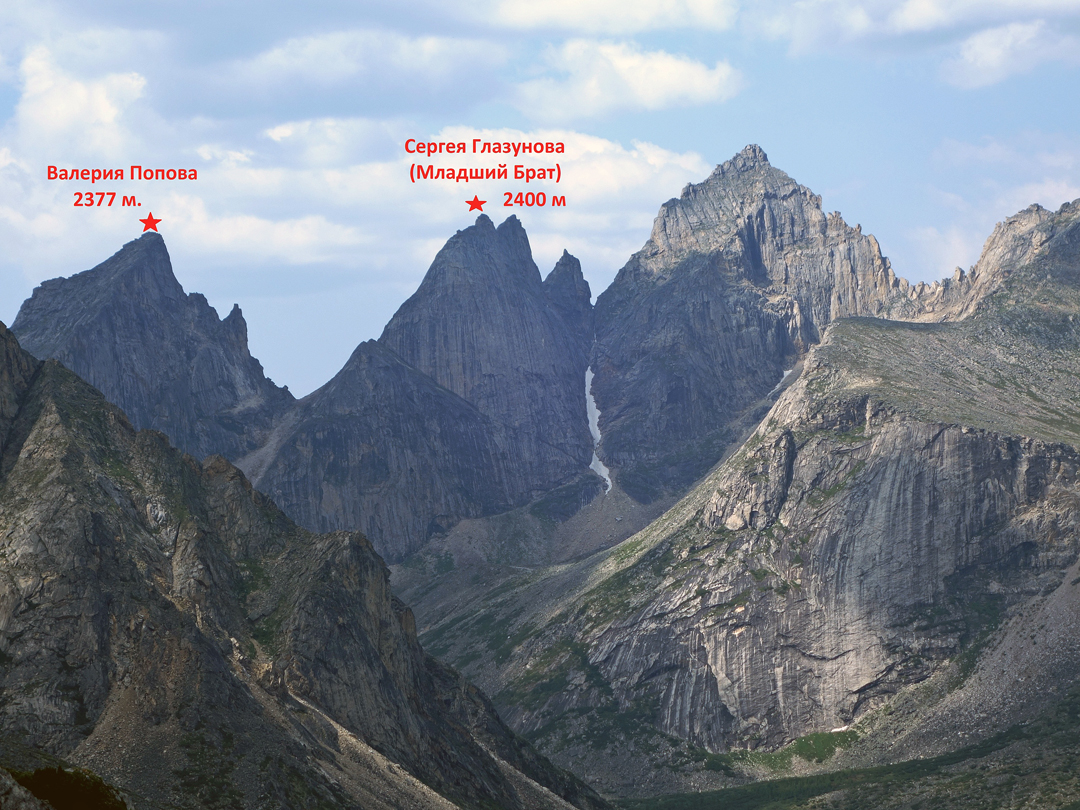 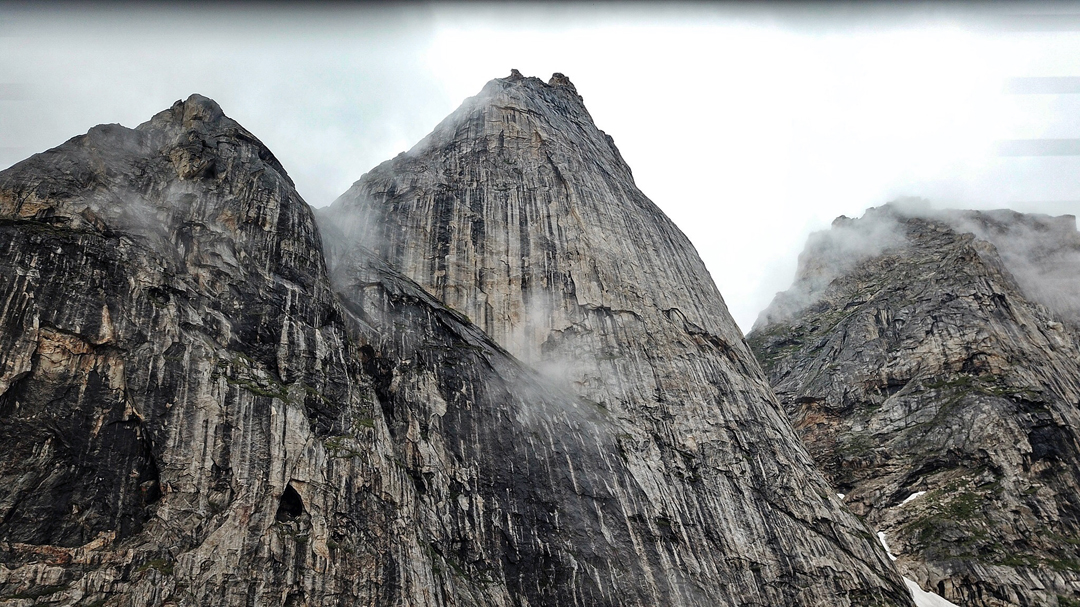 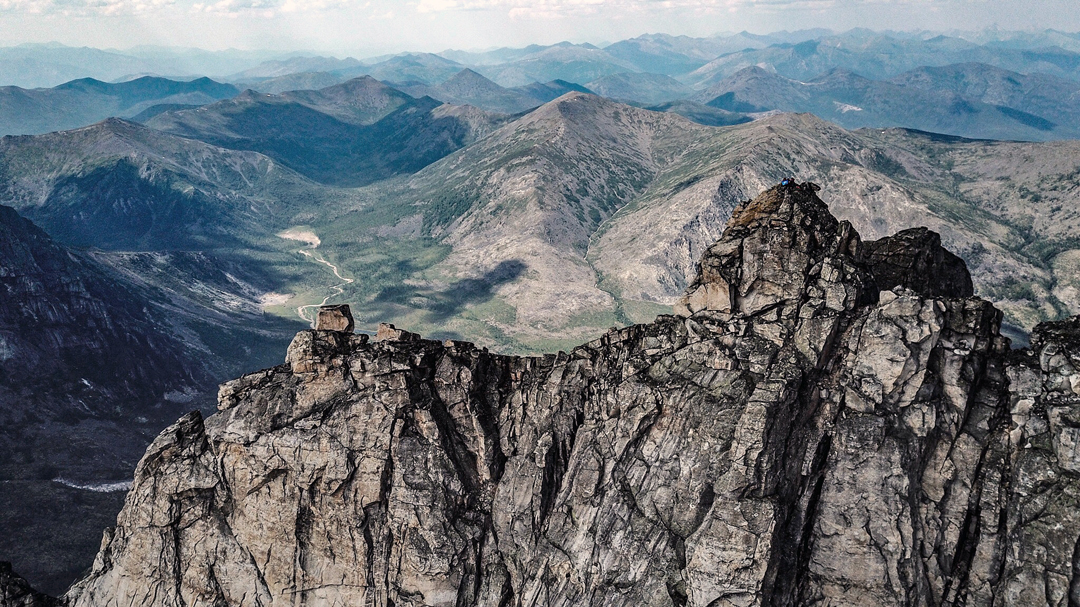 The Russian trio on the summit of Dream Peak with a lot of wild country behind.
Evgeny Glazunov
Previous Next

Map of the area visited by the 2019 Russian in the southwestern section of the South Muysky Ridge.
Evgeny Glazunov

The 700-meter route on the west face of Pik Kart.
Evgeny Glazunov

The Russian trio on the summit of Dream Peak with a lot of wild country behind.
Evgeny Glazunov
Previous Next