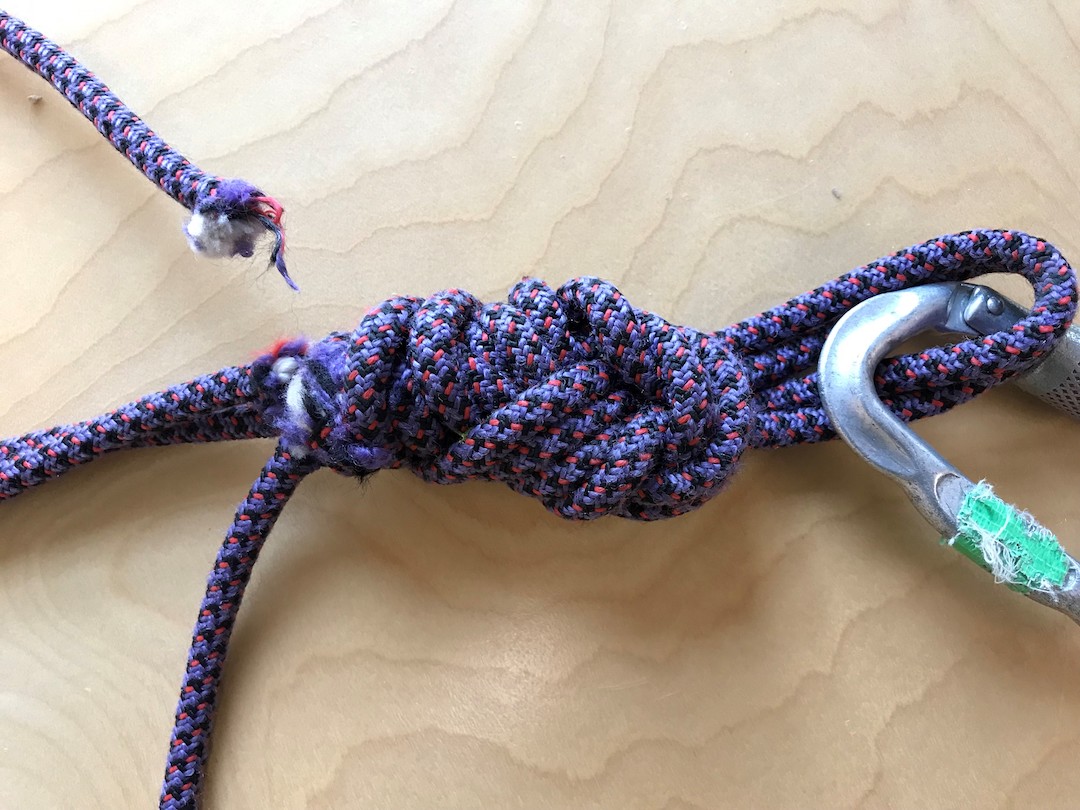 On December 27 at 1:30 p.m., Stephen Charest (39) was guiding an ice climbing group at the Workout Wall area in Smugglers’ Notch. During the process of relocating a rope at the top of the cliff, the fixed anchor on which he was relying failed. He fell approximately 50 to 60 feet to the base of the cliff and suffered life-threatening traumatic injuries to his head, face, abdomen, and left extremities. He was wearing a helmet. Fellow guides, other climbers, and Smugglers’ Notch Resort ski patrollers quickly reached him. He was evacuated 1.5 miles to the Jeffersonville trailhead by toboggan and transferred via a helicopter to the University of Vermont Medical Center.

The anchor consisted of two strands of accessory cord tied around a tree. Both strands failed. Inspection of the anchor after the accident showed that one strand was seriously frayed near where it had been joined in a knot around the tree. The other strand had a sharp cut where it entered the master-point knot. Neither of these defects appeared to be caused by the climber weighting the anchor. The degree to which he was able to inspect the anchor, because of snow and ice in the area, is unknown. Charest is a very experienced climber, professionally certified guide, and co-owner of a climbing gym and mountaineering school, and this event is a sober reminder that accidents can happen to anyone.

Fixed anchors may degrade due to many environmental factors. The integrity of accessory cords and webbing can be compromised due to sun or wind. Cordage may be cut or gnawed by animals. Ice tools and crampons can accidentally nick cords. Always inspect fixed anchors thoroughly, including behind and underneath anchor points and both sides of webbing and knots. If there is any doubt of an anchor component’s strength and integrity, back it up. [Sources: Tim Farr, Neil Van Dyke (Vermont Department of Public Safety), and the Editors.]