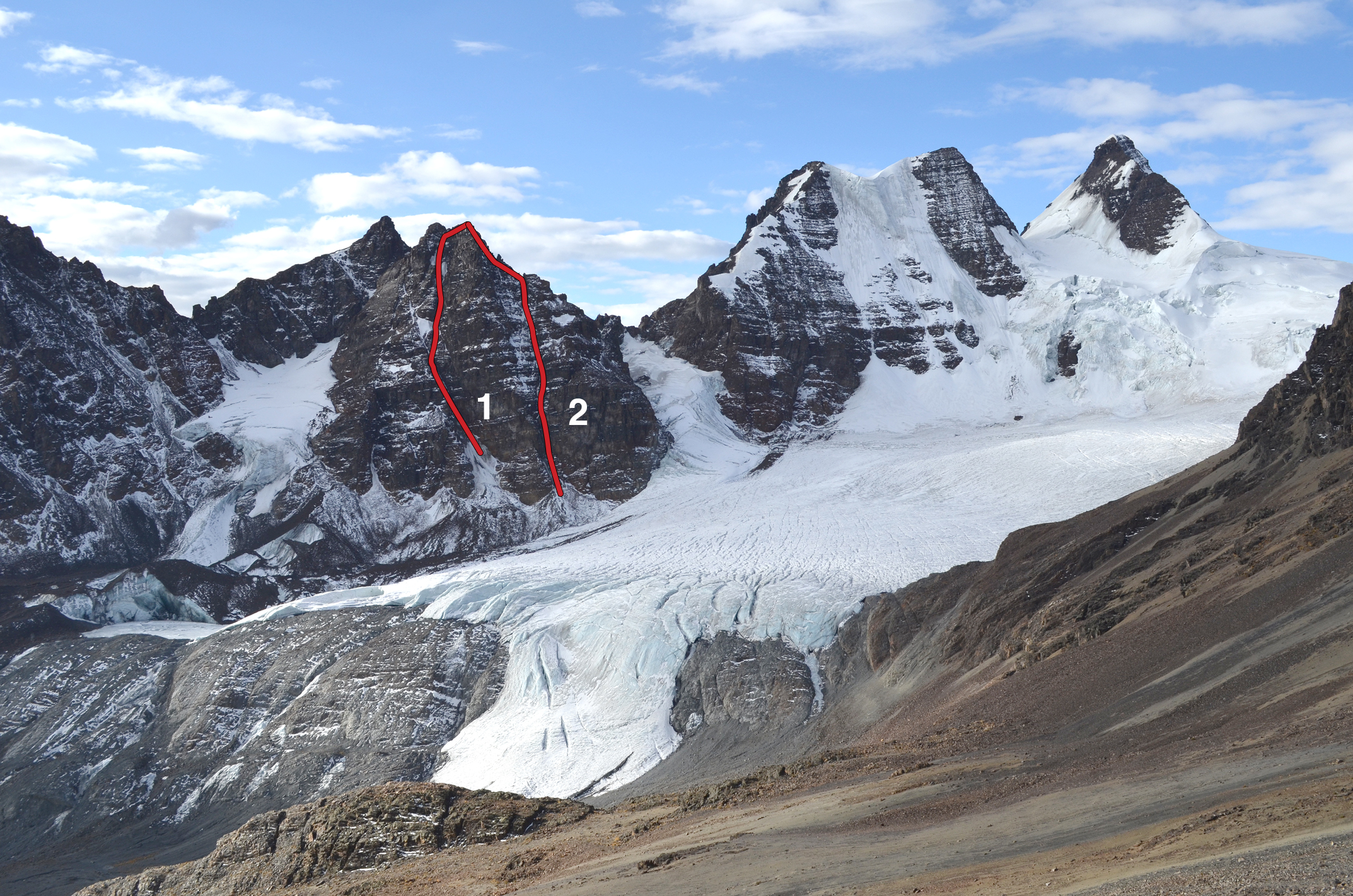 We left base camp at 4,600m beside Lake Chiarkhota, crossed the pass to the northeast of Cerro Austria, down-scrambled, crossed the Ala Izquierda Glacier, and were roped up at the bottom of the southwest face of Janchallani after 2.5 hours. Above lay the crux: 10m of vertical mixed climbing to reach a snow/ice gully, which we then followed for five pitches at easy WI4. We reached the col between the two main summits and went right, climbing two pitches of easy but loose rock. This took us to the top (16°10'17.89"S, 68°15'14.59"W) we had estimated from below was the higher, but in reality was 5–10m lower than the one to the northwest. 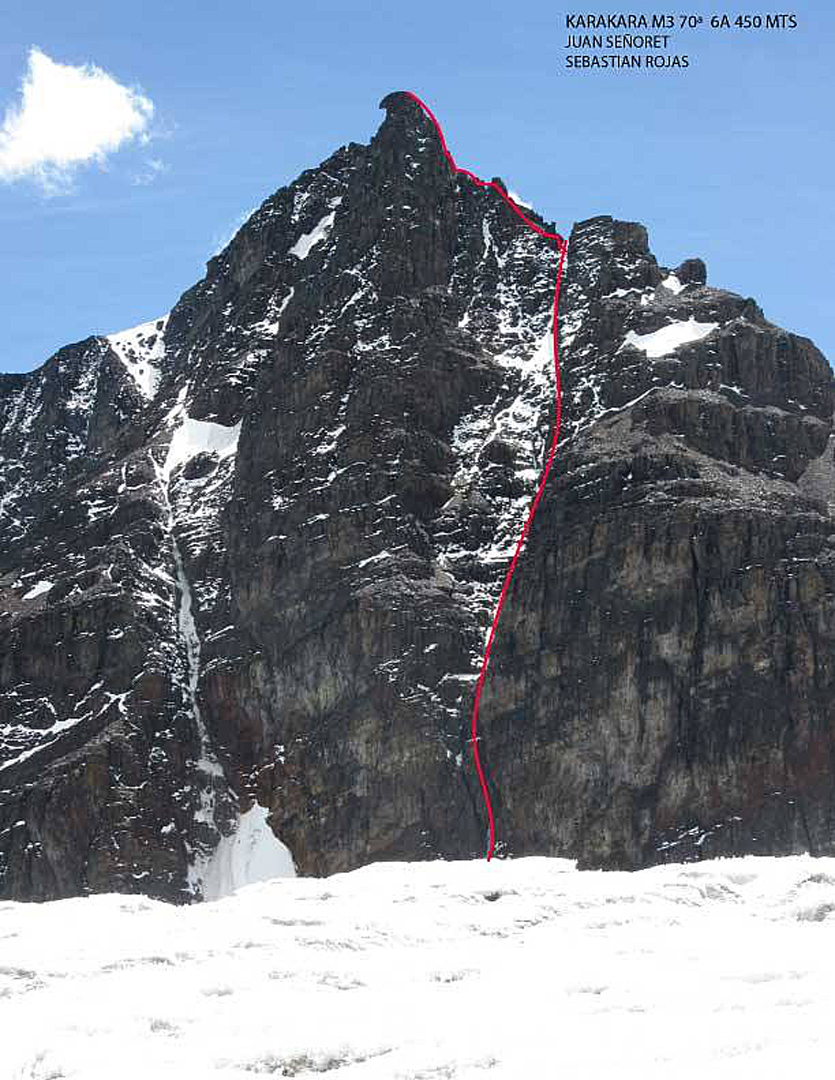 The following day, Pedro Sermini and Maximiliano Villar made the third ascent of the gully and reached the true summit. Meanwhile, Sebastian Rojas and Juan Señoret opened another new line, to the right of our route, starting with a 5.9 chimney and continuing with 40m of 70° mixed climbing to reach a snow/ice gully. They followed this, moving together, for 300m, until leaving it for easier terrain. They turned a lower summit and then carefully scrambled up to the main top.

Given that, from some angles, the summit looks like a mountain caracara (Phalcoboenus megalopterus), a common scavenger bird of this environment, and also given its close proximity to the Condoriri massif, Juan and Sebastian suggested the route name Karakara (450m of climbing, M3 70° 6a). This bird is believed to bring good luck, and the fact that, on our route, the ice debris sent down on the party below by our team left them unharmed, we decided to name our line after the bird's local name, Ave Maria (225m, D). On both routes there was no sign of previous passage, nor can we find any information about past ascents. 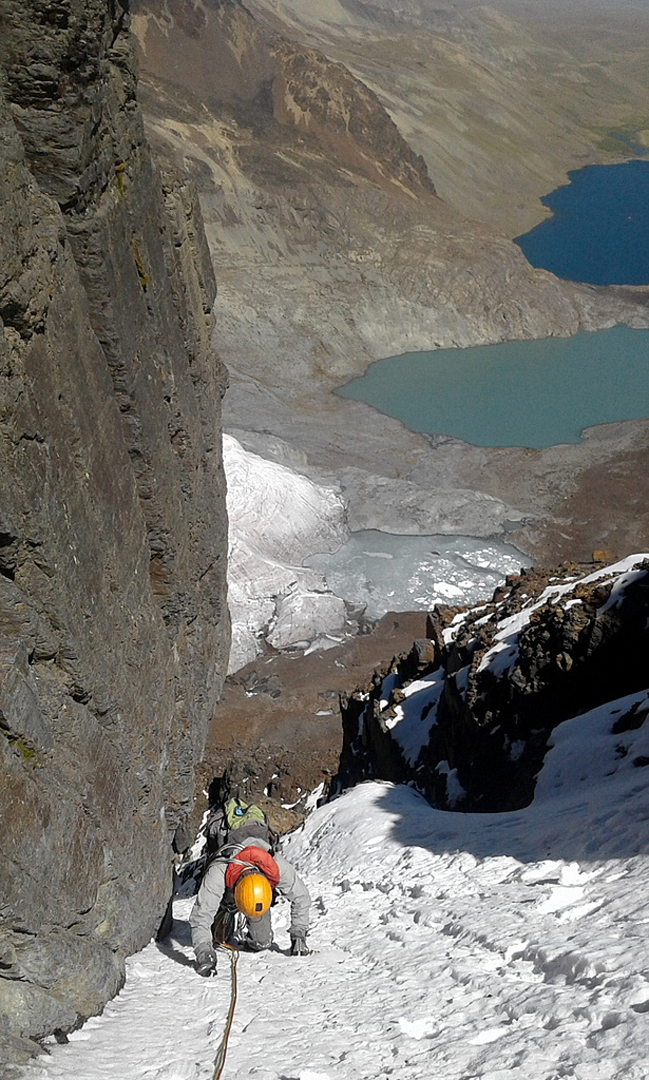