I first noticed Chomotang on Google Earth during one of my regular cyber-tours of the world’s mountain ranges. It seemed to stand out from its surrounds, being the highest in the group, and the imagery was of sufficient quality to indicate it had a few nice lines. It also caught my eye as it was clearly near a road, meaning access might be relatively straightforward—something I’ve come to appreciate after many Himalayan trips that were more approaching than climbing.

Chris White and I approached from Leh, via the village of Hanupata (3,790m), reaching base camp at 4,885m on June 26. The next day we set off at 5:30 a.m. for the peak immediately above us, the southernmost of a stretched massif that runs south from Nigutse La (ca 5,100m). We went straight up the south face and reached the summit at 8:30 a.m., where the GPS read 5,678m. We named this Nigutse South, and from it got a good view of the glacier on the north side of Chomotang. This convinced us to abandon our original plan of attempting it from the southeast and instead try from the northwest.

On the next day we reached the glacier and camped at 5,425m, then at 6:15 a.m. on the 29th set off for the right-hand of two broad gullies on the northwest face of Chomotang. We climbed unroped, mostly at around 40° but a little steeper in the upper section and occasionally icy. We reached the top at 9:20 a.m., where the GPS read 6,065m and 34°05’08.7”N, 76°41’18.8”E. The Garmin eTrex30 was operating for the duration of the ascent, and sat on the summit for 10 minutes, giving a reasonably accurate result. We decided to descend a slightly different line and began heading north when, “whoomph!” The potential avalanche conditions made us rope up and belay three pitches to easier ground. We returned to our tent at 11:30 a.m. and base camp at 3:15 p.m.

There are obvious good new routes to do on the east and probably south sides of Chomotang, and the north face would provide a short steep route as well. There are a few nontechnical summits (Korzok, etc.) that would be easily climbable from the upper plateau west-northwest of Chomotang.

Later, in what some locals were saying was the wettest July in memory, I made an ascent of the normal route on Stok Kangri with Lars Svens. You are no longer allowed to camp anywhere above base camp, where there is now a large tent serving meals and a small charge made for camping.

Lars and I then traveled to Zanskar to reconnoiter a 6,000m peak, possibly named Babang, in the Chelong Valley, before returning to Hanupata and crossing the Sirsir La to attempt a 6,000m peak west of Photoksar Village via the north flank. Research had led me to believe this peak was unnamed and unclimbed, but on returning home I found out it had been climbed the previous year via the east ridge and named Machu Kangri (AAJ 2015). As it was, we never got on the mountain because it rained for six days straight. 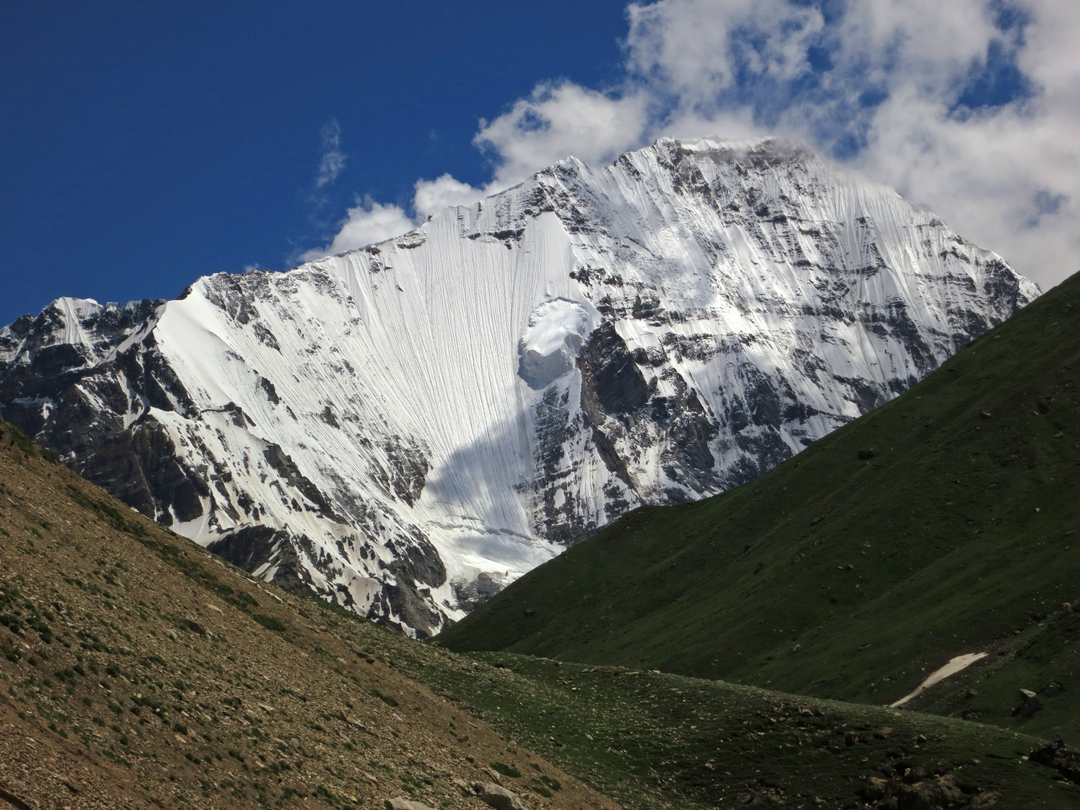 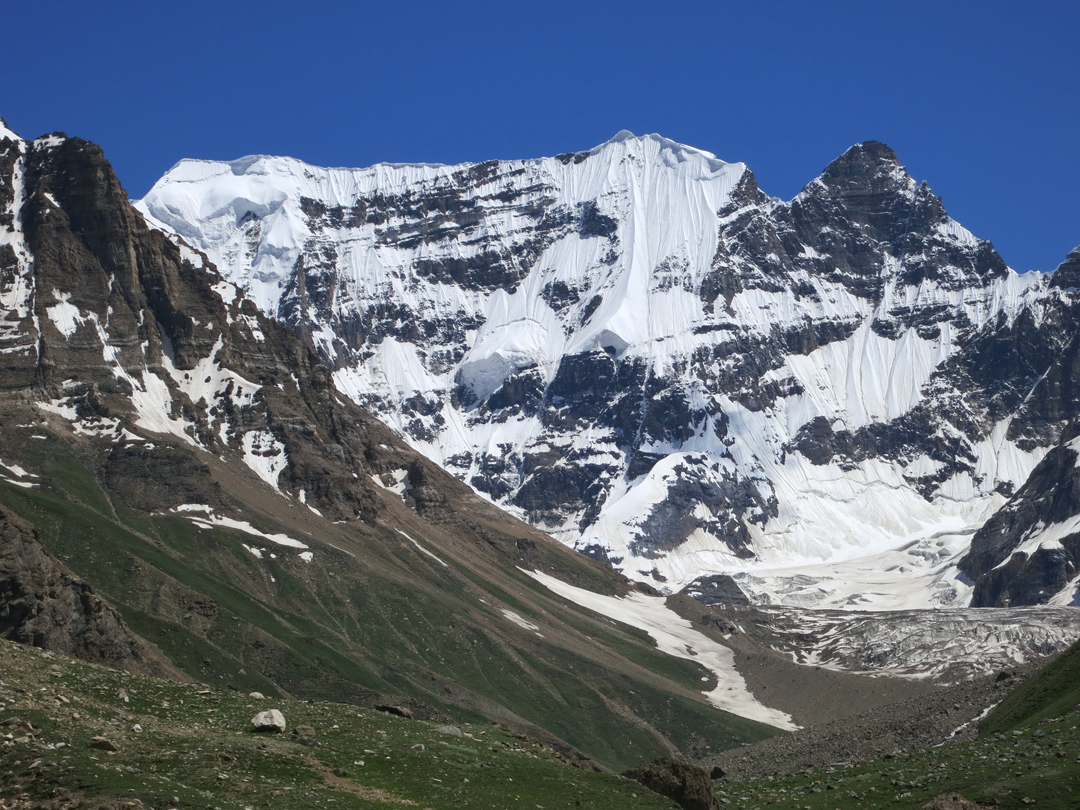 A ca 5,700m peak in the Chelong Valley.
Damien Gildea 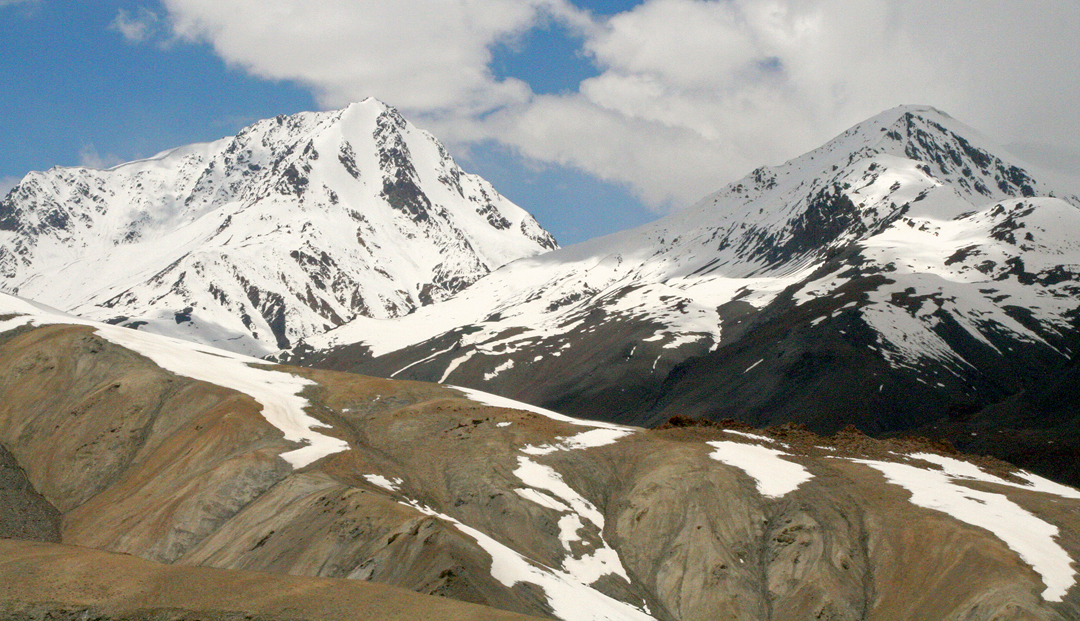 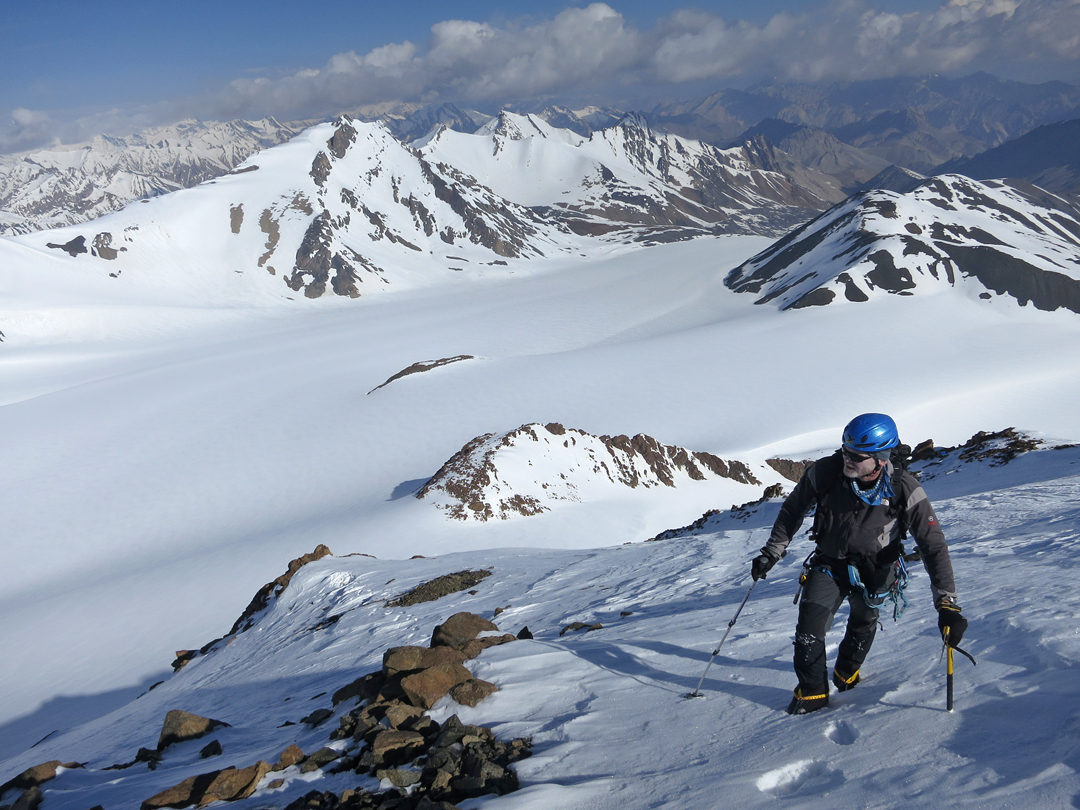 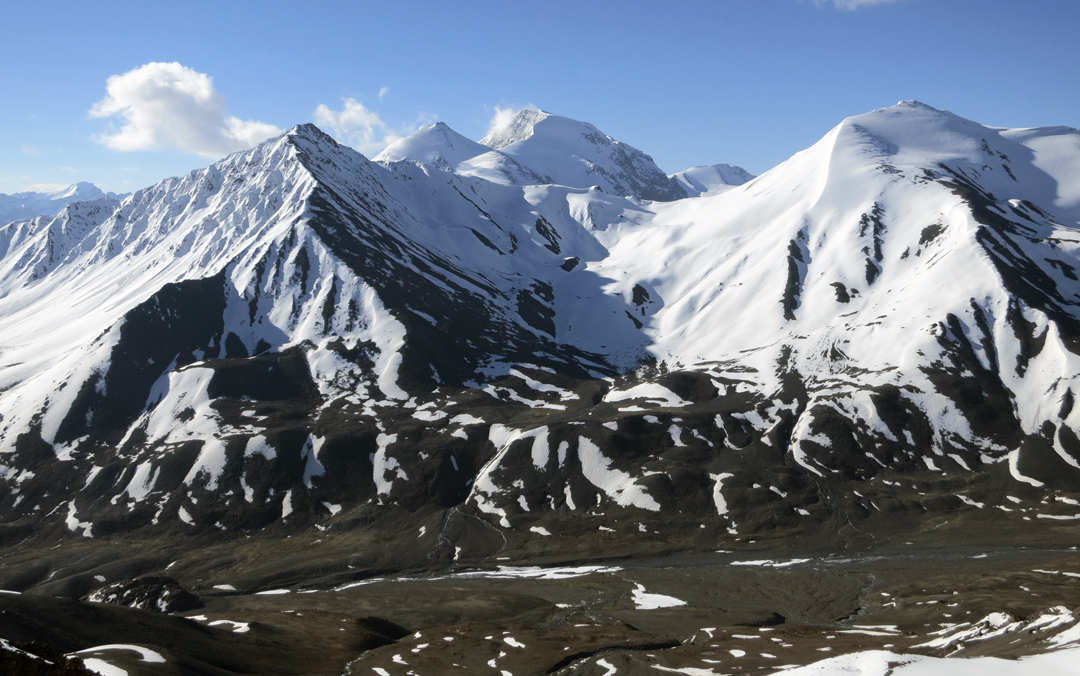 Machu Kangri from the summit of Nigutse South, seen to the south beyond unnamed 5,000m peaks.
Damien Gildea 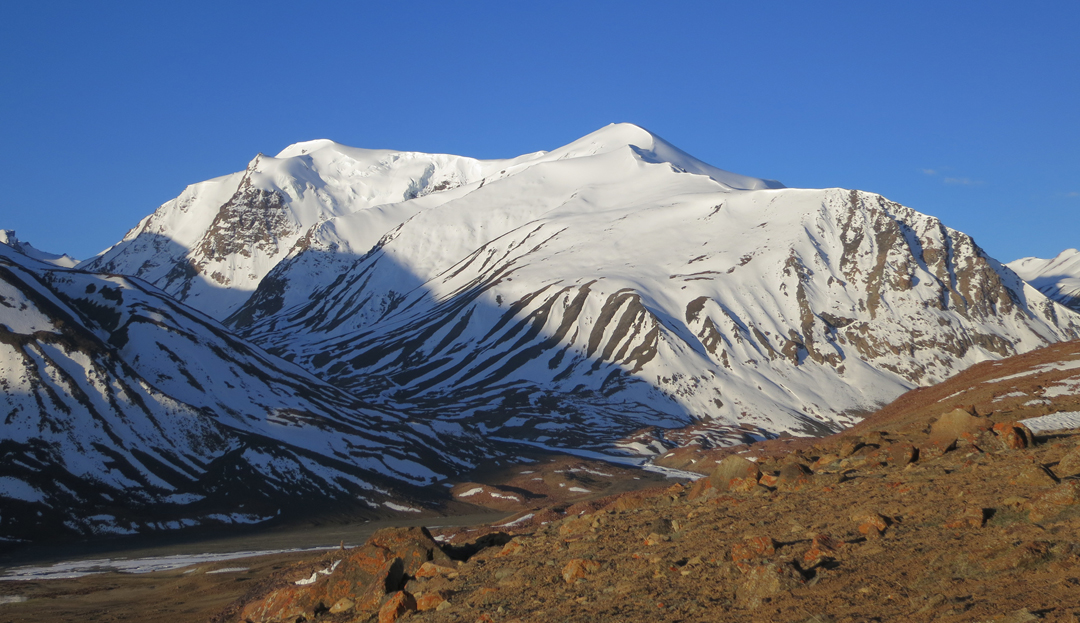 Unnamed Peak 5,720m in the Chomotang Group, seen from the north.
Damien Gildea
Previous Next

A ca 5,700m peak in the Chelong Valley.
Damien Gildea

Machu Kangri from the summit of Nigutse South, seen to the south beyond unnamed 5,000m peaks.
Damien Gildea

Unnamed Peak 5,720m in the Chomotang Group, seen from the north.
Damien Gildea
Previous Next