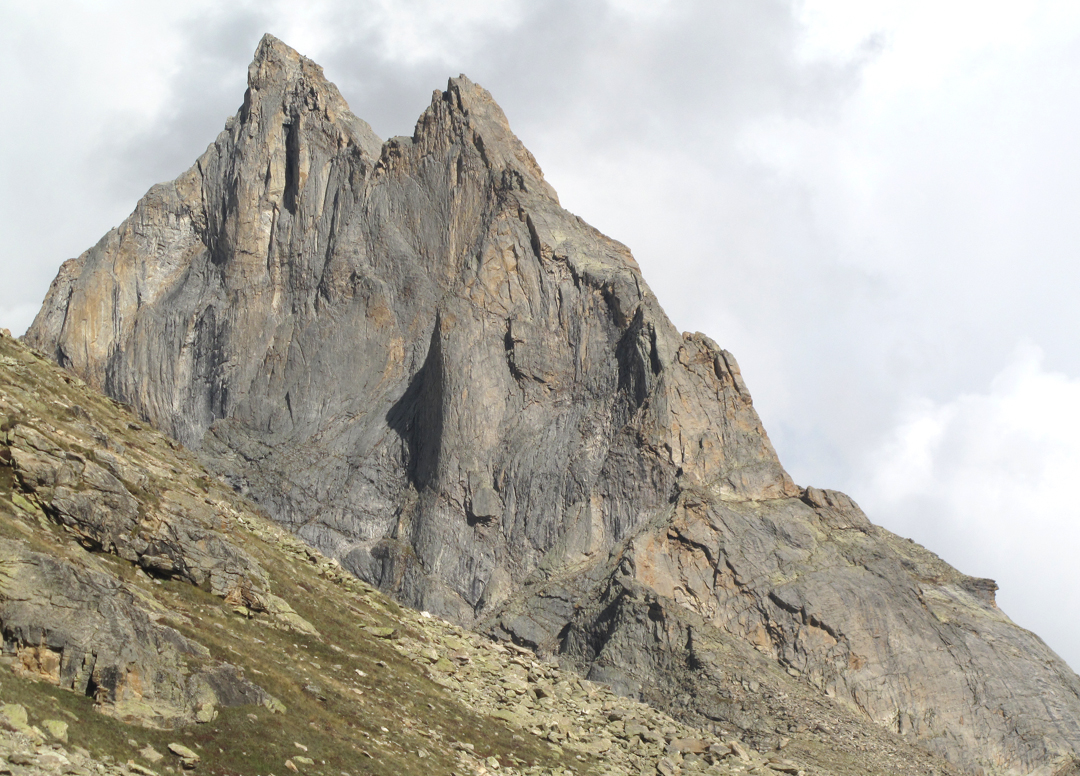 Iza Czaplicka, Ilona Gaweda, Bartlomiej Klimas, Joanna Klimas, my husband Adam Rys, and I, all from Poland, spent from August 15–September 1 in the Miyar. There were few days without rain, which meant that while short routes were manageable, longer adventures were not.

Some of us acclimatized with the second ascent of the 2009 Polish route Get Up in the Morning on Toro Peak, while others repeated Clandestine (250m, Cacioppo-Giuliani-Iannilli, 2008) on the lower slabs of the southwest face of David’s 62 Nose. We then moved to the Chhudong Valley. Here, on August 20, my husband and I climbed a new route on Gou Gou Peak (ca 5,100m), on the east-facing slabs left of Gou Gou Ridge. This was mostly slab climbing at UIAA V, but with a VI+ dihedral at the top. The rock was very good, and we named it Happy Couple on Holidays (750m). On the same day our four friends put up two adjacent routes on the northeast face of Nazomi Peak (ca 5,150m), well to the right of the 2008 Australian route. These were Scary River Dream (300m of climbing, V+) and Stradomska 27 (300m of climbing, V+, further right but with the same finish).

In 2011, Peschel and Schaar climbed a southerly foresummit to Chhudong Matterhorn, which they named Gutzele Peak (ca 5,250m, AAJ 2012). My husband and I repeated their route, with variants, up the south rib (500m, 5.9R), recording an altimeter height of 5,400m at the foresummit. However, we were disappointed by the rock quality, and it didn’t look any better on the continuation to the Matterhorn. When it started to hail, we retreated.

Various members of our team also climbed new ground on the ca 800m southeast face of Dome Peak (5,650m) and on the northwest face of David’s 62 Nose.

There is still much potential for new routes and virgin peaks in the Miyar, though in parts the rock is bad. We concluded that east and south faces in the Chhudong Valley were best.