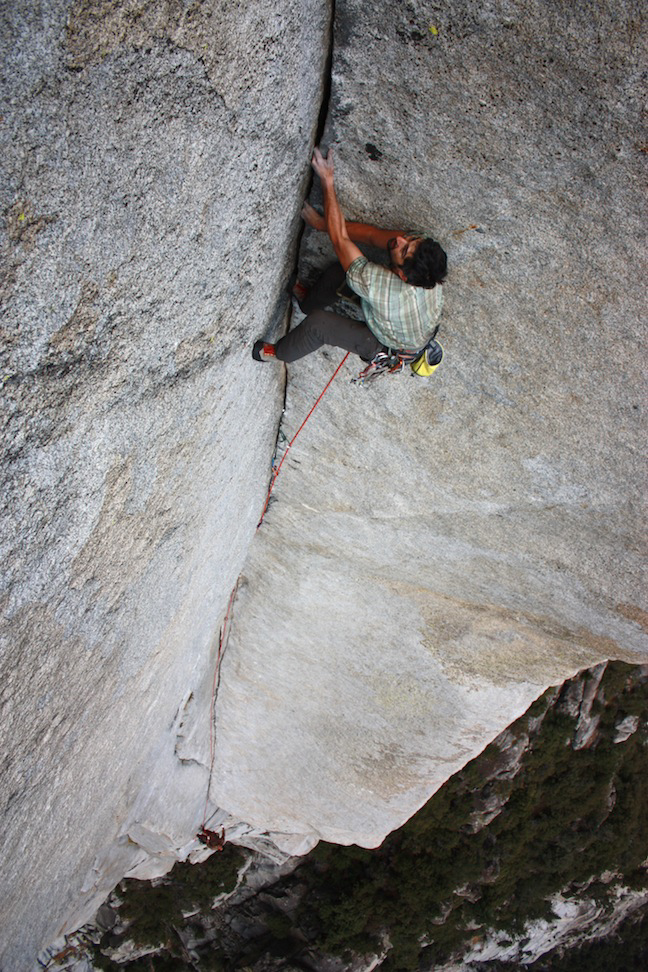 In September, Shaun Reed, Brad Wilson, and I spent two weeks establishing a new route on Tehipite Dome in Kings Canyon National Park. The route, Astro-Gil (1,700’, IV 5.11), ascends the previously unclimbed southeast face up bullet stone. We had splitter weather and saw no people except for a group of Sierra Club hikers. We named this route after our friends Gil Weiss and Ben Horne, who perished during the descent from Paclaraju Oeste in the Cordillera Blanca, Peru, after establishing a new route. Vamos a la cumbre!