On Monday, March 11, a guided party of six climbers, consisting of two guides and four clients, climbed Massey’s, the popular WI4 ice route near Field. This was the second day of a four-day waterfall ice climbing camp. On the previous day, the group had climbed at Haffner Creek.

Climbing as two roped teams, they ascended four pitches to the top of Massey’s and then rappelled back to the base. Prior to leaving the area, the group gathered for a lesson on V-thread ice anchors. Just before 3 p.m., while they were standing at the base of the climb, a large, fast-moving avalanche that started high overhead ran down the climb and caught all of the climbers. Two were buried, one completely and another with her head and arm barely exposed. The climbers’ packs, which were sitting on the ground nearby, were swept away and buried.

The guides immediately began searching. After determining that the partially buried victim was uninjured, they left her in place and concentrated on finding the missing person. Within two minutes, they had located her using an avalanche transceiver. She was buried under approximately 1.8 meters of snow. However, the guides were unable to dig effectively because all of their shovels and probes had been buried with the missing packs. Instead, they dug frantically with crampons and helmets.

The initiation of the avalanche had been witnessed by another guide from the same climbing camp who was near the parking lot. She immediately phoned one of the guides on Massey’s to warn of the impending avalanche and then began running the 1.8-kilometer approach to the climb, bringing rescue equipment. She contacted Parks Canada, then notified another guide working on an adjacent route. Upon her arrival at Massey’s, she and the other guides were able to extricate the buried victim and start CPR, after a burial time of approximately 32 minutes. Parks Canada rescuers arrived on the scene at 3:45 p.m., took over the CPR, and then used a helicopter sling to transport the patient to a nearby ambulance. She was taken to hospital in Calgary, where she passed away.

Massey’s is a 140-meter ice climb located in the run-out zone of a large avalanche path on the north- west side of Mt. Stephen. This path travels a linear distance of 2,400 meters from its top to the end of the run-out zone. The climb itself is rated Class 3 (complex) according to the Avalanche Terrain Exposure Scale (ATES).

This avalanche occurred at the end of a two-month spell of cold, dry weather in the Canadian Rockies. The snowpack had weakened considerably over this time and was comprised mostly of faceted grains with very little strength. The snowpack was at a tipping point where new snow and variable wind or temperature could change things immediately.

The wind arrived early, ahead of the snow. Parks Canada’s Bosworth Upper weather station, located 10 kilometers northeast of Massey’s at an altitude of 2,745 meters, showed steadily increasing winds starting Sunday afternoon and reaching peak gusts of 98 kph (61 mph) by 10 a.m. on Monday (see chart below). This wind combined with 20 centimeters of new snow from three days prior to produce significant wind loading in alpine areas overnight on Sunday and throughout the day on Monday. During this time, the alpine temperatures remained cold, rising from -17°C on Sunday morning to -11°C at the time of the incident on Monday.

The wind loading on March 11 overloaded the weak snowpack above Massey’s, and a large natural avalanche released at approximately 2,500 meters above sea level. The avalanche traveled a linear distance of 1,500 meters, running over the climb (which is located below treeline), and stopped in the run-out zone below.

The climbers had grouped closely together for the V-thread lesson at the base of the climb when they were impacted by the avalanche. Despite receiving a warning phone call, the group had no time to react before they were struck. They had carried avalanche rescue equipment, but it was buried or swept away with their packs when the avalanche hit. (Source: Grant Statham/Parks Canada.) 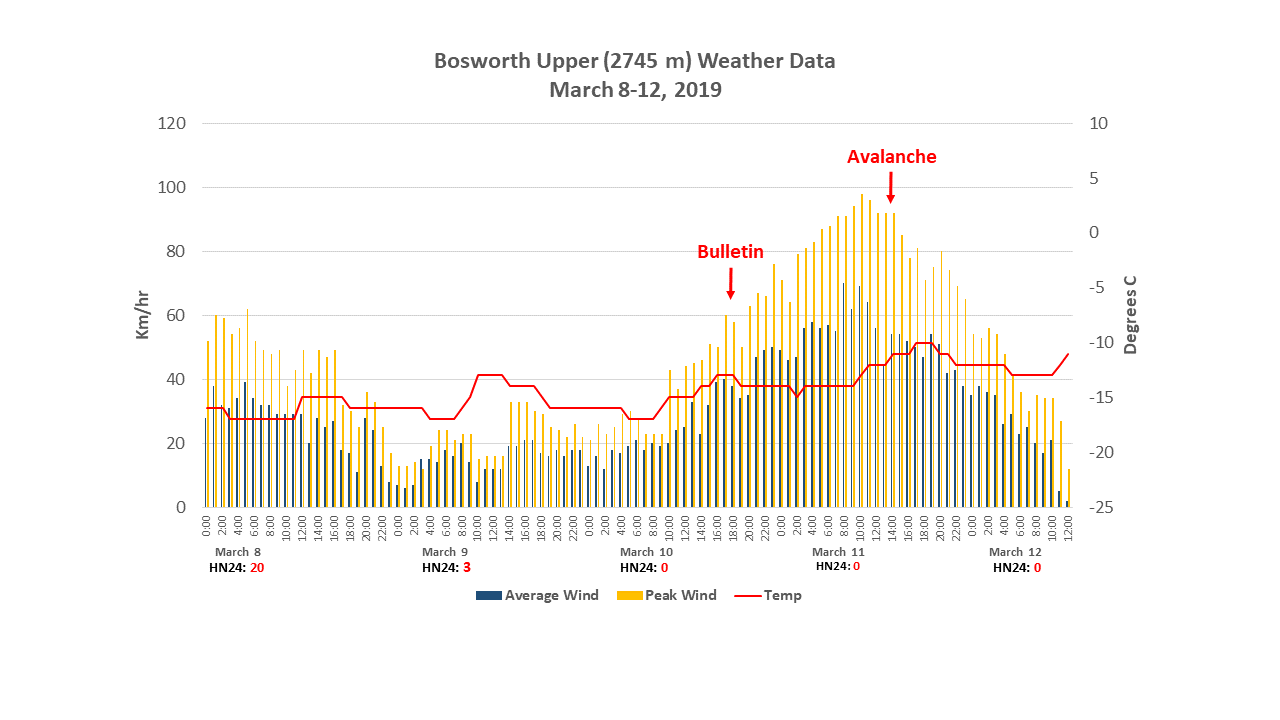 Graph of accelerating wind speeds in the 30 hours before the Massey’s avalanche.
Parks Canada 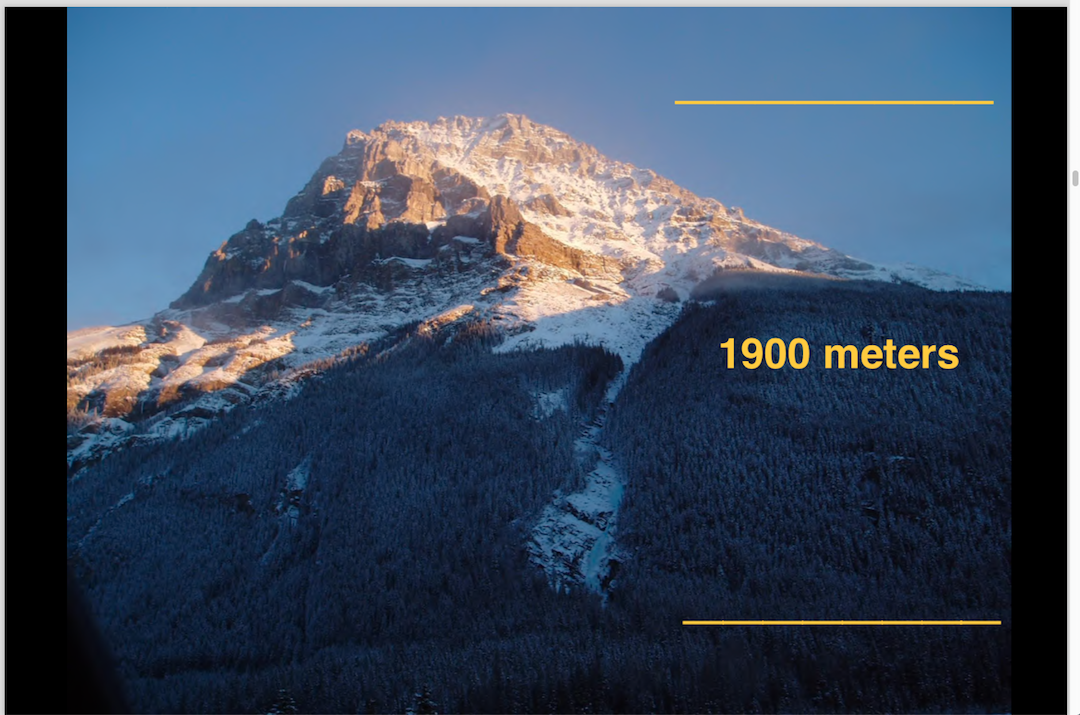 The northwest side of Mt. Stephen, showing the enormous snow collection zone that feeds directly onto the Massey’s ice route (located at the bottom of the gully in the center).
Grant Statham / Parks Canada
Previous Next

Graph of accelerating wind speeds in the 30 hours before the Massey’s avalanche.
Parks Canada

The northwest side of Mt. Stephen, showing the enormous snow collection zone that feeds directly onto the Massey’s ice route (located at the bottom of the gully in the center).
Grant Statham / Parks Canada
Previous Next