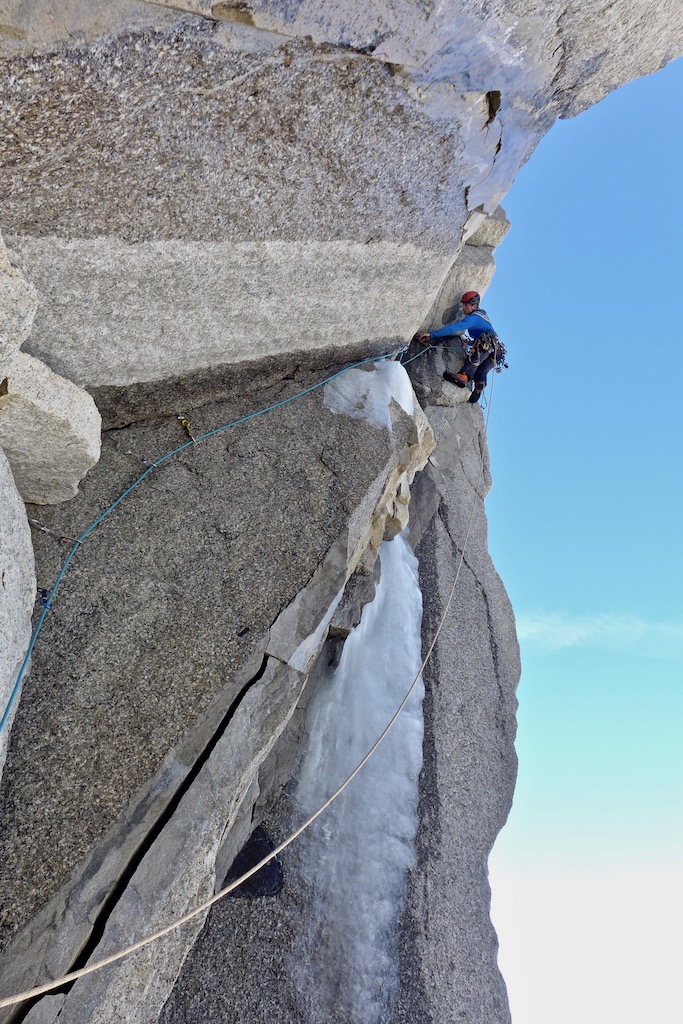 Luka Lindič (Slovenia) and I arrived in El Chaltén in the middle of January and planned for a six-week visit. Since we’d both visited Patagonia a few times, we knew there was no point in having fixed goals, as Mother Nature sets the rules anyways. We decided it was better to approach the walls with good ideas, strong motivation, and open minds.

Since the Torre Valley looked crowded and the walls covered with snow, we found our goal on the south face of Aguja St. Exupery, where, in 1998, Marcelo Galghera and Horacio Gratton (Argentina) attempted a new line to the left of Le Petit Prince (AAJ 1995), retreating after six pitches.

On our first try, at the end of January, we climbed nine pitches following the line of the Argentine attempt past their high point and found a good bivy ledge to spend the night. The next day, we climbed a traversing pitch before deciding that continuing on an overhanging traverse with minimal equipment and no option to retreat felt too committing. We rappelled and took all our gear with us to the valley. At that moment, we realized why almost no one climbs this sort of steep wall in alpine style, and why most first ascents of this magnitude use rope-fixing tactics to provide security.

After a few rest days in town, our muscles were refueled, but we couldn’t sleep in peace. Our minds couldn’t give up the thought of the passage we sensed through the overhangs, the one we didn’t dare commit to trying. With the right gear and the knowledge of the wall that we have now, this story could have unwound differently.

Curiosity got the best of us. We borrowed more equipment from our friends in the valley and returned to the wall in the middle of February. With a good weather forecast, our goal was to have fun and give it our best. The climbing result would just be a consequence of the actions taken to reach that goal. Since there was no one else on the wall, we could enjoy our challenge in peace, which is becoming a more and more important factor for the quality of our experiences in the mountains. 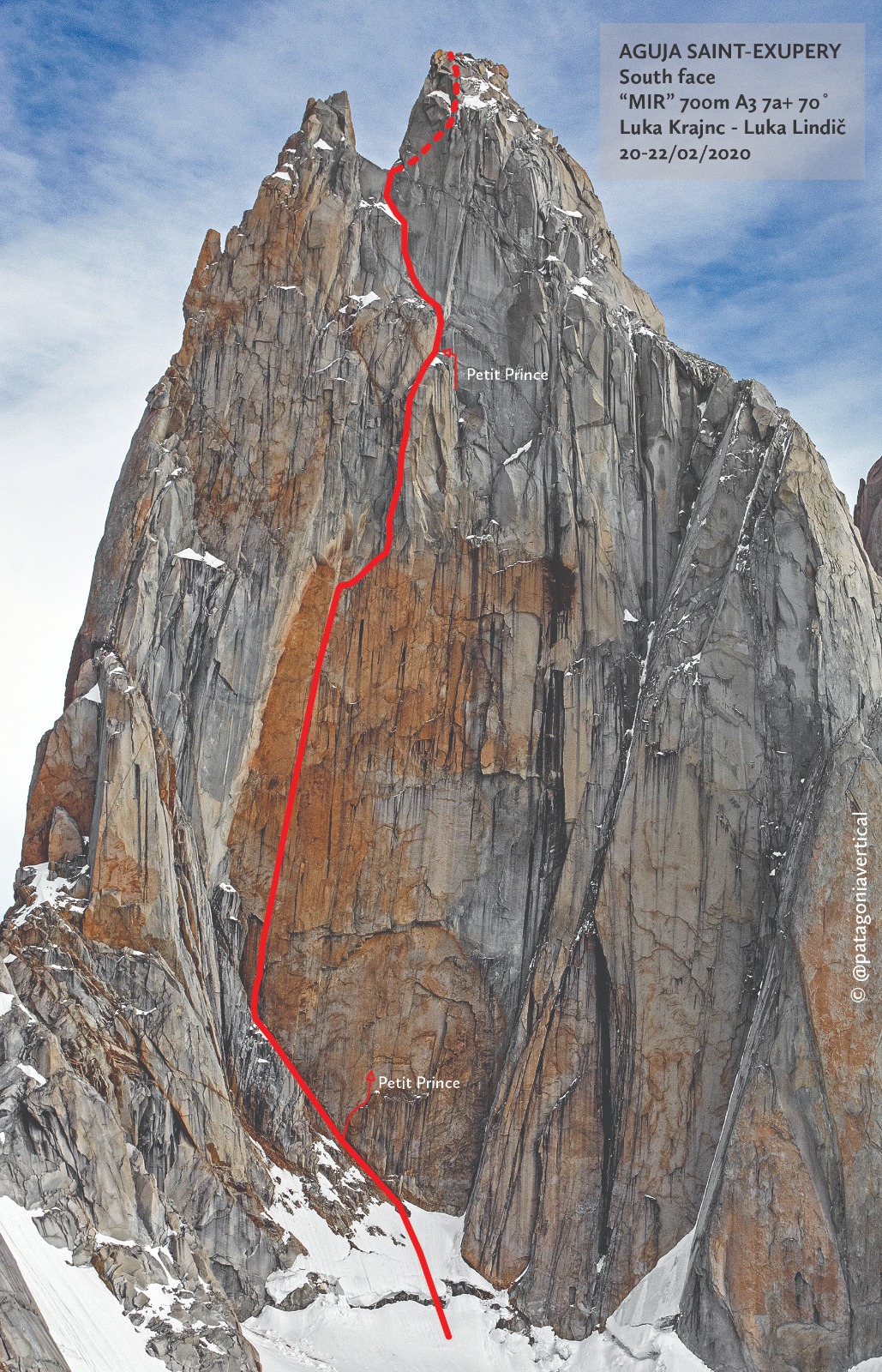 The first day went by without many problems. The weather was warmer and knowing the pitches made the climbing more fluid and less stressful. We enjoyed the good bivy, knowing we would face reality the next day. As the wall leaned backwards, we moved upwards slowly, not knowing what to expect but accepting whatever was offered. At first, we left the rope attached on the overhanging crux pitch. After climbing further, we sensed a passage through the last part of the overhang. We decided to take up the rope. It felt committing but liberating at the same time. From that moment on, we knew the only way was up. Luck accompanies the brave, right? The passage we had sensed, we soon discovered. It proved to be the only crack leading out of the overhanging terrain.

Tired but happy, we bivouacked on a small snowfield where our route joins Le Petit Prince. The third day, we enjoyed the good climbing on that route, which led us to a col and then to the summit of St. Exupery. We rappelled the Italian route on the east face and found ourselves back below the wall at sunset.

What more could we ask? We had climbed the steepest alpine wall of our lives in good style and had an amazing time. Altogether, combined with the top of Le Petit Prince, the climb was 700m, 7a+ A3 70°. We named our new line Mir (500m, 6c+ A3 70°), which means “peace” in Slovene and strongly connects to the inner and outer experience we encountered both during and after our climb. 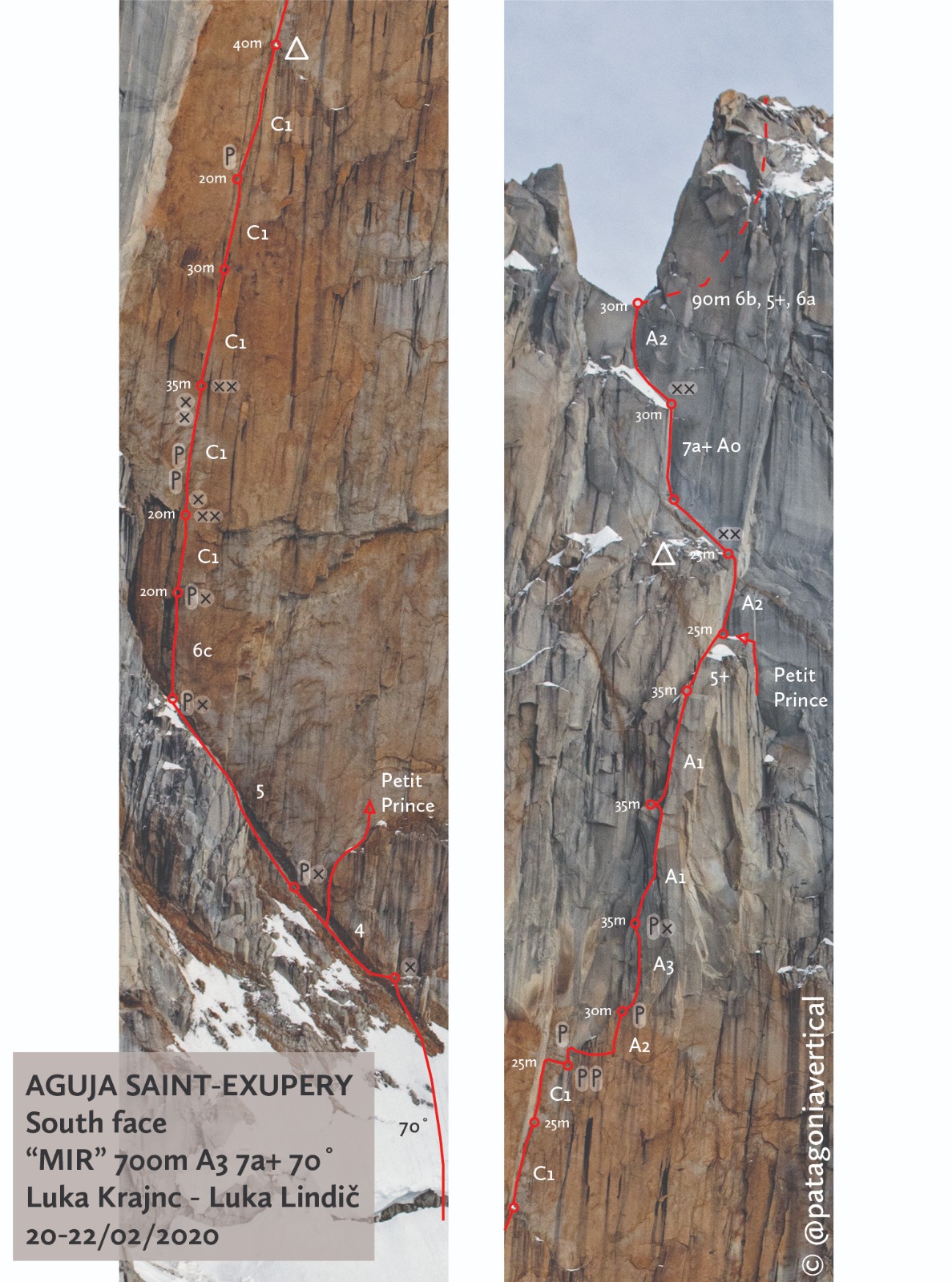 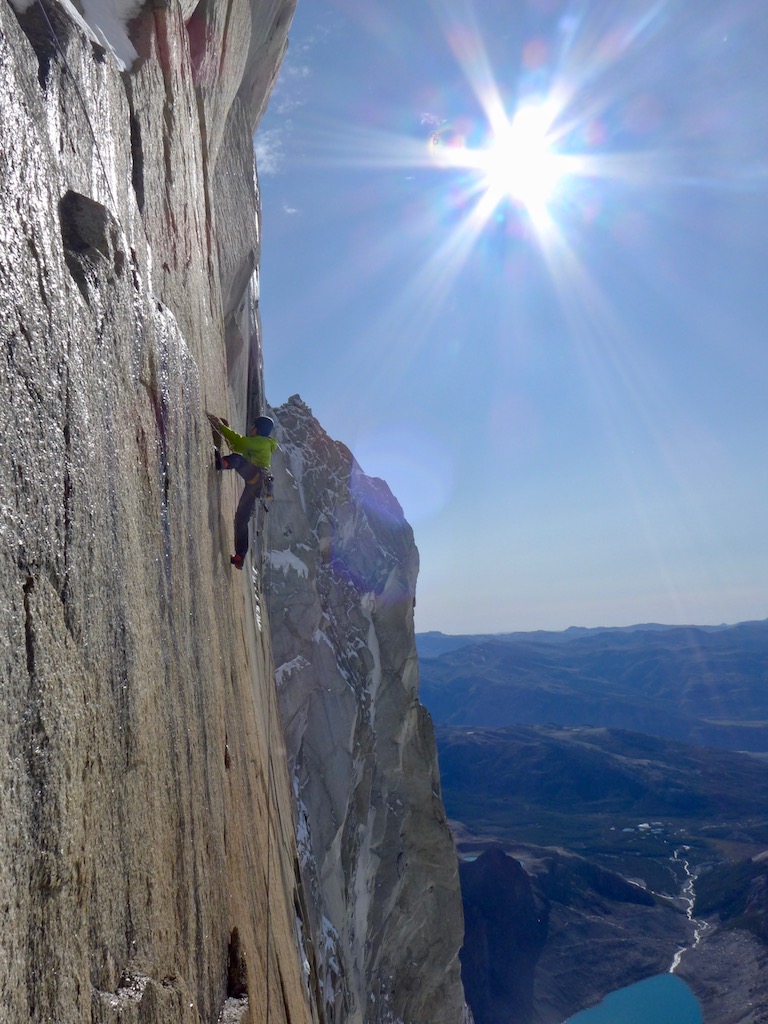 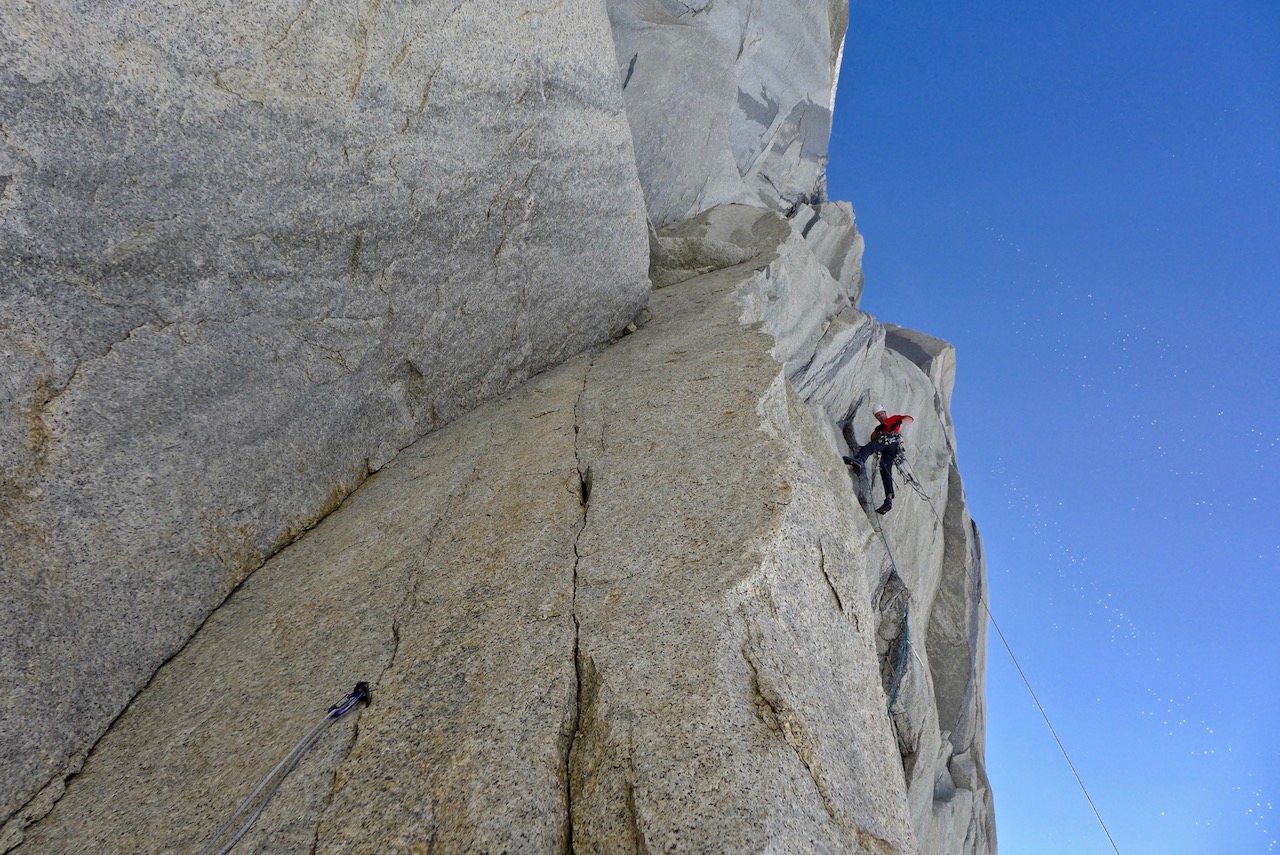 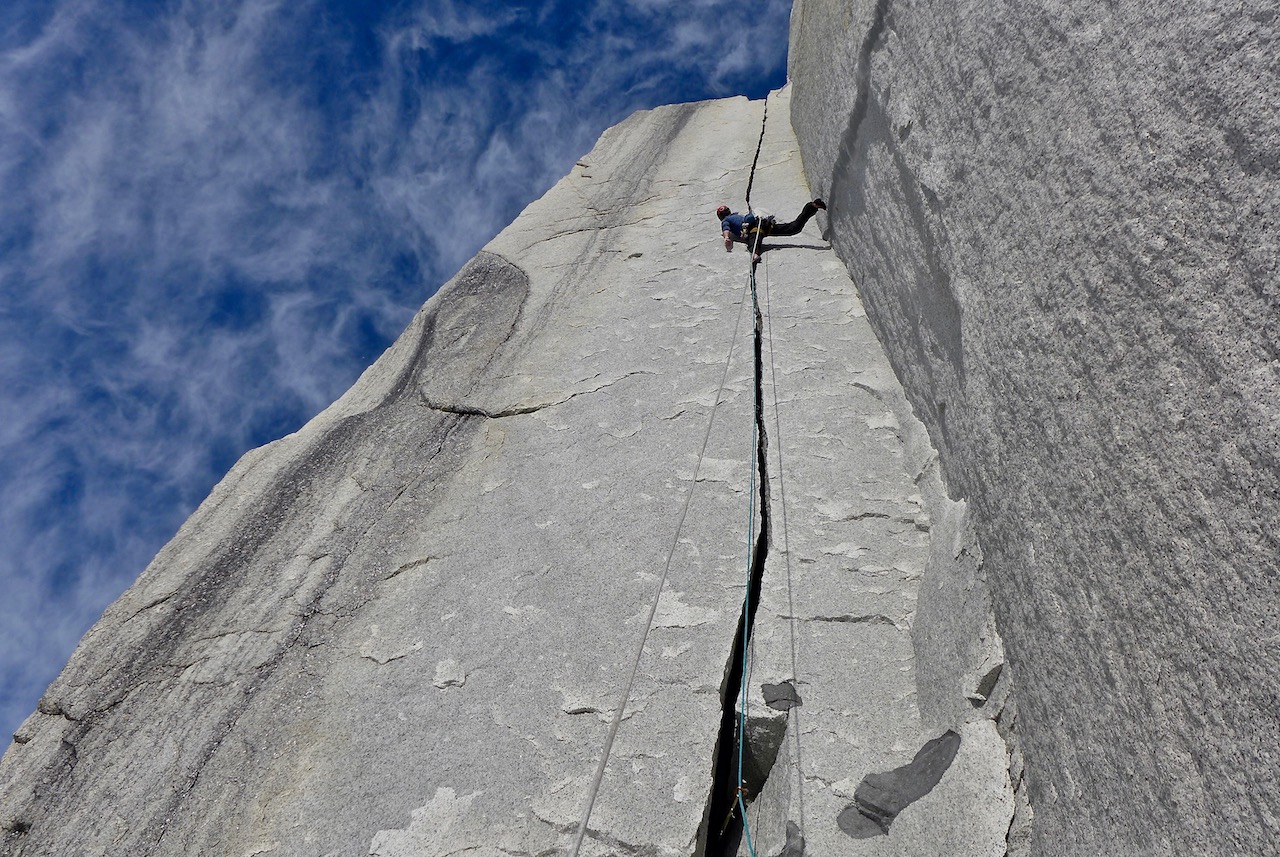 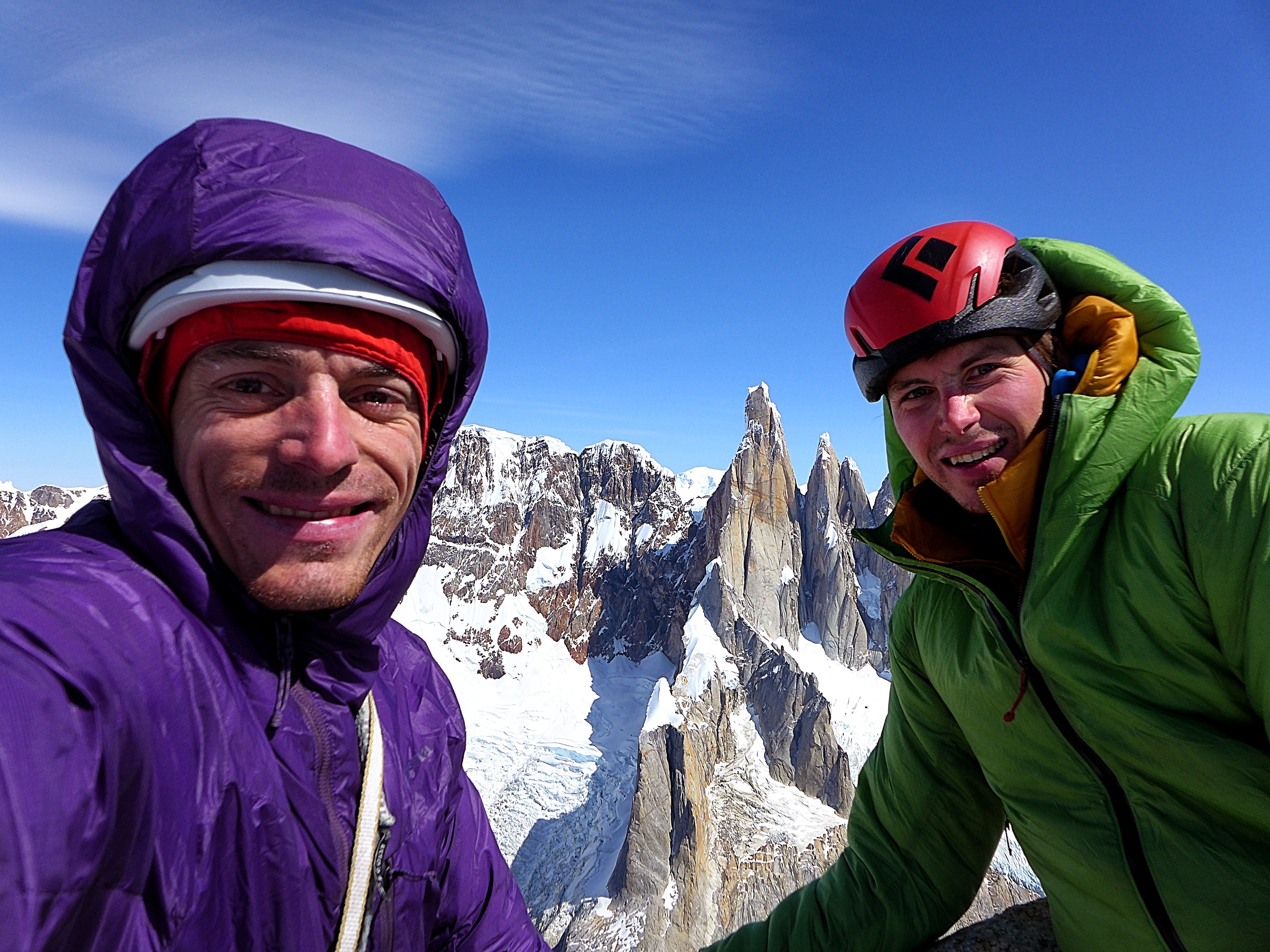