Valkyrie Peak and Other Ascents

Culminating a three-year training program for young climbers, an expedition from the Swiss Alpine Club spent nearly a month in Auyuittuq National park and climbed five routes, including two possible first ascents of peaks. The team was Pierre Bétrisey, Louis Jacques, Johannes Konrad, and Mathias Ulrich (ages 21 to 24), with Denis Burdet as lead guide, along with doctor Sebastian Zurbriggen.

Much of the activity was up the Fork Beard Glacier, which extends southward from near Mt. Thor in the Weasel River Valley. The first objective was the beautiful north face of a peak on the south side of a glacier extending to the east about 6km up the Fork Beard (66.508347N, 65.202059W). The team spent a week establishing Rien á Déclarer (“Nothing to Declare,” 500m, 7a A2+), leading directly to the summit, which they called Valkyrie Peak. [This summit would be relatively easy to reach from a glacier to the south, and it’s possible it was climbed this way before.] Follow the links for each climb to download PDFs with topos and more information.

On August 1, members of the team climbed two side-by-side 400m routes at the west-facing head of a nearby cirque: Game of Drone and Popcorn Finger (both 6c). They descended the ridge to the northwest with scrambling and several rappels.

Two days later, the team climbed the south pillar of a formation farther up the Fork Beard Glacier they called Willen Peak (66.481738N, 65.207708W), named after an injured member of the team who could not join the expedition). The route was Vigier Béton (500m, 6c); they descended by rappel.

After moving their base camp back down to the main valley, the Swiss climbers attempted two routes on Tirokwa East. On August 10 and 12, Bétrisey, Burdet, and Zurbriggen climbed a long line up the left side of the west face, first climbing about 10 pitches up the lower spur and then, two days later, regaining their high point by a ledge system and then continuing for another 18 pitches or so to a point just 30m below the summit, where unprotected rock led them to descend after about 1,400m of climbing (850m vertical gain). They called the not-quite-complete line Aya Pagula (6c+).

During the same period, the team also attempted a route up the main pillar on the west face of Tirokwa East but descended after about 350m of climbing (6b+ A4). 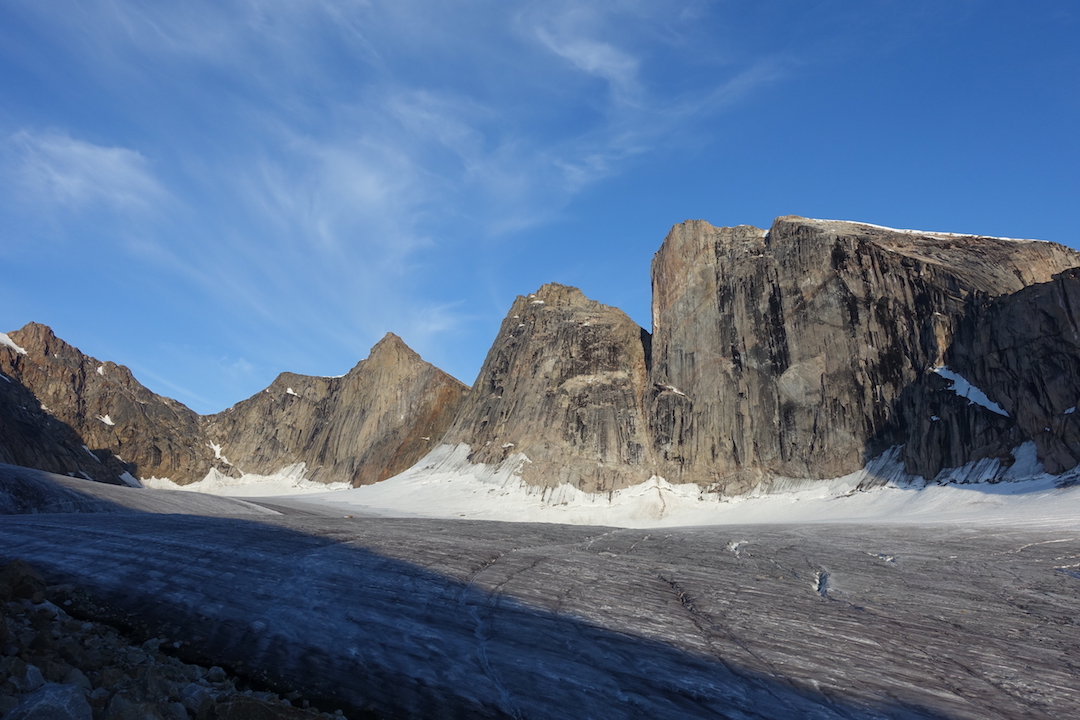 Looking southeast up an arm of the Fork Beard Glacier. The Swiss team climbed the 500-meter north face of the mountain at left, calling it Valkyrie Peak. Their route was Rien á Déclarer (“Nothing to Declare,” 7a A2+). The other faces are probably unclimbed.
SAC -CAS 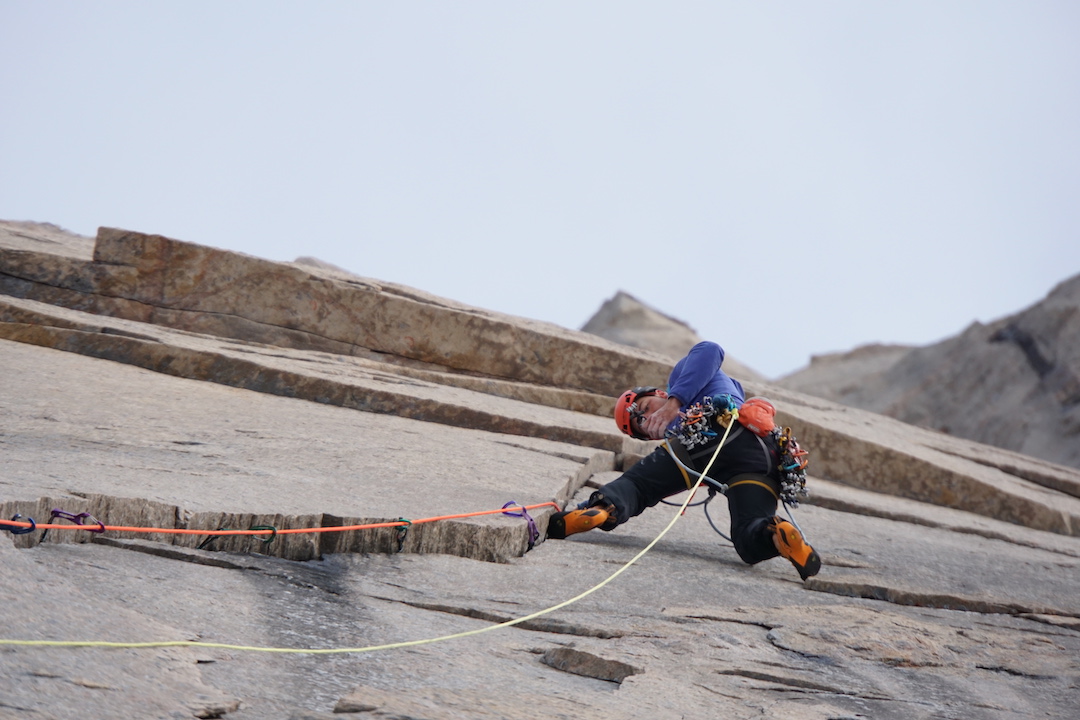 Looking southeast up an arm of the Fork Beard Glacier. The Swiss team climbed the 500-meter north face of the mountain at left, calling it Valkyrie Peak. Their route was Rien á Déclarer (“Nothing to Declare,” 7a A2+). The other faces are probably unclimbed.
SAC -CAS

Photo-topo and other information for Vigier Béton on Willen Peak.

Topos and other information for Game of Drone and Popcorn Finger.

Topos and other information for Numerus Total Clausus, an attempt on Tirokwa East.

Topos and other information for Rien á Déclarer on Valkyrie Peak.
Previous Next