A four-man team from Krasnoyarsk, Siberia, operated in the Ak-su and Kara-su valleys over the summer, repeating various routes. On July 23, two of this team, Evgeny Corulin and Vasily Terekhin, established a long free route on the west face and upper southwest face of Kotina (a.k.a. Shaitan Khana, 4,521m).

Although this is a big wall, the two wanted to climb as quickly and as light as possible, both climbing free, the second with a rucksack. They took a very lightweight tent, stove, food, and a walkie-talkie. Setting out at 7 a.m., they climbed 12 pitches from V to 6b, followed by almost 200m of III to reach the central terrace, where they left all their bivouac equipment. To that point, the second had carried 13kg and was glad to get rid of the pack for the second, steeper, part of the climb.

Leaving the central terrace at 2 p.m., the pair climbed the second and crux barrier, which was consistently steep and sported cracks from 3mm to offwidth. Pitch 18 was the most difficult at 7a. Three pitches on the third buttress (6a and 6b) led to the summit ridge, up which they scrambled rapidly (III with a few steps of V) to the top, arriving just before 8 p.m. They regained the central terrace and bivouac gear by 11:30 p.m., and the following day spent three hours descending to the valley.

The route is very long: 1,200m of vertical gain, 1,800m of climbing. The team felt the overall grade was 5B, similar to other Karavshin classics such as Perestroika Crack on Pik Slesov or Alperina on Pik Asan. Perhaps in another area, they mused, it might be 6A, but there are not enough difficult sections to make it comparable with a Karavshin 6A. [This route starts at the same place as Krukonogi, established by an Austrian pair a few days earlier in July, and continues up a mostly parallel line to the right.] 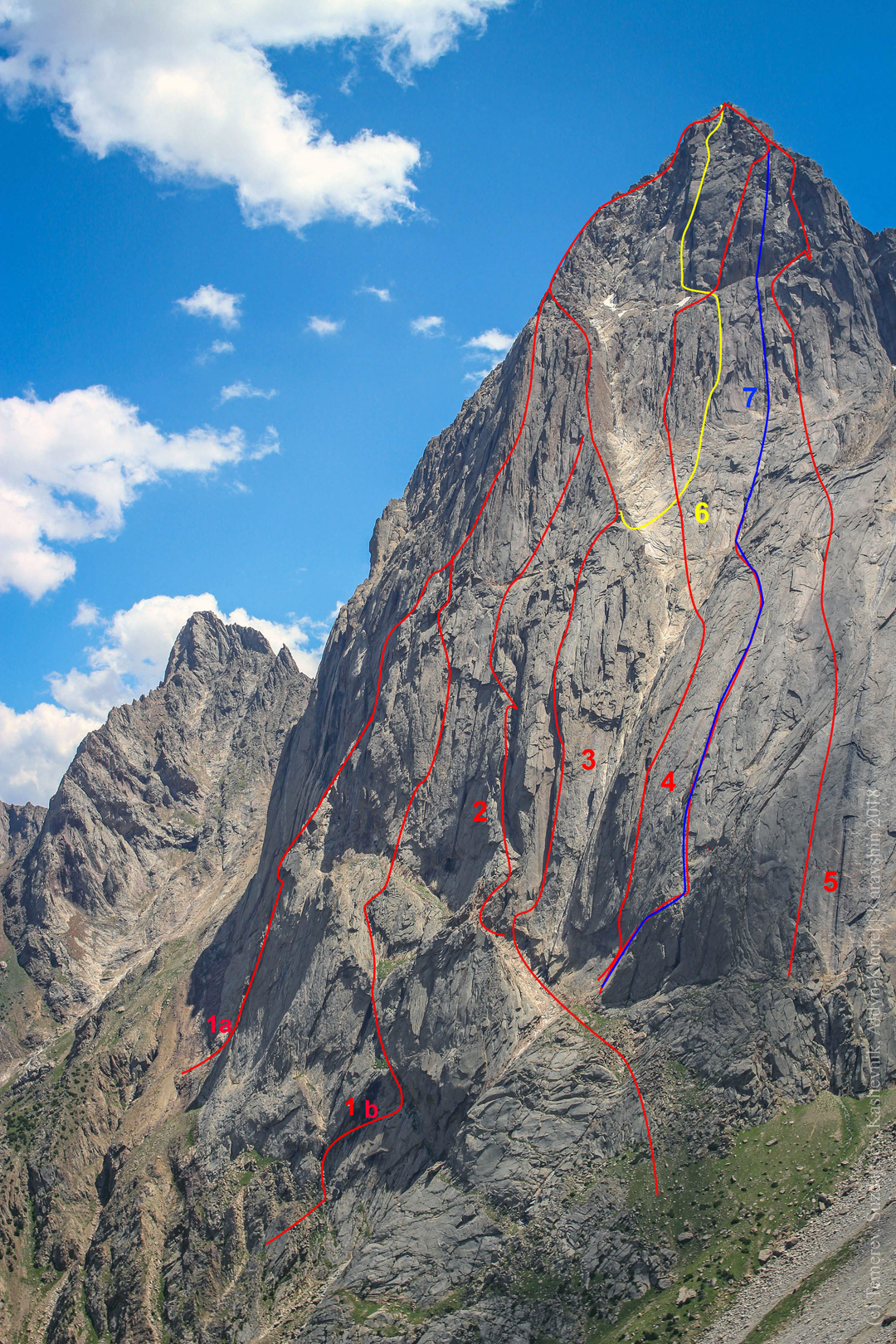 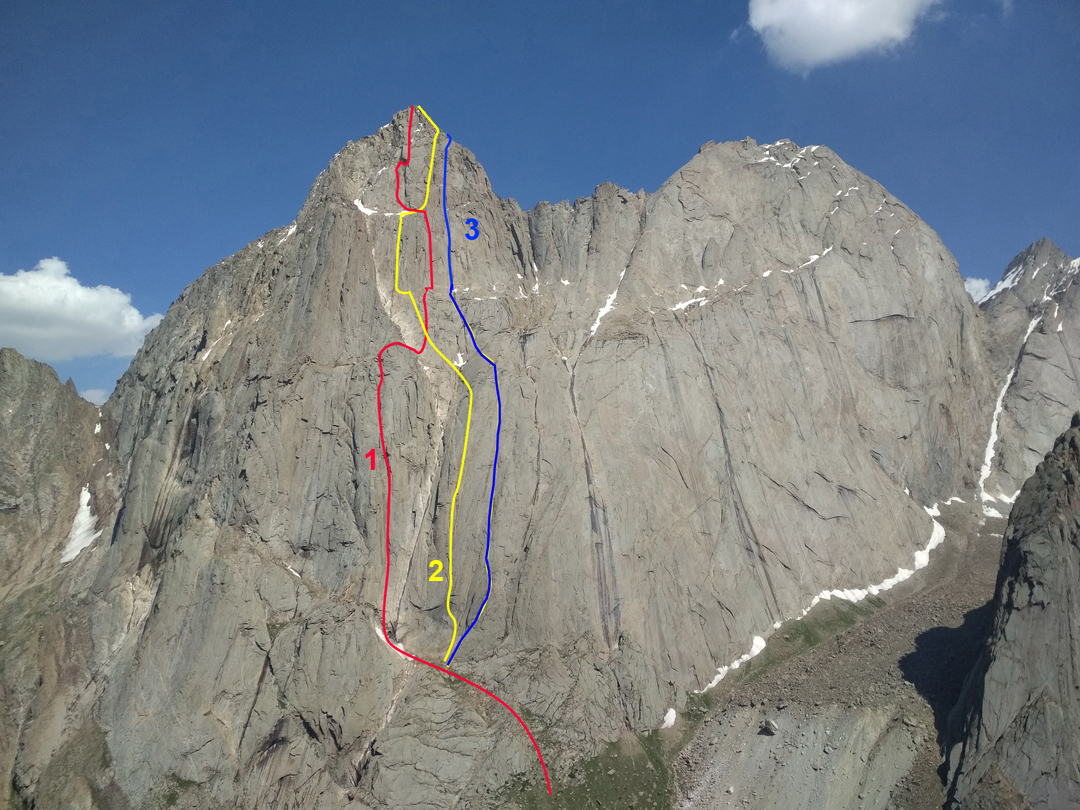