In the Kirkefjord area, on the island of Moskenesøya, Bernat Bilarrassa, Jordi Esteve, and I climbed a couple of new routes in May. We first tried the north face of Brasrastinden, but Bernat received a direct hit from rockfall, which broke his helmet. We retreated.

On the 24th, with tails somewhat between our legs, we went to look for something less committing and found the north face of an unnamed 672m peak at 67°59'57.32"N, 12°58'49.37"E (Google Earth is poor in this area), northwest of Moltbaertinden (700m) and south of Breiflogtinden (750m). The first obstacle was a large slab with disconnected thin cracks, which made it difficult to protect. On the slab's second pitch, Bernat, almost recovered from his accident, made a fine zigzagging lead; he discovered the best line by opening his field of vision—if he had only looked up, he would have been stuck. Although the crack line toward the top of the wall was technically harder, this second pitch was the key to unlocking the route.

We climbed a total of 13 pitches to the summit, named our route Diamantfinner (400m, 7 with one section of A2), and labeled the summit “Moltbaertinden North Peak.” We made two rappels to reach the north-northwest ridge and then followed this to the start of a large gully that led down east to the main valley running south to Kirkefjord.

The following day we headed south along the fjord and then back northwest up the Vesterdalen (valley) to reach the remains of a glaciated cirque below the east face of the south summit of Stamprevtinden (748m, 67°59'25.48"N, 12°58'44.64"E). We carried five bottles of water and a little food for the next 20 hours. After climbing unroped up initial easy-angled slabs, we weaved a route up the face above in 19 pitches, several of them bold. One hundred or so meters below the top, with no clear route visible, the sky told us that precipitation was not long in coming. We didn't have enough gear to descend, so the only escape was up. The stress this caused was precisely why we had come to this corner of the Arctic, seeking adventure and the essence of trad climbing.

From the summit we followed the south-southeast ridge as far as the pass before Helvetestiden, then descended a gully to Kirkefjord. We named the route the Human Timeline (600m, 7/7+). There is one other route on the east side of Stamprevtinden: Sweet Dreams then Beautiful Nightmares (480m, 13 pitches, 7, Svihalek-Svihalek, 2012).

We climbed both routes with trad gear and left nothing in place. We took Camalots up to number 4 but not enough micronuts. On Diamantfinner we had to use the nut tool as a placement in the A2 section, so we recommend future parties bring a lot of micronuts. 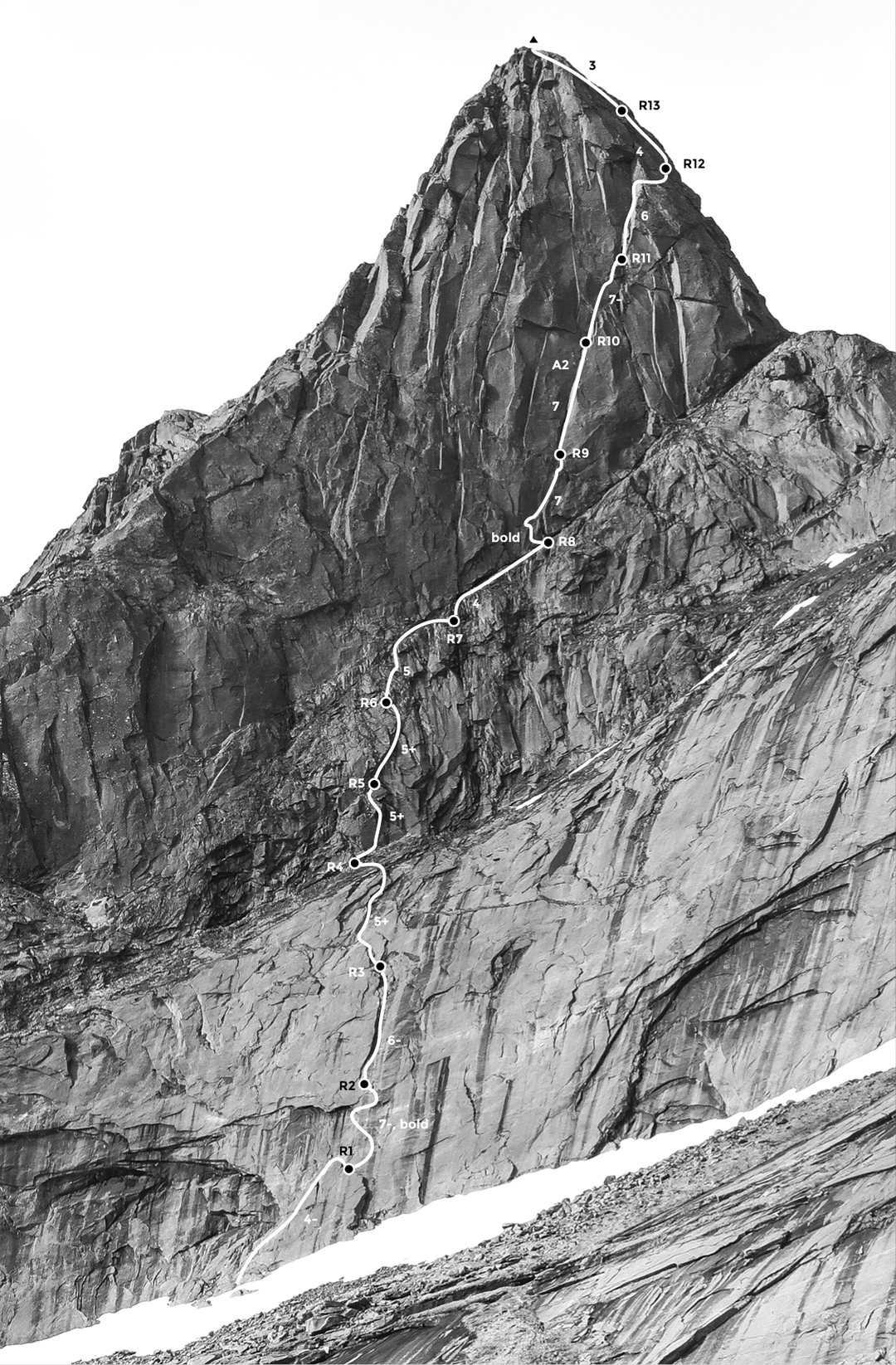 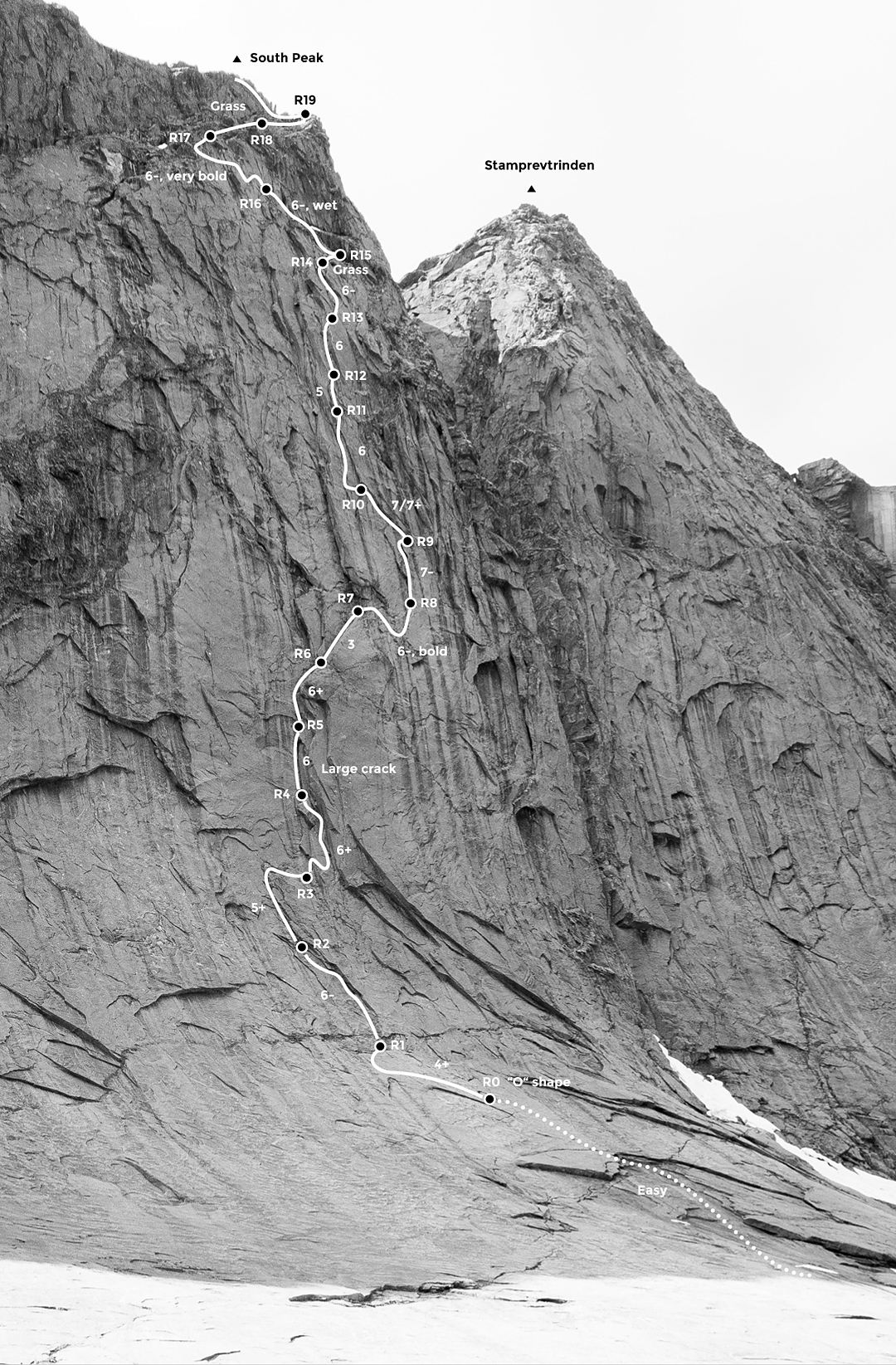 The Human Timeline on the east face of Stamprevtinden’s south peak.
Gerber Cucurell 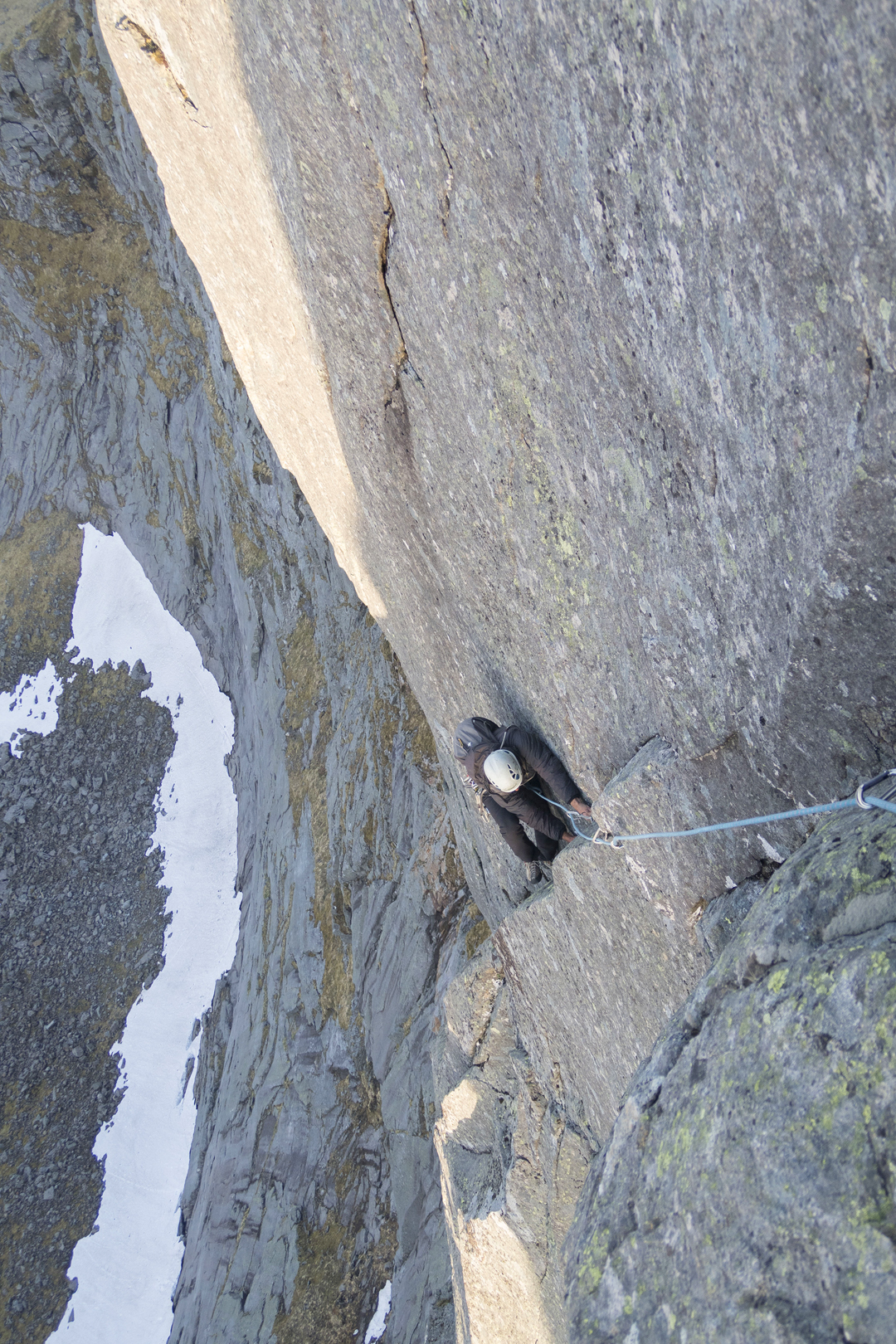 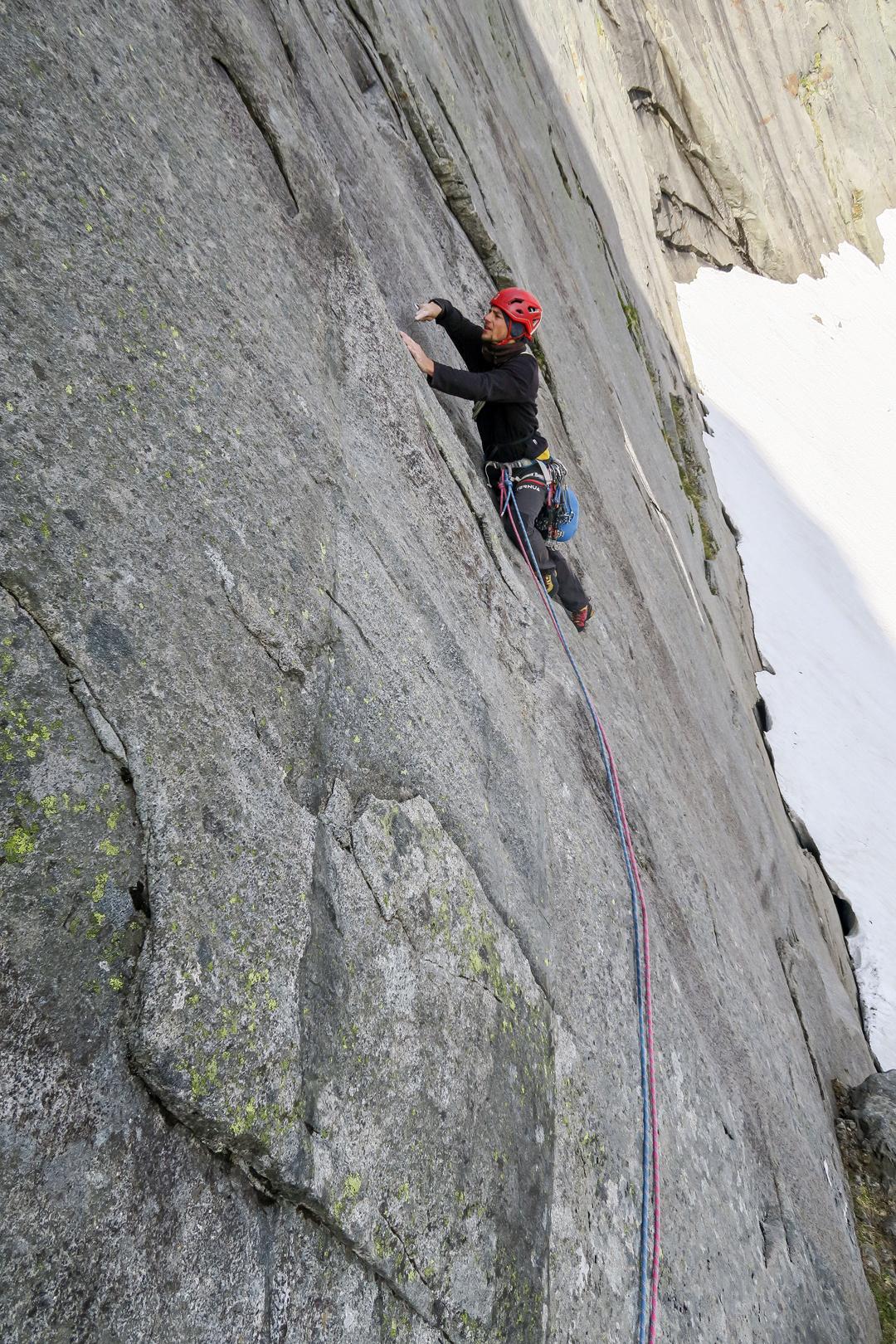 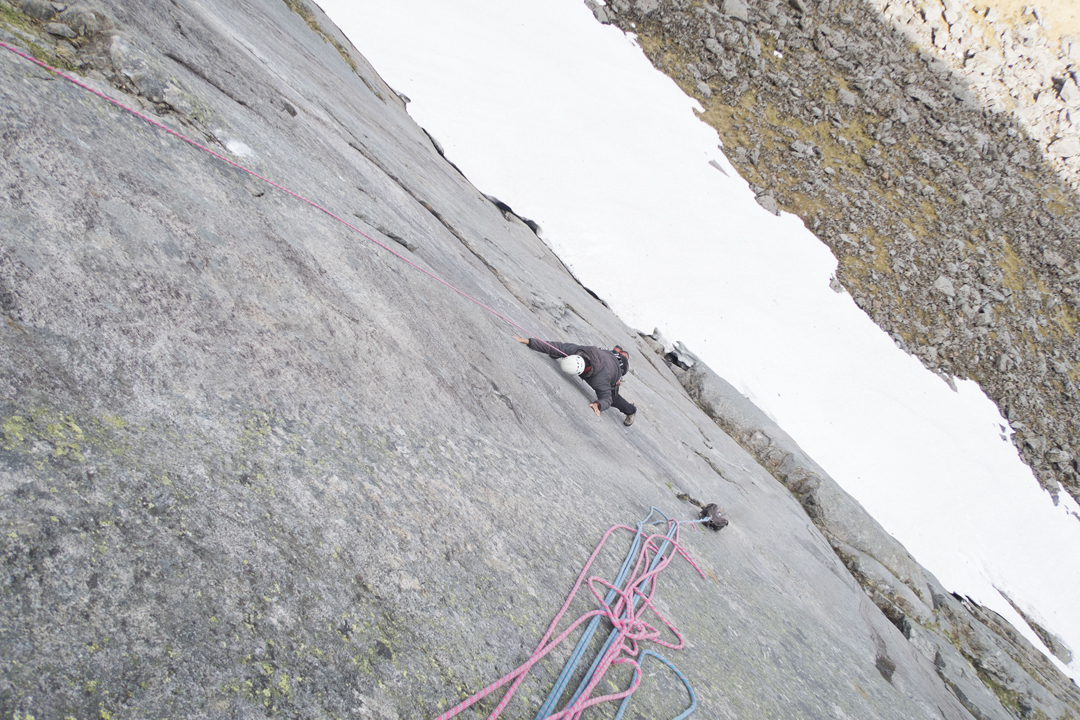 Bold slab climbing on the lower section of Diamanfinner on the north face of “Moltbaertinden North Peak.
Gerber Cucurell 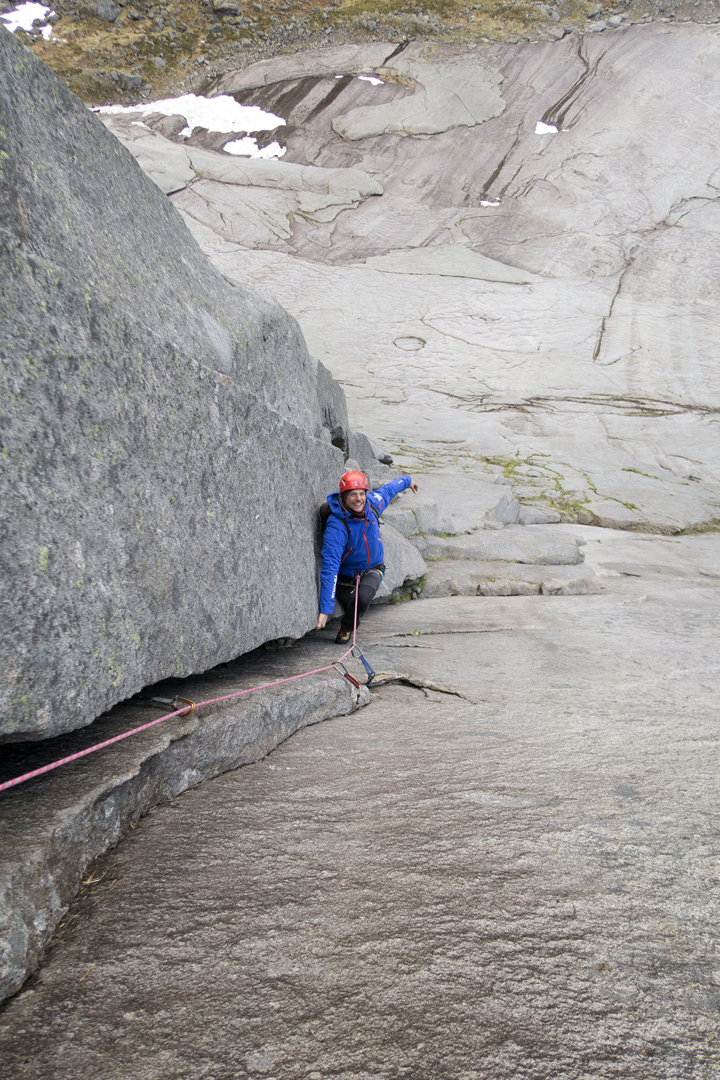 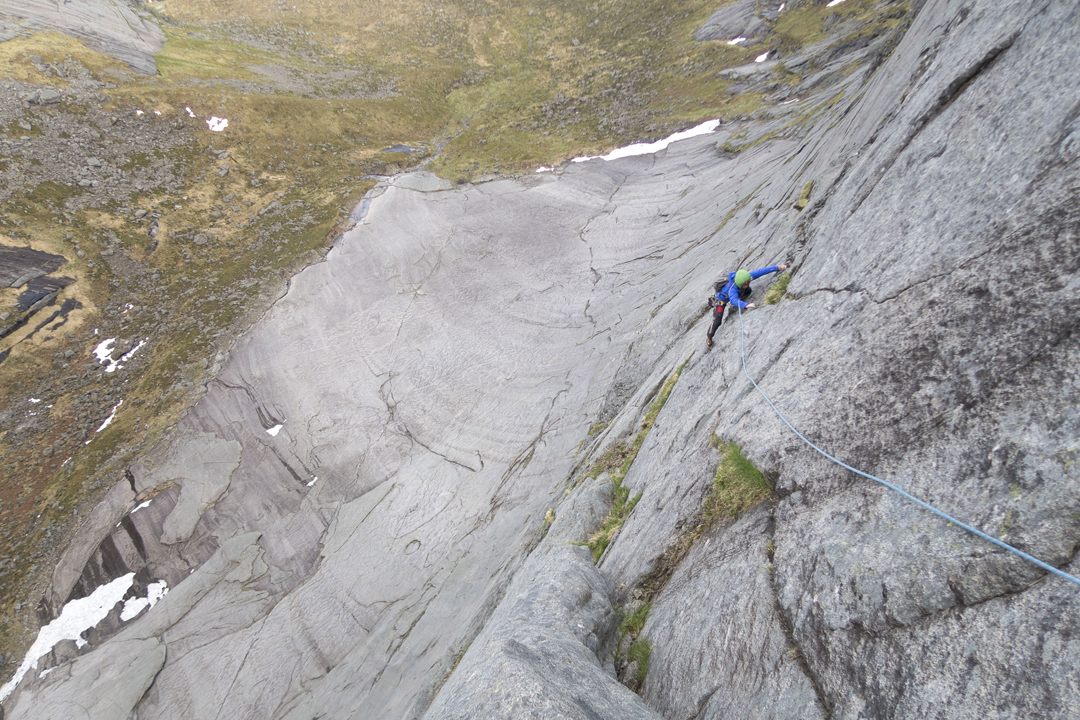 On the vast upper slabs of the Human Timeline, east face of Stamprevtinden’s south peak.
Gerber Cucurell
Previous Next

The Human Timeline on the east face of Stamprevtinden’s south peak.
Gerber Cucurell

Bold slab climbing on the lower section of Diamanfinner on the north face of “Moltbaertinden North Peak.
Gerber Cucurell

On the vast upper slabs of the Human Timeline, east face of Stamprevtinden’s south peak.
Gerber Cucurell
Previous Next