The fjord of Hornsund lies in southern Spitzbergen (Svalbard), and on the south coast of its inner waters lies the small peak called Bautaen (76.97086°N, 16.38613°E). This is a remote summit, and I am not aware of any routes being climbed there. I climbed the east face on June 3, during a long night snatched between days of work and skiing. My route began more or less from the sea. After a short ski ascent, I walked to the base of the steep rock wall, which I rope soloed in six pitches. The route followed cracks and corners of surprisingly good rock (gneiss): Origo Nights (7a). Protection was mostly good except on the second to last pitch, which was wide. Camalots number 5 and 6 would have been useful. I rappelled the route from single-point anchors. 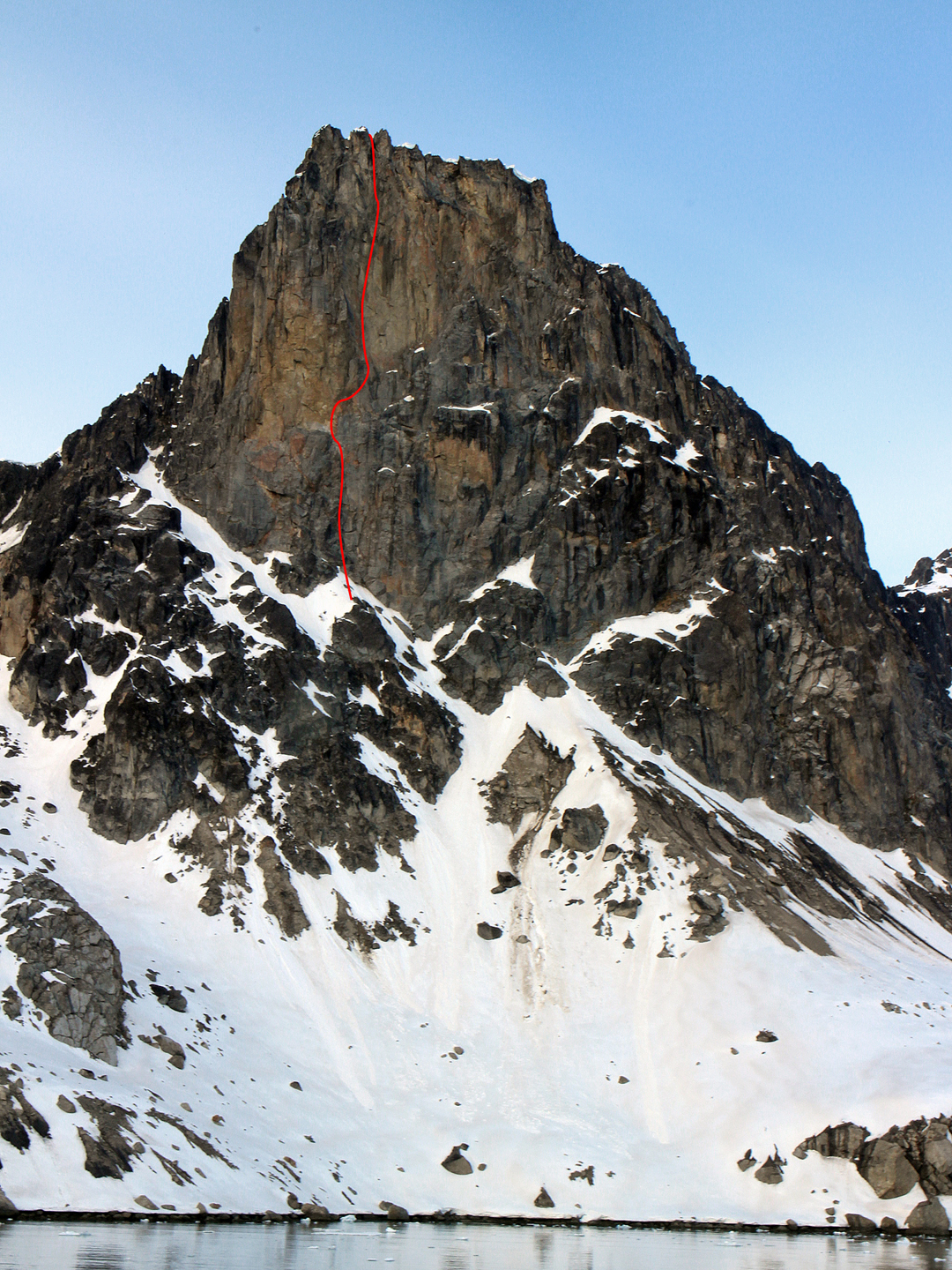 The east face of Bautaen and the line of Origo Heights.
Krister Jonsson
Previous Next

The east face of Bautaen and the line of Origo Heights.
Krister Jonsson
Previous Next