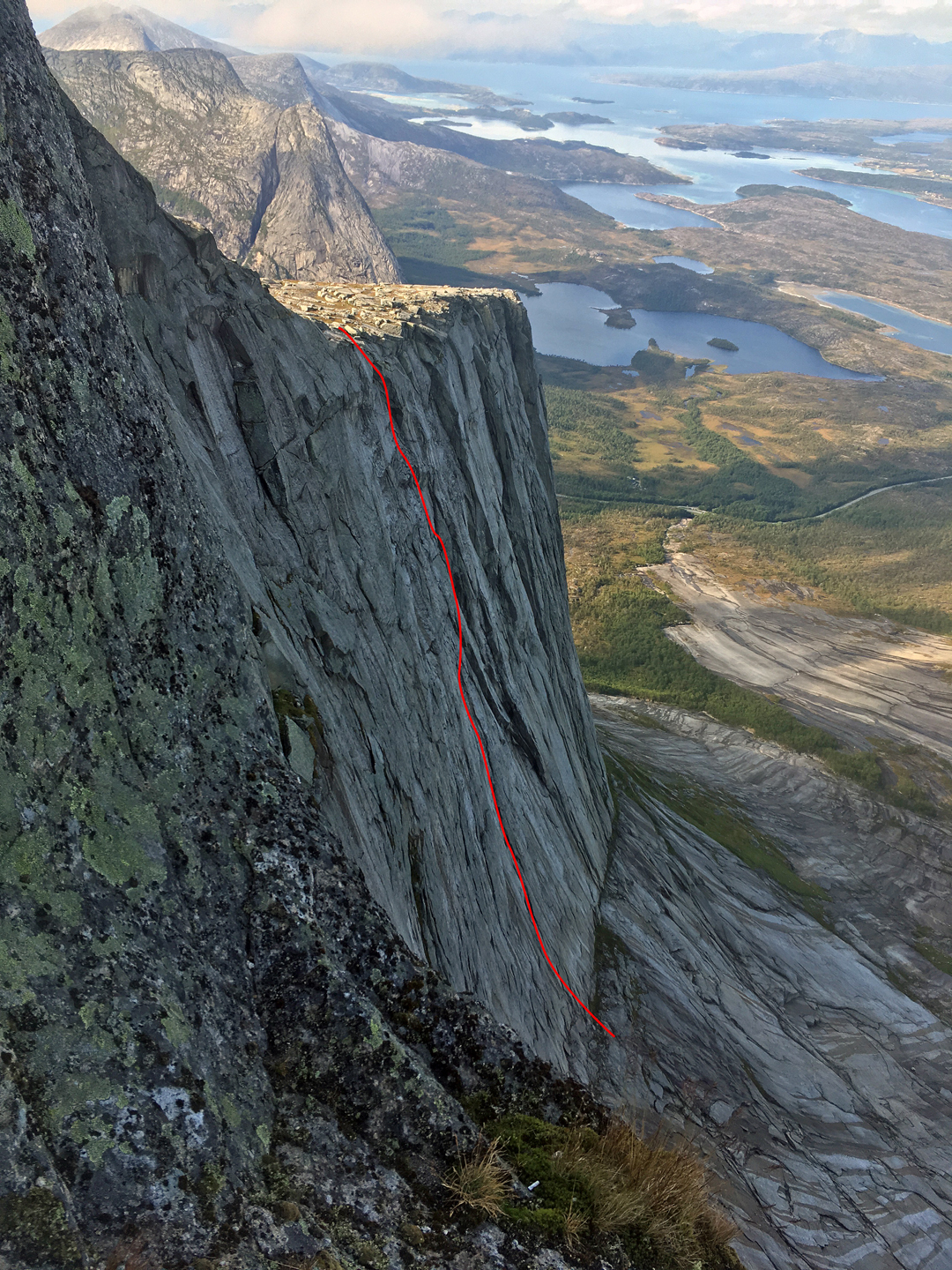 Krister Jonsson , who made the first ascent of Solskensdiederet, returned on August 26 to climb Vind för Våg (six pitches, 7+), starting to the left of his previous route. The line was climbed roped solo; it begins 30m to the left of an obvious left-slanting corner. A 40m pitch of 6+ leads to 30m of poorly protected climbing (7-). A short vertical corner and cracks with a few fixed pegs (35m, 6+) leads to a 40m crux pitch with delicate moves on slabs (7/7+) to gain a diedre. This corner system is followed for two pitches (35m, 7; 50m, 6+) to the top. The climb requires a normal rack of trad gear.

Also in August, and farther right (between Torskfiskaren and Ogat), Stian Bruvoll and Philip Curry (Norway) climbed the nine-pitch Nordwestpassasjen (7-, with sections of hard, bold climbing).