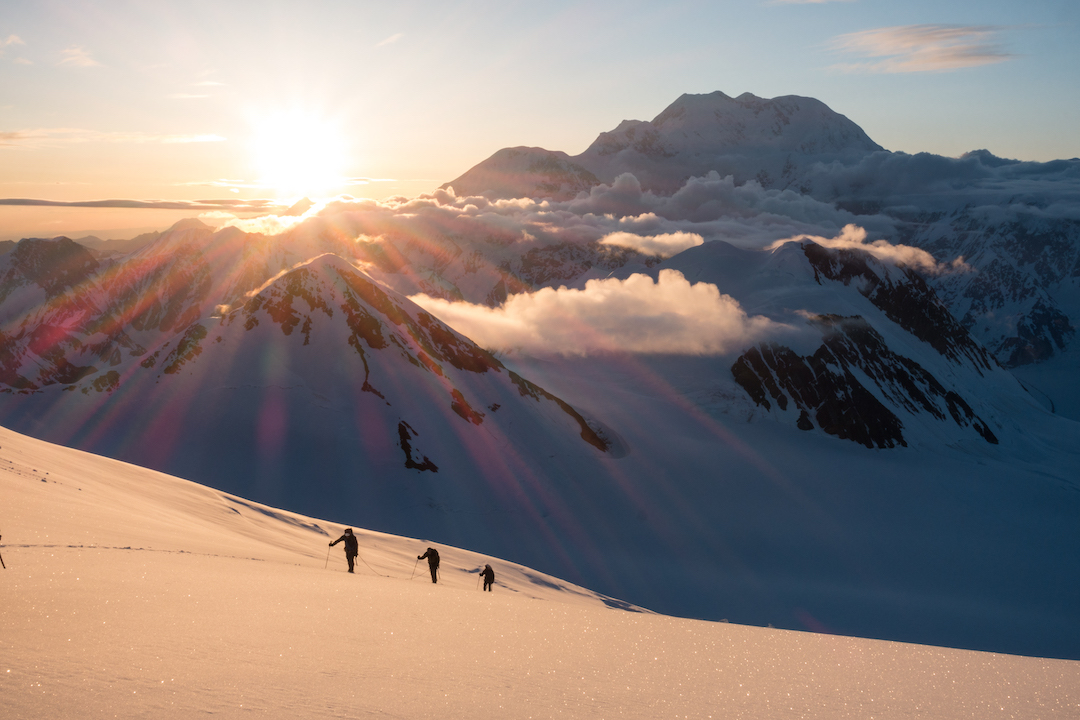 From June 4–14, our group, which included Elliot Gaddy, James Kesterson, Paul Muscat, Matt Sanborn, Glenn Wilson, and myself, climbed four peaks on the upper west lobe of the Yentna Glacier in Denali National Park. Three of them are believed to be first ascents.

We had planned on climbing in the Wrangell Mountains, but, just as we like it, plans changed at the last minute. Paul Roderick flew us from Talkeetna to our 7,700-foot base camp on the glacier northeast of Mt. Russell (11,670’). This was the popular landing zone for climbers attempting Mt. Russell before conditions changed on the north ridge. [Editor’s note: Formerly the standard route up the peak, the north ridge has in recent years seen large crevasses open up and make the route more difficult. In the future it seems the most popular way up the peak will be the recently discovered South Ridge (Drummond-Wilkinson 2017, see AAJ 2018), accessed via the east fork of the Dall Glacier.] 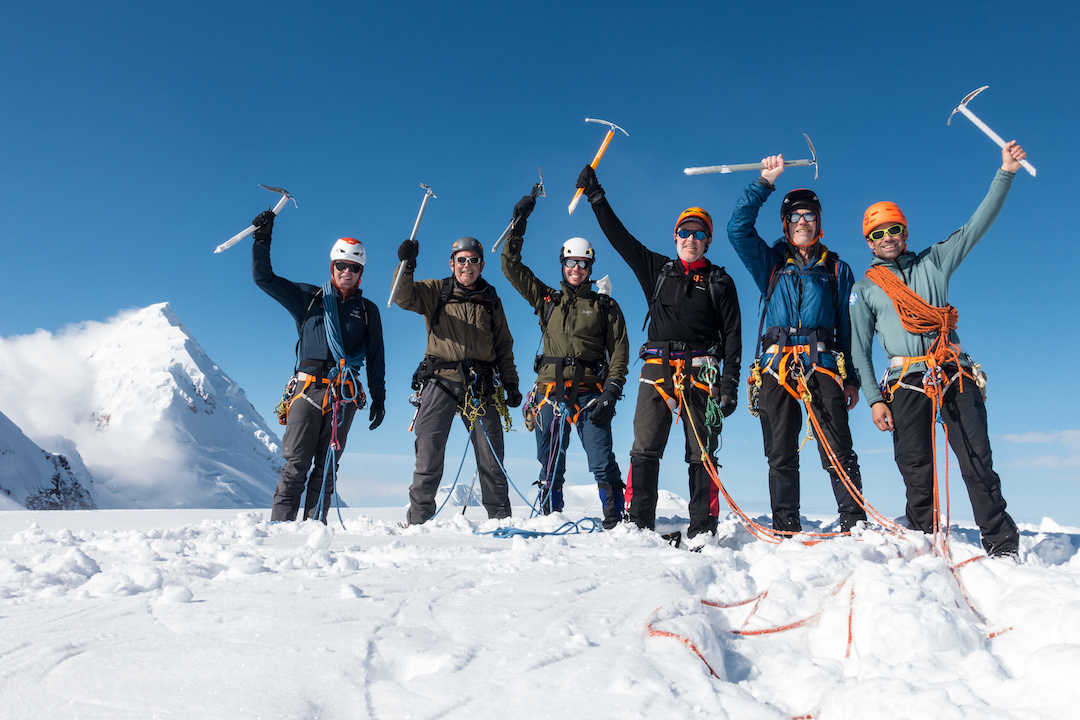 Our camp was surrounded by several 8,000’ to 10,000’ peaks with no record of ascents. We climbed four of peaks to the north and west of our camp, which we named Wandering Spirit Peak (9,200’+), the three summits of The Boys (9,200’+), Terrapin Peak (9,300’+), and Our Man Steve (10,100’+). We initially thought all four to be unclimbed, but after more research it was discovered that Our Man Steve, which is a satellite peak of Mt. Russell along its northeast ridge, had been climbed at least twice previously (both unreported) by parties climbing Russell. [Editor’s note: Peter Brown, John Hauck, Dick Jablonowski, Thomas Kensler, and Dan Osbourne likely made this peak’s first ascent en route to the first ascent of Russell’s northeast ridge in 1972 (see AAJ 1973).]

We also attempted two other summits on the south side of the glacier. The September 2019 issue of Scree from the Mountaineering Club of Alaska has a more detailed account of these climbs.