During the 1990s, the French Federation of Mountaineering and Climbing (FFME) developed a training program for groups of elite young alpinists—the Jeunes Alpinistes de Haut Niveau. The final session was often an expedition, and in 1994 chief coach Jean-François Hagenmuller (sadly killed on the Rochefort Ridge near Chamonix in 2016) and Alexis Mallon, both instructors at the prestigious École Nationale de Ski et d’Alpinisme (ENSA), took young alpinists Jean-François Mercier, Bruno Ravanat, Benoît Robert, and Jérôme Thinières to the Khumbu to attempt new routes on Lobuche East and Kwangde.

On October 14 and 15, Hagenmuller, Mallon, and Ravanat tried a line toward the right side of the east face of Lobuche East (6,090m) but retreated due to serious and repeated rockfall. In 2014 this line would become Two Arrows Flight (see AAJ 2015), where the Ukrainian first ascensionists found some remnants of the attempt 20 years earlier.

Mercier, Robert, and Thinières, meanwhile, wanted to open a “modern” route up the compact rock in the center of the face. Starting in the vicinity of the 1990 route Ave Maria (Czech, UIAA VIII-), they moved right, into the middle of the face, where they found excellent sculptured rock that surprisingly allowed them to place adequate protection. (They left only five bolts left on the route.) Near the top they outflanked a 100m band of rotten schist by climbing to its left, crossing through the 1992 Korean route and finishing up the last meters of Ave Maria.

This team spent October 14 and 15 preparing the lower section of their line, then climbed the 900m wall (the last 100m in snow to the ridge) from October 16 to 19, using a portaledge. Difficulties were up to 7a (6c+ obligatory), and Robert considered it a “very pleasant climb, though rather committing." They would later name the route the Golden Friends, in homage to Thinieres, who died in the Pyrenees during the winter of 2004.

The team then moved to Kwangde, where they were resoundingly beaten by dry conditions and serious stonefall. 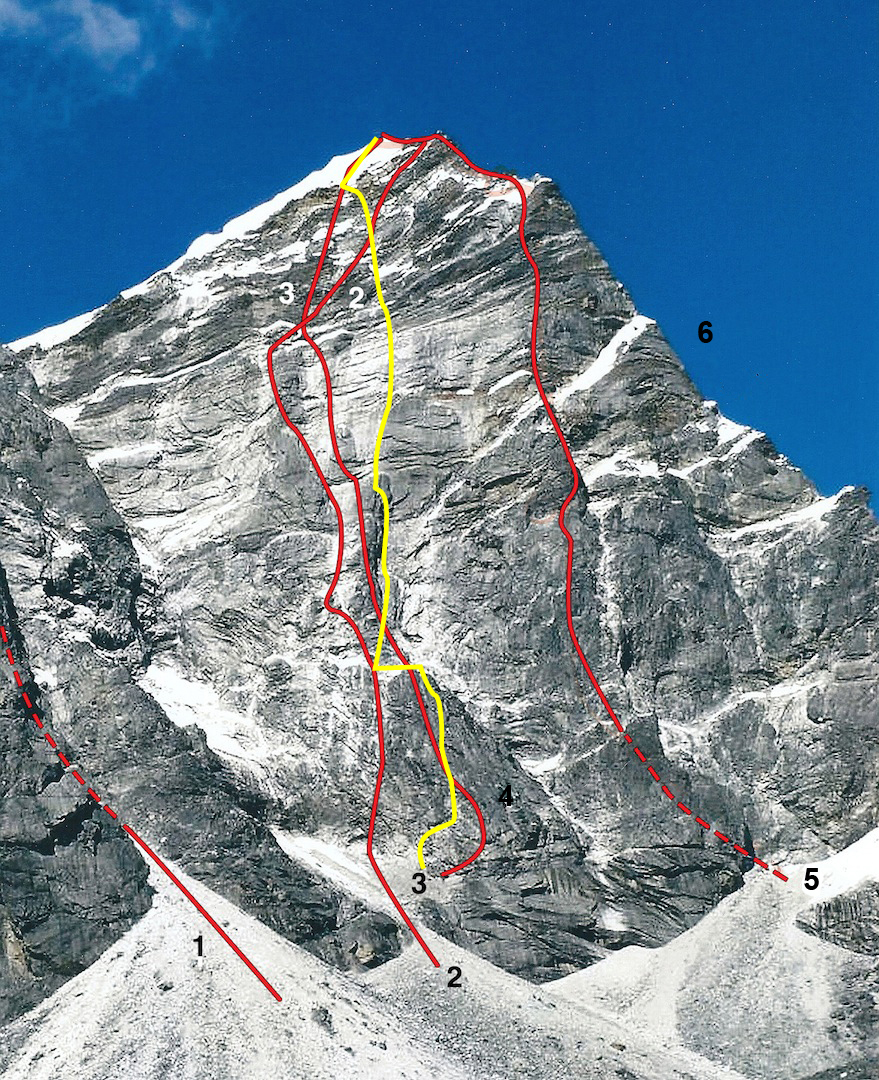 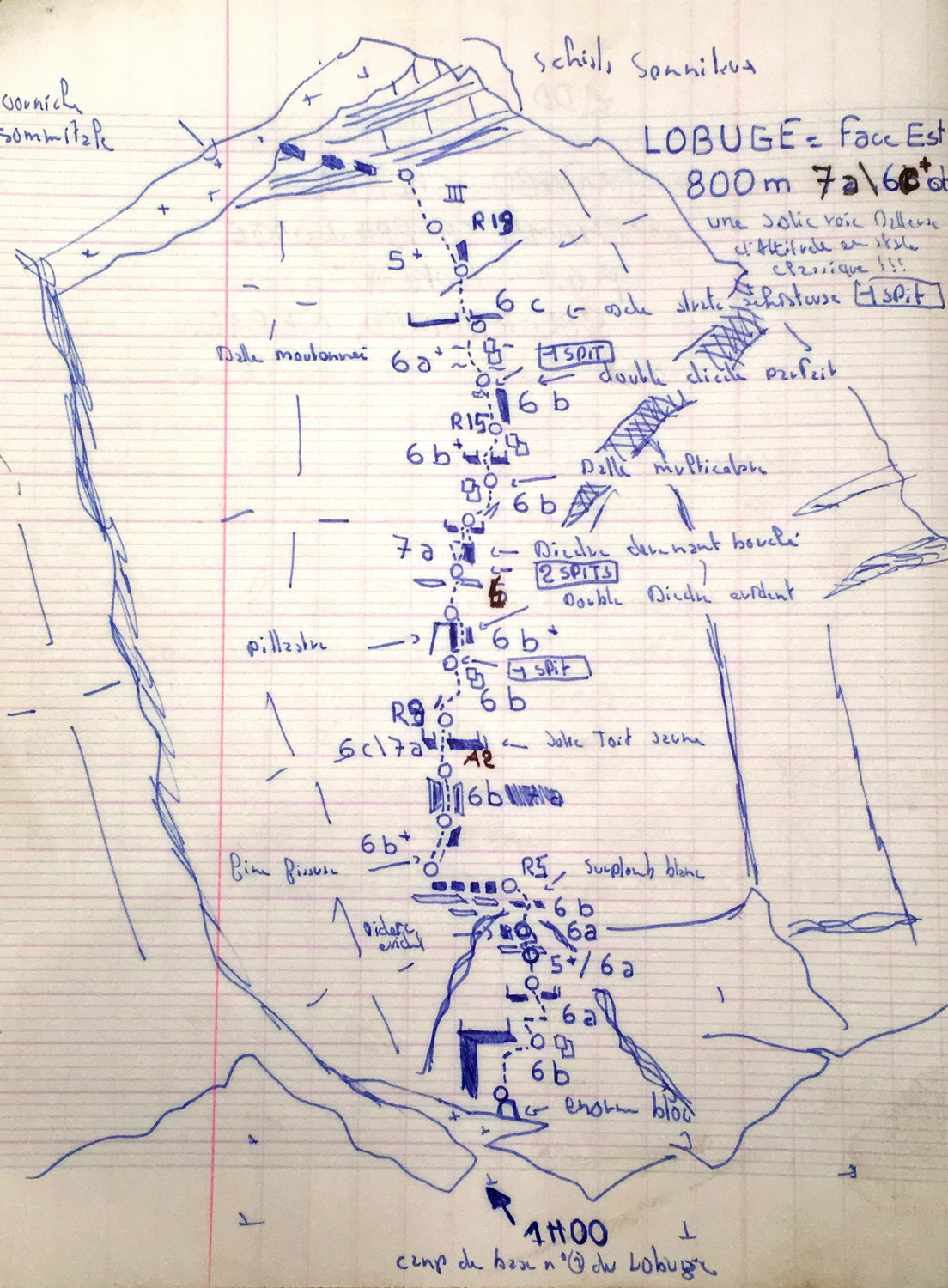 Topo of the Golden Friends (1994) on the east face of Lobuche East.
Jérôme Thinieres
Previous Next

Topo of the Golden Friends (1994) on the east face of Lobuche East.
Jérôme Thinieres
Previous Next