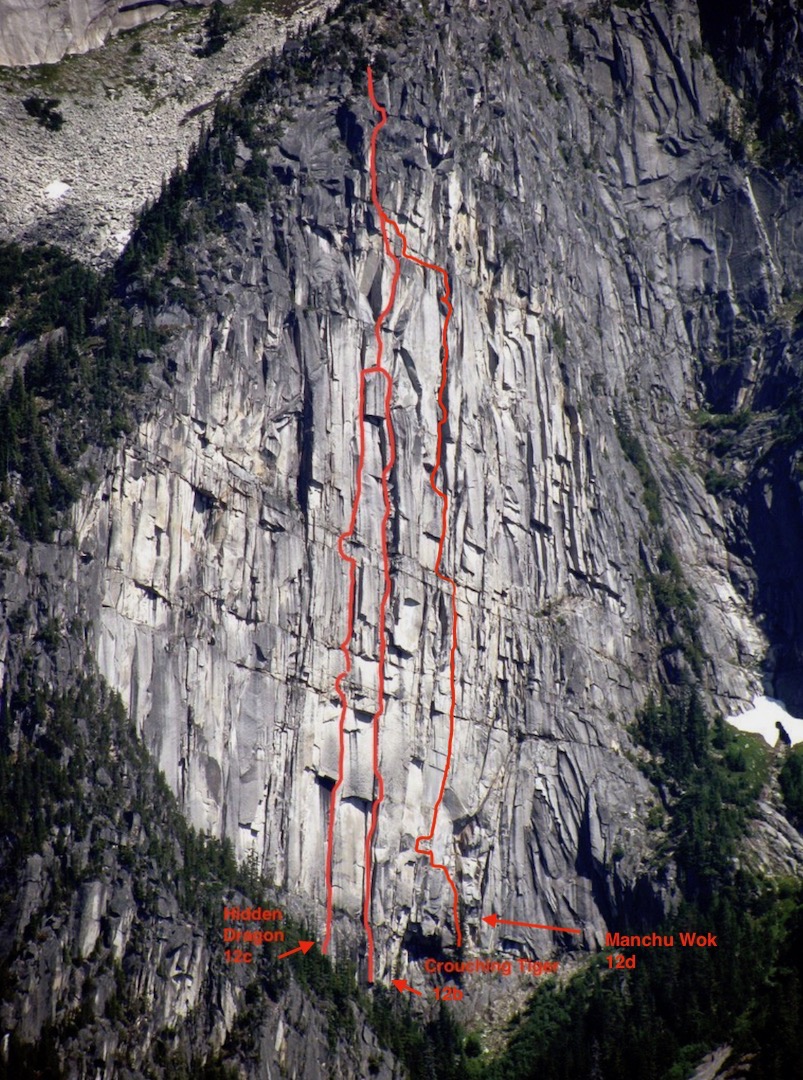 In 2008, Squamish hardman Dan Tetzlaff and I made a comical botched attempt on the virgin Chinese Puzzle Wall, high on a shoulder of South Illusion Peak. A loose flake and a giant whipper onto an old Ray Jardine–model rigid Friend stopped us short. I’ve been thinking of a rematch ever since.

Eight years later, from the east face of Slesse Mountain, I watched the headlamps of my friends Marc-André Leclerc and Brette Harrington as they worked to establish Hidden Dragon. Brette later came back with Caro North and Chris Kalman and opened the route that Dan and I had attempted, calling it Crouching Tiger.

After 11 years of wondering, I finally found myself back on the Puzzle—this time with Brette, who was hungry for more and knew the wall would provide.

We started up steep terrain about 100m to climber’s right of the two established routes in early July, and began aid climbing, cleaning, free climbing, and fixing ropes as we went. After a couple of moderate pitches, we found ourselves at the business: an overhanging dike that took several hours of cleaning choss, bolting, and working the moves before it was ready for an ascent.

On our fourth day on the route, we jugged through the mist above a surreal sea of clouds, with Slesse visible in the distance. The final three pitches before traversing left at the end of the major difficulties to join the other routes (and, notably, the original rap line) went free and onsight. A steep roof crack (5.11) and an airy wide chimney (5.10) proved entertaining.

With the route primed, an iffy but somewhat optimistic weather window was motivation enough to hit the road from Squamish for a third time. Brette made an impressive push to join me, waking up at 3 a.m., flying to Seattle from Alaska, borrowing a truck, driving across the U.S.-Canada border and up to the dirt road in the Nesakwatch Valley, and hiking up to the wall with me late in the evening.

A thick mist and light rain hung in the air as we hunkered under a semi-sheltered overhang for the night. Concerns over wet rock lingered, and sleep came with difficulty. In the morning we were still doubtful the route would dry quickly enough, as some of the upper pitches looked damp. But the opening moves looked reasonable, so the games began. 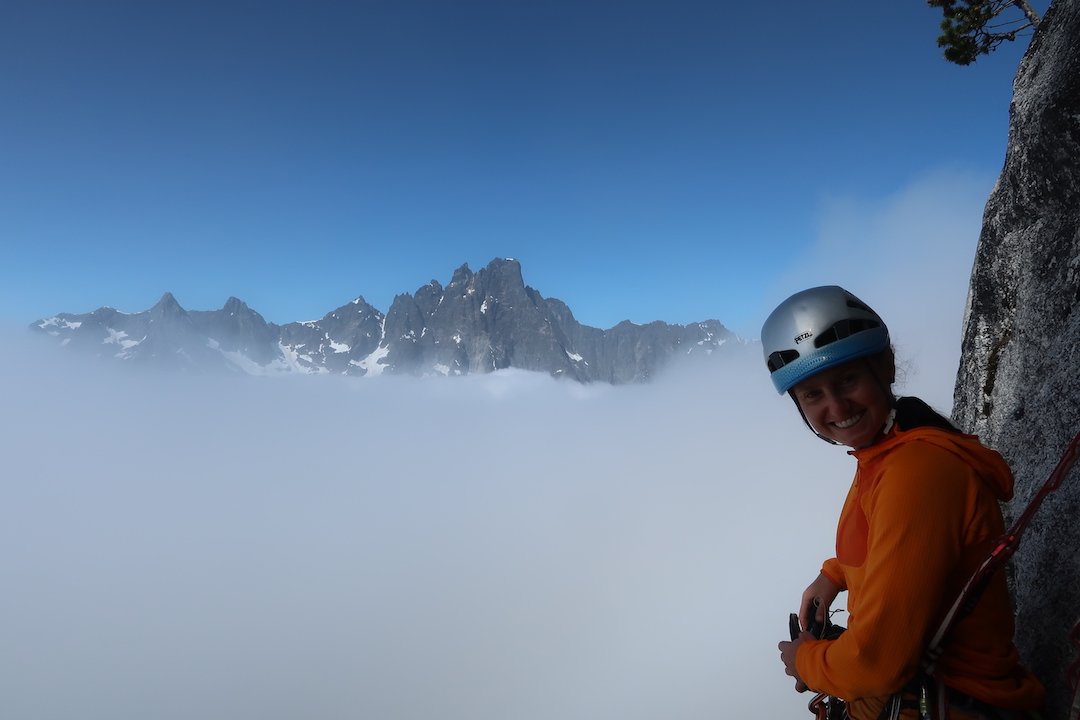 Brette took the powerful dike pitch, which is also the signature feature of our line. I was fully expecting her to come off at the top, but she managed to stay on. With the business pitch in the bag, we were going to the summit.

The remaining pitches went by quickly with the familiarity gained from the cleaning and climbing we’d done earlier, and they had dried sufficiently. We nearly blew the redpoint on the final scrappy pitch—a short, powerful Marc-André “5.10d”—but eventually we sat at the top, having both freed all 13 pitches, mainly in the 5.10+ to 5.11 range with one 12d pitch.

My time on the Puzzle was filled overwhelmingly with the energy of my friend Marc-André. Spending time with his family in Agassiz and climbing with his partner—Brette—in this valley where we’d shared time together produced a potent emotional release. His boundless energy and charisma touched me like no other. He would be pleased if you would visit this wonderful playground.