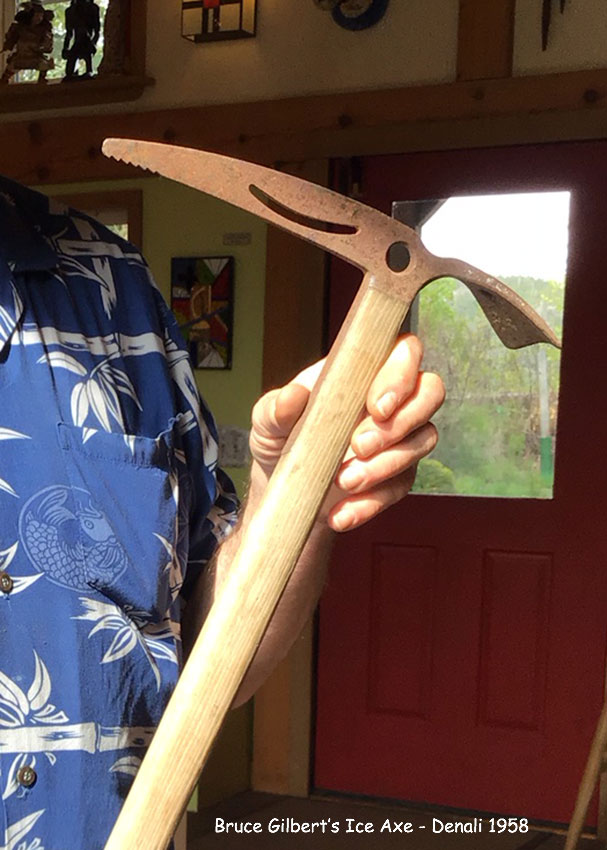 As the fifth and youngest child of Curtiss Gilbert and Anne Seely from Yakima, Washington, Bruce grew up learning the apple farming business from his dad and older siblings. In 1946, as the leader of Boy Scout Troop 9, his father drove 18 boys 10,706 miles around the United States in the back of a 1941 Ford 1.5-ton flatbed truck. Bruce was the youngest scout on the trip, and it forever changed his life—learning there was more to the world than apples and sagebrush—and it launched his lifelong hunger for adventure and travel.

His mother also believed in adventure, and each year in August, at the peak of summer heat, she would load all the kids up in the Model A and make the two-day trip to Orcas Island, where Bruce fell in love with the beauty of the ocean. His father Curtiss passed away in 1947, when Bruce was 16, leaving a huge hole in Bruce’s heart that motivated him to live and enjoy each day with passion. He graduated from Washington State College (now WSU) in 1953 with a degree in horticulture, and later earned a teaching degree from University of Alaska, Fairbanks. He enlisted in the Army and served in Korea in 1954-’55.

Bruce’s ties to Alaska run deep: His mother taught school in Douglas, Alaska, in 1921, and he up grew hearing stories about the Great North. He first came to Alaska in 1951 to fight forest fires in Fairbanks and earn money for college. He was the first Alaskan to sign up for the Peace Corps when it was first created and taught English in Sierra Leone for two years, beginning in 1962, but his heart was in Alaska and he returned in 1964 and taught in a one-room school house in Talkeetna. He met Priscilla Gail Mitchell in 1965, and they married six months later in upstate New York. They both loved Haines, Alaska, and were hired by Karl Ward to teach school in Haines in fall of 1965.

Bruce’s first big solo adventure started in 1956 when he bought a Harley motorcycle and headed south along the west coast, reaching the end of the road at the Panama Canal. He worked his way aboard the freighter S.S. Muldanger as a way to get to Europe, where he visited at least a dozen countries before he ran out of money. Other travels throughout his life included Japan, New Zealand, Australia, Fiji, Tahiti, Mexico, Canada, Africa, Chile, Argentina, and Central America. He found it easy to make friends everywhere he went. Adventure always seemed to find him as well, as he preferred to take the road less traveled—yet somehow always getting home safely and with the craziest stories!

His love for the mountains came from his father, who led weekly family hikes in the hills around Yakima. In Boy Scouts he climbed numerous Cascade peaks, including Mt. Stuart, Mt. Rainier, Mt. Adams, Mt. St. Helens, Glacier Peak, Mt. Hood, and Three Fingered Jack. In the late ’50s and ’60s he climbed Kilimanjaro, the Matterhorn, and Mt. Fuji. In 1958, he was on the first ascent of Mt. Blackburn in Alaska. He was on some early expeditions to Mt. McKinley and Mt. Logan, and made numerous climbs up Gilbert Peak (named in honor of his father, Curtiss Gilbert). He traversed the Cascade Crest Trail and tramped the Milford Trek and Chilkoot Trail. Even when he was 80, he was still out there climbing Mt. Ripinsky, and Mt. Riley. For Bruce, climbing was a way to escape reality and focus on the adventure that was ahead, while meeting new people along the way. Slow and steady was his motto.

After deciding as a teenager that the family apple business was not for him, Bruce found a few creative ways to support himself. He fought forest fires, taught school, worked on a garbage truck and a freighter, sold apples out of a truck, picked pineapples in Hawaii, started a ski shop, was a commercial salmon fisherman. He will be best remembered for started Haines Home Building Supply along with Paul Swift (now run by daughter Glenda), which has been in business since 1968.

Bruce enjoyed many years volunteering for a number of local causes, including Haines Friends of Recycling, Chilkat Valley Historical Society, Anway House, Eldred Rock project, Haines Presbyterian Church, Lynn Canal Conservation, and Haines Hospice. He was often spotted walking around town picking up litter (always recycling what he could) and enjoying his daily visits to the post office. He also loved playing cribbage, tennis, and baking brownies to pass out to folks around town.