LOOKING NORTHWEST from El Potrero Chico, a distant prow of rock called La Popa is visible on clear days. In sharp contrast from busy Potrero Chico, La Popa (a.k.a. El Gavilan) is deserted. On January 21, 2019, Jacob Cook (U.K.) and I made the third known repeat—though not free—of La Popa’s first route, El Gavilan (9 pitches, 5.13a). This route is on the east face and was established by Kevin Gallagher and Jeff Jackson in 1997. [Spanish Harlem (11 pitches, 5.11+ A0, free at 5.13 except for one move), put up by Marcus Garcia, Alvino Pon, and Rodney “Rodman” Blakemore in 1998, is the only other known route on La Popa and is located on the prow itself. See AAJ 1999.] We deemed a return trip worthy to pick some low-hanging fruit too tempting to pass up.

We slept among the amazing boulders near the bottom of the approach with our friend Savannah Cummins, who would join us and take photos. Our chosen route was a plumb line up a clean-looking corner system with sheer faces on either side, about 200m to the left of El Gavilan. Doing the long, steep, cacti-infested approach a second time would be the cost of entry. We arrived at the base on February 3 with three ropes, a full rack, hooks, 14 bolts, and a power drill ready for action.

Venturing up the first pitch, I drilled three bolts and enjoyed some serious vertical bushwhacking. Jacob took us another pitch higher through some nice slab climbing and a difficult drilling stance. We decided on the masochistic method of fixing our ropes and returning to camp via the cacti-ridden talus, only to hike back up the next day to finish the route.

After six more pitches of wide, loose, bushy, and generally unpleasant climbing, having placed a total of 12 bolts on the route, we topped out at night and vowed to never return, despite having missed the free ascent. We rappelled the severely overhanging El Gavilan, satisfied with a good adventure: Super Blood Wolf (275m, 5.11a A1).

La Popa, Super Blood Wolf, First Free Ascent: When Jacob and Tony told me about their new route on La Popa, I was skeptical. They said I should go for the first free ascent, but why didn’t they want to go themselves? Jacob assured me the rock was not that bad for virgin limestone and probably only about 5.11+, so I roped my friend JP Thomas into going out there.

After a pleasant bivy at the base of the wall, we counted 300 paces between El Gavilan, a neat-looking climb that would be our rappel route, and the start of Super Blood Wolf, the most obvious line of weakness on the cliff. We moved very slowly up the climb, on account of the choss, resisting the urge to hang on gear and clean up the crux pitches. Instead, we subjected each other to showers of loose rock as we freed the line at 5.11.

From the top, we walked 300 paces to the right along the edge, looking for a bolt that markedour rappel line down El Gavilan. As it started to get dark, we tried calling Jacob for help, and eventually JP spotted a gray bolt hanger next to a fallen cairn. It took us three hours to do the overhanging rappels in the dark, and we didn’t get to sleep until 3 a.m. 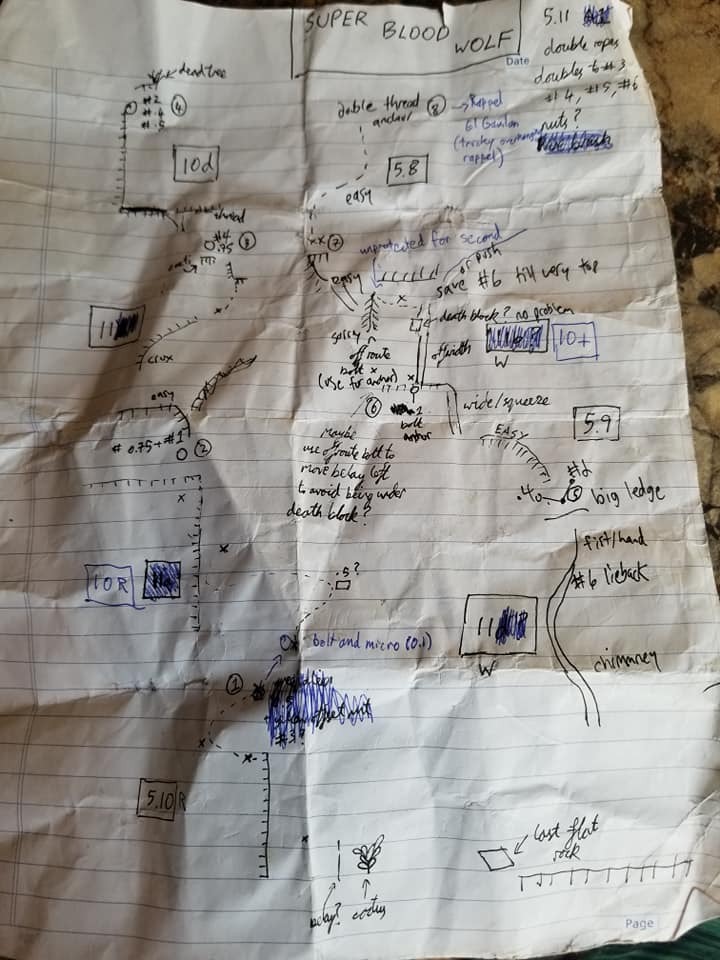 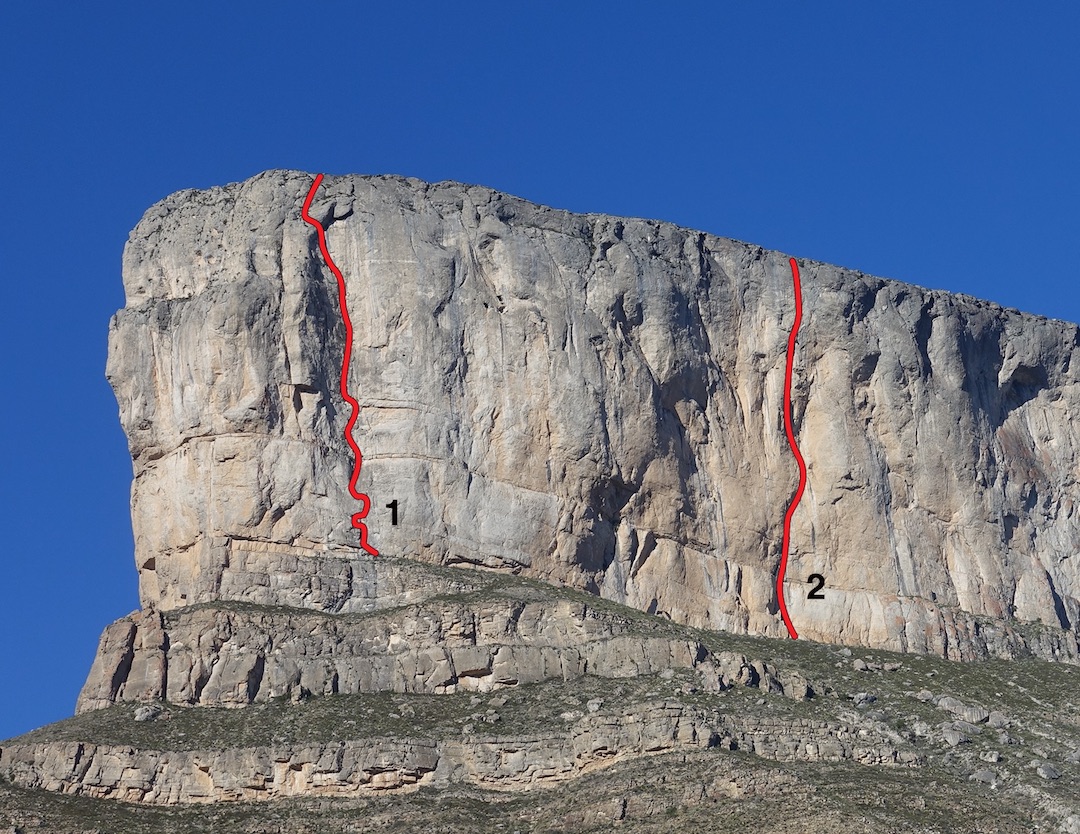 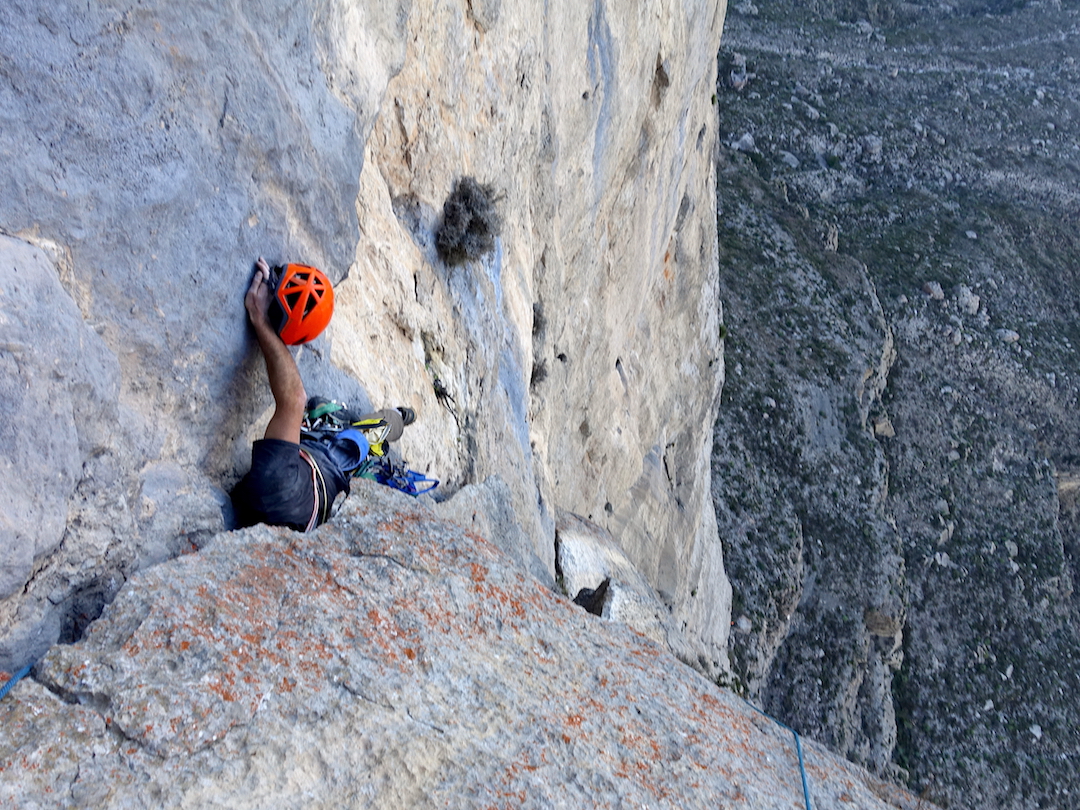 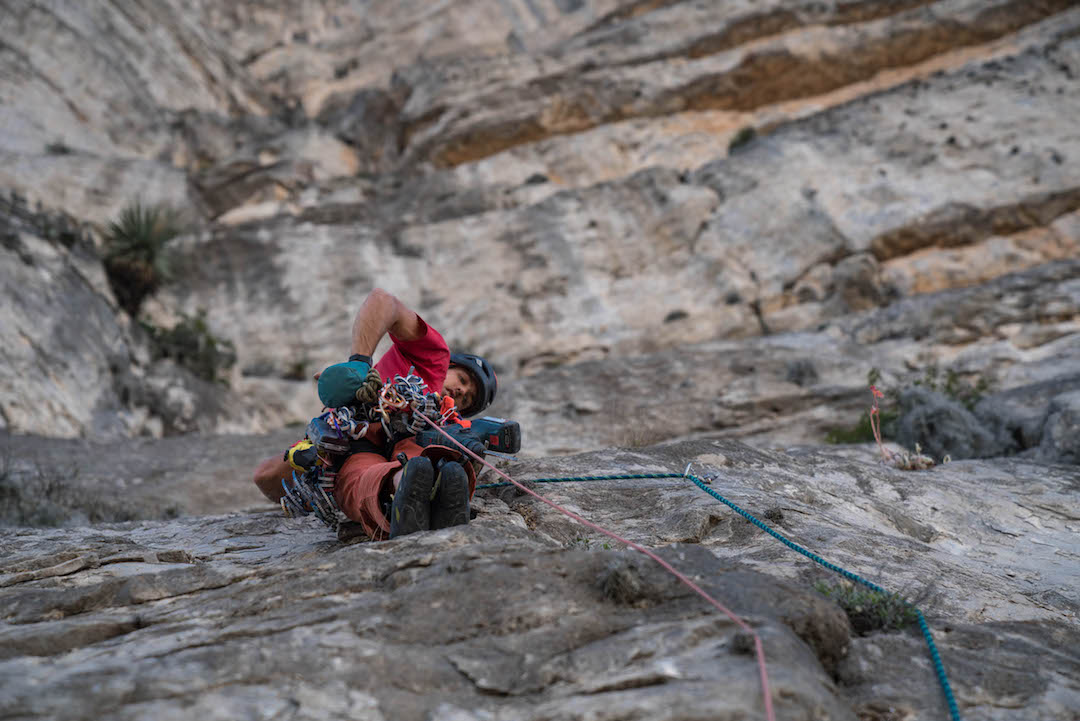 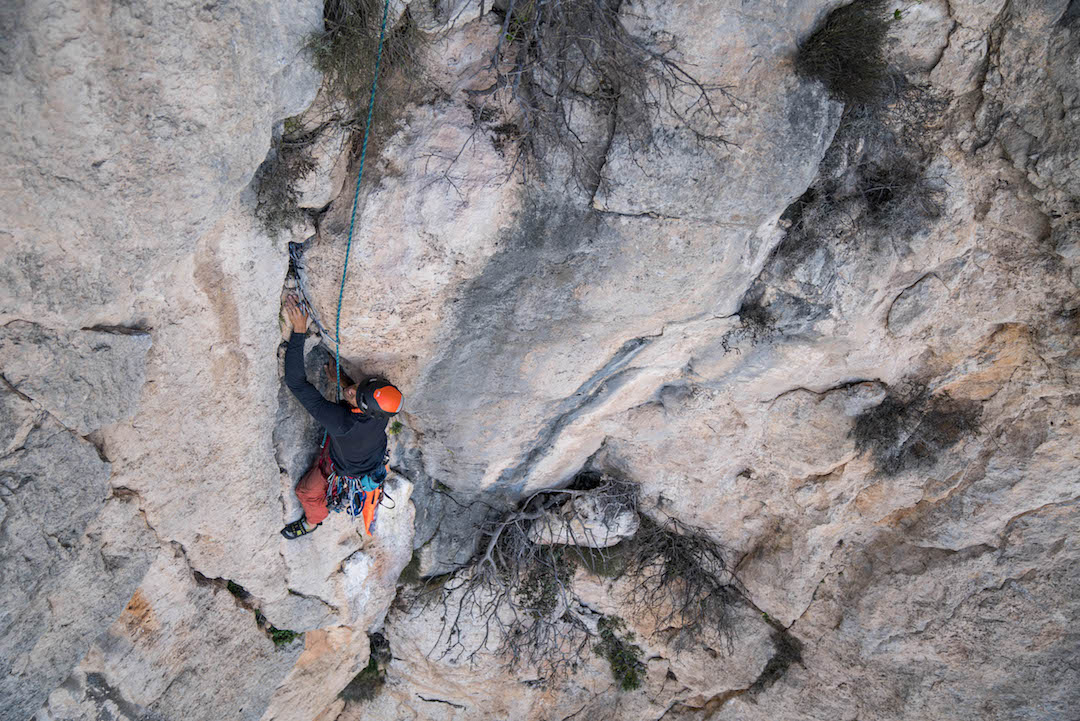 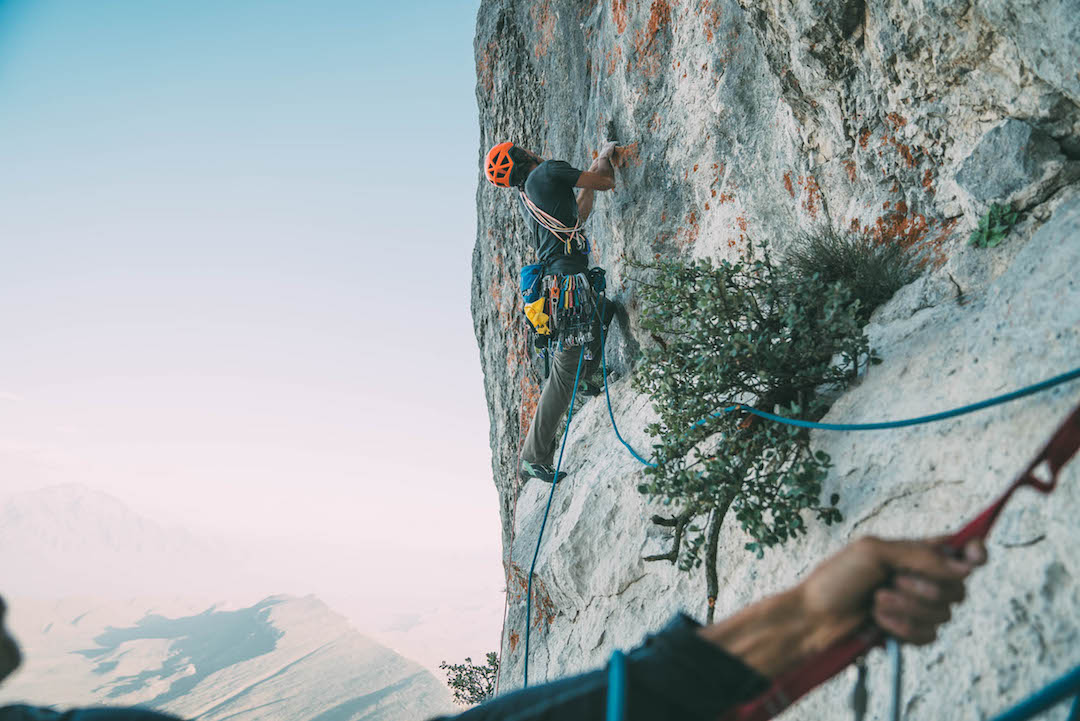