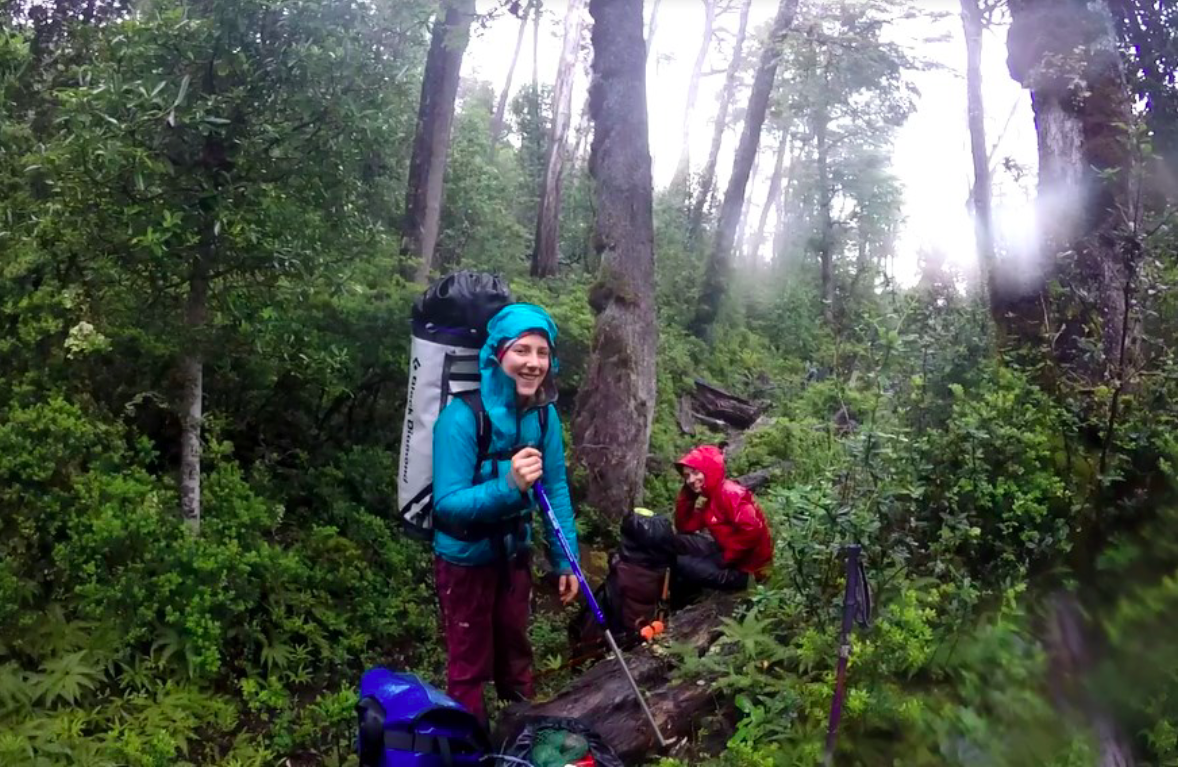 In January 2018, our three-woman team from the U.K., comprised of Michelle O’Loughlin, Freja Shannon, and me set off to explore the long and wild Avellano Valley, where the snaking Rio Avellano eventually meets its source: the striking Avellano Towers, granite spires otherwise hidden by the surrounding mountains.

After a hard-going approach from the village of Bahía Murta, beginning January 4, and a few stormy days in base camp, we lucked out as a high-pressure system rolled in on January 10. The good weather gave us the opportunity to establish a new route on the Tooth on January 11, where we climbed eight varied pitches (HVS to E2). After some quite easy, loose alpine terrain, we followed a series of traversing crack systems to gain the slabby, south-southeast face in the vicinity of and just right of the route Filo Suroeste (AAJ 2016). From the summit, the descent was very straightforward: We did two full 60m rappels down the north ridge and then scrambled. We call the route Route Canal (250m, E2 5b).

On January 14, we made the first ascent of a tower to the east of the main Avellano Towers. Aumkenk Aike (400m, 5.10, meaning “Travelers Stop” in the Mapuche language), ascends the south-southwest face and ridge of a previously unclimbed peak, which we called Aonikenk (GPS 1,721m, 46°25’19”S, 72°28’43”W) after the Aonikenk indigenous people (also known as Tehuelche) of Patagonia. Another team from the U.K., present in the valley at the same time, suggested this peak to us after seeing it from “Cerro Squareface” and they climbed it a few days after Michelle and me, calling their own route Chicken Run (AAJ 2019). 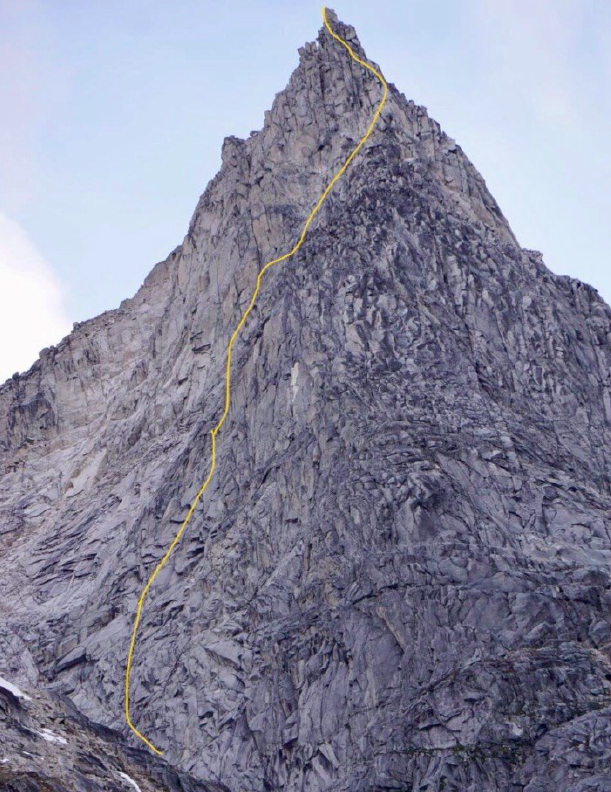 Reaching the peak from our camp required a two-hour approach and a gully scramble. From half-height in this gully, we navigated slabs and 5.6–5.8 territory for three or four pitches until reaching a steep wall with a splitter crack. We trended up and right to avoid the steep wall at about 5.8 and then continued through steep 5.9–5.10 ground and an awkward corner that ended in a rounded, undercut traverse. From there, we continued trending rightward toward the southwest ridge, which we followed for another 100m. We descended via the northwest ridge by three abseils and downclimbing to reach the same approach gully.

On January 15, we briefly attempted to climb a spire we had spotted between “Cerro Square Face” and Aonikenk but lacked good weather and energy. After running out of food, and with the weather turning, we began our retreat to the safety of Bahía Murta on January 20. [See a full trip report PDF.]

Over the month, we learned lots of lessons (the hard way). We were determined to make this an all-female trip to inspire and promote females in the outdoors and feel chuffed to have had a successful expedition. We are just three women that shared a simple, inner drive to go out and do something a bit mad.