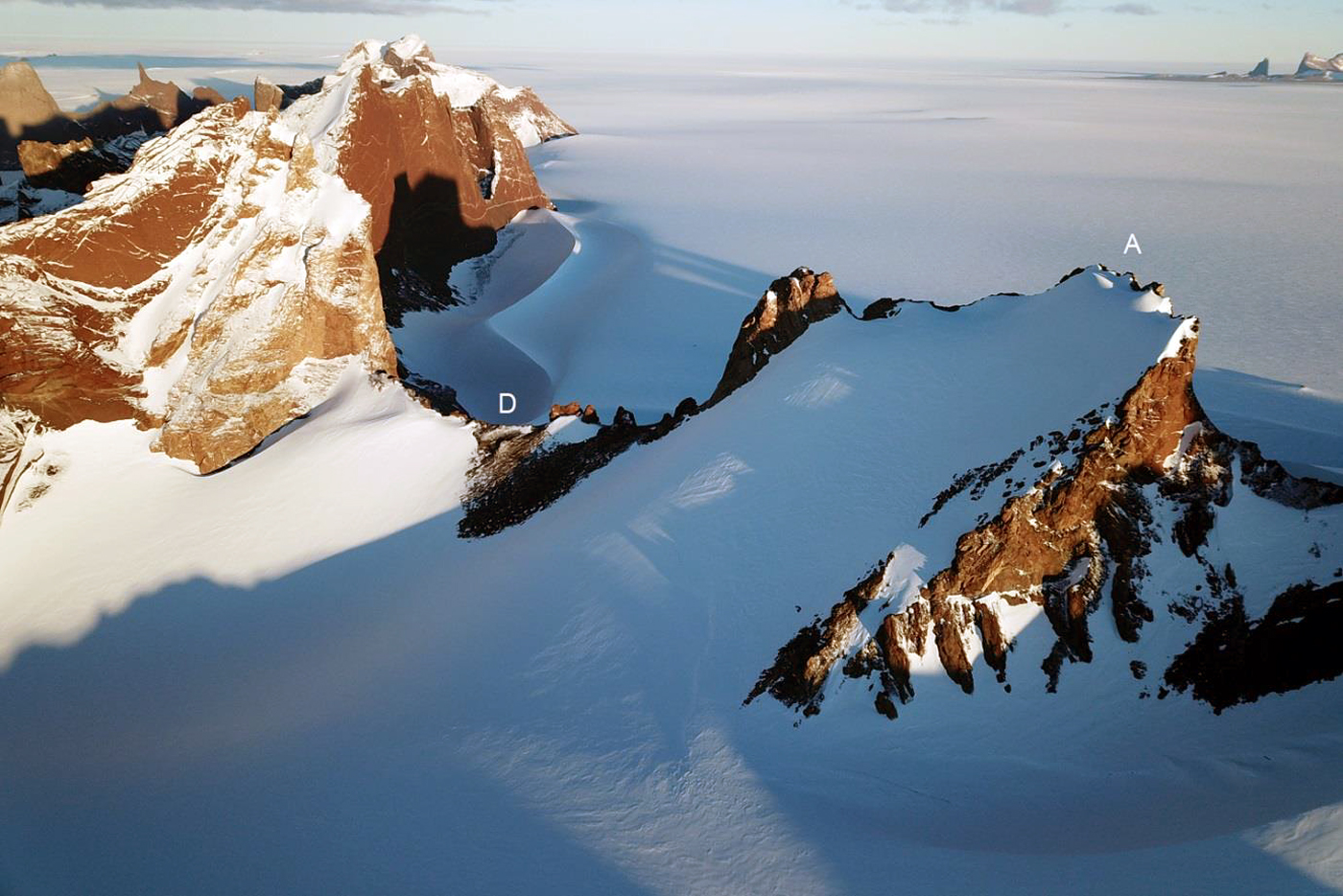 In January 2019, on his fifth expedition to Queen Maud Land, veteran polar guide Christoph Höbenreich from Austria led Michael Guggolz (Germany) and Kjetil Kristensen (Norway) to the Holtedahl Peaks. They circumnavigated the range on skis and climbed and named three peaks in the Vinten-Johansenegga massif, two of which were first ascents.

On January 5, the trio made the second ascent of Schneekrone (“snow crown,” 2,140m, 71°49’S, 8°59’E). Approaching from the east, the team crossed the Fensterpass (“window pass,” 71°48’42.31”S, 8°58’18.97”E), so named because of a rock in the shape of a window, and climbed the triple-crowned Schneekrone by its 50° west face. This peak was first climbed in 2000 by Cestmir Lukes, who called it Elvia Peak, but as this name was never officially submitted or recognized— and it contradicts the guidelines of the Scientific Committee on Antarctic Research (SCAR), which prohibit naming features after sponsors—this year’s team renamed the peak Schneekrone, which they have submitted to the relevant authorities. 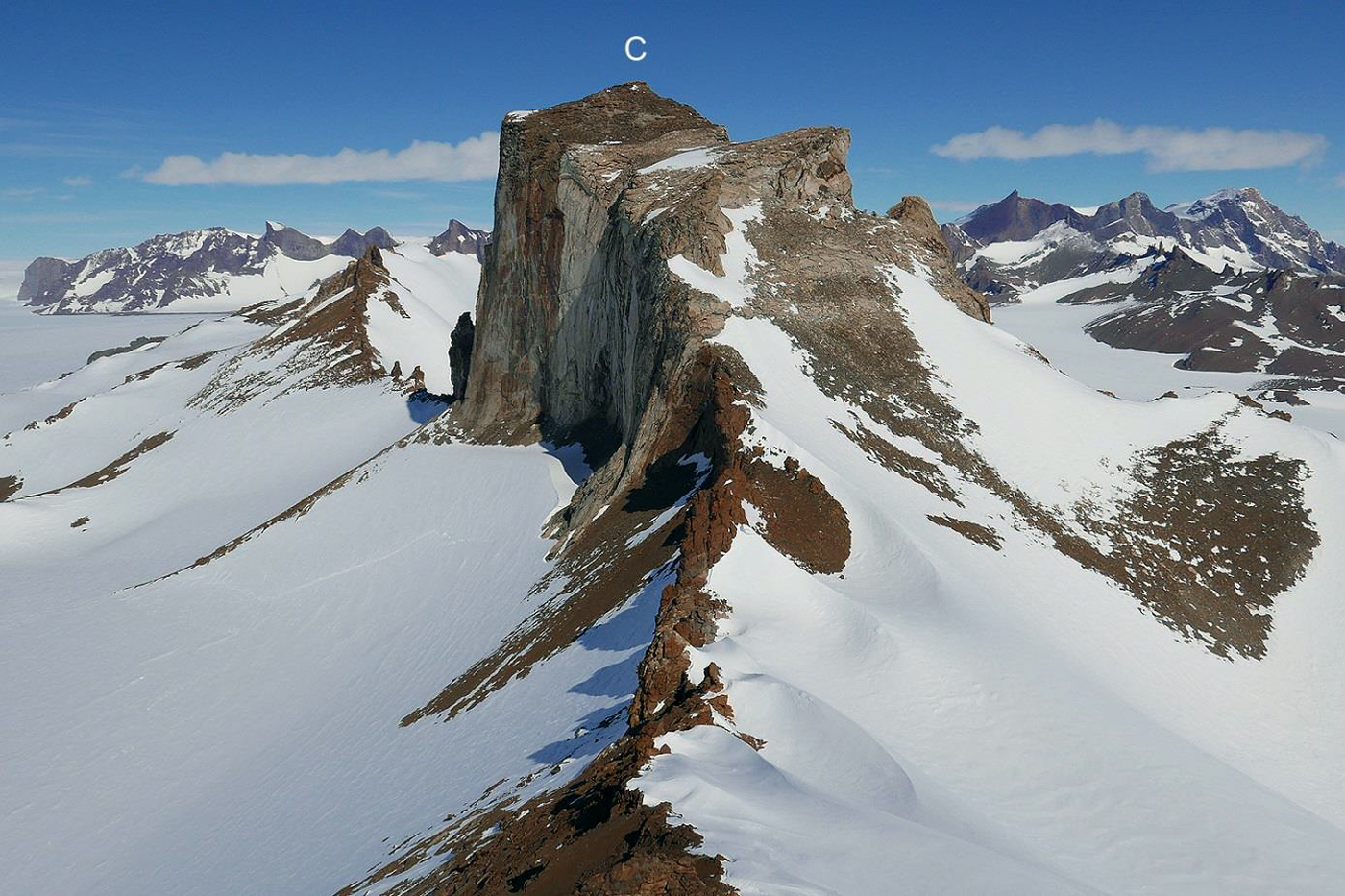 Würfelturm seen from the north. The first ascent climbed the right side of the broad, rocky ridge facing the camera.
Michael Guggolz
Previous Next

Würfelturm seen from the north. The first ascent climbed the right side of the broad, rocky ridge facing the camera.
Michael Guggolz
Previous Next