IN ADDITION to one of the heaviest flash floods in the past hundred years, 2018 brought a steady stream of first ascents within the boundaries of Zion National Park, both free and aid.

In late March, Brandon Adams and Roger Putnam finished Pangea (1,800’, VI 5.10 A4), up the obvious buttress on the right side of Abraham where all previous routes on south face of the peak had ascended. Pangea meanders up thin cracks, requiring an impressive 40-beak rack, and shares several pitches with the John Wilkes Booth Memorial Route and the Radiator. 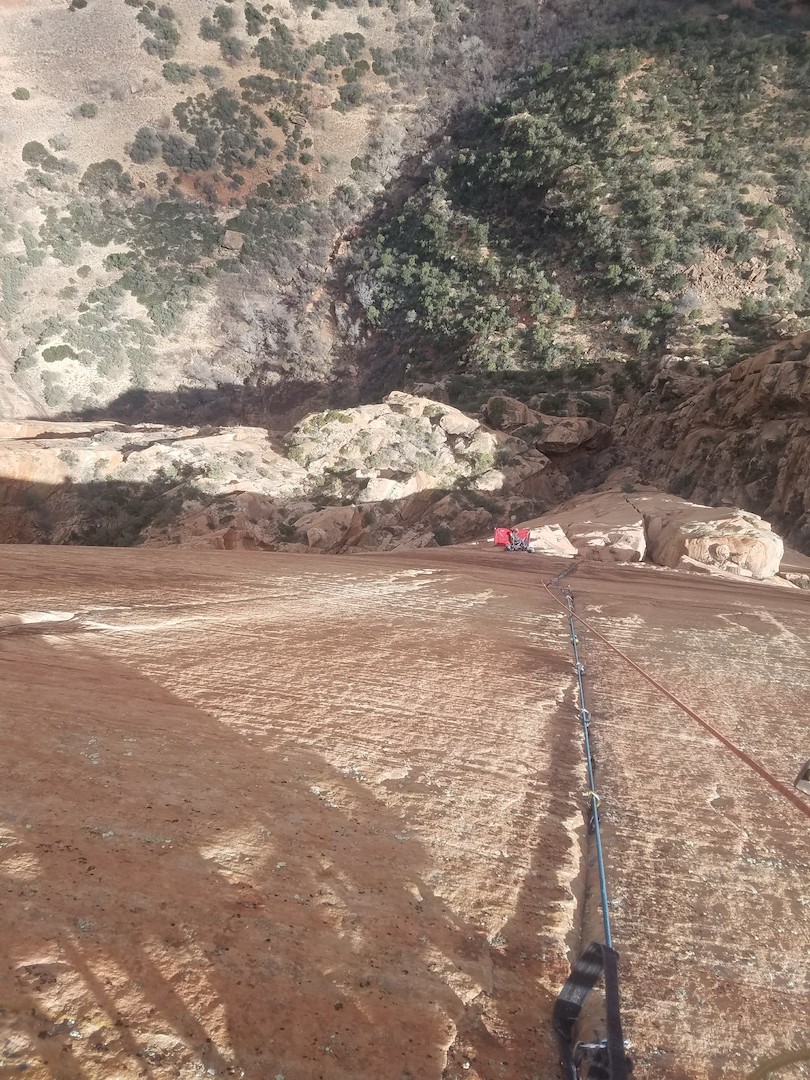 In Kolob, Brandon Gottung and Karl Kvashay established the Abbreviated Passage (IV 5.12 A0) directly up the center of Tucupit Point just before spring closures, adding to the many new routes and linkups they have climbed on the formation in the last several years. The route has gone mostly free.

In April, answering the challenge of a photo caption in the Zion Summit Routes guidebook, Dan Stih climbed two virgin peaks listed as “unnamed...and unclimbed,” naming them the Center Pointe (IV 5.9 A2+) and the North Eye (IV 5.9 A2+]. Both lie near the remote canyoneering entrance to Icebox Canyon.

Brandon Adams returned to Abraham in November with Kristoffer Wickstrom and spent seven days establishing a line up the seemingly blank main south face of the peak, left of previously established routes. Their route required some bolt ladders but also ascends significant natural features and incipient seams.They encountered evidence of a previous attempt a third of the way up the wall and named the route Munkuntuweap (2,000’, VI 5.8 A4) after the Paiute name for Zion, meaning “straight up land.”

Paul Gagner and Ryan Kempf completed a route up the Angelino Wall in November, naming it Museum Piece (V 5.8 A4), as the route looks down on NPS Human History Museum. Gagner had started the line with Bill Crouse 14 years earlier. The line, which took four days to climb, shares the first two and a half pitches with Drop Zone (VI 5.8 A4+, MacDonald-McNamara, 1996) before breaking out right. 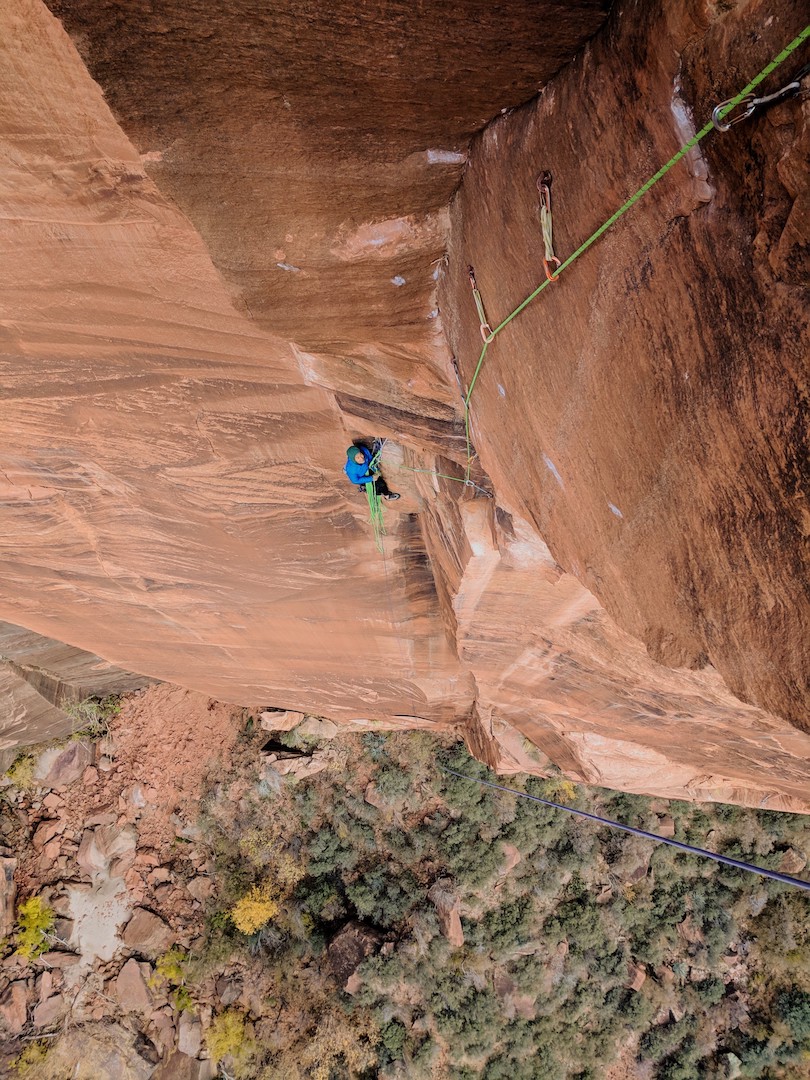 Brent Barghahn and Rob Pizem freed an old obscurity on the southeast buttress of Angels Landing named Jokers and Thieves (V 5.10 A3, Cook-Kirkwood) at IV 5.11+, topping out on the prow of the buttress.

Barghahn also established a difficult three-pitch route with Craig Huang in late November that follows a steep corner system on the south buttress of Mt. Majestic. Emerald Corner (5.12+ A0) is an open project—the outrageous last pitch involves bolted face climbing out a leaning corner splitting a double overhanging prow and is expected to be mid- to upper 5.13.

Dakota Walz and Collin Turbet completed a new route on the south face of Angel’s Landing, with five pitches of 5.10 crack climbing and another five adventure pitches to the summit (the final section of chain on the hiking trail served as the route’s top anchor). Apollyon (1,300’, IV 5.10+) means angel of death or place of destruction in biblical mythology, as Walz took a 30-foot groundfall while establishing the first pitch. The first pitch has two options—a scrappy 5.10 corner, or a three-bolt aid start that leads to a 50m fist splitter, the latter of which the first ascensionists recommend. The route features glue-in rappel anchors to the top of pitch five.

Dan Stih climbed three more virgin peaks in the fall in the vicinity of the Court of the Patriarchs, naming them Battleship Rock, Nipple Peak, and Princess Spire, the latter of which had previously been attempted from the north by two different parties. He also rope-soloed a new line on Cable Mountain, succinctly named the North Face Route (III/IV A1+), more than 20 years after his first new route on the face, Hammer and Sickle (VI A3, Raimonde-Stih, see AAJ 1997).