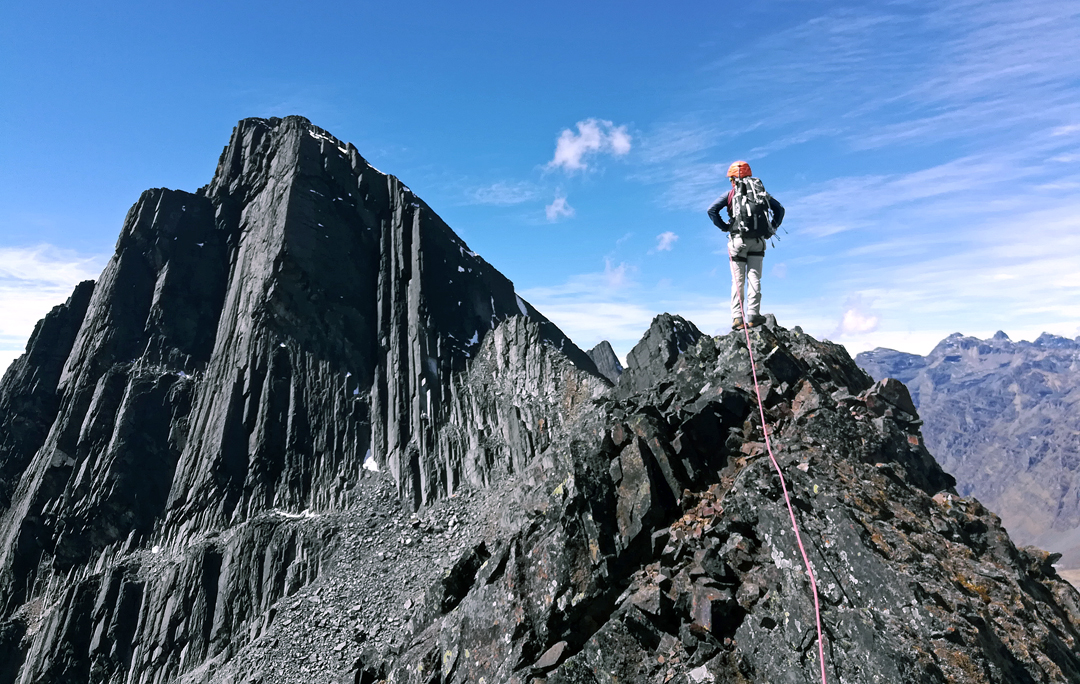 In mid-July, Roberto Gomez (Bolivia) and I finally turned our attention to a formation that every rock climber sees when driving over Cumbre Pass and down toward the Bolivian jungle. Even though local climbers had implied the rock quality was really poor, we decided we should give it a try.

We parked the car approximately 5km after crossing Cumbre Pass and walked northwest for an hour and a half to a col at 4,850m. This gave access to the west ridge of Picacho Pucusani (as defined by the IMG map 5945-II). Whereas the beginning of this quasi-horizontal ridge indeed had poor rock, we were pleasantly surprised to find astonishingly good slate as we approached more vertical terrain. The crux of our traverse—two pitches on a slab—featured open cracks in excellent rock that took the little protection we had brought (a reduced set of nuts, four Tricams, and four slings). I was delighted to spot a couple of condors as we reached the summit (ca 5,050m, 16°18'21.72"S, 68°1'46.72"W Google Earth). We then scrambled down the east ridge. From car to car, the whole traverse took us close to eight hours.

Although Picacho Pucusani is very easy to access from La Paz with public transport, we have not heard of previous climbs along its ridges. However, our descent was straightforward, so it is more than likely the mountain has been climbed in the past.