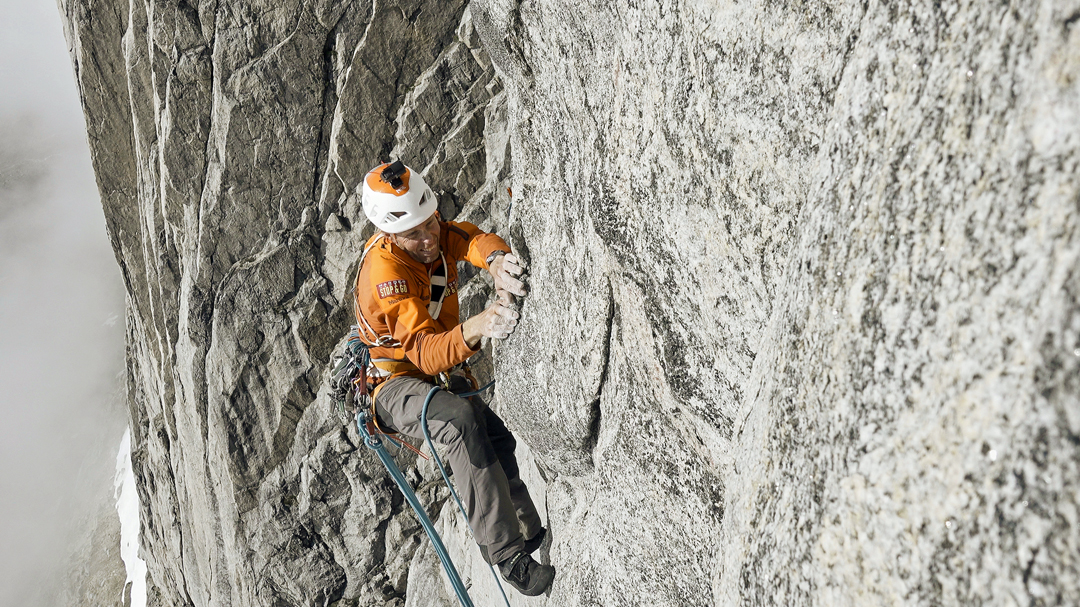 In July and August, Robert Jasper made a "by fair means" solo expedition, sea kayaking to the Fox Jaw Cirque, where he put up a hard new free route on the Molar. He was accompanied by friend and photographer Frank Kretschmann as far as the last Inuit settlement at Kungmit, at which point Kretschmann went home and Jasper paddled alone in a folding kayak up Tasiilaq Fjord. He carried a four-week supply (90kg) of food and equipment. After 12 days of hard paddling and then ferrying equipment, Jasper established base camp below the “teeth” of the Fox Jaw.

After scoping the walls, Jasper decided to try the unclimbed pillar that forms the southwest edge of the Molar, left of the 2009 Italian route El Cavajo dell'angel (420m, 7b, Lanfranchi-Pedeferri). Reaching the rock via the lower section of the snow couloir separating the Molar from the smaller Milk Tooth to the west, Jasper climbed seven pitches in two days, returning to base camp each night due to unstable weather. He left three ropes in place and re-led the other pitches each day. 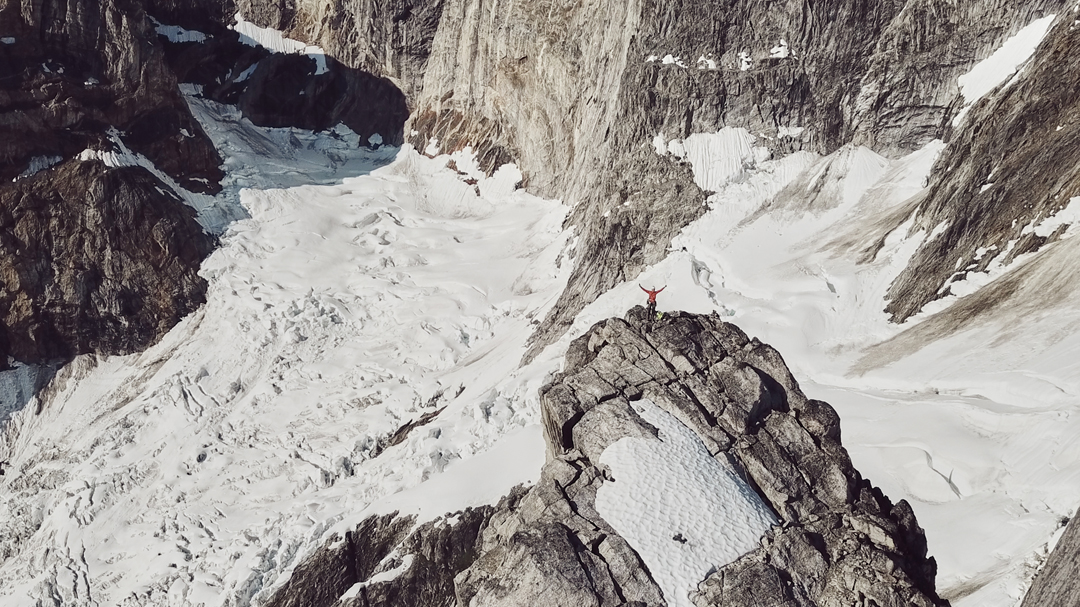 The climbing proved difficult, as there were no continuous crack lines. However, the rock was good, compact gneiss. Pitch grades were mostly 6a and 6b, with the exception of the sixth-pitch crux, which was 7c.On the third day of the climb, July 31, Jasper decided he should push for the summit despite poor weather. After overcoming a black roof on pitch eight (7b), all was going well until it began to rain 80m below the top. Fortunately the terrain was now easier. Climbing carefully through thick mist, he reached the summit and the clouds dropped away. “I was all alone, no person in sight as far as the eye could see,” he said later. “It was like in heaven. Indescribably beautiful!"

Jasper rappelled the route, regaining his tent after an 18-hour day. After 30 days in the wild he returned to Kungmit, closing his personal “stone circle.” He said the expedition had pushed him to the limits: “a huge adventure in a magnificent natural setting—an absolute jewel of my life.”

Kretschmann noted that Jasper managed his GoPro, traditional camera, drone, and solar station by himself, returning with stunning images, the likes of which Kretschmann has never seen from anyone alone on a wall.