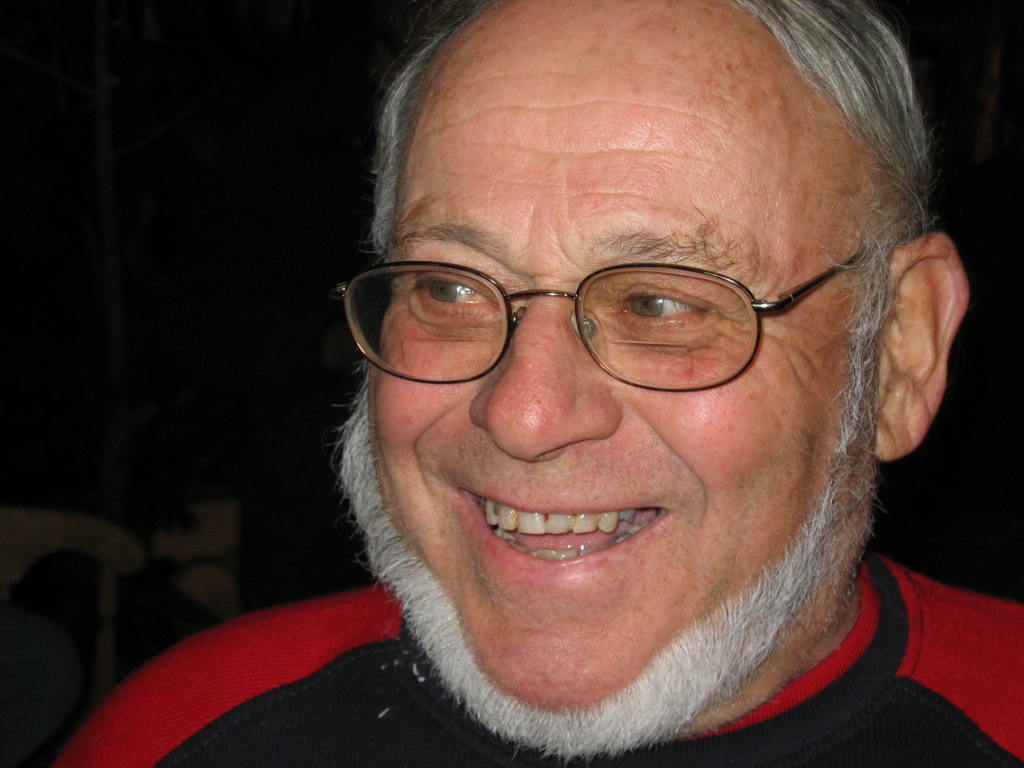 Ed was born and raised in Seattle and attended Roosevelt High School. He served in the U.S. military for a few years immediately following the end of WWII. Ed inherited an incredible resourcefulness from his parents. That resourcefulness, coupled with a freewheeling entrepreneurial spirit, allowed him to be successful in various business endeavors, notably Boulton Insulation, which has been in business for over 60 years. In the process of insulating residences and commercial properties, Ed developed a keen eye for real estate opportunities. At peak he owned and managed dwellings housing over 100 tenants.

Inspired by his brother Bill, Ed caught the climbing bug. In 1962 he joined Bill and a team of Spokane Mountaineers to make the first ascent of Mt. Cooper in the Selkirk Mountains of Canada. In 1963 Ed joined the Mountaineers, and this was the start of a lifelong affiliation from which Ed made many lasting friends and met the love of his life, Hille Harms. “Eddie” and Hille shared a passion for skiing, and they both were very good at it, especially backcountry tree skiing in the Cascades and Canada.

In June of 1964 Ed went on his first of many mountaineering expeditions: Mt. McKinley (Denali) via the long and ardous Muldrow Glacier route. This large expedition of 18 climbers was led by Al Randall. Ed’s strength and stamina became evident. In addition to his ability to carry massive loads, he earned the title of “Chief Igloo Architect and Latrine Builder.” The team overcame considerable difficulties and reached the summit of Denali on July 9. Expedition member Charles Crenchaw became the first African-American to climb the highest point in North America.

In April 1966, Ed joined another Al Randall–led expedition, this time to the remote high Yukon. Ed, along with five other team members, made the first ascent of Pinnacle Peak (12,150’). Included in the summit party was Ome Daiber, one of the “fathers” of mountain rescue in North America. Ed had been recruited by Ome to join Seattle Mountain Rescue in the early 1960s, and over the next 40 years Ed participated in dozens of mountain rescues in the Cascades and Olympics, packing out injured climbers and searching for lost souls.

April 1968 found Ed again teamed up with Randall for the “Twaharpies—American-Japanese Joint Expedition” to the St. Elias Mountains of Alaska. The fifth ascent of Mt. Bona (16,500’) was made as well as the first ascents of several significant nearby peaks. More importantly, Ed established a long-lasting relationship with the Japanese climbers from Kobe, resulting in many cultural and mountaineering exchanges via the Seattle-Kobe Sister City Affiliation.

One of the highlights of Ed's mountaineering career was the second ascent of the Central Rib on Mt. Rainier’s Willis Wall in May 1971. Jim Wickwire invited Ed to join him on this difficult and dangerous climb. At the top of the wall they were caught in a severe two-day storm, above 13,000 feet, forcing a bivouac in a rocky moat with snow and ice thundering down past them. After wading through waist-deep snow for nearly six hours to reach the crest of Liberty Ridge, they endured a second night, first in a small snow cave and then outside in 75 mph winds to avoid suffocation. Jim went on to become one of the premier climbers in North America, and to this day he credits Ed with saving him from the deadly effects of hypothermia.

Ed was elected a member of the American Alpine Club (AAC) in 1971. He organized and led the Cascade Section of the AAC for many years. In 1997, Ed organized the AAC’s annual meeting in Seattle and proudly recounted that meeting as being one of the few of that era that realized a net profit.

Over decades of mountaineering, Ed developed a reputation for an uncanny ability to survive potentially life-ending circumstances (such as the bivouacs on Willis Wall). On one occasion, during a winter attempt on Mt. Rainier, Ed fell off a snow cornice just below Camp Muir during a whiteout in near darkness. It was a very long fall and his teammates, following a search that evening and into the next day, returned to the ranger station at Paradise to report Ed’s demise. Later that day, as teams were assembling for the body recovery, Ed wandered into Paradise unscathed. Undaunted, Ed signed on to another winter attempt of Rainier, this time completing the first winter ascent of the Gibralter Chute (February 1969). Another audacious winter attempt, this time on Mt. Robson’s north face, ended when an avalanche overwhelmed the team’s bivouac. The gear that was swept away included Ed’s climbing boots, resulting in a tenuous retreat and long hike out in his stocking feet!

Ed had a passion for people and long-lasting relationships. His style of property and tenant management provided affordable housing to those who had been rejected elsewhere and in his own way helped many manage confused lives. Ed possessed an insatiable curiosity and high intellect, with an encyclopedic memory. Some listeners questioned fact from fiction, but all within his sphere could remain fascinated for hours on end.

Ed was an amazing person, complicated at times but always incredibly positive and enthusiastic for life. He was a friend to many, savior for some, and devil to a few. He will be missed by all.