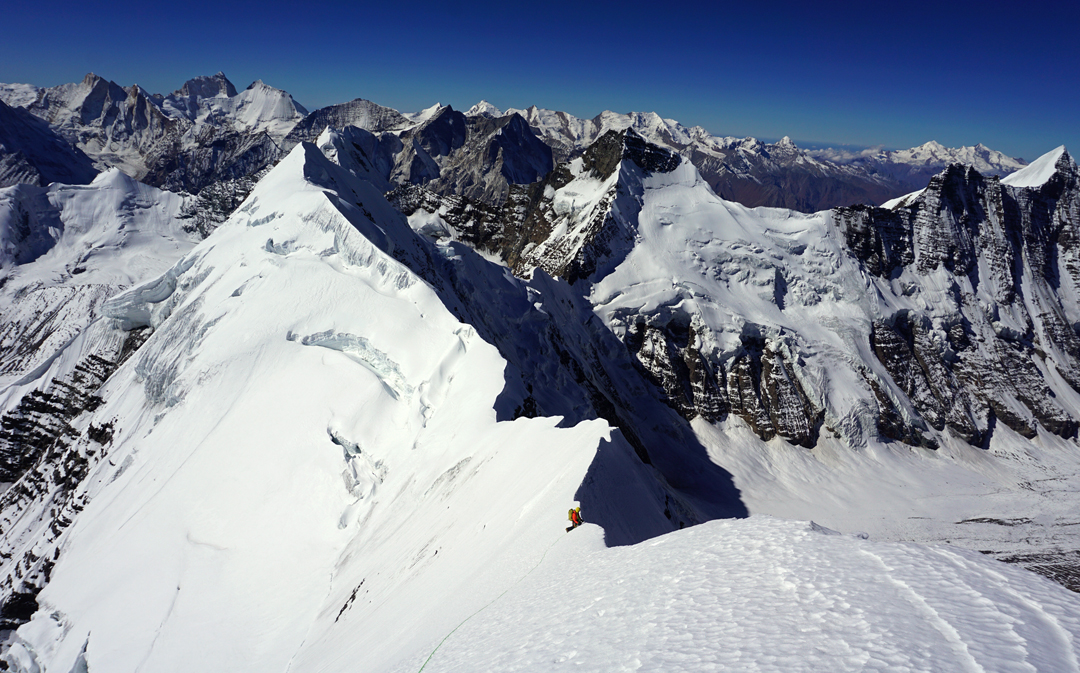 After searching for a destination offering a potential first ascent, Alex Gammeter and I decided on the Gangotri. Two different contacts told us about mountains lying within the so-called Inner Line, an area of restricted travel near the border with China. On Google Earth, one of the peaks in this group, Peak 6,803m, looked to have sharp ridges and a pretty steep north face. [Despite being some 4.5km from 6,932-meter Sri Kailas, Peak 6,803m is sometimes referred to as Sri Kailas West; it lies north of the Raktaban (a.k.a. Raktavarn) Glacier at 30°00'27"N, 79°07'44"E.] However, as we began checking the approach from the north, via Nelang, the last village before the border, we realized that the Inner Line is a serious obstacle, and it wouldn't be possible for foreigners to go beyond it. Our contact suggested we look at the south face. The approach would be longer, but base camp could be established in two days from the road head at Gangotri, and we only would touch the Inner Line when we reached the summit.

We arrived at base camp, at around 4,500m, on October 8. (This is the same campsite that is sometimes used by parties attempting 6,507-meter Sudarshan Parvat.) We were excited to be in a range neither of us had visited and blown away by the view of Shivling, which was opposite our camp.

A week before our arrival there had been a massive snowfall, and we were curious to see current conditions on the mountains. On the 10th we ascended the Raktaban Glacier and then turned north up the unnamed glacier (possibly called the Shyamvarn Bamak) running down from Sri Kailas West. At 5,100m we finally got a glimpse and saw that it offered all we could ask—in addition, it was not as snowy as its neighbors. The downside was that I felt awful due to altitude, so we stashed gear and went back to base for a rest day. 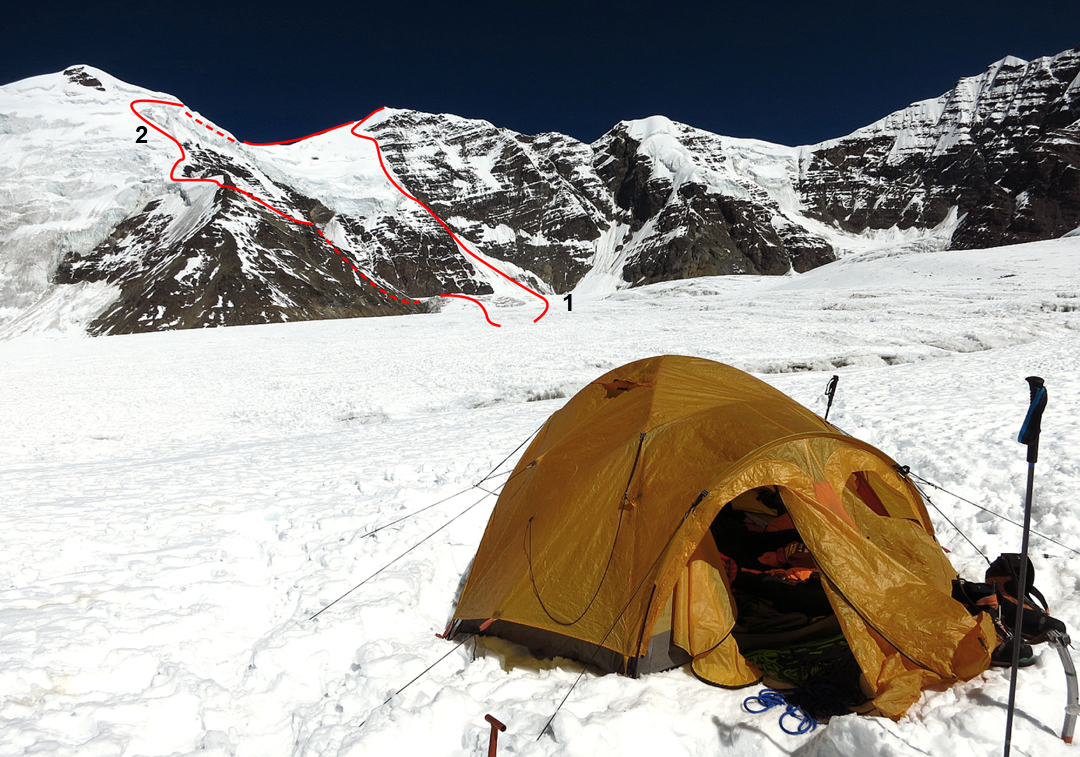 On the 12th we were back at what was now our Camp 1, and the following day we pushed as far as possible toward our peak and set up Camp 2. However, when the alarm went off next morning, neither of us was willing to leave the sleeping bag. We spent another day here and then, on the 15th, set off into the blistering cold night. As we progressed, snow conditions got worse: The sun had not been strong enough to transform it into nice névé and we continually broke through ugly crust. At first we had thought about climbing a couloir to the east ridge, but now we decided it would be best to climb the south face directly. We made a trail to the bottom of the face and went back to camp for a rest day.

The alarm rang at 2 a.m. on October 20. The temperature was -20°C, but motivation was high. We set off carrying light packs and a substantial amount of fried rice, provided by our cook. In the dark it was very pleasant to have a no-brainer approach along our established tracks, and by 5:30 a.m. we had reached the face (5,900m) and begun climbing the first snowfield. As the angle increased, the snow became solid. At daybreak we reached a gully system that held some water ice. In some places the ice was so thick we were able to place screws. On the final slopes, which were steeper, the snow was like sticky Styrofoam. We passed the final rock band on the left, and then, following steeper slopes, reached the west ridge at around 6,700m. The summit crest was one of those "stairway to heaven" beauties, and by 11 a.m. we were taking a lunch break on the summit. It was a great moment.

We descended the west-southwest ridge toward Peak 6,617m (also thought to be unclimbed), but once at the col decided we were too tired to link both mountains, so we traversed its south face to a point where we could descend more easily to the glacier. We regained our tent at 5 p.m. and next day descended to base camp.