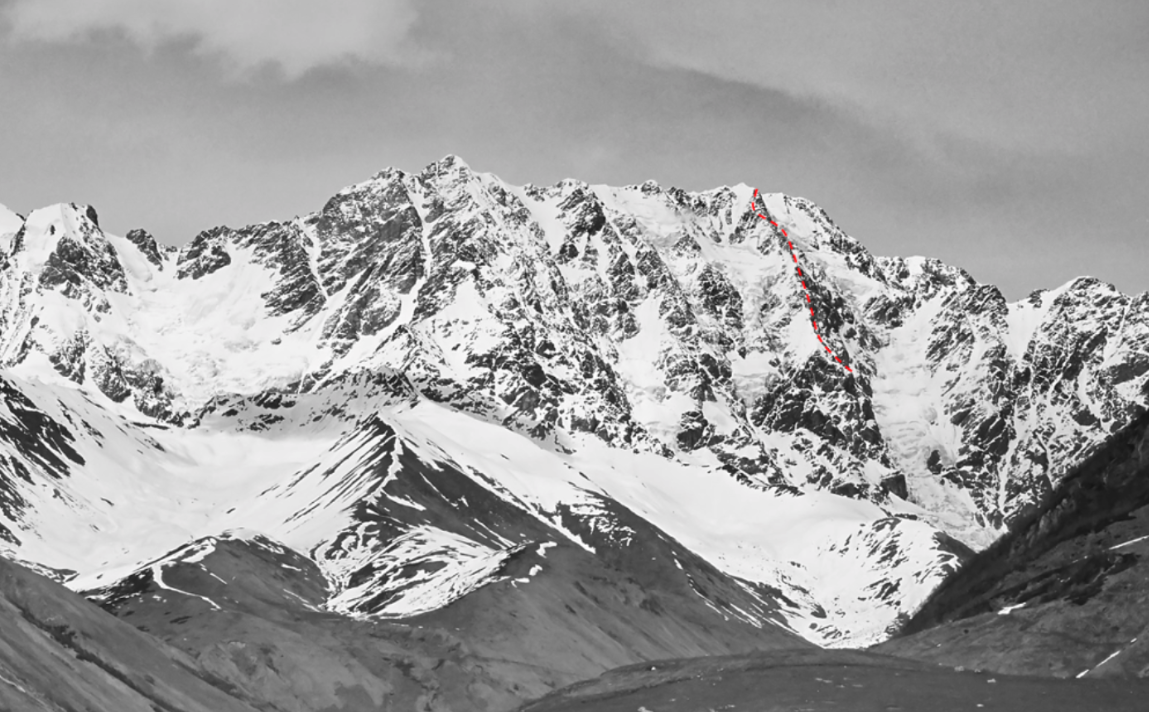 In the summer of 2010, Boris Avdeev (an American resident) and I went to the Caucasus, where we climbed Shkhara (5,193m) by the Beknu Route on the south pillar (2,200m, 5B 55°). I was then able to make a partial ski descent of this route, from the summit down to a cliff at 4,300m; above that point most of it was skiable—only now and again did I need to take off skis. It was one of my hardest climbs and definitely my most difficult ski descent—arguably the most difficult ski line in the Caucasus. That visit was one of the most enjoyable and successful I have made to this region, resulting in new geological data and the first accurate elevation survey of the summit. (See also this article.) Sadly, it was our last journey together, as in 2012 Boris died in an avalanche on Mt. Dana in California. He was an exceptionally strong climber, a brilliant geologist, and a young, intellectual, joyful man embracing life to the fullest.