Tarke Kang and Tare Kang, Clarification of Names and Ascents


While researching the south face of Gangapurna and unclimbed peaks in the Annapurna Himal prior to my expedition in 2016 (AAJ 2017), I discovered an anomaly: Parties said to have climbed Tarke Kang (Glacier Dome, 7,168m) from the north appear to have reached a different summit than those climbing from the south. I was able to confirm this from the summit of Gangapurna and would like to share the information with other Himalayan climbers.

During a reconnaissance of the Annapurna Sanctuary in 1956, Jimmy Roberts gave the name Glacier Dome to a rounded summit on the watershed just east of the start of the long east ridge of Annapurna. It was first climbed in October 1964 by Mitsuhiro Nishimura and Dorje Sherpa from an eight-member primarily Japanese expedition, which climbed the southwest face of the col between Singu Chuli and Glacier Dome, then continued up south-facing slopes to the summit. This route has been repeated on many occasions. Later, the government of Nepal renamed the peak Tarke Kang.

Continuing east along the ridge from Tarke Kang, there are two summits before reaching Gangapurna: Tare Kang (as designated on the HMG-Finn map, 7,069m) and Gangapurna West (a.k.a. Asapurna, 7,140m). Tare Kang is not on the official permitted list, while Gangapurna West was opened in 2014 but remains unclimbed. (Choi Seok-mun and I reached a point 100m from the summit in 2016.)

In 1981 an Italian expedition reported making the first ascent of Tarke Kang from the north. In fact they climbed the north face of Tare Kang to its summit. This route has been repeated by at least five other expeditions. In written reports there is no mention of parties continuing along the west ridge to reach Tarke Kang; the 1990 Korean expedition, for example, produced a summit photo that clearly shows the summit of Tarke Kang in the background, with the climbers on top of Tare Kang.

Further Notes on Tarke Kang (after discussion with Eberhard Jurgalski, 8000ers.com, and Richard Salisbury and Rodolphe Popier from the Himalayan Database). On the HMG-Finn map, Peak 7,168m (Tarke Kang) is unnamed, while Peak 7,069m is labeled Tare Kang. Before the Finn map was produced, the Ministry of Tourism referred to Peak 7,168m as Tarke Kang, and most map publishers followed suit. After the Finn map was released, the Ministry and almost all map publishers switched their designations and began calling Peak 7,069m either Tare Kang or Tarke Kang. However, it seems quite likely that the Finn map’s cartographers made a mistake, inadvertently omitting the "k" from Tarke and attributing this name to the wrong peak.

Peak 7,069m and to its east Peak 7,140m sit on a connecting ridge between Gangapurna and Tarke Kang, the two defining cols being 6,878m (east of Tarke Kang) and 6,852m west of Gangapurna. Geographically, it would be wrong to link this ridge with either mountain. However, the Ministry currently issues a permit for Gangapurna West (7,140m), and in the past expeditions have climbed either Glacier Dome (from the south) or Peak 7,069m (from the north) under the same “Tarke Kang” permit; it seems most likely this situation will continue.

In 1971 a Japanese expedition came up with the name Asapurna for Peak 7,140m. It is not clear from where this name originated, nor has it been commonly adopted since, although Eberhard Jurgalski's full list of Himalayan mountains above 6,650m uses Asapurna I for Peak 7,140m and Asapurna II for Peak 7,069m.

In order to recognize the ambiguity of the current usage of Tarke Kang by both the Ministry and by most mountaineers—and to avoid confusing the status quo—it is suggested that henceforth Peak 7,069m should be referred to as Tarke Kang Shar (shar meaning “east”), the name adopted in Jan Kielkowski's topo guide “Annapurna Himal.” Peak 7,168m is Tarke Kang (Glacier Dome). 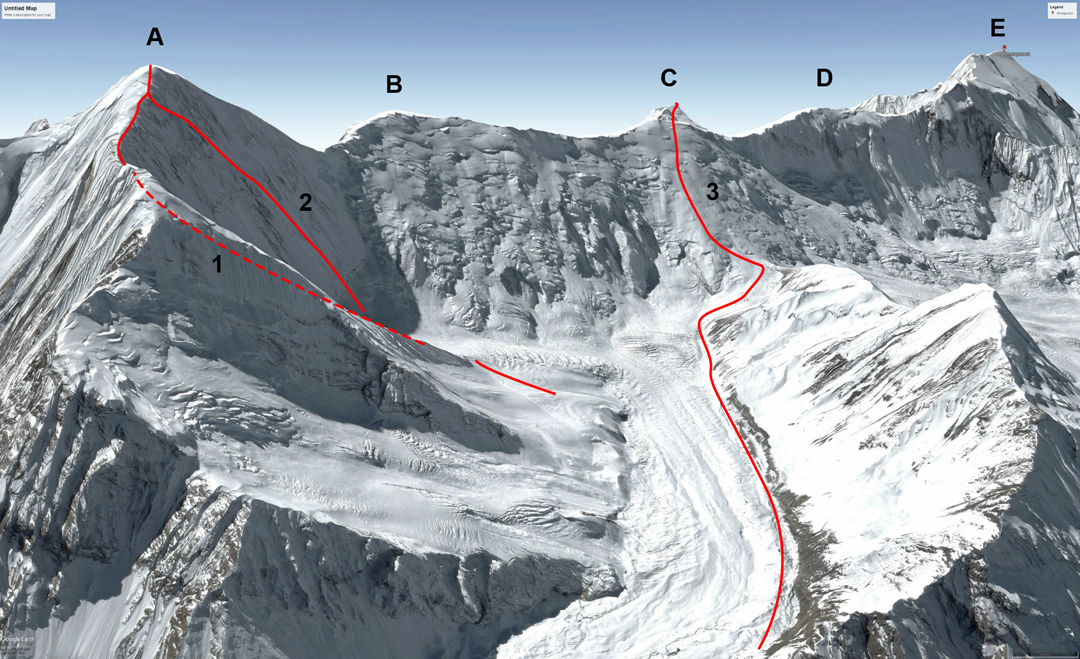 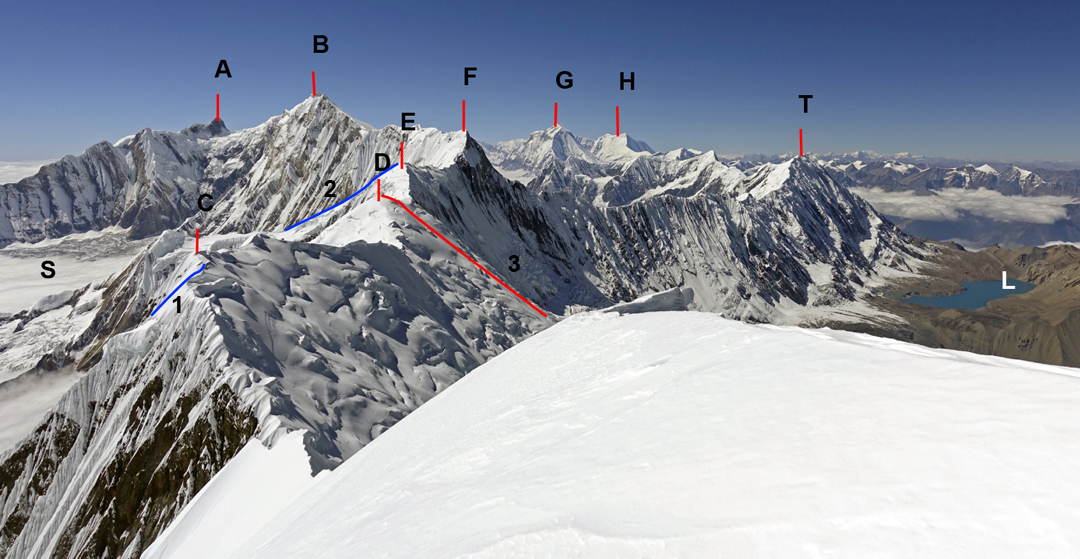 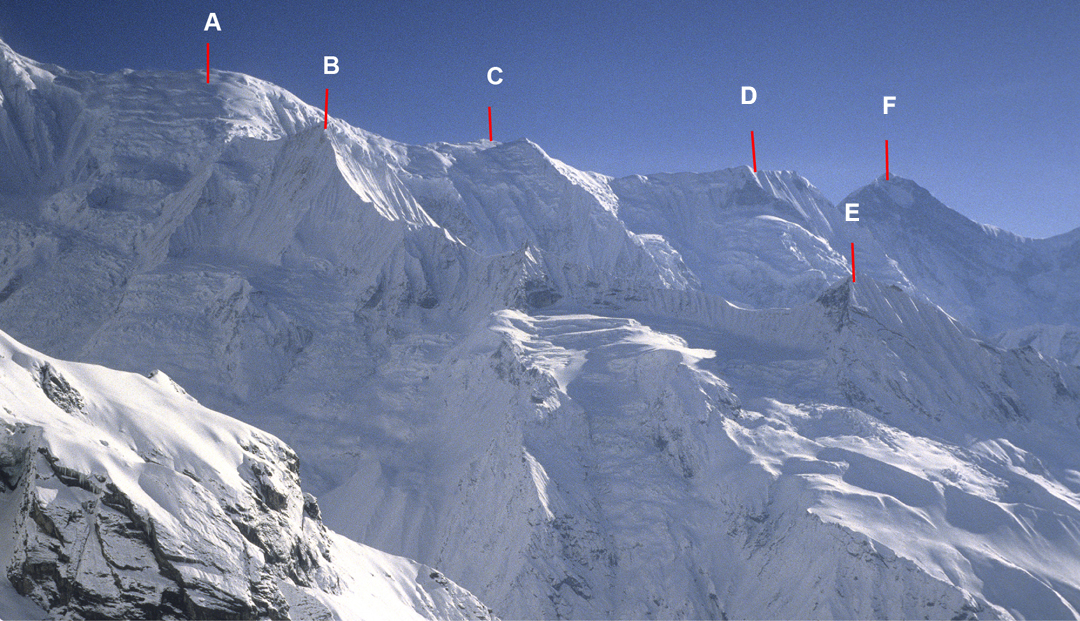