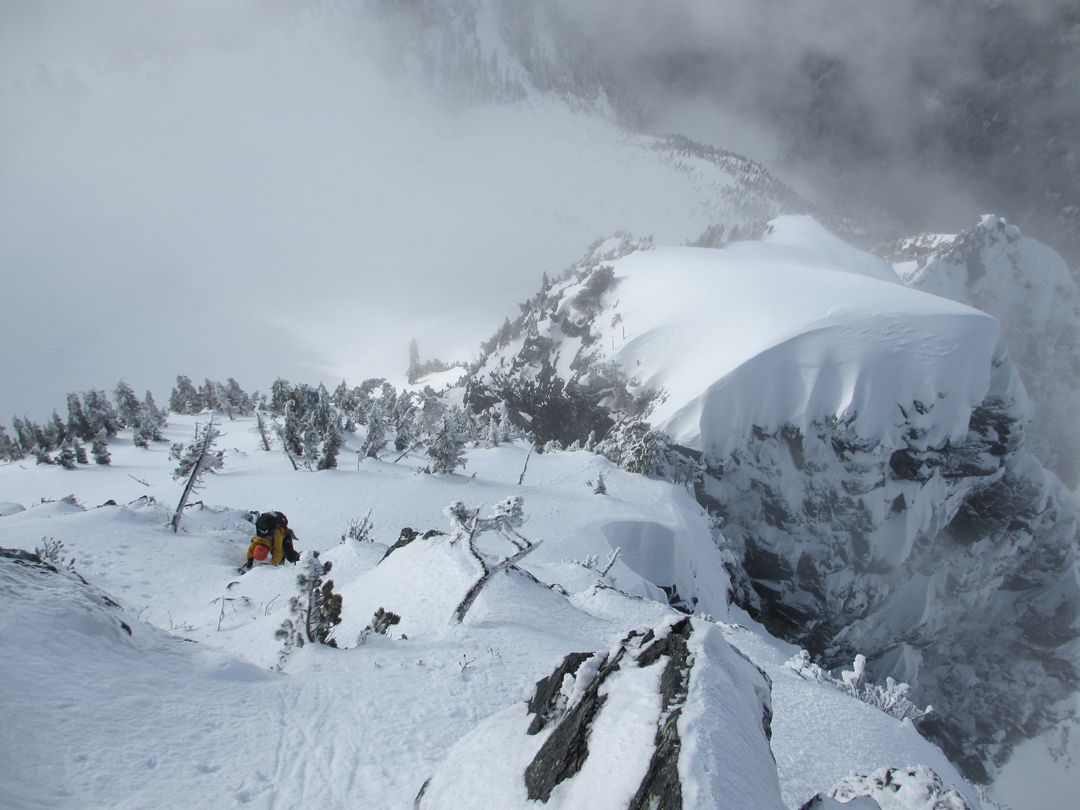 On February 16, Tim Nielsen and I hiked up to the north face of West Lion (49°27'28"N, 123°11'11"W), just north of Vancouver in the North Shore Mountains, via the Lions Bay Trail. Our plan was to repeat the North Couloir (300m, WI3+), which Matteo Agnoloni had soloed on February 10 for the first known ascent. He had hoped to link the couloir directly into the northwest ridge but instead opted to chop through the cornice at the top of the gully, rappel 20m down the other side, and climb moderate ice up onto the ridge.

We soloed the initial couloir (on climber's right of the north face) on Styrofoam snow with a couple of short WI3 steps. Upon reaching the notch at the top of the couloir, we climbed a short mixed pitch (M5) instead of rappelling as Matteo had done. After this mixed crux, we unroped and soloed around two pitches of distance, leading to a short, steep roped pitch of WI4. Easy snow slopes then continued all the way to the summit. The cloudy, questionable weather broke open as we climbed higher, revealing majestic views of snow-capped peaks all the way down to the blue water of Howe Sound. Suspended in this other world, so close to home, we made quick work of the few snacks we brought and started our descent back to the sea.

We climbed the North Couloir Direct (300m, WI4 M5) in 13 hours car-to-car. Our ascent was slower than expected due to difficult snow conditions on the approach and descent. When a decent weather window opens during the stormy coastal winter, the North Shore Mountains do not disappoint!