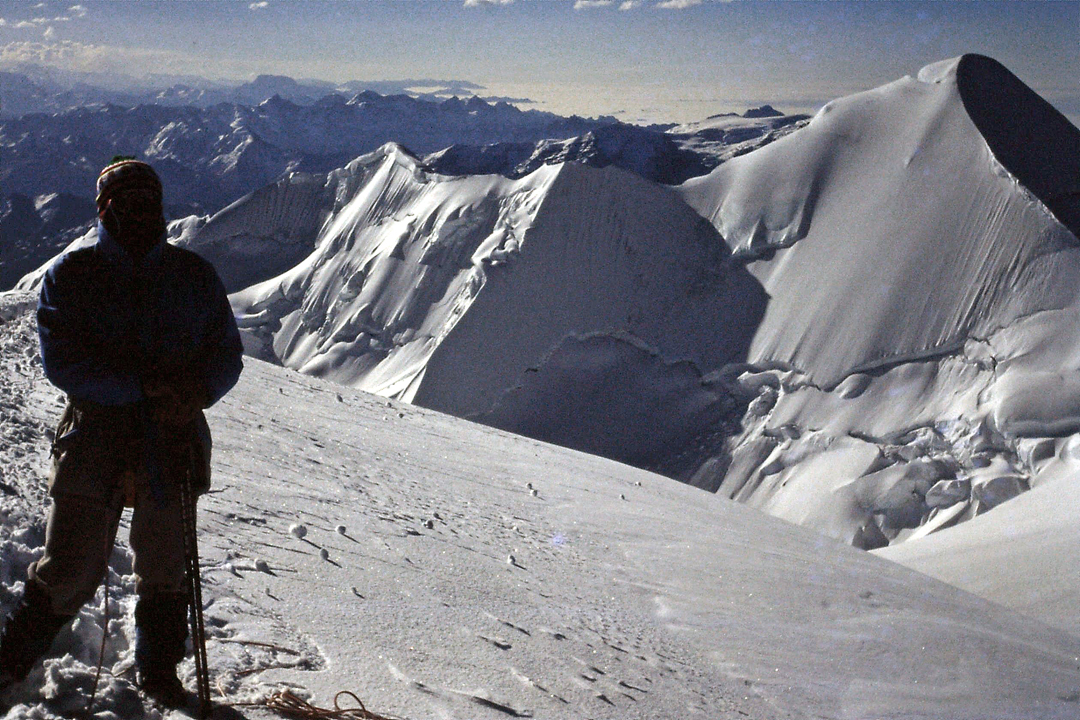 The elegant south spur of the west ridge of Pico Norte (6,403m), attempted in 2014 and reported to be unclimbed in AAJ 2015, was actually climbed in 1989 by Franco Maestrini’s Italian expedition. Like the climbers in the 2014 attempt, the 1989 team ascended Illimani’s normal route (west ridge) to a point from which they could descend northward to the upper glacier and thus reach the south spur. After climbing the spur, they traversed over Pico Norte and Illimani’s main summit to descend the normal route.