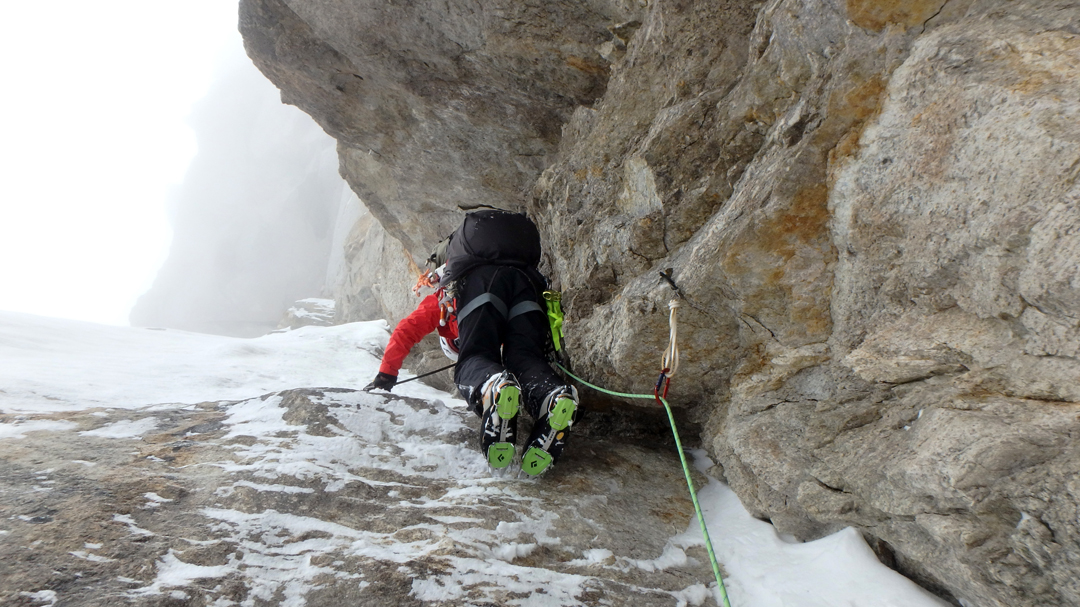 AFTER LEADING the first Korean Way project in 2016, climbing the south face of Gangapurna (AAJ 2017), I led a second expedition with the concept of fostering a younger generation of Korean climbers, developing their skills and experience. I was joined by my friend An Chi-young (40), and with us were the inexperienced Gu Gyo-jeong (25), Kim Ki-hyun (31), and Lee Jae-hun (24). We left Seoul on April 26 and reached our base camp at Kuta Thach (4,260m) after a four-day hike from Tosh (Tos) Village in the Kullu Valley to the southwest.

Dharamsura (6,446m) was first ascended in 1941 by a British party led by J. O. M. Roberts via the south-southeast ridge. It is not often climbed, though other routes have been added, including the southwest ridge and various variations from the east. Our goal was the northwest face, of which we failed to find a picture on the internet or in mountaineering publications from India.

[At the time, the Koreans were unaware of the little documented but remarkable ascent of this face, via the exact same line followed by the Koreans, in September 1985. Alan Hinkes and Andy Lewis (U.K.) battled poor weather, shortage of food, and five bivouacs above 6,000m before emerging at the summit. On return to base camp three days later than expected, they found the other two members of their expedition, who had reached the summit via the southwest ridge, had presumed Hinkes and Lewis dead and departed the area, leaving neither message, food, nor money.]

To look at the face more closely, we scrambled through the Sara Umga Pass (5,020m), west of Dharamsura and Papsura (6,451m), returning down the East Tos Glacier. The stunningly beautiful western aspect of Dharamsura resembled Jannu’s north face. 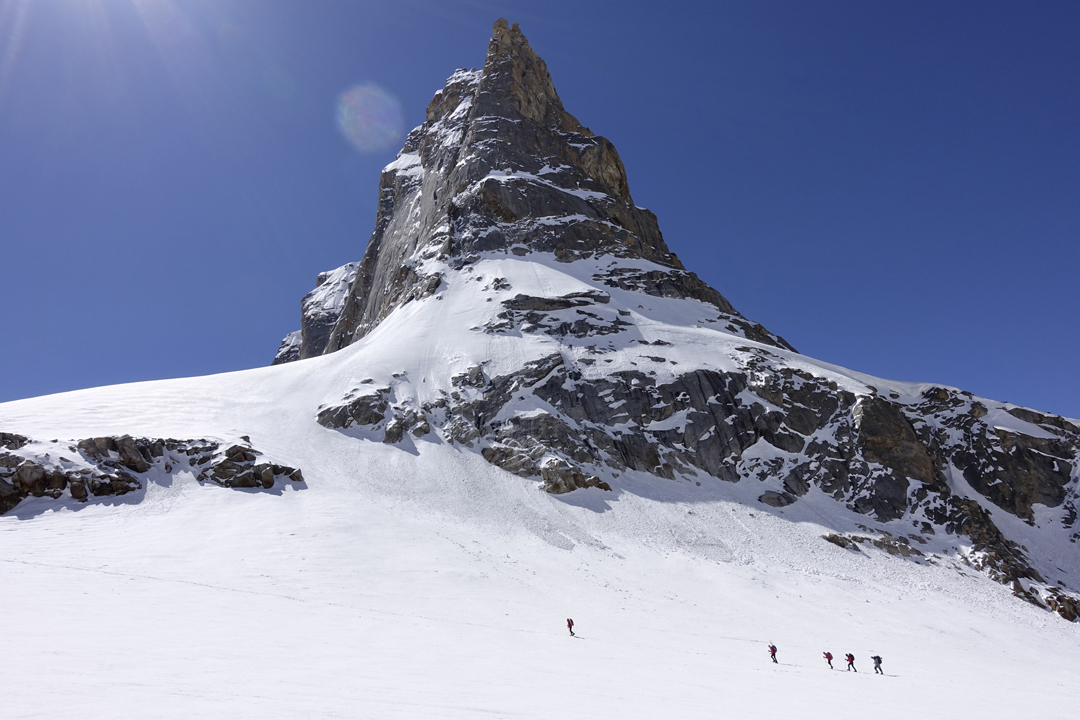 Lee and I, and An and Gu, formed individual roped pairs, though we climbed together. Taking three ropes, two tents, small sleeping bags, short air mattresses, stoves, and climbing gear, we each began the ascent with 14kg packs. We moved up the East Tos Glacier to reach our first bivouac site at 5,395m. Next day we rapidly climbed 10 pitches of snow, ice, and mixed terrain to make a second bivouac at 6,100m. The following day it was snowing, so we took a rest.

The fourth day was the hardest as we negotiated a left-slanting ramp through the headwall, formed by a diagonal crack below an overhang on the vertical rock wall. It snowed and visibility was poor. The 18th pitch was the most difficult: 20m long with a 20cm (8-inch) crack. After this section the weather turned better. We spent the night below a huge roof at 6,250m. Four more pitches next morning led us to the top, which we reached at 10 a.m. on May 24. We descended the southwest ridge and arrived at base camp that evening. Our five day, alpine-style ascent had 25 pitches and an overall grade of ED+.

Our next goal was Papsura. This was first ascended in 1967 by Bob Pettigrew's British expedition, following a couloir on the south face and the southeast ridge. Since then routes have been added up the southwest ridge, the west face, and the northwest ridge.

Kim, Gu, and I started in the middle of the south face, and over five days climbed more or less directly to the summit. The face is not steep up to 5,900m, but above this we encountered a complicated rocky section formed of downward-shelving rock. After this we bivouacked below a serac at 6,000m. The sky was clear next morning, June 3, when we reached the plateau-like top. After 15 rappels along the northwest ridge, we safely reached the glacier. [The northwest ridge was first descended in 1977, but not ascended until July 2012, when it was climbed by a seven-member Indian team (including four Sherpas) led by Subrata Chakraborty.]