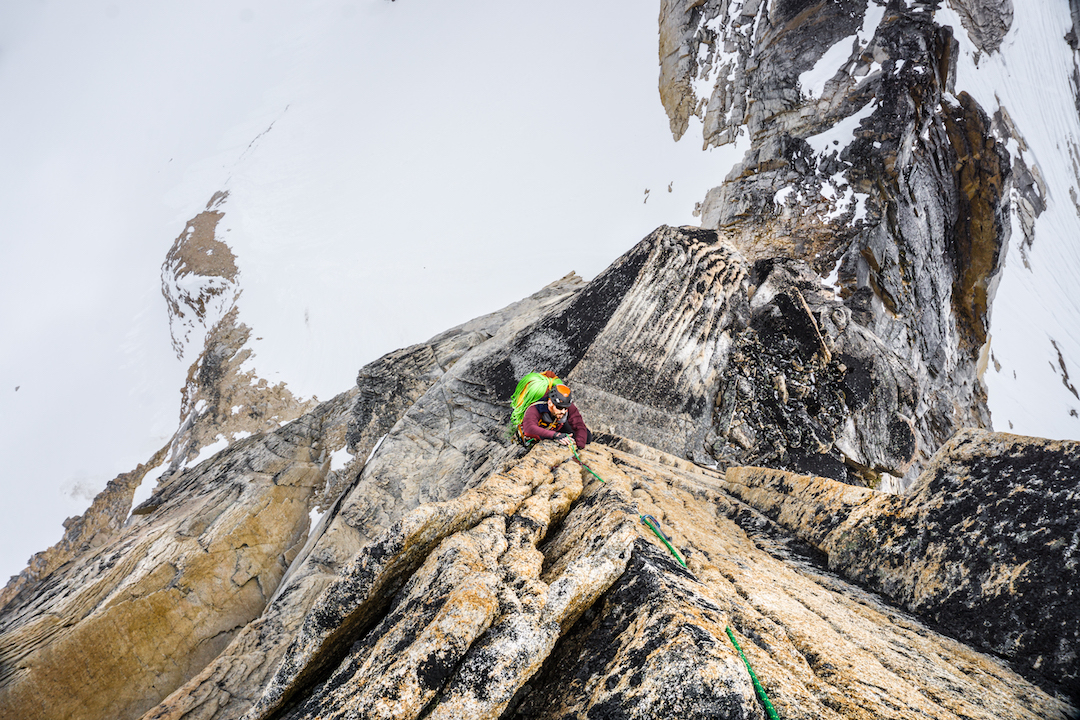 “WHEN IS THIS STORM GONNA END?!” a local pilot asked. Speculation erupted from almost every weary patron in Conscious Coffee, Talkeetna’s finest (though only) coffee shop. The Alaska Range was in the midst of a historic and unrelenting storm, depositing foot after foot of new snow upon the range’s flanks. The days of un-flyable weather were growing to double digits, and I started creating a mental tally of pilots who told me, “I’ve never seen it this bad.” This was the start to the 2018 summer season in Alaska.

Eventually the storm did break, allowing me to undertake two expeditions to the Cathedral Spires of the Kichatnas, both with generally great weather.

On my first trip, from May 26 to June 4, I had the pleasure of climbing with Tad “Poppyseed” McCrea—team name Muffin Wizards. Our expedition was largely a reconnaissance, giving us some great climbing and inspiration for future missions. We flew into the Tatina Glacier and baked up some delicious climbing on the Peak 7,984’ massif with an incomplete mixed route stopping one or two pitches below the nearest summit due to poor ice and snow conditions. We climbed roughly 2,500’ with difficulties up to M5 and 85° and simul-climbed the majority of the proposed line. Our attempt travels up a couloir that was climbed by Adrian Nelhams and Dean Mounsey in 2010 before busting right at a weakness up more sustained mixed terrain.

The Muffin Wizards allotted the remainder of the trip to reconnaissance around the Monolith Glacier, enjoying a few rock pitches on the Sasquatch/Middle Triple massif. Tad and I are anxious to return to an area that holds so much fantastic rock and complete some unfinished recipes.

A week later, from June 10–14, I had the opportunity to fly right back to the Tatina Glacier to show Chris Robertson the joys of the Kichatnas and the Alaska Range. While more time was allotted for our expedition, we were gifted only a single small weather window to climb and to fly out before a large storm arrived. 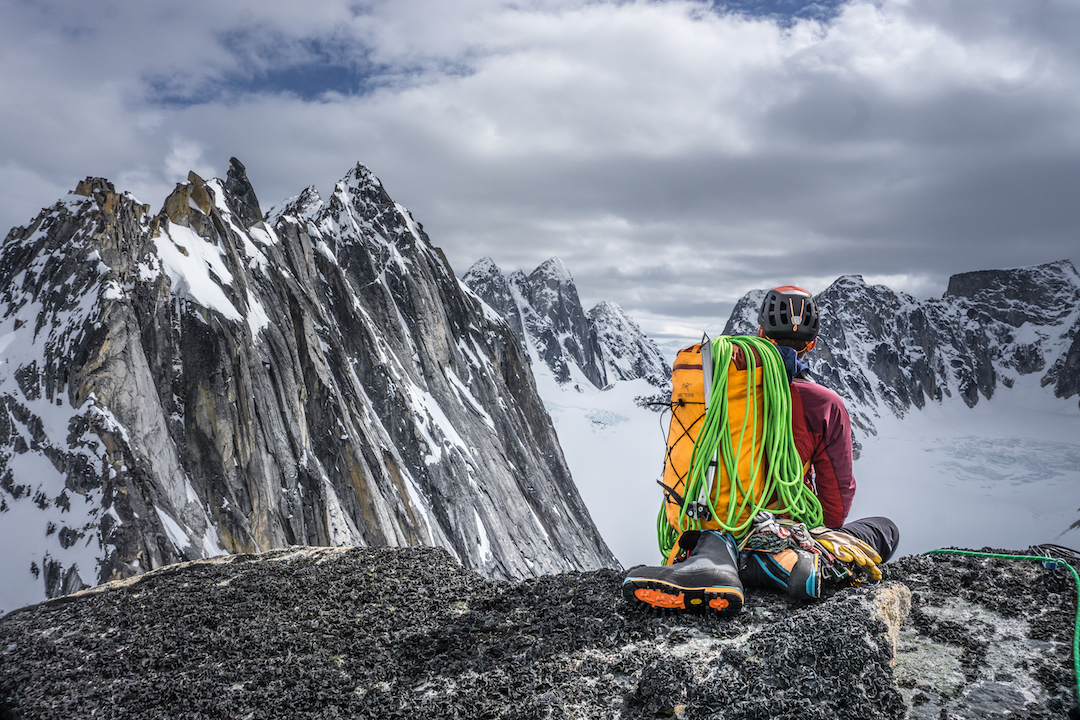 We set our sights on the south/southwest side of Serendipity Spire (ca 6,800’), a relatively small formation for the Kichatnas, first climbed in 1980 by Andrew Embick and Alan Long via a prominent couloir above the Tatina Glacier that finished with two rock pitches (AAJ 1981). From our camp just west of Mt. Jeffers, we enjoyed a 15-minute approach before crampons were donned and we began climbing up moderate névé that eventually steepened to 55˚ for the last few hundred feet before hitting rock. Our line favored the west face down low, crossing the south ridge to the east face up high, chasing the most appealing splitter cracks. Charlie Zulu (1,800’, IV 5.10 55˚) was climbed in 15 pitches, including some low 5th class near the summit. We believe we made the second recorded ascent of the formation, and our route was climbed all free. Serendipity Spire is certainly worth considering for future parties, especially when short weather windows only allow for Lower 48–size objectives.