Incahuasi is a 6,638m volcano on the border with Chile whose name means "Inca house" in Quechua. The world’s second-highest ruins, an Incan temple, are found near the summit. In January 2018, Diego Cavassa (Argentina) climbed a new route up the steep, rocky slopes of the northeast face, left of the normal route. Cavassa and his fiancée, Cari Weber, established Camp 1 at 4,911m and Camp 2 at 5,350m; Weber reached 6,350m and Cavassa summited alone.

Volcán El Muerto has its name because of an ancient legend that says that its profile resembles a dead man. The official height of this Argentine-Chilean peak, northeast of Ojos del Salado, is 6,488m, but many climbers think it is some meters above 6,500m. In early 2018, Argentine climbers made a rare ascent of the large glacier on the south side of El Muerto (officially 6,488m, but maybe higher), northeast of Ojos del Salado. This route was possibly first climbed in 2005 by Janne Corax (Sweden) and Nadine Saulnier (France). During 2012 there was another ascent, by Vasques Arkaitz Ibarra (living in Argentina) and Jabi Txikon, as part of an extensive traverse of 6,000-meter peaks. On January 19, 2018, Argentines Lauro Gutiérrez, Griselda Moreno, and Liz Sablé climbed the glacier; Moreno and Gutiérrez summited, while Sablé stopped at a nearby secondary summit.

In December 2017, Andrés Fabeiro and Marcelo Scanu climbed the northeast ridge of Cerro de los Caranchos (4,225m), one of the highest unclimbed mountains in the Chaschuil zone, as condors flew a few meters overhead. 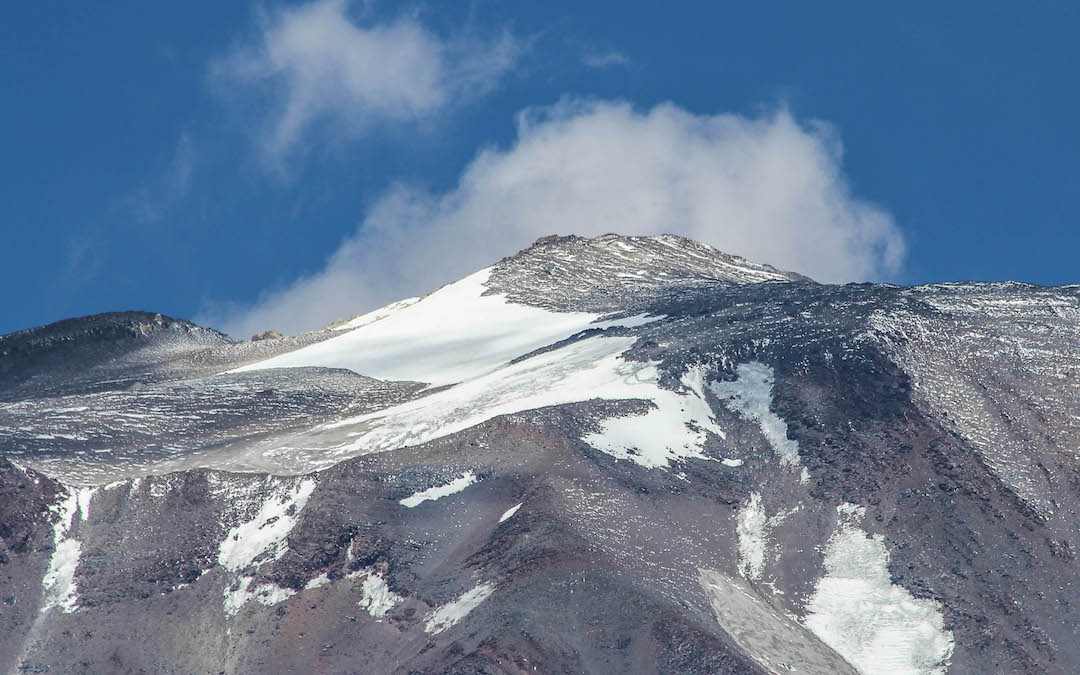 New route on the northeast side of Incahuasi, climbed in January 2018.
Diego Cavassa
Previous Next

New route on the northeast side of Incahuasi, climbed in January 2018.
Diego Cavassa
Previous Next