First Free Ascent and New Route in the Quebrada Rurec 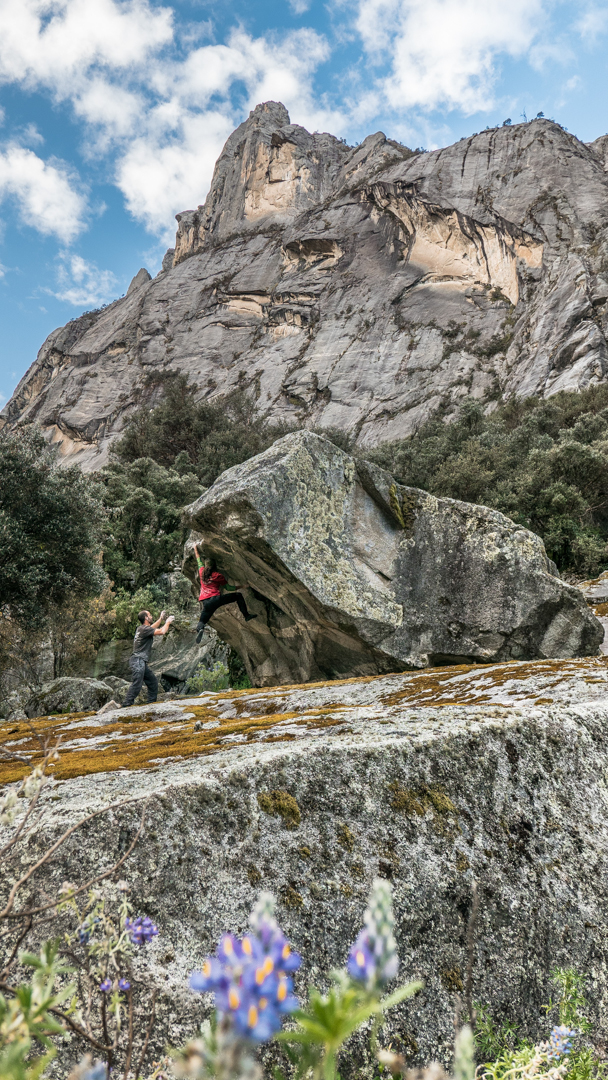 After opening the new route Yaku Mama at Gocta Falls, in Peru’s northern Amazon, with Pedro Galán and Manu Ponce, (see linked report) our team traveled by bus for 24 hours to reach Huaraz in the Cordillera Blanca. Our biggest problem now was arriving in a high mountain range with sleeping bags and clothing designed for the jungle. Without big boots, ice axes, or crampons, we focused on rock climbing. Cold was a constant during the rest of our expedition.

From Huaraz we traveled through the village of Olleros to the Quebrada Rurec, a beautiful place where the climbing is all above 4,000m. We first focused on free climbing the Italian route Qui Io Vado Ancora (originally graded 7b A1, see AAJ 2007), on the beautiful spire of Chaupi Huanca (5,179m), a route established 10 years prior by climbers from the famous Ragni di Lecco group. After camping at the base for three days, we spent two days sleeping on the wall (July 11–12), making the first free ascent at 7c+/8a-, with all pitches climbed onsight. This excellent route is one of the most difficult alpine rock climbs yet climbed in Peru (585m, 7c+/8a-).

[Editor’s note: Chaupi Huanca was called Punta Numa in some past AAJs. It is located between the wall Itsoc Huanca (called Punta Ayudin in past AAJs) on the left and an unnamed wall to the right, where the Spaniards established their next route, Zerain. These northwest-facing walls are all at the head of the valley, located along the flanks of Cerro Pumahuagangan (5,138m).

The route Qui Io Vado Ancora does not reach the top of Chaupi Huanca; it finishes at a junction with the much longer route Caravaca Jubilar (1,000m, 21 pitches, VI 5.11 A4, Gallego-Gallego-Sandoval, 2003). That route and the route Hasta Luego, Zorro (1,200m, 7a A3+, Iannilli-Mastracci, 2001) are the only climbs known to reach the top of Chaupi Huanca. It’s unknown if the valley’s first big-wall route Monttrek (750m, 6c A4-, Callado-Pedrochi, 1997), located left of the aforementioned climbs, reaches the top as well.] 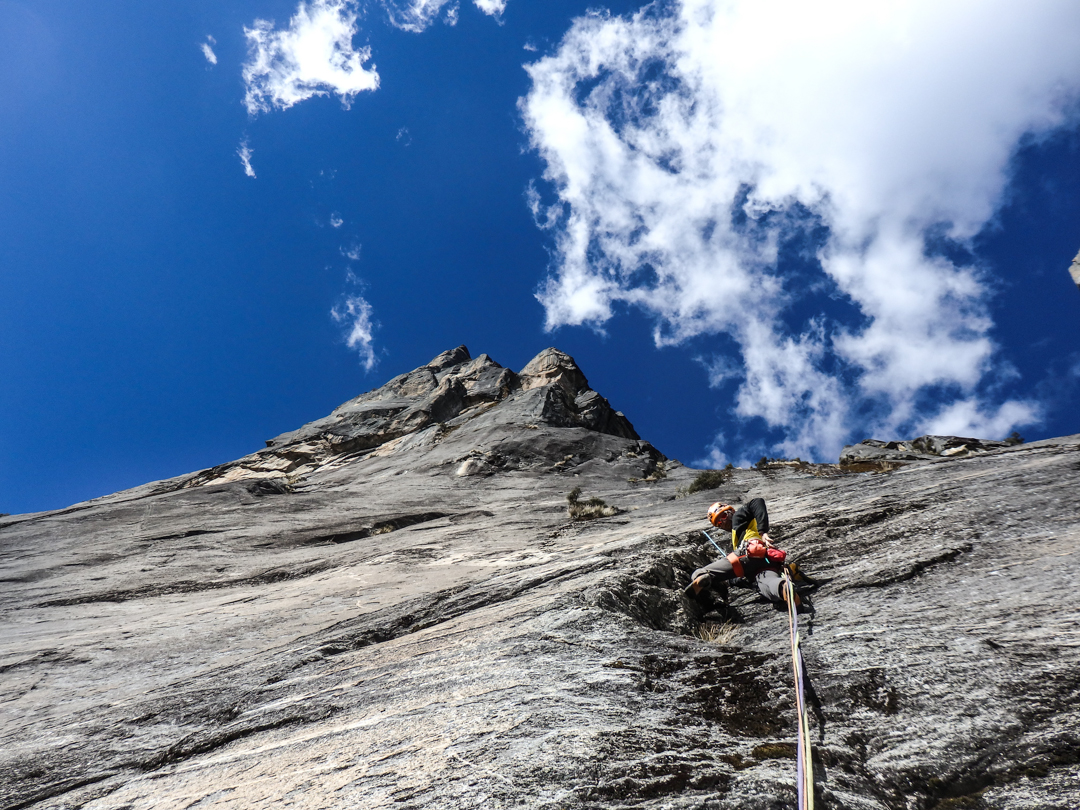 After this climb, we returned to Huaraz for two days to rest and then hiked back into the Quebrada Rurec. We spent six days (July 17–22), including three days sleeping on the wall, opening a route up the wall just right of Chaupi Huanca, which we called Zerain (860m, 7a+ A1). The route is dedicated to our partner Alberto Zerain who disappeared this summer while attempting Nanga Parbat’s Mazeno Ridge (see AAJ 2013 for more information on this route).

Although we did not have time to free climb three of the route’s 20 pitches (pitches 9–11), the climb is one of the most significant of our careers, because of the elevation (the route tops out at approximately 5,200m), the size of the wall, the quality of the route, and its difficulty (we estimate 8a once it is freed). Of the pitches we did not redpoint, pitch nine involves a long rightward traverse on small crimps (about 7c+); pitch ten is harder, up a crack and very steep, beautiful corner that is a little dirty and about 8a; and pitch 11, which continues up the corner at about 7b.