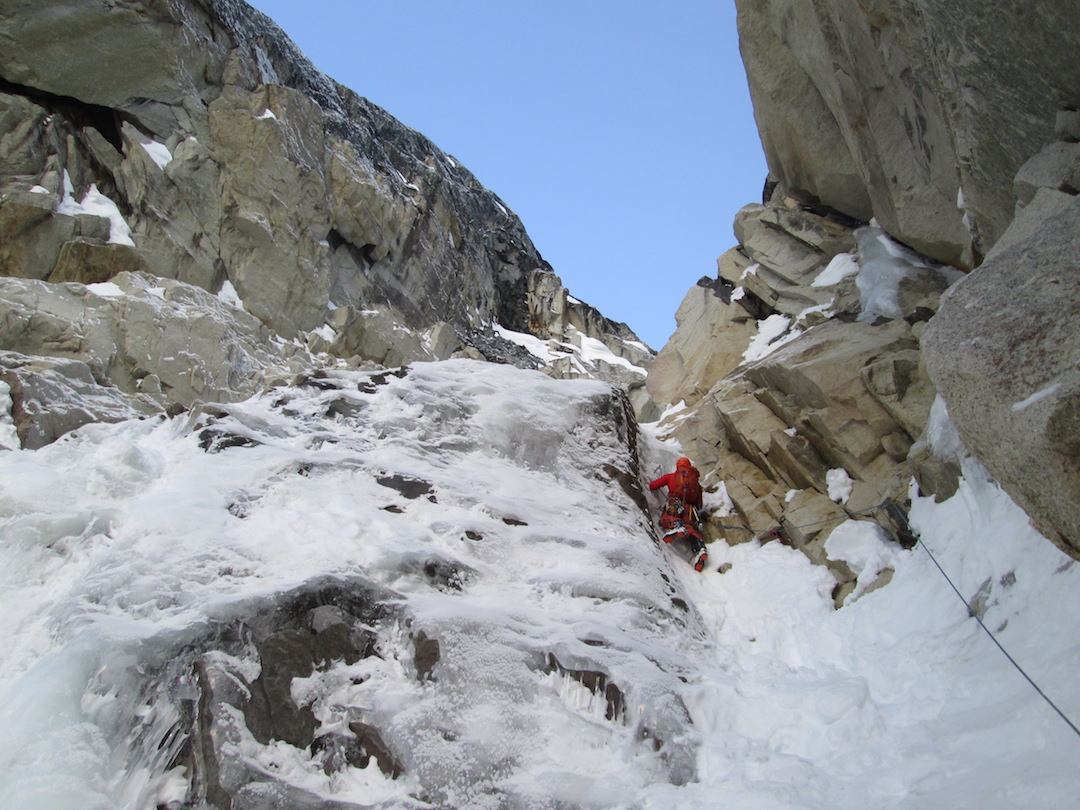 CAN A PLACE be remote but accessible at the same time? Thanks to the impressive skills of our pilot, Paul Roderick, the south fork of the Fish Glacier in the Revelation Mountains turned out to be just that.

Ever since Clint Helander’s feature article in the AAJ (2013), we kept reading about the wild mountains, fickle weather, and good climbing in the Revelations. But as the years went by, many of the objectives identified by Clint were being ticked off. One valley, however, seemed to have been spared the attention. After looking at the maps and Google Earth, Frieder Wittmann (Germany) and I decided to explore the south fork of the Fish Glacier. Having checked the landing feasibility with Talkeetna Air Taxi, we were soon loading their plane with food and fuel for three weeks. After a scenic rollercoaster flight, we landed in the soft snow with good-looking walls on one side and perfect ski slopes on the other. 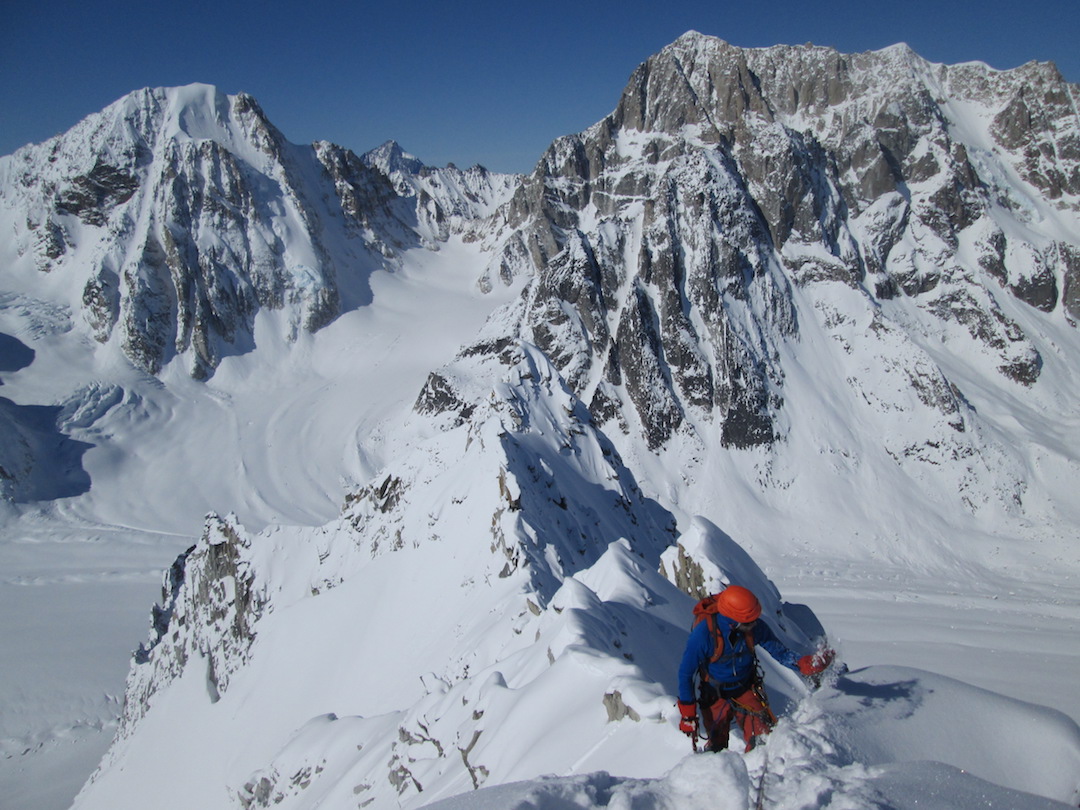 The first day on the glacier, March 28, we climbed Peak 6,905’, just to the east of our landing spot. After landing on the glacier and digging a few minimal trenches for our gear, we immediately set off. We were able to ski to a col northeast of the summit, and a pleasant ridge with a few rocky steps got us to the top. The mountain has two obvious high points, and because we couldn’t be certain which was higher, we tagged them both. We named the route It’s A Girl! (PD, easy snow and rock). The long Alaskan day still gave us some time to have a look at the other objectives in the valley, and as the peak was such a great vantage point, we called it the Prophet for all the promises that it gave us. 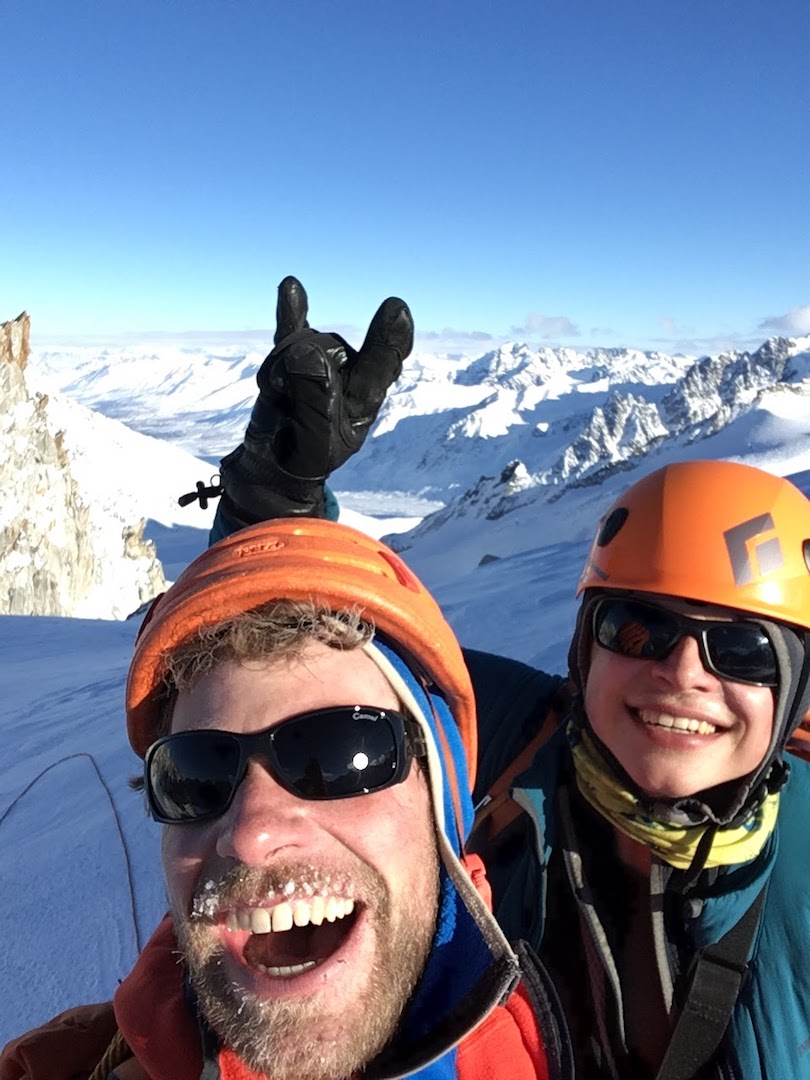 On March 30, we picked a line on neighboring Peak 8,568’, which we’d started calling Mephisto. We picke a line on the east face. Moderate névé led us to a pitch of ice climbing. As the ice thinned, a mixed pitch followed, which turned out to be a good workout. After wrestling onto the upper gully, we faced more of the perfect névé all the way to the top. We named our route Langstrasse (800m, WI4 M4) after the training venue in Zurich where we prepared for the trip.

After some forced rest due to snowfall, we set our sights on a rocky peak (ca 7,350’) north of the Prophet. After a few recon trips, we decided to try its east ridge. It took us a couple of attempts, and we started calling it the Charlatan by the time we went up there a third time.

The final part of the ridge turned out to be more rocky than expected, with beautifully sculpted granite somewhat reminiscent of the climbing in Corsica. The Charlatan pulled one last trick before the summit, when I punched through a cornice. We summited on April 7 and named the route Piled Higher and Deeper (WI2 M3) after the light, fresh snow we encountered, and because we were both set to graduate from our Ph.D. programs upon returning home. 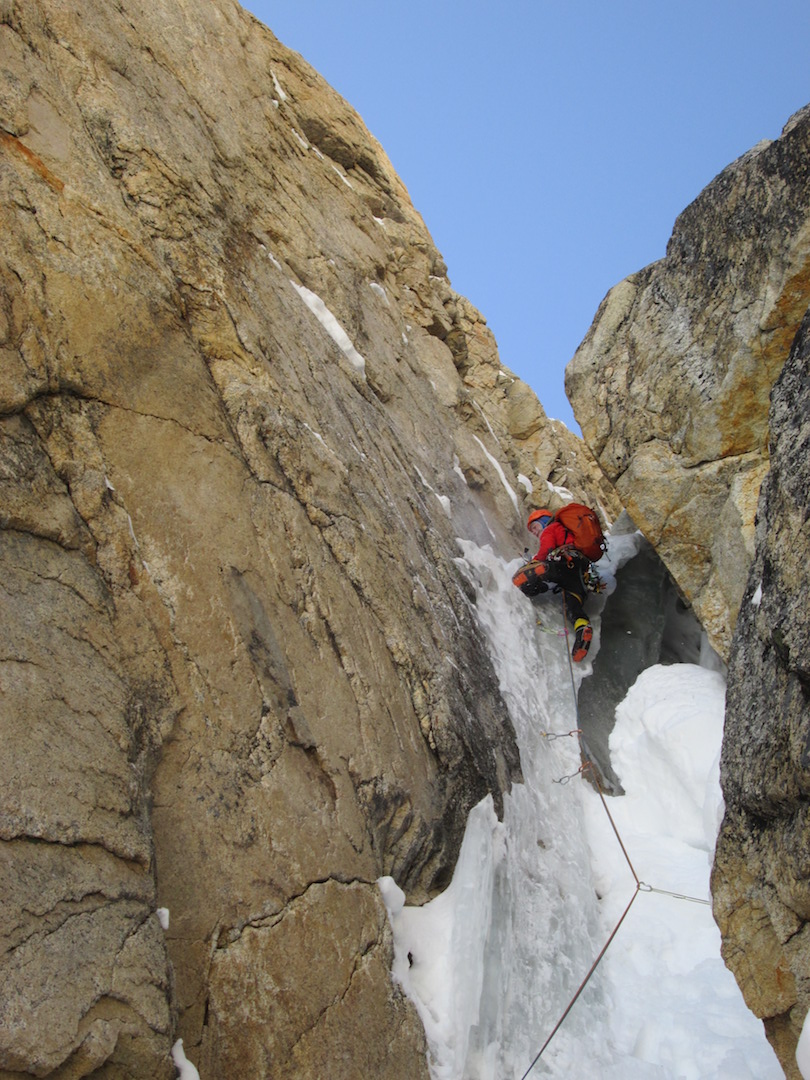 A couple more days of sour weather followed, during which we scouted a potential gully route between the granite towers of the Obelisk (9,304’). The peak’s southwest face was first climbed in 2015 by John Giraldo and Clint Helander (Emotional Atrophy, 1,000m, WI5 M6 A0, see AAJ 2016), but the southeast face, above our glacier, hadn’t been attempted. Using binoculars and photos we took from the Prophet and the Charlatan, we pieced together a line of gullies cutting through the granite towers.

Our first attempt came to a halt when we retreated due to strong spindrift. After recuperating and allowing the snow to settle, we were back on April 11 for a second go. A gully with good névé led us to a series of mixed pitches that turned out to be the crux of the route, and we had to aid through a couple of sections. A snow ramp then led us to a pitch of ice that looked deceivingly fat, but the lower portion started disintegrating as we were climbing it. The remaining slopes went smoothly, and soon we were brewing coffee on the summit as the sun was starting to hide behind other peaks. We named our line Alternative Facts (900m, WI5 M6 A1) for the times we are living in.

Despite the recent activity in the range, the Revelation Mountains still have many adventures stacked in the snow and granite. In particular, we regretted not having brought our climbing shoes for the imposing rock buttresses, as well as more technical skis for the many steep snow descents. We would like to thank Paul Roderick for flying us into the valley and the Academic Alpine Club Zurich for generous support of our expedition.