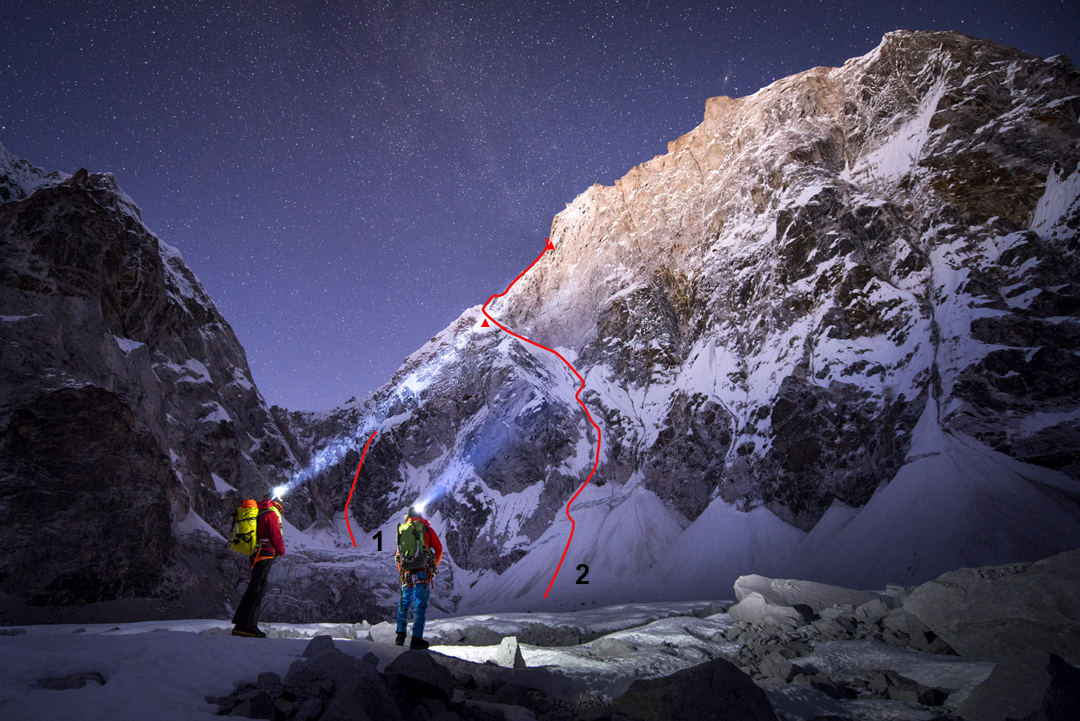 In November, Conrad Anker and I traveled to the Khumbu. Just like the year before, our goal was Lunag Ri, an unclimbed 6,895m peak. In November 2015, we had failed to reach the summit during a three-day weather window, reaching a high point about 300m below the top, because we had underestimated the complexity of the west ridge. [The west ridge rises from a 6,026m col between 6,492m Lunag West and Lunag Ri; the latter is the highest summit in the Lunag group. In 2010 a French team reached the 6,812m southeast top of this peak, but did not continue to the main summit].

During the first good weather period, we made an attempt on our previous line. On our first day, at about 5,800m, Conrad suddenly felt extreme pain in his chest. We immediately rappelled and called a helicopter, which picked him up at our advanced base and evacuated him to a hospital in Kathmandu. He had suffered a heart attack, but after emergency surgery he was doing better, and he soon left for home in Montana.

Knowing that Conrad was safe and wouldn’t return to the mountain, I carefully weighed the pros and cons of a solo attempt. I felt well prepared from many solos in the Alps the summer before, but I had not planned for a solo ascent, and our rack was decimated after our first attempt. Ultimately, I came to the conclusion that I stood a fair chance. 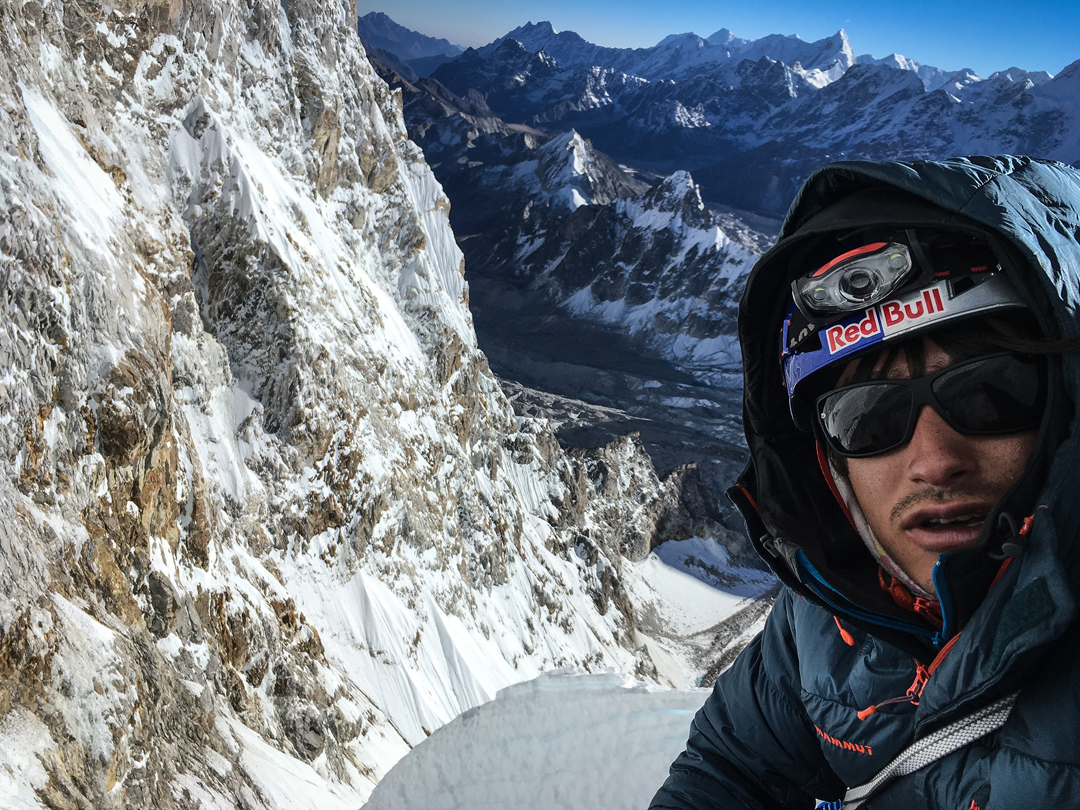 Three days later, I left camp at night. I climbed ropeless up steep snow and ice slopes on a different line from our previous attempts, farther to the right, aiming to reach a higher point on the ridge via technically easier terrain. This had the disadvantage of being more exposed to rockfall. However, climbing ropeless allowed me to go fast enough to justify the decision. I reached a good bivouac spot and rested, thinking about the 700m that separated me from the summit.

At around 2 a.m., I continued upward, and I was on the ridge by the time the sun started to rise. The terrain became more and more technical, and because I had to start belaying myself, things became slower and more toilsome. Conditions were great, but having to do every pitch twice, I progressed quite slowly.

I felt great fatigue when I reached my second bivouac, approximately 250m below the summit. I knew that going further would deplete too much of my reserves to descend safely. After a second night on the mountain, I had to gather all my remaining strength to undertake the descent. I rappelled as far as I could early in the morning, before the sun forced me to stop and wait, listening to the sound of rock and ice falling down the face as the rising temperature set them free. I rested as well as I could before continuing the descent at nightfall. In advanced base camp I was very happy to be back on safe ground.

I look back at this as one of my most intense mountain experiences yet, not only because of the climb but also because of everything else that happened. Fortunately, Conrad has recovered well. He told me that he thinks Lunag Ri was his last expedition of that type, but he is climbing again and doing what we both love, being in the mountains.