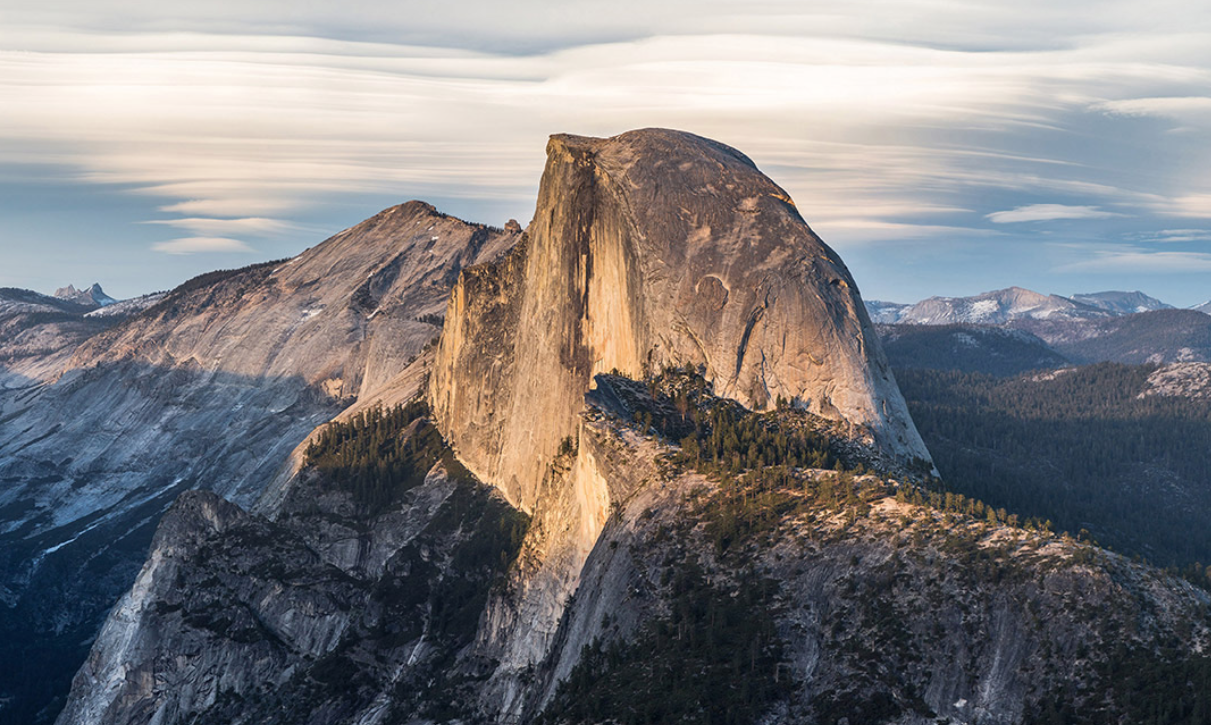 Around sunset on November 7, Angela Uys (26) was at an anchor on Snake Dike (III 5.7), preparing to rappel. Her tether system was not effectively clipped to the anchor, and when she weighted the system it failed. She fell approximately 500 feet to her death.

At 9 that morning, Angela, Mason Kropp, and Samantha (Sam) Perry started up the Mist Trail toward Snake Dike. They were behind schedule because Angela had not arrived at their campsite in Yosemite Valley until 3 a.m., due to commitments in San Francisco. When they reached the base of the route, around 11:30 a.m., another party of three was climbing the first pitch.

At 1 p.m., after waiting 1.5 hours for the other party to clear, Mason began to lead the first pitch. Sam led the second, and Mason led the third. They were climb- ing with a single 70m rope, with Mason and Sam on opposite ends. Angela was attached to the middle of the rope with a figure 8 on a bight, clipped to a locking carabiner on her harness’ belay loop.

For her anchoring system, Angela had girth-hitched a Metolius Personal Anchor System (PAS) to her belay loop. She had extended the free end of the PAS by girth-hitching to it one end of a 44-inch Metolius Rabbit Runner (a runner with a sewn loop on each end). She clipped the free end of the runner to the anchors with a locking carabiner and clipped the rope to the anchor as her backup. She reasoned that this extended configuration would allow her to stay well below the anchor, thus providing more space for the leader and belayer.

The sun was setting behind Glacier Point as Mason finished leading the third pitch. At that point they decided to rappel, given the late hour, the slow party ahead of them, and the possibility of a difficult, icy descent. None of them had climbed Snake Dike or descended Half Dome before.

After reaching the third-pitch anchors, Mason decided they should rappel from an alternate anchor 20 feet below and to climber’s right of his location. The alternate anchor had rappel rings and was closer to the next anchor they would use on their retreat. Mason asked Angela to climb to the alternate anchor, clip in, and then unclip from the rope so that he could belay Sam up to join her.

Mason remembers looking down and seeing that Angela had not clipped a loop of the PAS into the anchor using a locking carabiner, as he had expected. As he recalls, she placed a locker on the anchor, but from his position it appeared she had threaded the end of the sling/PAS through the locker and closed the loop by clipping it back to her harness. It did not look like she had captured one of the sewn loops of the PAS on the anchor locker. As Sam climbed toward Angela’s position, they heard her scream and watched as she tumbled down the rock face. They yelled for the party just above them to call 911.

Mason and Sam rappelled as fast as they could. On the way down they saw that a locker was still attached to one bolt of the anchor Angela was using. There was nothing else left at the anchor. In his haste to get to the ground, Mason rappelled off the end of the rope on his last rappel. He fell about 10 feet and twisted his ankle. He found Angela below and climber’s right of the base of the climb. He checked for a pulse, but she was clearly dead.

Mason and Sam each had five to seven years of trad-climbing experience, but Angela had limited outdoor experience, with only a few trad leads, and she was still learning the techniques involved.

After her fall Angela’s PAS/runner system was still girth-hitched to her harness. The free end of the runner was loose with no carabiner clipped to it. Two locking carabiners were clipped to her belay loop. One, unlocked, had probably been used to clip into the midpoint of the lead rope. The other was clipped through the two loops of her PAS closest to her harness. The gate was open and the locking sleeve was screwed into the locked position, which prevented the gate from closing.

At the anchor from which she fell, Angela attempted to clip into only one bolt with a single anchoring system before detaching herself from the rope. A fundamental principle of anchoring is redundancy. In this instance, having a separate sling independently clipped between her harness and a bolt would likely have prevented her death. Angela had clipped in to the second- and third-pitch anchor with her rope and the PAS/sling combo, providing redundancy. Perhaps because of haste, fatigue, or lack of training, she did not choose to create a backup at this anchor. Angela was new to multi-pitch climbing, and the team’s plan left her alone for the transition from being clipped to the rope to being attached to the anchor. Her faulty anchoring system may have been caught if one of the other climbers had been at the same anchor.

Other factors may have contributed to the accident, including lack of sleep and distraction. Mason and Sam said Angela had taken many photos with her iPhone during the climb. She had the phone in her hand, presumably to take a photo, at the time she fell.

With the available evidence, we can only speculate about the exact mechanism for Angela’s anchoring system failure. But the factors above increased the possibility of a critical incident. During the first week of climbing we learn about redundant anchor systems, and we must continue to use them. Regardless of experience level, watch what your partner is doing. If you see something that doesn’t look right, speak up! (Source: Ranger Jesse McGahey.)

An interview with Jesse McGahey about this incident can be heard in Episode 11 of the Sharp End podcast.