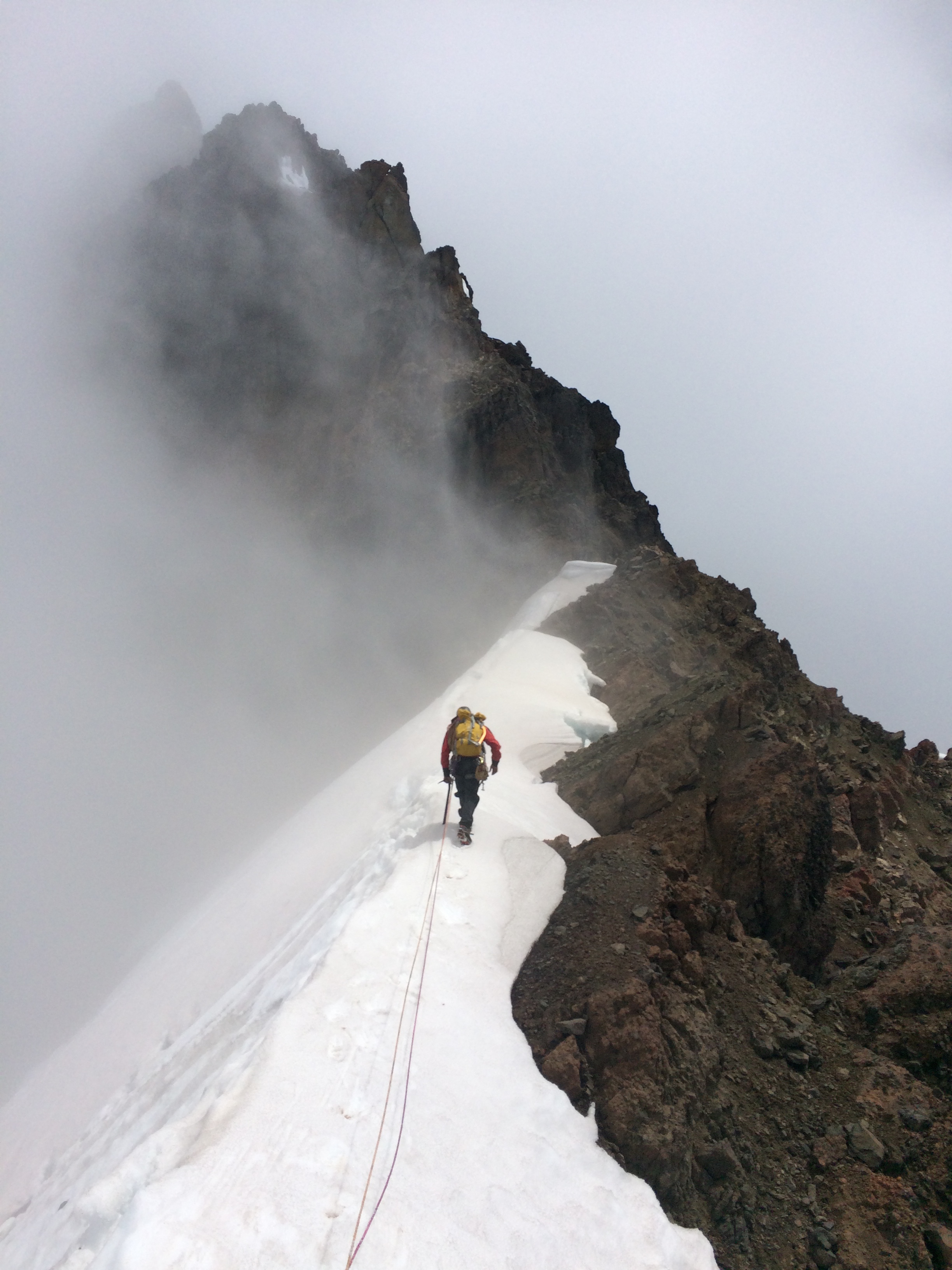 During the 1970s, when the Altar Massif saw many of its first ascents, the well-known Ecuadorian climber Ramiro Navarrete attempted the southwest ridge of Canónigo (5,260m). Although he did not succeed, he dubbed the ridge Elena, after his daughter.

[Canónigo was first climbed in 1965 by an Italian expedition led by Marino Tremonti, who also led the first ascent of Obispo, the highest summit of the Altar group, in 1963.] There had been several other attempts on this ridge since the late ’70s, but the bad weather and loose rock in this region didn’t allow passage until this year, when Pablo Falconí and I made the first ascent. As a way of honoring this area’s first explorers, we suggest the name Elena Ridge.

On January 2 we drove from the city of Riobamba toward Hacienda Releche on the west side of the mountain. From there we approached for two days to the base of Canónigo’s southwest ridge. Knowledge gained from previous attempts helped us navigate through the tall grass páramo (tropical tundra) of the area.

On the third day we started up the ridge, mostly simul-climbing but sometimes pitching it out. The hardest partwas a rocky section we felt to be 6b; however, the majority of the climb was between 5aand 5c. The higher part of the ridge presented mixed terrain up to M4, combined with snow ramps (60°). It took us most of a day to complete the ca 800m climb and return to our base camp, descending the same line as the ascent. We spent a final night at camp and then hiked out to the trailhead. 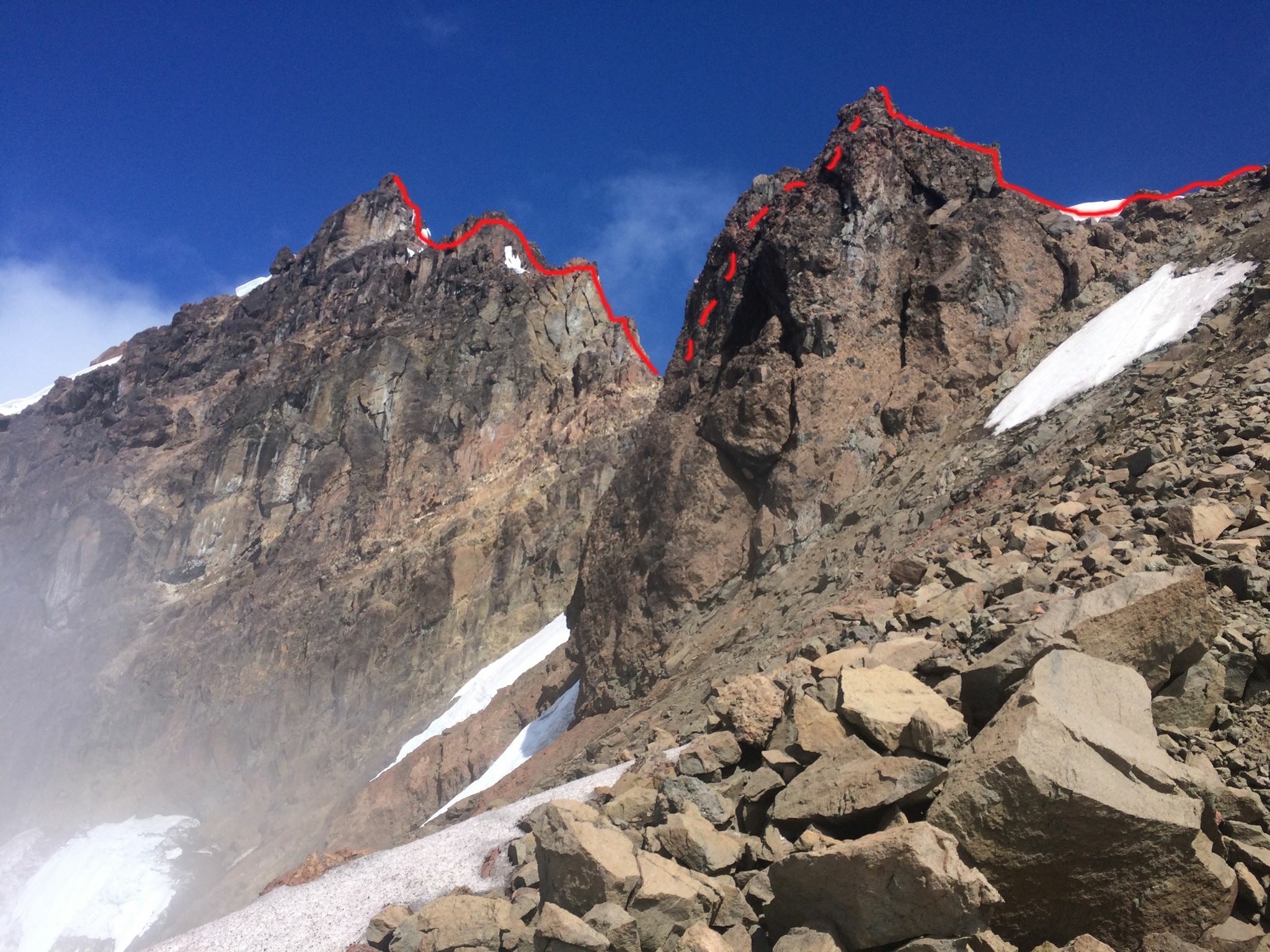 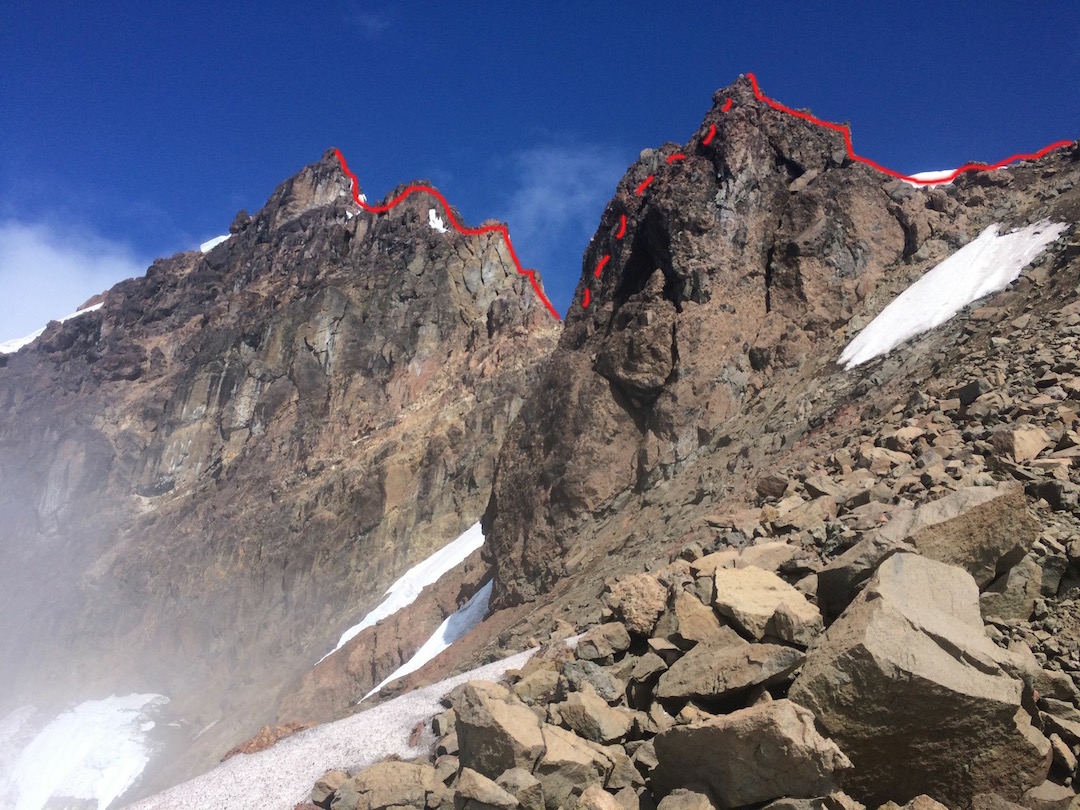 The southwest ridge (Elena Ridge) of Canónigo (5,260m) from the team’s camp below the mountain.
Joshua Jarrin 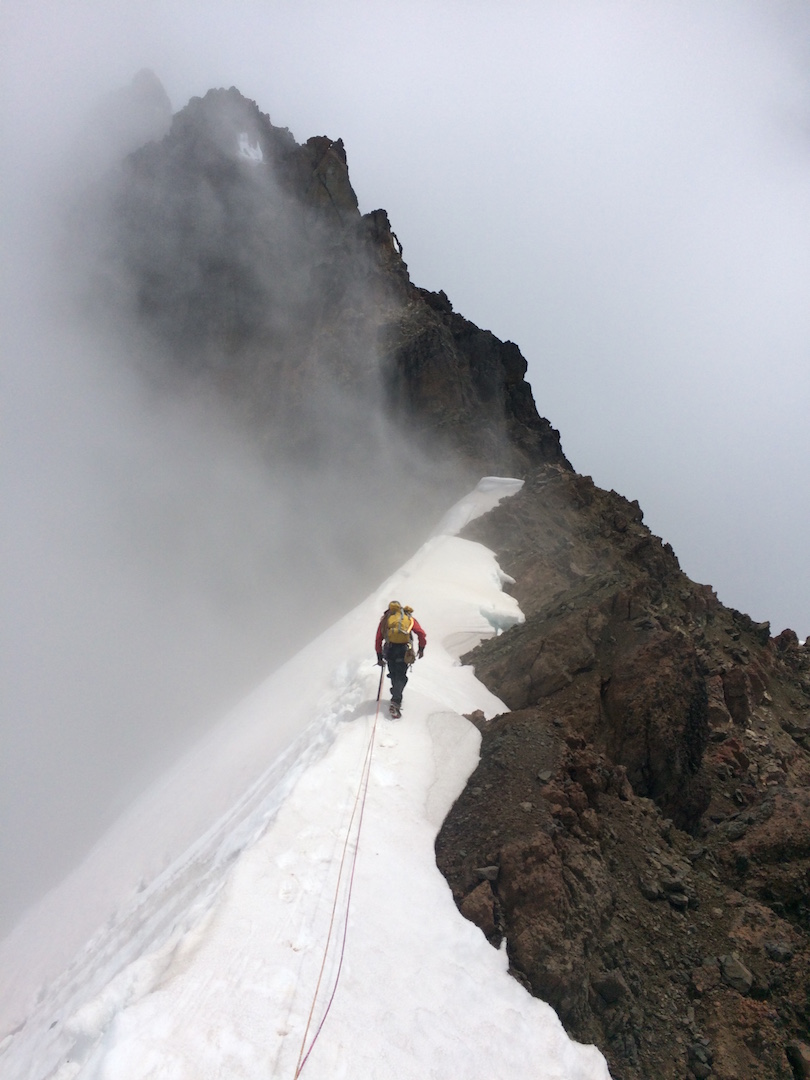 Pablo Falconí on the southwest ridge of Canónigo (5,260m), a peak comprising the Altar Massif.
Joshua Jarrin
Previous Next

The southwest ridge (Elena Ridge) of Canónigo (5,260m) from the team’s camp below the mountain.
Joshua Jarrin

Pablo Falconí on the southwest ridge of Canónigo (5,260m), a peak comprising the Altar Massif.
Joshua Jarrin
Previous Next