El Chaltén is a vast playground where the possibilities for new routes are still infinite. So when Dani Ascaso and Santi Padrós showed up at the hostel where Jerôme Sullivan and I were staying and told us they had the exact same plan as us for a new route the next day, we were surprised, to say the least. Given the randomness, we decided right away to combine forces and share the adventure.

Our plan was to climb the right side of Cerro Adela Norte, which leads to the Col de la Esperanza, and then climb the Ragni Route on Cerro Torre. This required hiking around Cerro Torre for two long days in order to get to the base of the route.

On October 23, the alarm went off at midnight. Getting past the bergschrund went smoothly, but the steep, narrow gully that came next was steeper than expected. The ice wasn’t always that solid, and some sections were hard to protect. The upper part of Cerro Adela Norte’s east face is directly exposed to the first rays of sun in the morning, and almost immediately after sunrise we were bombarded with falling ice. Fortunately, we had timed things fairly well. A nice step led us to base of the two crux pitches of the route. The first crux involved a delicate mixed traverse that led to a thin, unprotectable section of ice approximately 20m long. The next pitch was a mix of aid, mixed, and unconsolidated snow climbing with a bit of tunneling; it was also virtually unprotectable. These two pitches slowed us considerably—we spent about eight hours on them. As night encroached, we continued climbing up 250m of easy gullies.

After gaining Col de la Esperanza, we dug a snow cave to protect us from the strong wind. We had been awake for 28 hours and had climbed nonstop for 24 hours. We didn’t set an alarm, but the sun woke us from our slumber five hours later. We were still motivated to continue up Cerro Torre, but the accumulation of little problems compelled us to retreat. After descending to Circo de los Altares, two long days of hiking awaited us. The route name Balas y Chocolate (“Bullets and Chocolate,” 900m, WI5+ M6 A2) hints at the difficulties we faced while climbing, but also all the happiness and simple pleasures these climbs bring us.

[Editor’s note: This climb is located to the left of Los Tiempos Perdidos (900m, 90° M5+, Marsigny-Parkin, 1994). A large serac sits between the two routes. In 2007, Colin Haley and Kelly Cordes made the first and only integral ascent of this lower wall to the Col de la Esperanza and then up the Ragni Route (approximately 1,500m of climbing, see AAJ 2007).] 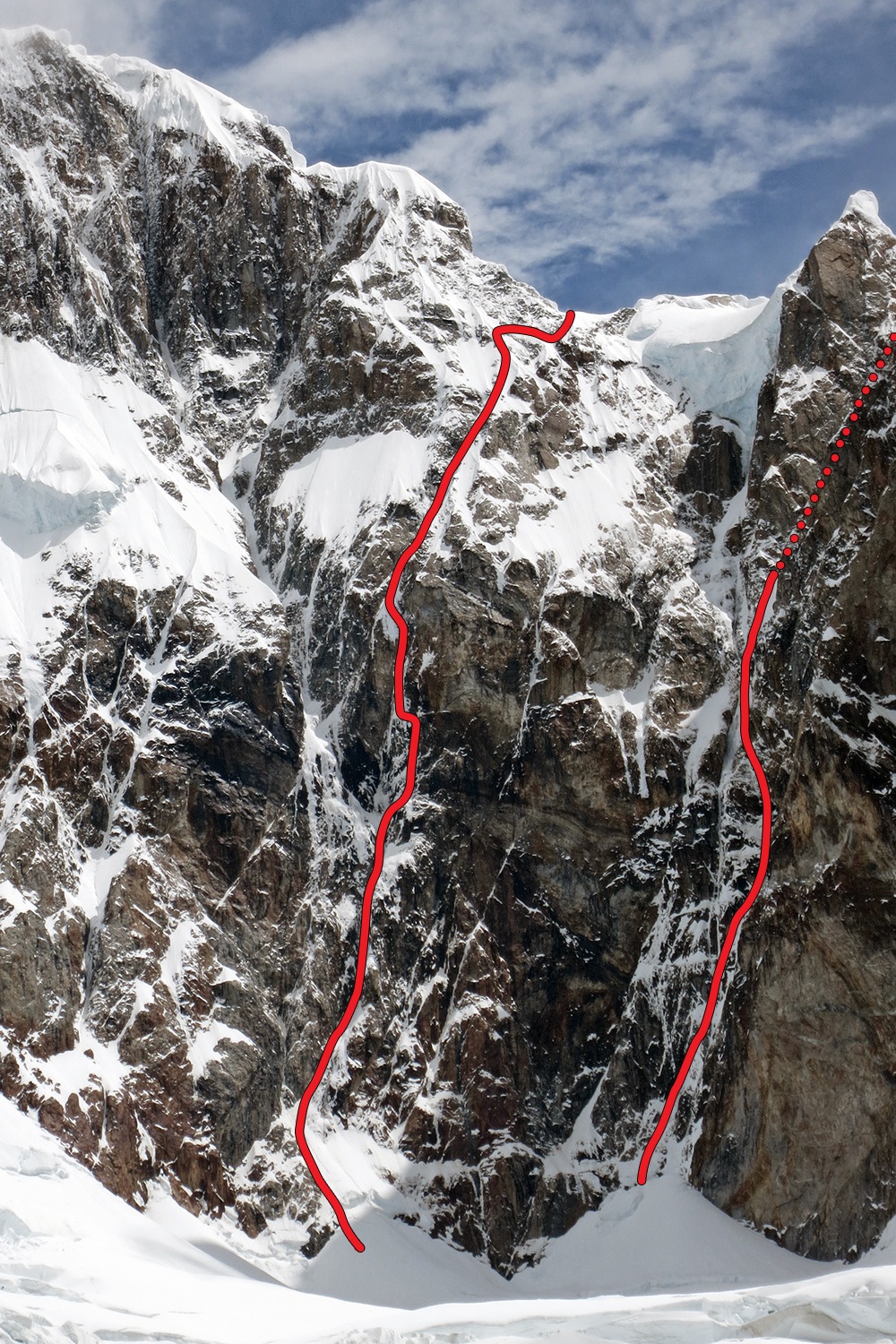