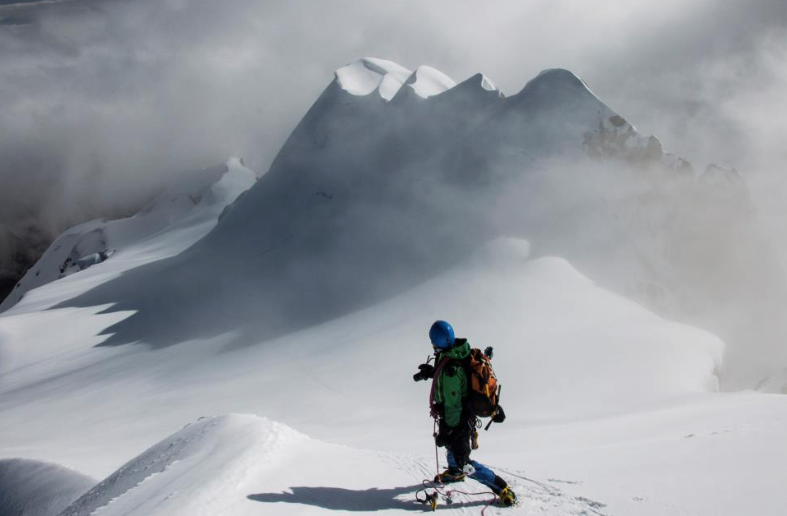 In late May and early June, Eleazar Blass, Quique Apallinario Villafan (both Peru), and Frank Nederhand (USA) established variations to existing routes on two peaks in the Cordillera Central. On Nevado Sullcón (5,650m) the group ascended a short variation to the normal northwest ridge route, climbing 5.4 rock and 45°–50° snow on the lower northwest face to gain the ridge and the summit (AD-). This variation is located just left of the Murgia-Vargas 2001 variant to the same ridge. On Nevado Paca (5,600m), the group climbed an initial rock variation to the Callupe-Marquia route (2006) up the northeast couloir and northwest ridge. The rock variation, climbed due to lack of snow, lies just right of the original route and involves mostly fourth- and low fifth-class climbing, with maximum difficulties of 5.7. The team then continued up the original route to the summit (AD+). [Download an extensive trip report with photos, maps, and more info about these climbs and the Cordillera Central.]