In July, Juvenal and Sergio Condori made a 44-hour, alpine-style traverse of the Condoriri Massif. Starting with the summit of Aguja Negra ("I" in the photo above), they continued over Ilusión, Ilusioncita, Pirámide Blanca, Pico Tarija, Huallomen (Wyoming), Ala Derecha, Cabeza del Cóndor, and Ala Izquierda. This amounts to a horizontal distance of more than 14km and total altitude gain of ca 2,000m.

At 3:30 a.m. on July 9, the two brothers left base camp on the shores of Lake Chiarkhota (4,600m), and three hours later, at sunrise, reached the summit of Aguja Negra. They immediately started their descent toward Ilusión, but the rock was so poor they were forced to place a bolt in order to anchor a 50m rappel. Poor rock continued all the way to Pico Tarija. Fifteen minutes before reaching the summit of Wyoming, the sun set and the two backtracked to find a bivouac site on rock. They used the ropes as mattresses, put their feet inside rucksacks, and covered themselves with a bivouac blanket. By 8 p.m. the temperature had fallen dramatically, and at 2 a.m. Sergio began to show signs of hypothermia, shivering, losing consciousness, and hallucinating. Juvenal was in better shape and kept his brother moving, but both were relieved to see the sunrise. They reached the top of Wyoming at 7:30 a.m. This summit gives the best view of the entire traverse.

They now began to descend unknown terrain, as they had been unable to find any information of a previous crossing of the ridge between Wyoming and Ala Derecha. The rock was loose and they made three rappels: the first of 20m from a length of rope wrapped around a pile of loose blocks; the second of 30m from a piton backed up with a small jammed knot; and a third of 15m, which led to the ridge leading up toward Ala Derecha. Tired, they reached this summit at 3:30 p.m., and two hours later the top of Cabeza del Cóndor. Now close to their goal, they descended a gully and then added more clothes for their ascent to Ala Izquierda. The pair climbed three technical mixed pitches by headlamp before reaching the summit at 8 p.m. They descended the southwest ridge, made a 30m rappel to the glacier, and after a shortcut across the pass in front of Pico Austria, reached base camp, exhausted but happy, at 11:15 p.m. They have named their difficult and often precarious traverse Alcanzando el Cielo sin Morir, and suggested a grade of ED2 6a AI5+ M4.

Editor's note: There is sometime confusion over the left (Izquierda) and right (Derecha) "wings" (Alas) of the Condor. Most reports, including those in past AAJs, will name the peak left (west) of the Condor's Head (Cabeza), looking at it from the south, as Ala Izquierda, and we have adopted this convention here. However, guidebook author Alain Mesili and Sergio Condori, in the original version of this report—not without a good deal of logic—take the view that the wings should be named from the perspective of the Condor itself, and thus call the wing to the west Derecha. 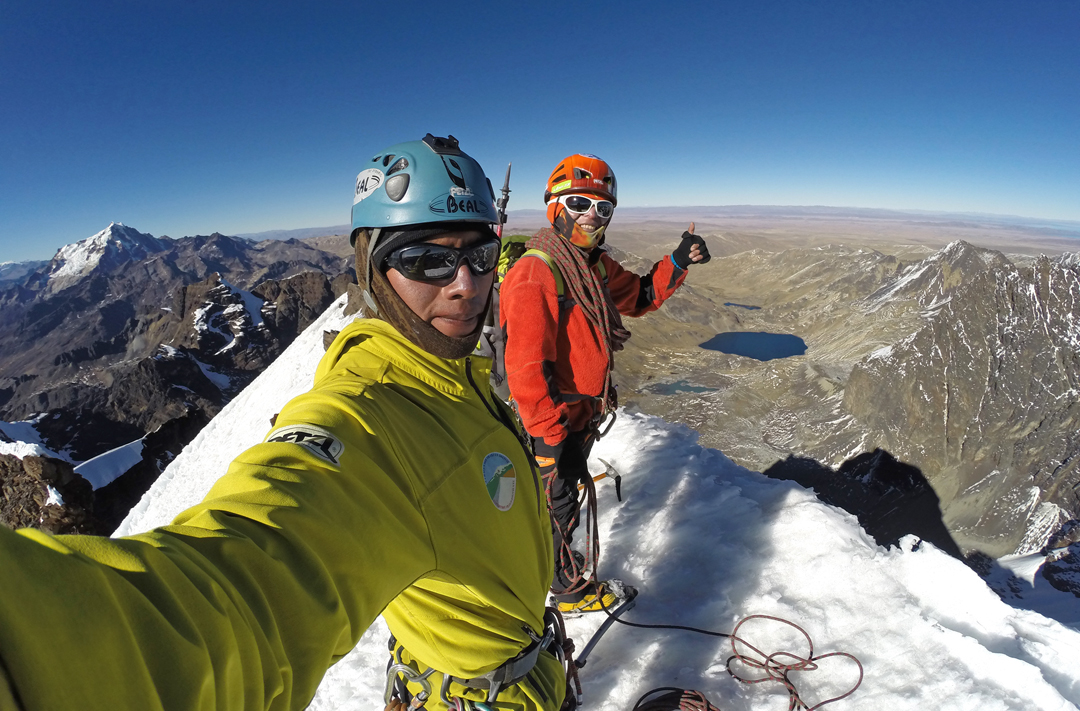 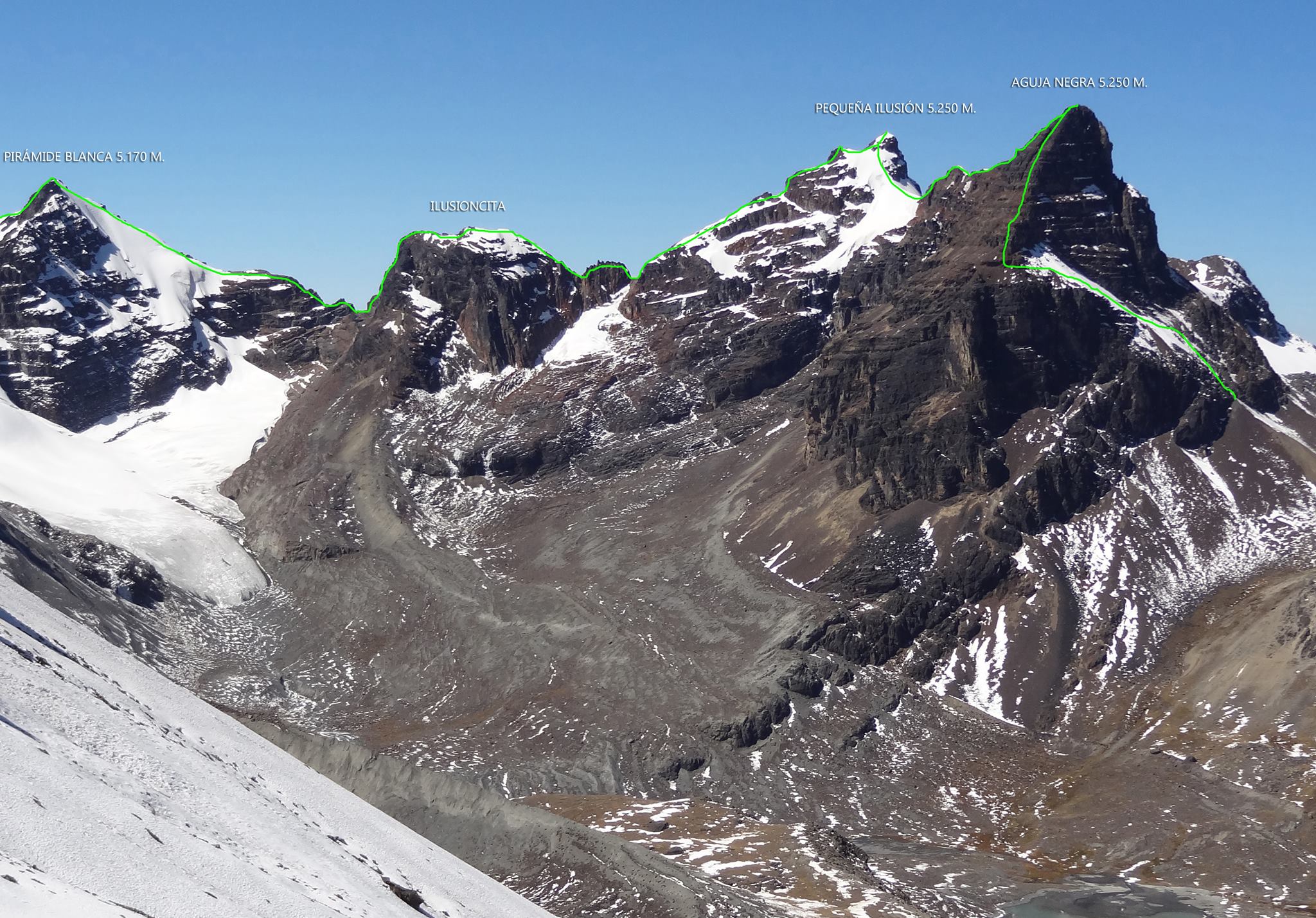 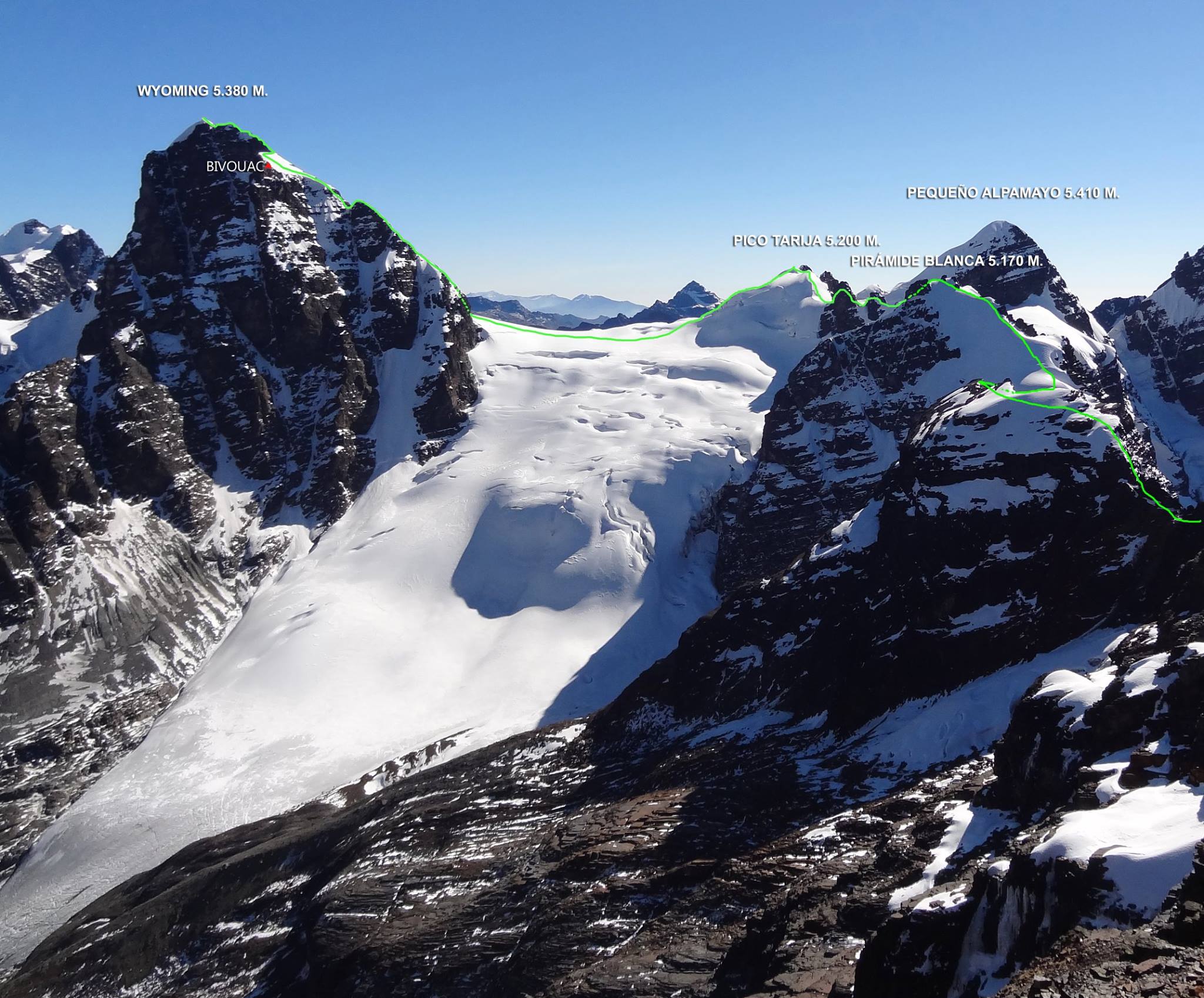 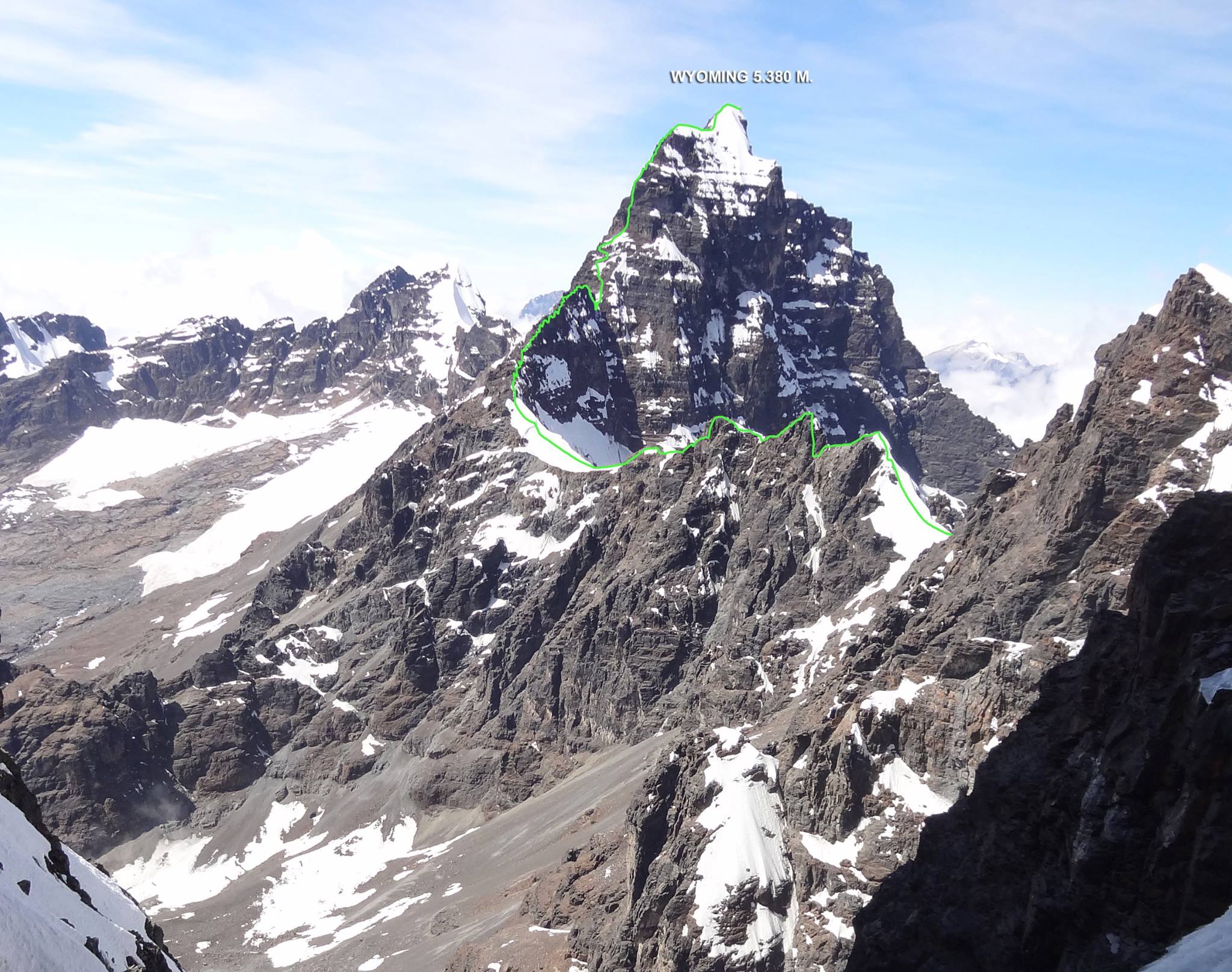 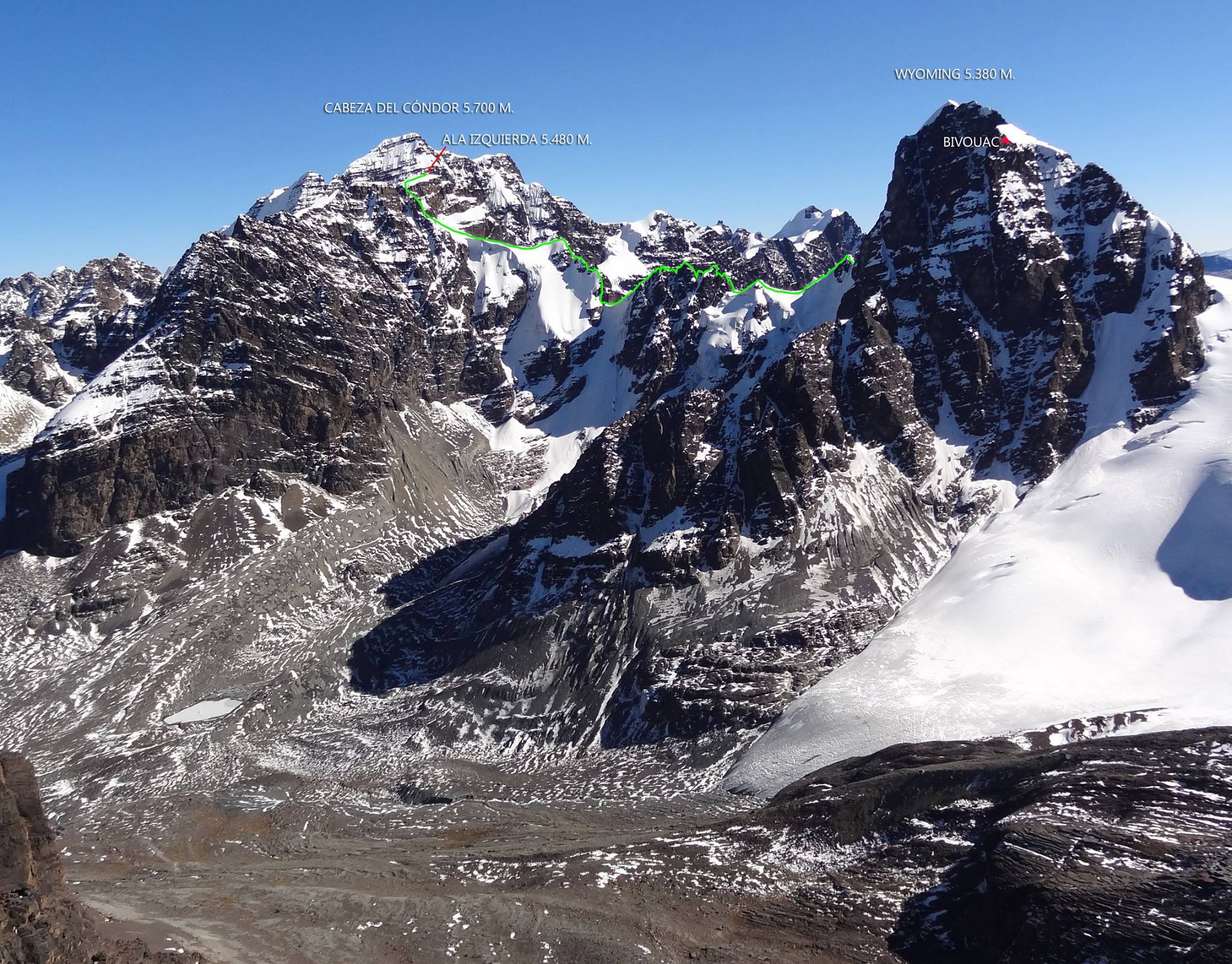 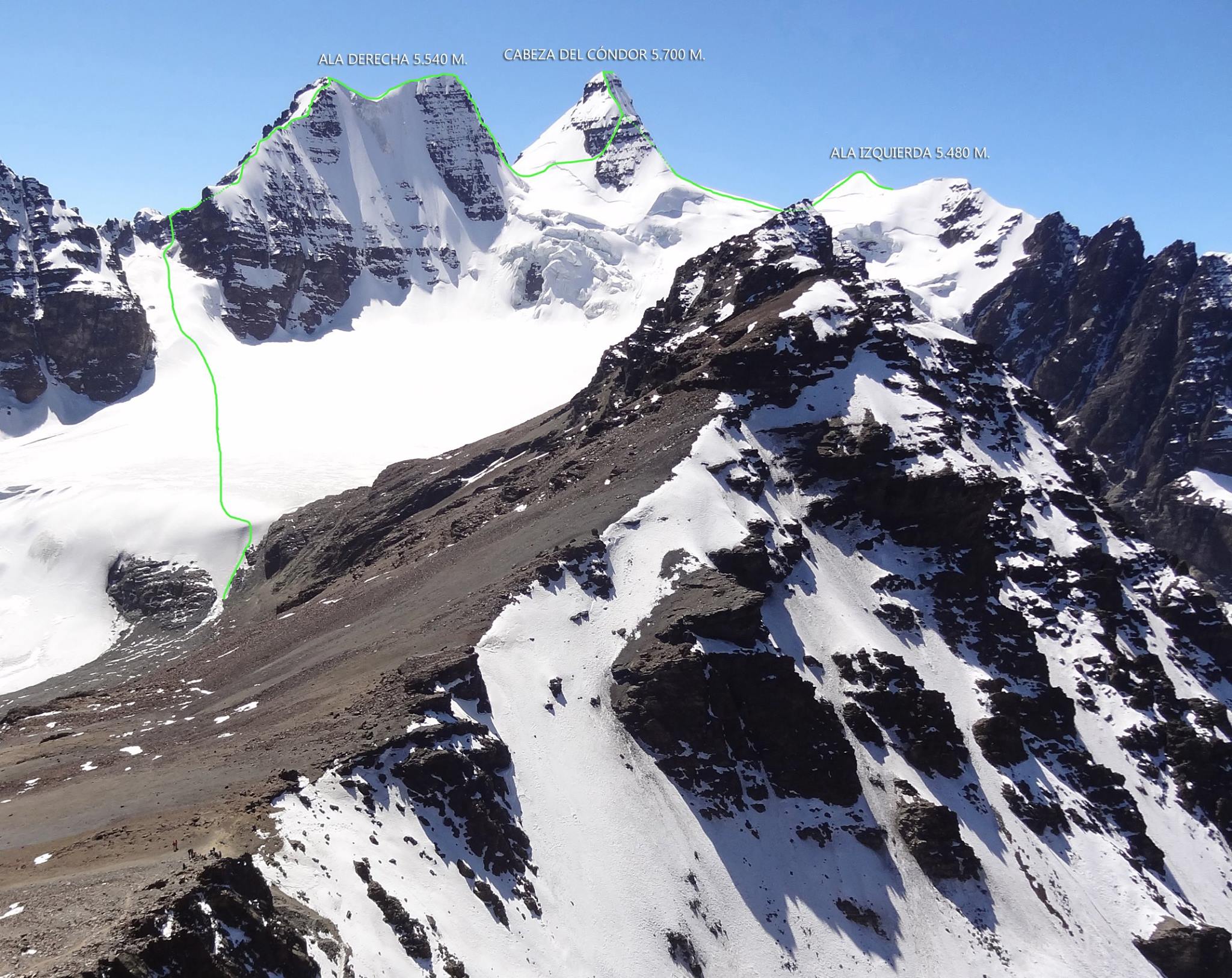