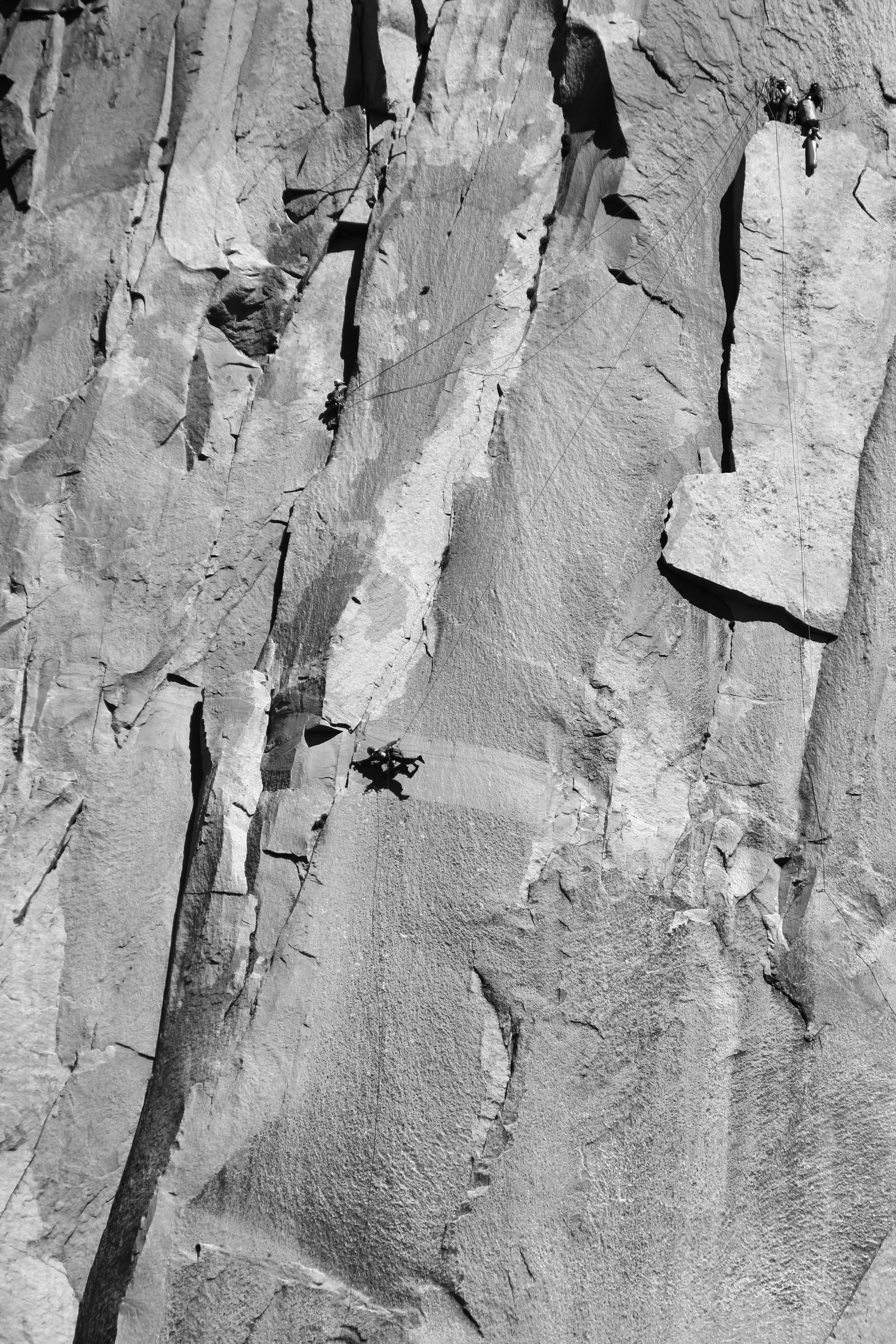 On May 30 a climber took a large pendulum fall while attempting the King Swing (a 100-foot pendulum from Boot Flake to Eagle Ledge) on the Nose route (VI 5.9 C2) of El Capitan. During the pendulum, the climber failed to gain holds allowing him to climb toward Eagle Ledge and consequently fell uncontrollably back across the wall, colliding with Boot Flake. Another climber on the wall witnessed the fall and called 911 to alert rescuers. The witness said the injured climber had taken a 100-foot, arcing pendulum fall, and afterward he had hung at the end of his rope unconscious for several minutes. After the accident he regained consciousness but complained of significant neck and chest pain, and had a large bruise on the back of his head. The climber’s partners eventually lowered him to a stance behind Texas Flake.

Because of the potentially significant injuries and decreasing daylight, two park medics were short-hauled to the patient. After an assessment, the medics determined it was safe to spend the night out and that they would lower the patient to the ground in the morning. The rangers monitored the patient as the three individuals spent the night on top of El Cap Tower. At first light the patient was lowered to the ground by a rescue team on the summit and sent to a nearby medical facility.

The climber was experienced and had reportedly climbed El Cap twice before—once via the Nose and once via the Salathe Wall, 20 years prior. Most climbers are lowered to several meters below Boot Flake before attempting the King Swing. However, the climber was not lowered sufficiently. According to the witness, the climber reportedly hit Boot Flake during his return swing, after losing control above Eagle Ledge.

Many people underestimate the speed and force that can be generated by a pendulum fall and the danger of striking an obstacle during a swing. These falls can potentially generate the same force as a vertical fall and can leave major organs and the head and spine more vulnerable to impact. While performing a pendulum, it is important to be aware of your surroundings and to assess obstacles that could be encountered while swinging across a wall in either direction. Head impact is the most serious injury you may encounter while climbing—always wear a helmet. (Source: Cameron King, Yosemite National Park Ranger.)