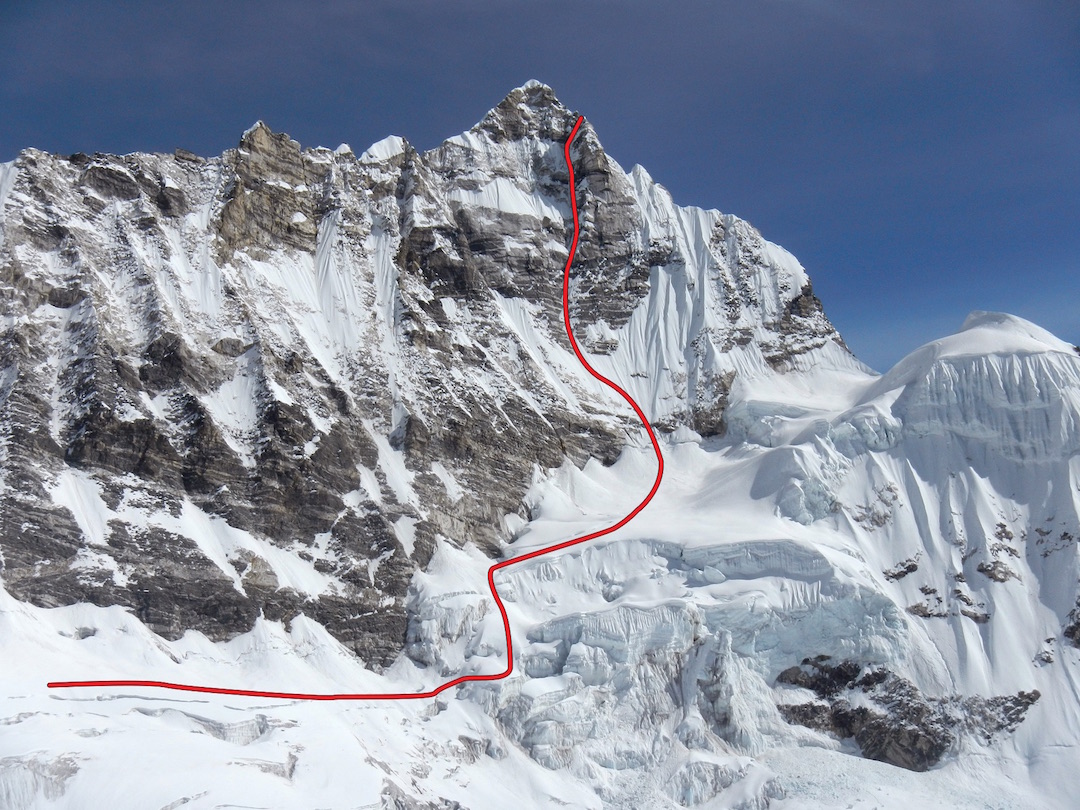 Following our autumn fieldwork season studying nearby glaciers, Ibai Rico (Spain) and I (USA but based in U.K.) planned several interesting lines from the Langtang Valley.

To acclimatize we explored the approach to the south saddle of Ganchempo (6,387m) from the valley immediately west [sometimes referred to as Nyangtsa Chu]. Encountering deep, unconsolidated snow left by Typhoon Hudhud, we made a small cache of gear at 4,900m and considered our options. After a rest day in the main valley, we decided to retrace our steps and climb Ganchempo via a camp on the saddle at ca 5,800m. We summited on November 9, finishing up the exposed south ridge (PD/PD+).

After our experience on the approach, we abandoned further ideas in this vicinity and moved to the base of the Kimshung Glacier, north of Kyanjin Village. After reconnoitring the steep ramp that gives access to the glacier, we elected to attempt an unnamed peak that lies to the east of the icefall outlet (28°15'10.51"N, 85°35'22.71"E, Peak 6,192m HMG-Finn map, forming the end of the west ridge of 6,567m Dragpoche/Dagpache). From the southeast corner of the Kimshung Glacier, an obvious and elegant central dihedral on the west face rises toward the summit. 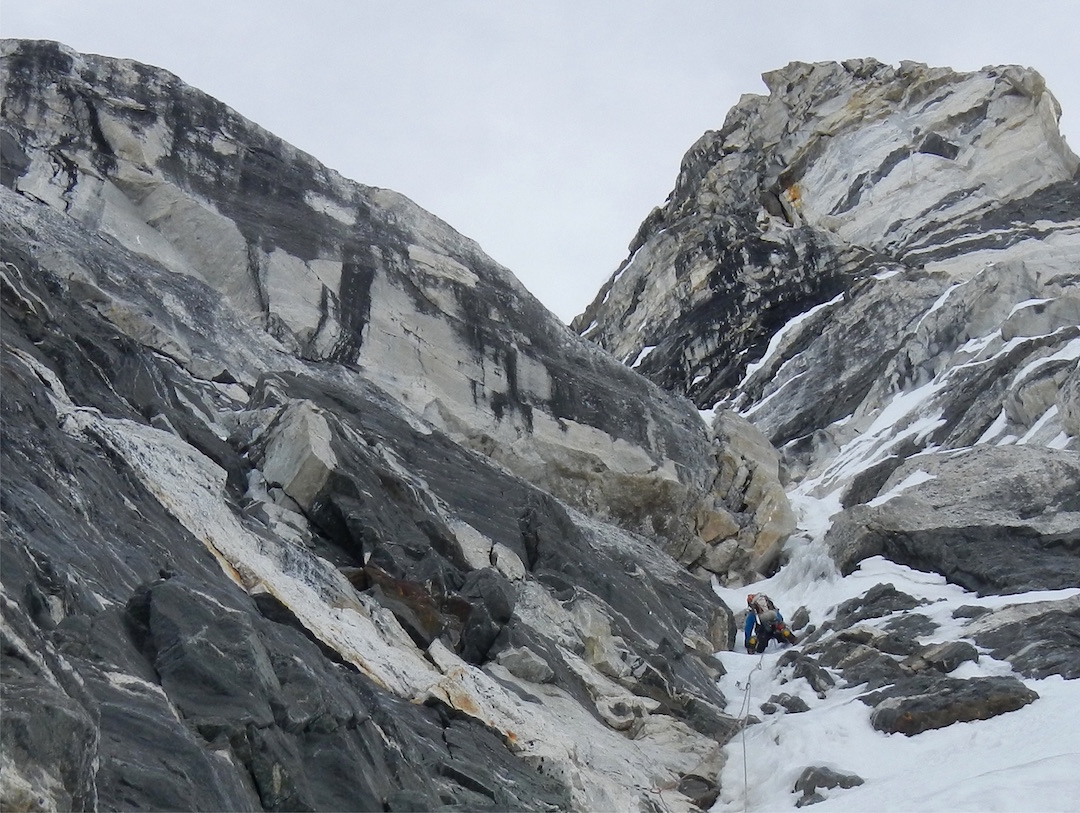 After a day at base camp we ascended the steep ramp and camped by the edge of the glacier. At 1 a.m. on the 16th we started a cautious traverse of the heavily crevassed glacier, post-holing through snow in bitter cold (-25°C) and strong wind. There was a challenging lead through the bergschrund's overhanging lip, after which we simul-climbed 250m (AI2) to the base of the large dihedral. We then belayed six pitches in the dihedral, which varied from cruiser 65° cork ice to dead-vertical, thin, poorly protected WI5+. There were also short mixed sections. We used many ice screws and a moderate rock rack, but some sections could only be protected by questionable pitons. The terrain did not break naturally into pitches, and we needed to make rapid belay transitions, then simul-climb 20m sections before finding a suitable belay. This resulted in mammoth 80m pitches.

The dihedral came to a natural finish at a notch on the south-southwest ridge. Above, 80–100m of loose rock led toward the summit. We reached that point late in the afternoon and left the summit for a future party. Our descent involved numerous rappels from Abalakovs and the occasional piton backup, and then a downclimb of the AI2 section to the bergschrund. We regained camp at midnight.

Next day I learned the cost of the climb: a blackened big toe. My big toe developed grade 3-4 frostbite, while two others were grade 1. Doctors in the U.K. expect a full recovery.

We named the route Burning Kharkas (650m, TD+ M4 WI5+ 90°), in memory of a fire that affected the research team during October 2013. It destroyed expensive scientific equipment as well as all members’ climbing gear, preventing exploratory climbing in the zone.