Not far from the famous peaks of Kangchenjunga and Jannu, the Dudh Pokhari (or Yamatari) Glacier basin offers beautiful peaks for lovers of unspoiled corners of the Himalaya. Boktoh, east of the Lapsang La, has a steep and impressive north face. The main summit (6,114m) was climbed in 1991 during the Slovenian Kangchenjunga expedition, when Marko Prezelj, Uros Rupar, and Andrej Stremfelj ascended the east ridge from the south, while acclimatizing for greater things. The central summit (6,037m HMG-Finn) was believed to be unclimbed.

Hélias Millerioux, Rémi Sfilio, and I arrived in Kathmandu in early October, and on the 11th set off for Taplejung. Boktoh is in the Kangchenjunga Conservation Area, a protected region where trekking permits and a Nepalese guide are required. After 16 hours on a bus and 10 hours on a jeep (where there were 19 people crowded into nine places) we reached Taplejung, and on the 13th, with five porters, set out on foot. Happy, finally, to stretch our legs, we took four days to reach Ghunsa, where we took a day’s rest. On the 18th we set off to acclimatize, eventually reaching a 5,400m col opposite the mountain, where we spent the next two days reading books and studying the north face of Boktoh. 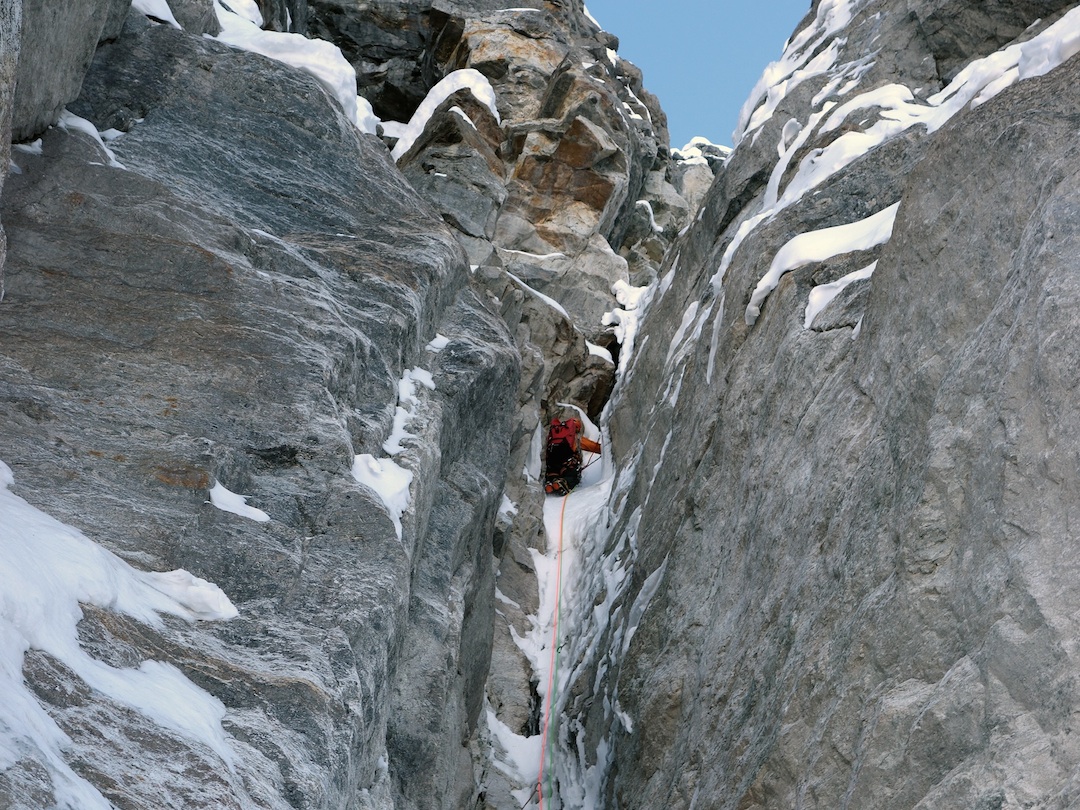 There were three lines on the north face. We dismissed one as being too threatened by serac fall; the other two were both attractive, and we opted for a couloir on the right, leading to the west-northwest ridge of the central summit.

We then made two attempts on the line. On the first, we gave up quickly in heavy snowfall. We decided to hide our supplies before returning to Ghunsa, as Nyunchutui (snow leopard) are known to frequent this area.

We returned to advanced base on October 29 and set sail at midnight, reaching the bergschrund (4,600m) in two hours, and climbing the first 300m snow/ice slope by daybreak. Technical alpinism in the Himalaya normally follows a pattern of climbing economically during the initial days, then giving it all on summit day. We did exactly the opposite, prompted by the configuration of the face and the reasonable altitude.

Rémi opened play with a steep pitch of WI5. The route continued over ice and mixed toward a very steep corner we had scoped from below. This was the crux: Iced chimneys, delicate mixed, very steep ice steps, and poor protection kept our nerves on edge. Night caught up with us after these three difficult pitches, and we began to feel the altitude. The last 30m to the ridge should have been easy, along a straightforward snow slope. However, with totally unconsolidated snow it took almost as much time as the technical pitches. Finally, 23 hours after leaving the tent, we arrived on the ridge at 5,600m, where we made our first bivouac. The 950m couloir below had contained passages flirting with WI6 and sections of M5. We chopped out a tent platform and finally got to sleep at 2 a.m.

We woke at 6 a.m., were slow to get started, and left at 8:30, deciding to avoid a rock buttress on the arête by dropping 100m down the south flank to a hanging glacier, then ascending this and rejoining the ridge via a couloir. After 400m of mixed climbing we were back on the crest at 2 p.m. Progress along the ridge was now painfully snow, due to unconsolidated snow and exposure. At 5 p.m. we stopped for our second bivouac at 6,000m, where the ridge terminated on a small glacier plateau. 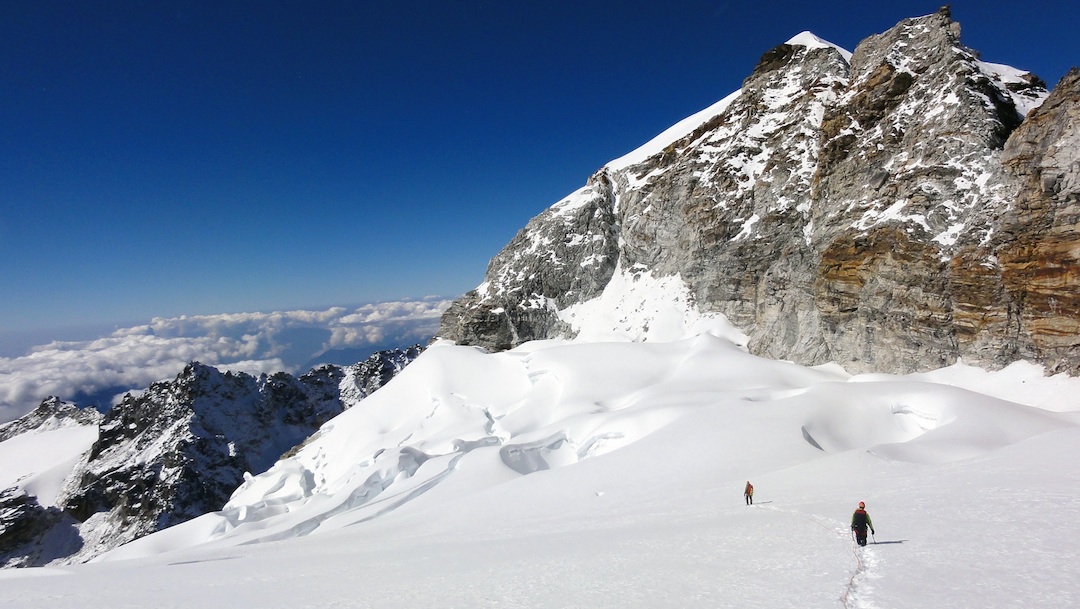 Less than 1km now separated us from the main (east) summit of Boktoh, but due to snow conditions we abandoned the idea of traversing to this summit and descending the original route, and settled for the central top. (This had no recorded ascent, but one can’t rule out the possibility of an unauthorized climb.) We measured the height as 6,074m. We reached the top at 9 a.m., happy-ish but feeling a bit like a cat that has climbed a tree and now wonders how to get down. Our meows, however loud, would have no effect. Toward the southwest we saw a glacial plateau leading to the top of a spur (designated Boktoh Southwest) that appeared to drop directly to Lapsang Pass (5,100m). We decided to chance our luck.

Descending 300m of ice flutes to reach the plateau, we crossed it slowly to find there was a series of arêtes descending west-southwest toward the valley. There were several possibilities but only one solution, starting to the south of Boktoh Southwest. Finally, after much downclimbing, several rappels, and a fine snow couloir, we reached the pass. It was 4 p.m. and we were amazed, as we thought a bivouac was inevitable during the descent.

Ghunsa and dahl bat were only six hours away, and the prospect of more synthetic food at advanced base had no appeal. We rang our Nepalese friends in Ghunsa to order the meal, then set off. This should have been straightforward, but we lost the trail in the night, ended up playing bushmen in the forest, and waded rivers up to our waist. We reached the village at 11 p.m. Our summit success was not good news for everyone in town: Next day we celebrated by eating a number of chickens. We named our route Nyunchutui and the Snow Cougar (1,400m, WI 5+/6 M5 90°).