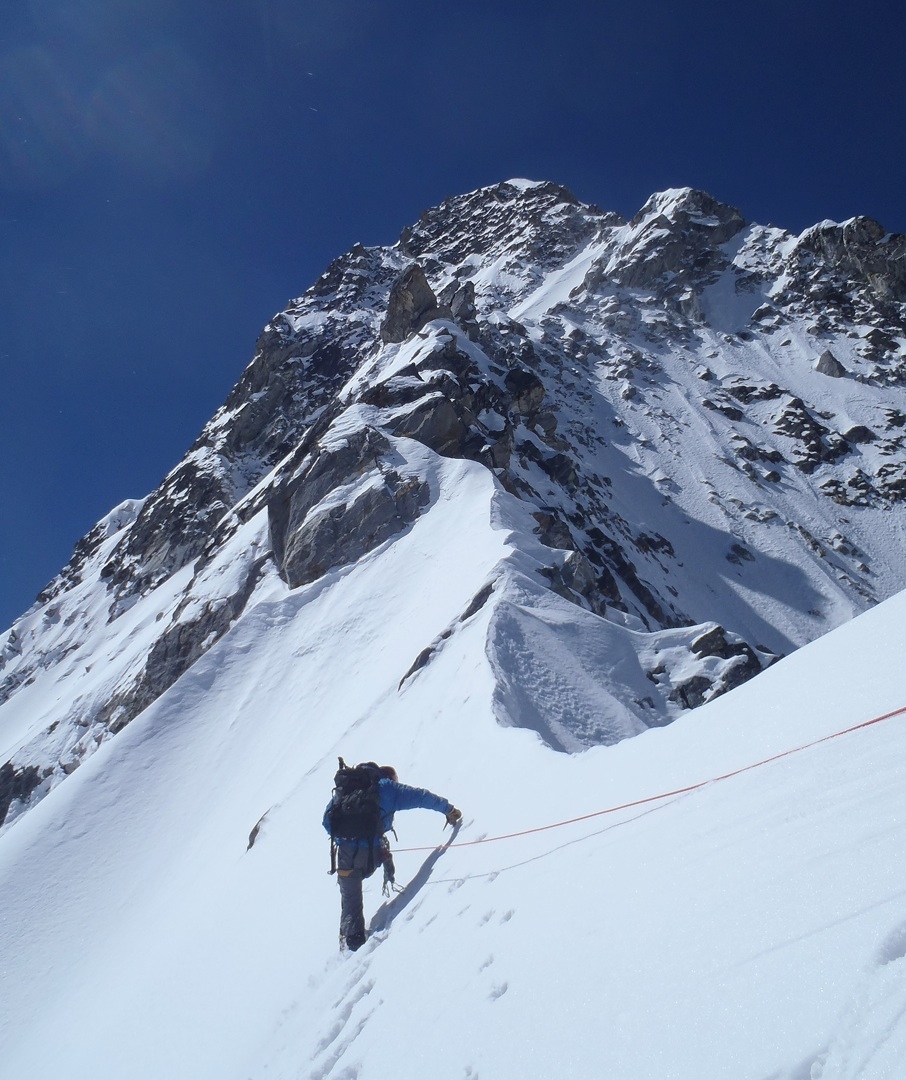 On April 22, Dave Barker, Phil Booth, Ken Hopper, Rory Sellar, and Paul Vardy (U.K.) made the first known ascent of Lumba Sumba Peak (5,740m), the most easterly and lowest of a collection of three summits sometimes called the Three Sisters.

The remote Lumba Sumba Himal lies between the massifs of Makalu and Kangchenjunga, with Lumba Sumba Peak situated just south of a recently developed trekking route connecting the Tamur River Valley in the east to the Arun Valley in the west. The high point of this trek is the Lumba Sumba Pass at 5,155m.

Vardy had worked in the area north of Taplejung, and during that time had trekked to within two days of the mountain. Booth and Sellar had trekked in the Arun and were keen to explore the mountains to the east. However, difficult snow conditions, problems with routefinding, and confusion among porters as to the exact location of a base camp meant that by the time the expedition reached the area they had only four days available at or above base camp instead of the intended eight.

Approaching Lumba Sumba Peak from the north through deep sugar snow, the climbers crossed the long north ridge, making an advanced camp at 5,160m. Next day they followed a wide hidden couloir leading to steep ground at the right edge of the northeast glacier. Above this steep terrain they were able to follow the glacier and climb steep snow slopes to the crest of the north ridge, which they followed for 250–300m to the summit. Given conditions on the day, the overall grade was considered to be TD–, with sections of Scottish III. The team was fortunate with its timing. Unstable weather was the norm, and there were only four days on which it didn’t rain or snow between 2 and 4 p.m. However, two of these days coincided with the summit push.

Lumba Sumba and Lumba Sumba Peak appeared on an earlier list of permitted mountains, with heights of 5,670m and 5,672m, respectively, but with no coordinates. By cross-referencing information and photos from trip reports detailing the traverse of Lumba Sumba Pass, using up-to-date maps and Google Earth, the team was able to determine that Peak 5,740m on the HMG-Finn map was Lumba Sumba Peak. In 2014 the Ministry of Tourism announced that it would be promoting all summits below 5,800m as trekking peaks, which would no longer require permits. It is therefore assumed that the Lumba Sumba summits will remain open for climbers to enjoy.